Well, it could maybe be seen (by a stretch) as a spiritual successor to the Ranchero which was also passenger car based, and unibody for a great amount of its lifetime. Though I see the crew cab as a kind of bad compromise, making the outer dimensions a bit on the big side (IIRC it is about as long as my Nissan 720) while not offering much of a loadspace. The little Skoda Felicia pickup was kind of popular here, those things were tiny and the question is if the Maverick could fit anything in its bed that wouldn’t fit in a Skoda. I really would have liked to see a single cab version of it.

You see Silverados, F-150s, Dodge Rams, and Toyota Tundras all day…where ever you go 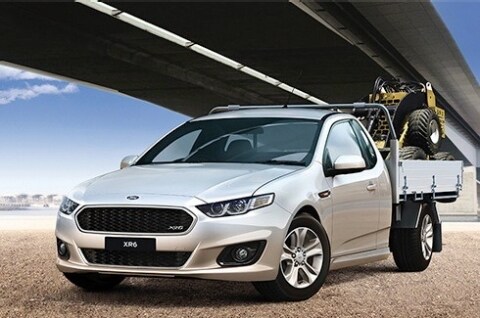 Not even that, more like Tahoes, Yukon, Suburbans, and ever other 4dr Suv are the new family “cars”.

What is that thing? The front looks like a Fusion and a Taurus.

Falcon with a more utilitarian bed I guess. And I bet it’s half unibody, half frame. Interesting, I wonder if those were factory made.

What is that thing? The front looks like a Fusion and a Taurus.

I wonder if those were factory made.

It is factory made, that pic is from the official Ford of Oz website.

The one that gets me is the use of touchscreens, because it makes close to zero sense from a functional standpoint.

On phones, it makes sense. Each button makes the phone larger, and using a touch screen allows you to maintain a large input surface and a large output surface. It makes the device more portable and more useful.

In a car, portability doesn’t matter at all. It’s in a giant box of metal, there’s more than enough space - especially with cars getting bigger and bigger. There’s more than enough room for output space too - and, unlike a phone, the natural output location is different to the natural input location. When you move to a touch screen, you sacrifice all potential for tactile interaction. Touch screens to control stuff like AC and Radio are actually worse than buttons. Manufacturers are making their cars less usable and sacrificing function to follow a fad.

You certainly have a point, especially about that AC and basic radio stuff, but modern cars have so many functions and options that controlling them all with buttons would require a serious keyboard (just take a look at some previous generation Opels, for example). So while I agree that all the basic stuff should have physical controls, there’s also much rarely used things that could be condensed into the touchscreen.

PS Example - my mum’s prev gen 2008 has sixty pages in its manual dedicated solely to the touchscreen. Without it I guess that half of the dashboard would be covered in buttons

And that’s not the most advanced of cars for sure.

Compare the “one size fits all” 100% touchscreen-based car interior design policy of today to the forest of buttons commonly found on cars of just 25 years ago - as shown on this 1997 BMW 750iL (E38): 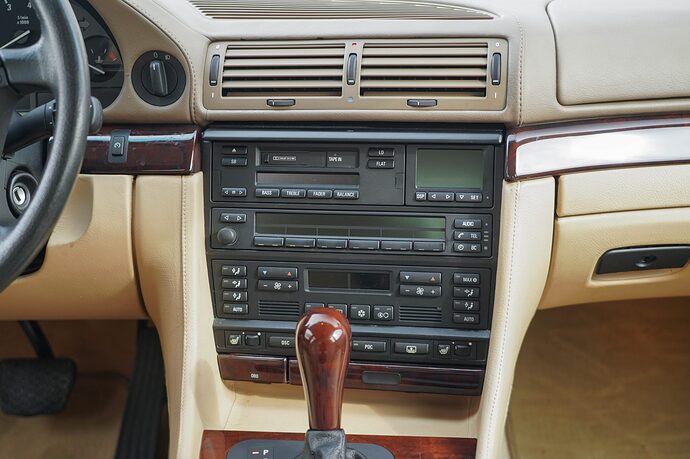 Back then, nobody complained about a center stack filled to the brim with a separate button for every single command - but eventually it started to get out of hand, and to that end, we should keep this in mind:

all the basic stuff should have physical controls, there’s also much rarely used things that could be condensed into the touchscreen.

So as a compromise, I’d rather have a main screen with just the right number of physical dials and knobs for backup.

I agree that there’s a few too many functions for buttons, but a touch screen requiring 60 pages isn’t a good solution either. If a function is buried 3 sub-menus deep, you either aren’t using it, or you are having a massive pain point to use it. Neither of these are good. There’s only a very small window where there features are not overwhelming on a touch screen but would be excessive on physical buttons.

Back in the day I was one of those people who loved buttons in cars, the more the better was how I felt. In my car detailing days I was able to sit in a lot of nice cars and the one that awed me the most was the Chris Bangle designed BMW 7 series. I remember being amazed (and still am to this day) as to how many physical buttons were in that car. I remember reading reviews of 2010ish Hondas and Acuras as to how they had way too many buttons on the center stack. If I can remember correctly, an Accord was said so have somewhere around 32 buttons on the dash. Overkill? Depends on who you ask. I like screens too but not to the point of being over engineered. There are definitely some cool features that are integrated into screens, but there are some that are so cool, that they make no sense at all…to me anyway. Case in point, the Porsche Taycan. Why in the world should you have to pull up a screen menu to adjust the VENTS!!! An action that’s a no brainer for most of us has turned into an event in the Taycan. As cool as it is, that would piss me off dearly. As cool as screens are, it’s getting borderline ridiculous…New Jeep Grand Cherokee anyone?

I think that the W203 C-class I had was a great compromise there TBH. The centre console was not overloaded with buttons and the more rarely used functions could be reached using the steering wheel controls, the screen was mounted in the instrument cluster, not much need for either taking the hands off the wheel or the eyes from the road.

Though, of course, I realize that modern cars might have more gizmos than a 20 year old C-class that may complicate things. 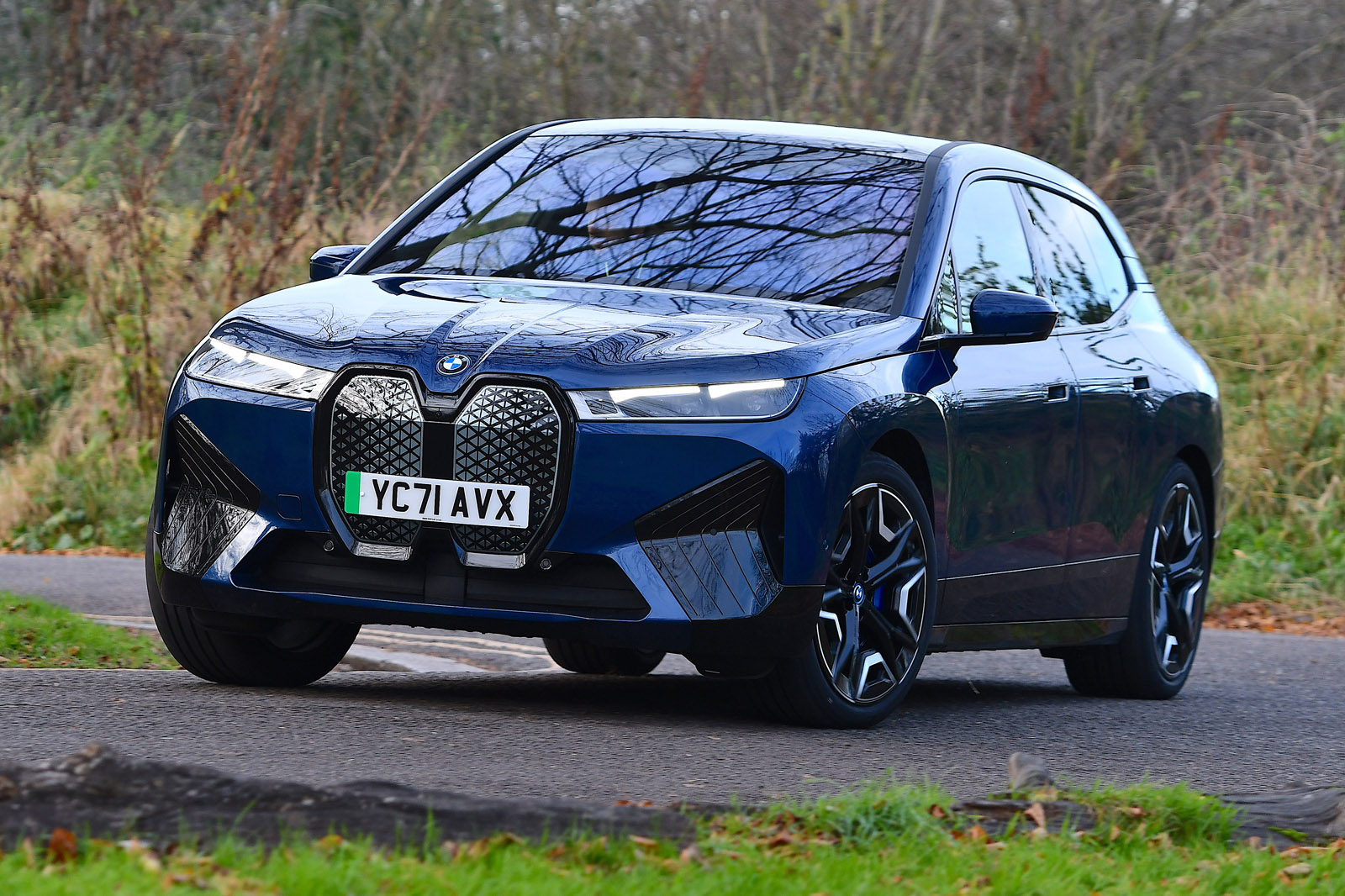 Has ride refinement you won’t find elsewhere and is agile for a big car. A few frustrating ergonomics, though

Somehow the styling department at BMW must have gone completely overboard lately. I don’t even know where I should start about this, I am more or less speechless…

I think it’s a lot of mainstream EVs in general.

I don’t get companies fascination with weird.

Make more shit like the Ioniq 5, Honda E, and less “Slapped some edges and angles on a normal car” or “B L O B”

The reason for their fascination is that it instantly catches attention and looks new, and that (with looking expensive) is enough for many buyers. It isn’t even meant to look good in a conventional sense.

A car imitating Adolf’s face. Because of some kind of internal aggressiveness, I don’t like many BMW cars.

I actually like the new BMW styling, as it has this bold look that I personally think makes this car stand out without looking ostentatious, as it still maintains the BMW grille. It also looks distinctive, which is a quality that I do appreciate in luxury cars.

However, I do have some of the most bizarre taste in cars, so very few people agree with some of my opinions.

Even my 2006 Accord makes you go into the screen to alter fan speed and where air goes (aside from front and rear defrost), and to switch A/C on/off. Granted it’s a much simpler system than a modern infotainment unit, so it took me basically no time to adjust. I figured it out on the test drive with no prior experience in about 5 minutes before I even bought the car.

I actually like the button-heavy systems of the late 2000s, early 2010s Hondas/Acuras. Granted I’m a Honda technician by trade and someone who’s personally owned more Hondas than anything else (although I’ve only owned 1 Honda with such an infotainment system, my 06 Accord, which I’ve owned for just over 1 month), so I’m just used to it more.

Some people can’t stand all the buttons and techno wizardry. As overkill as some of it may be, I’ll admit, I love it. I’m a nerd when it comes to that shit.