So, what do you guys think… i can’t decide if i’m going to go with replica car or original?

I would like to send them both, but as the rules states one submission, and i have a hard time chosing. 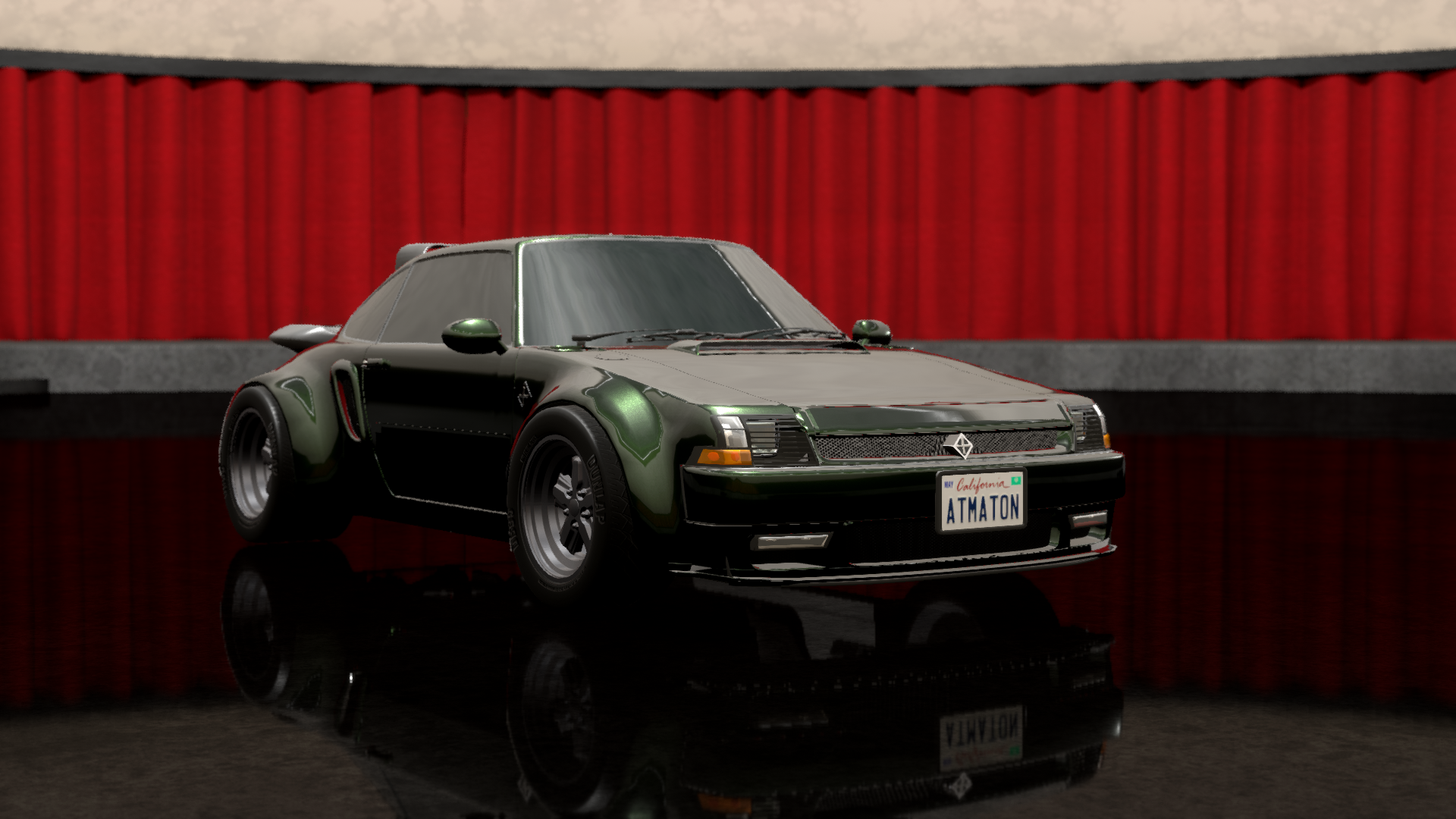 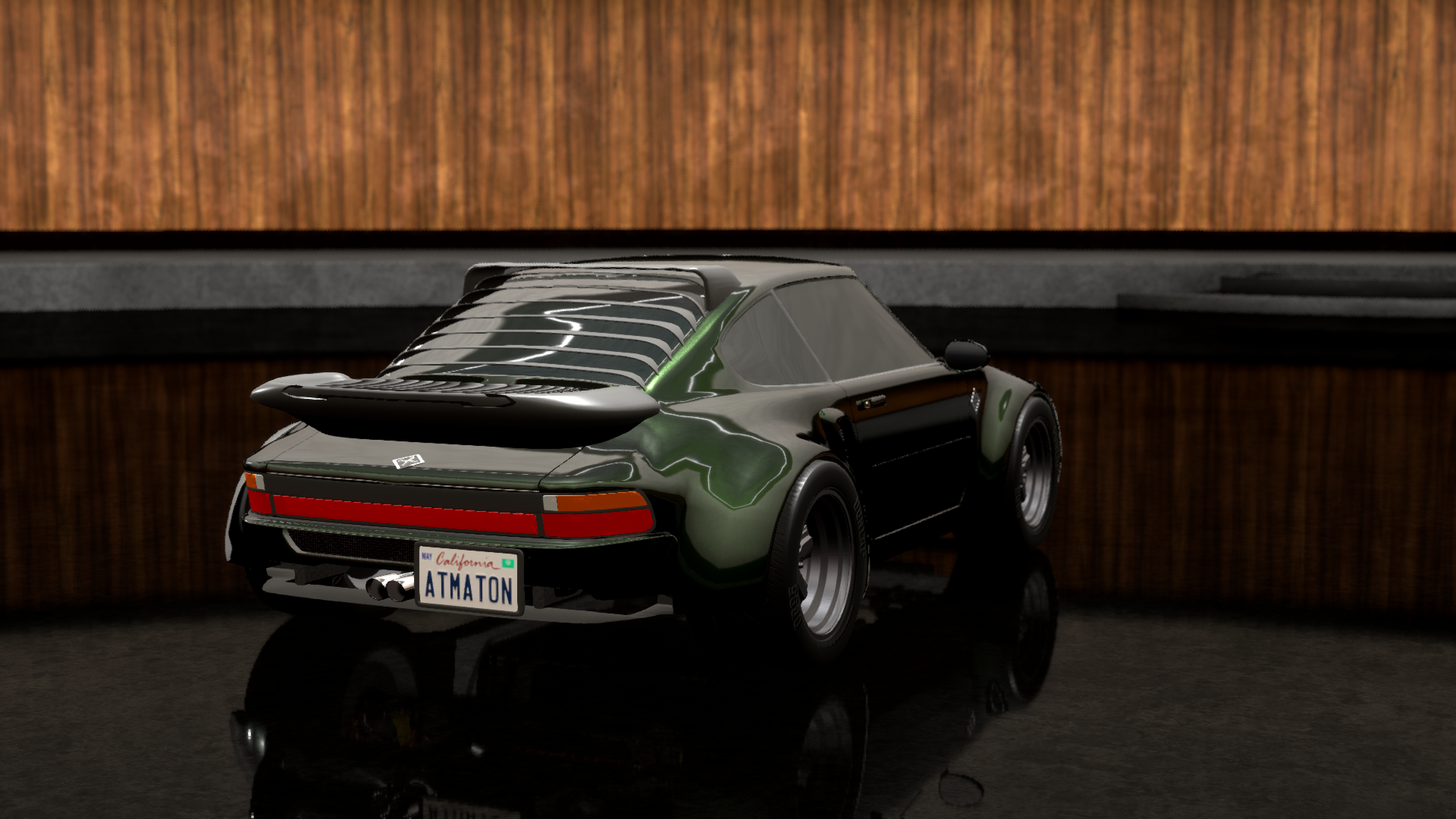 Some quick and simple numbers for you about the Mystletainn:
410 HP
1100kg

The RX7 is iconic as a sports car and we’ve not had many JDM Type entries… so personally, I prefer that - but they both look great!

looks awesome! looking forward to benchmarking it in the comp.

Just so you know guys - you can submit anytime on the 15th, I won’t scoop the entries until the 16th…

The Boulder Boxline SW4 was a bespoke version of Boulder’s Boxline SWB compact SUV, featuring 4-wheel independent suspension, fiberglass bodywork with huge fender flares, and a turbocharged, AWD layout. It was intended to compete in Group B rallying. However, by the time the vehicle was ready for competition in 1985, Peugeot’s tube frame, mid-engine 205 T16 had proven that production-based, front-engined rally cars were no longer truly competitive. The Boulder competed in a few events in 1985 but was not particularly successful.

In 1986, rather than creating additional homologation or competition models, Boulder took the widebody, fiberglass frankenstein of a trucklet in a different direction. The RSTT (RWD, Street, Twin Turbo) changed the homologation special into a brawny, luxurious muscle truck. Instead of the proprietary, high-strung 2.1L DOHC I5 turbo from the rally homologation model, the RSTT used of a modified version of a large, aluminum-block SOHC V6 already in mass production. Featuring a 4 valve head, electronic port fuel injection, twin turbos, and a displacement of 4.4 liters, it sends 350 hp to the rear wheels through a 4 speed automatic. The interior borrows from the Turból parts bin, with deep bucket seats swathed in rich velour and thick application of sound deadening. ABS came standard, a first for any Boulder model.

I admit this was a bit of a rush job. I hadn’t initially planned on entering, but after work today I was curious to see if I could modify one of my Group B cars to fit the criteria, which, by the time I had got there, I would have felt silly not to enter it. In hindsight, it would have been wiser to use mu pre-existing ‘85 Premium GT car as a base rather than a rally car, but too late for that now. Styling is more basic than I would like, but I was up against the clock. I also didn’t get the chance to test it in beam, so how it performs will be interesting, to say the least.

im too lazy to make anything but here

a revamp of the car i made for another challenge that i forgot what the name was… originally a 1982 car. the Grehet Supremacy.

Motor World Review, August 1982 Model Year-In-Review Edition (Side note – you will notice one of the category winners has a lower RR than some of the other entrants. This is because they won their overall category before penalties.) Best Entry-level Car – 1982 Vermillion Igni 1900 Relative Rating: 100.00 [obraz] Vermillion seems to be a perennial contender for the Best-of titles every year. This year, they take top honors again, with the Igni 1900. Among its peers, the Igni stands out for…

Where are the results of the challenge? Or did I miss something?

In his Discord group man. Your car did pretty fuckin’ well and went to the finals.

Oh cool! Thanks, but I find Discord quite cumbersom and impractical. By time, I’ll take a look. Thank you!

Np, man.
Discord does seem daunting at first tho ngl. But 3 years of usage later, it feels much better to me. Cheers and GL with your car!

Okay, and in which channel can I see how the entrants did? I only see fractals of conversation and some cars with no ratings.

places 17 to 21 were eliminated on points.

Positions 11 to 16 were given a drive off - the weakest two were then also eliminated.

Both the Marilyn works and Noob Entusiasta cars suffered from a heavy engined mid-rear setup which means they had a lot more pendulum effect than the other cars - neither would have had much of a chance against the other entries - which are all very high quality!

I’m going to drive all the entries quickly, and eliminate any that stand out as poor to drive or fundamentally dynamically flawed.

The rest will get lots of drive time which will be recorded - the lowest-scoring cars from the first round will be driven on video first, this gives the high scores a better chance as I’ll have more track time on the course.

The entries have been super high quality - so its easy to get knocked out and I am sorry to everyone I have eliminated! However, this is a brutal one winner only competition soo…

After the first round of video driving, I think I’ll narrow it down to a final 5 - and then decide a winner and final order for the top 5 there.!

First and second round of Eliminations

I’m anxious to know the results!

Oh wow, I can’t believe my entry topped the stats part! Literally a first in any comp for me

You may be pleased to know that it also squeezed past my (unofficial) entry by about 4 points, albeit I am running on a 50% budget penalty, but on the other hand, in this particular challenge, it’s actually difficult to run out the budget so that doesn’t count for as much.

Ahm, so, how’s it going? Challenge ended? Who won?