Thanks a lot man 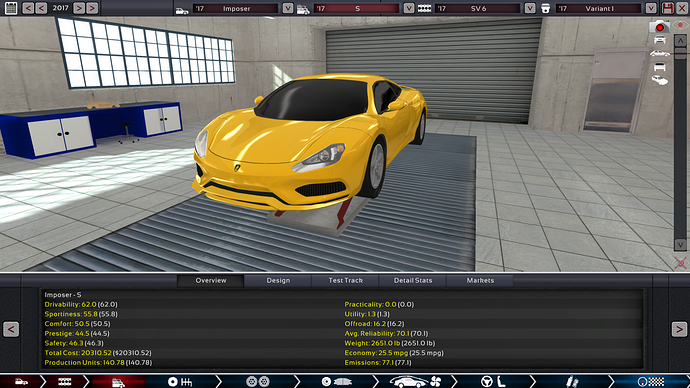 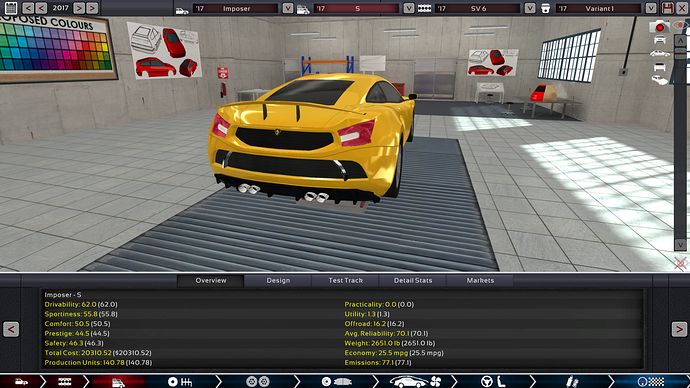 This is the S trim, with a small V6 creating only 334 horses. This is not the trim featured in the teaser.
Ha, 0 practicality. Of course. 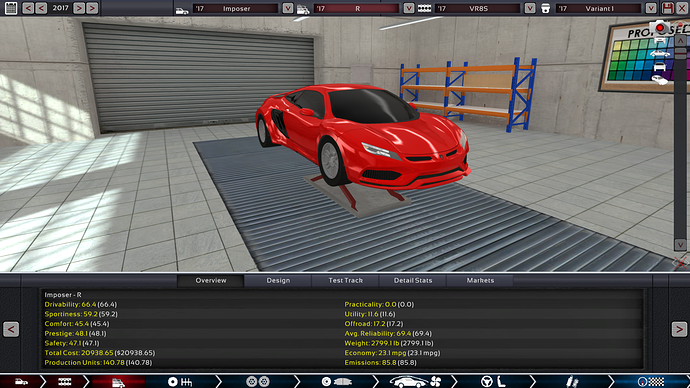 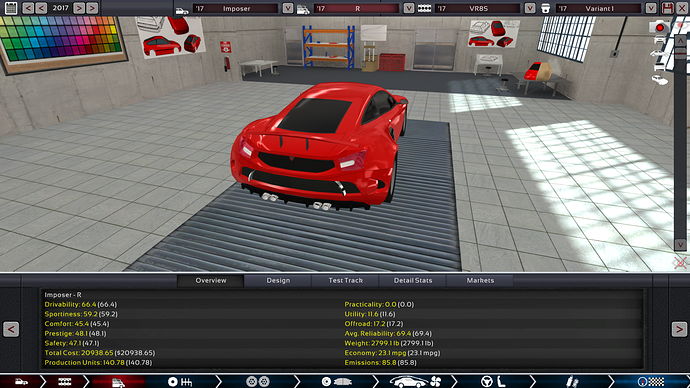 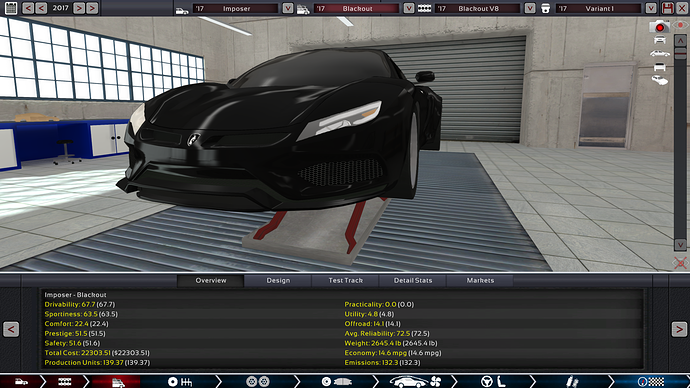 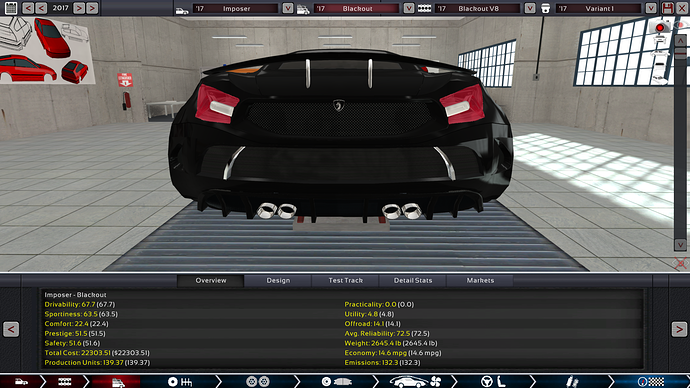 Imposer - Blackout-6.png1920x1080 1.63 MB
This the highest end, racing-intended “Blackout” trim, reserved for only the most insane drivers. It has a V8, but with a twin-turbo setup. It’s the one that was featured in the teaser and it makes 483 hp. That’s what that number was.

Wait, what is that? That, on the horizon?
Is that another Nitrex? Here to surprise us?
Yes, it is! 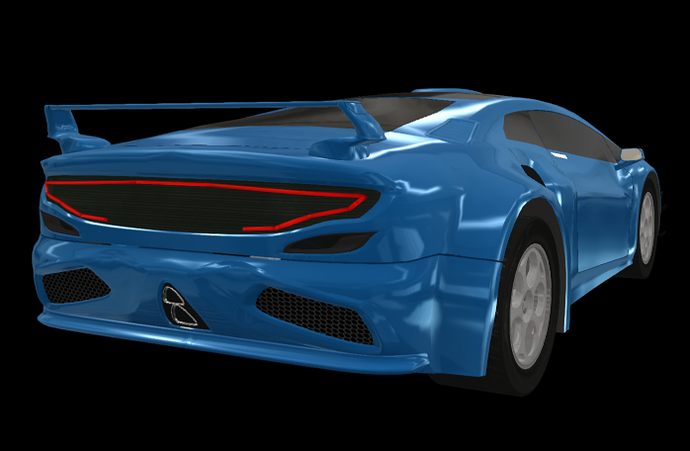 2000 hp is awesome yes, but i’d like to see some more performance data. He’d still be out accelerated from 0-62 mph. lol.

This it the Nitrex NS17 GTXR “Notoria.” It’s a very exclusive, one-off car, based off the NS13 supercar.
It was the reason Nitrex went bankrupt. Only six will be released to the public for purchase with an MSRP of $2.1 million dollars, and one Notoria will be given away to Niki Lauda if he wants it. If not, it’ll be sold as well.
No Notorias will be shown at the show since they can’t really be repaired or replaced, but the Imposer can be, as long as people buy the Notoria!

I thought the Veloci was the craziest car on show this year… Well, looks like you’ve just taken that honor!

The imposer is the perfect competition for the Saratoga…awesome.

yeah AMU (automation money units) is the accepted value…or you can use the gold method to work out real world pricing yada yada yada. 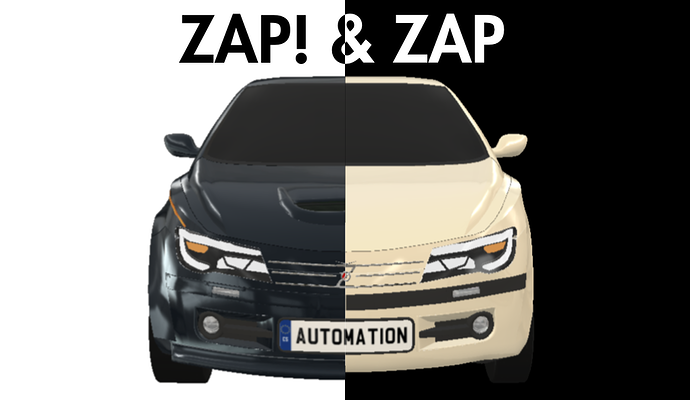 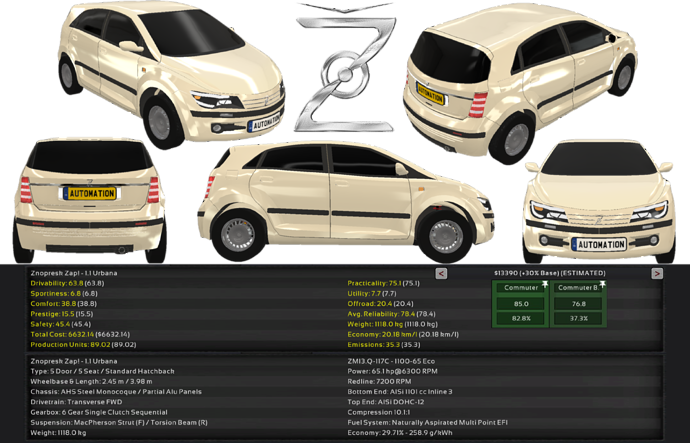 1.1 Urbana (MY2017).png1494x960 846 KB
First is unveiled the 1.1 liter urbana powered by a full aluminium 3 cylinder engine. This trim is designed to work at its best in the urban areas, thanks to the robotized gearbox and quick parking assisted system.

I cannot wait for the ZRP

Due to constant problems with electricity at our stand we’re delaying our motor group premieres to monday and so on.

2000 hp is awesome yes, but i’d like to see some more performance data. He’d still be out accelerated from 0-62 mph. lol

woops
i am blind

In terms of performance the 2 are really close, almost exact 0-100, quarter mile and half mile times and speed. You do have the upper hand on top speed with extra 500 hp though. What are the lap times around the airfield and automation test tracks?

The airfield track (Is this good? I have no idea.)

And this is the time for the Automation track.

Are these slow or medium or fast or what? Help.

Zenshi once again gets on the stage to showcase their newest version of their midsize pickup, the 2017 Furue.

The 2017 Furue (name is the japanese meaning for “tremor”) is a facelift of the 3rd generation, which debuted in 2015. Not only does the new version receive the iconic Shinka design on the front, it also carries various major improvements over it’s former self.

The main improvement performance wise is the engines. Zenshi improved the 3.8L VL38-DA Inline-6 engine and provided it with it’s GTech-II fuel injection technology, thus resulting in the VL38-GDA, which obtained an increase in horsepower and torque, 308 HP and 287 lb-ft, respectively.
The 5.2L V8 that was used before was replaced with the 4.0L TK40DA2T Twin Turbocharged V8 engine, which didn’t really improve power figures overall, but reduced the overall weight and increased fuel efficiency.
Japanese, South American, African, and European models of the Furue now will have the QS25GDA 2.5L Inline-4 as the base motor, while American models will not.

The transmissions were updated as well. The dated 5-Speed Automatic that was used before all the way back in the 2nd generation (2005-2014) was now replaced with Zenshi’s 6-Speed AvanTec, which helped the fuel economy even further. The SM-AWS system now has a revised torque split, front/rear ratio being 45/55 instead of 30/70, improving off-road dynamics and overall acceleration.

I will have to point out though, that with an engine half the size, and a car of half the weight and cost, you can go just about as fast as that.

Only weighs 2780lbs, costs about $80900 at 0% markup, has a 3.9L V12 Turbo producing 970 hp and is only 3 seconds slower than the Nitrex Imposer and still maintains an average mileage of 21mpg. So it possible to go just as fast for significantly cheaper

But its also significantly cheaper, which is my point.

Wait by three seconds slower do you mean track time or 0-60?