We were comparing Pikes Peak times, and for what I know you should aim for 10min or lower. I’m at 10:05.

We were comparing Pikes Peak times, and for what I know you should aim for 10min or lower. I’m at 10:05.

I’ve been wanting to create the Akina touge from Initial D with the track creator, and the cool thing is, apparently it really exists, as Haruna touge. Problem is, I got the shape of the curves now with the map, but not the decline/incline of every segment

Does anyone have an idea how I could fix that? Or where I could harvest track data of it and how? [image]

I’m talking about Discord, there we compared Pikes peak times.

Well then … this is going to be interesting. 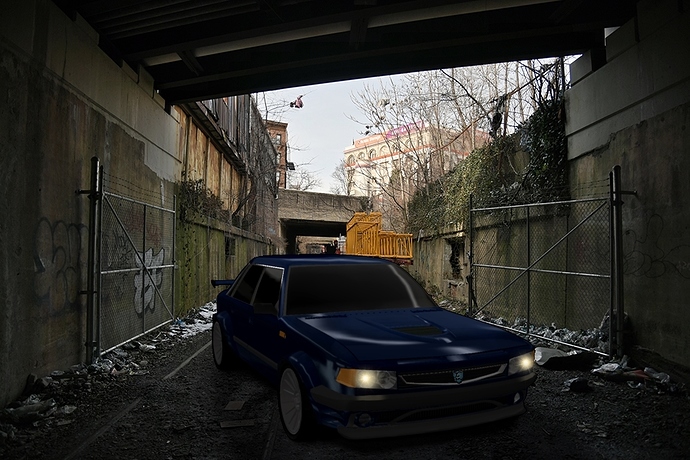 I guess you could call this a wildcard…

Erin know’s absolutely nothing about touge driving. They have almost no popularity in Japan as a car maker, let alone as a choice for sport competitions. Based on this knowledge of not knowing a thing about this, least of all the culture surrounding it, the team behind this car are going in blind, and have hence gone fairly left of field with the car choice.

It began life as a 1984 Erin Berlose, the Mk 1 model. It has no motorsport pedigree and as is more known for being a popular Erin classic car, not a touge racer. That hasn’t stopped a group of engineers from tuning group Maula from having a go at turning this thing into something bonkers. Maula have experience with Erin’s, most famously creating the mad Maula Merna of the 90s.

With this Berlose, they’ve essentially stripped out its power train and replaced it of that from a Mk 1 Erin Tauga X. The 3.3l V6 from the 1999 model (otherwise known as the 2nd Gen of the infamous engine) sits under the bonnet, replacing the 2.2l i6 from the base car. The 6 speed manual from the Tauga X has also been fitted, as has the LSD. A whole lot of tuning has then gone on, including new race intakes and a complete ECU tune, to squeeze out 451 hp.

Racing suspension and 19" race wheels have then been fitted, and the body has been reworked. A custom designed front and rear aero kit replace the stock bumpers, and they’ve stuck a wing on for good measure, as well as the mandatory bonnet vent. The interior has been stripped too, to lose weight.

The results? It can certainly keep up with the standard 1999 Tauga X it’s become mated too, and might even I dare say be competitve…

As for the driver

Why, it’s none other than profoundly metrosexual petrol head and Splendid Auto Monthly’s leading journalist, Gavin Anderson! While waiting for his new Newman tuned Zenshi Nimessa to arrive, he’s flown out to Japan to drive in this competition. He’s certainly not unaccustomed to driving performance cars, but he’s not exactly experienced in this department, and was scared considerably at Geneva earlier this year while being driven rather exeubarantly by Mei Onishikara in an Airborne S4. As to how he’ll take to driving in this competition is yet to be seen. Just don’t expect anything amazing.

I honestly thought that we won’t see any cars past 350hp in this competition. That photoshop tho! <3

I honestly thought that we won’t see any cars past 350hp in this competition.

Do the calculation, it’s one heavy car.

I need to get back to finishing mine.

Do the calculation, it’s one heavy car.

Which is exactly why I thought we’d see much less powerful cars, since touge needs a lightweight car.

Hence why this is a wildcard

since touge needs a lightweight car.

Most of the cars in Initial D weight like 1.2+ tons.

What if one were to use specialist touge technology such as exhaust brakes and a retarder to minimize brake fade?

I do not know what you are talking about and/or referencing. Sorry

Truck tech. A 30ton tractor trailer on the downhill can fry its brakes quite quickly.

Exhaust brakes are not special touge technology, every diesel does it.

I drive a diesel Minivan. It certainly does not have Jakes or a throttle body in the exhaust. Only regular engine braking.

With the establishment of this contest, there are now two different drift series in the forums… I believe the two can coexist for a very long time!

American-potato Mike Conelly is a great fan of the tv show so he bought one of the cars he saw when he was younger. Mike doesn’t expect to win but he hopes to have a lot of fun doing it.

As you can see the 86 stock car isn’t going to set the world on fire but who knows what you can do with 17k$ spare cash in the workshop? 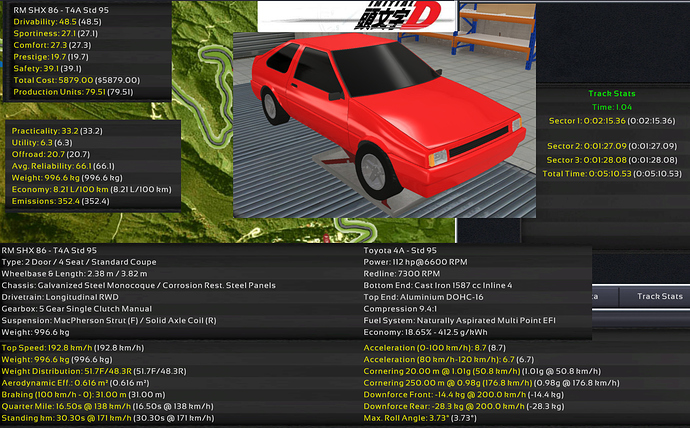