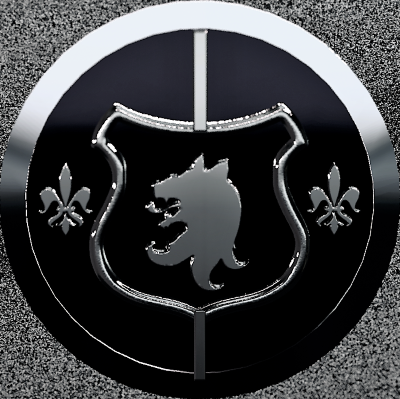 Although the summary “damnatio memeoriæ” that involted the company after the end of Hitler’s regime, DIMS logo remained unchanged, and still it is nowadays.

DIMS Autos is a german car company established in Köln in 1933, a very sad year looking back at history today, but these days were brightful and full of hope for Germany, which put all of its trust in a person that only after revealed its true monstruous identity. However, after some really tragic years for the german economy, inflaction started to fall and lots of industries got over from the crisis.
Georg Dims (1891-1976), who came from a bourgueois family has always nourished the passion for engines, and the resurgence of german economy was a good opportunity for him to show its great talent, especially in finance and design. He knew that it would ahve been a high risk, but considering that the German Government could have supported the initiative, he aksed for a loan and an old factory for rent.

Photo160.jpg1920x1080 363 KB
DIMS Autos factory, photograohed from an airplane, 1981, during the tragic crisis that stroke the brand, until 1984. The factories were largely expanded especially after the Second World War, thanks to the allies economic help, after the heavy bombings that stoke it. The building in the center of the photo was the original factory from where DIMS Autos started its activity in 1933, and for Georg’s will, it was left intact in its typical first 1900s style.

In fact, from that little factory, started the history of a company that would have marked new standards for the mid 30s luxury cars but also for the next decades, collected a great number of successes in motorsports.

Always pursuing the search of the avant-garde, but with a respectful look at the past, DIMS also today keeps offering extremely high quality vehicles, drivable, sporty, well-refined, and with a unique design.

Photo152.jpg1920x1080 856 KB
The Spirit 3.8L offeres a true homage for the old british sports cars, with light material for the chassis and the body, and technological solutions for the mechanics.

It was so affectionately called by the very few German customers that had the privilege to own the first model produced by DIMS Autos in 1934. Its shape was really simple, as if it would have been design by the wind, but it was decorated by some delicate lines of chromium platings, which added even more elegance at this " Divinity in Motion"…

Photo169.jpg1920x1080 310 KB
The Imperial Blau layout, which is preserved in a special DIMS Autos Museum’s room

The choice taken by Georg Dims was not the easiest: in facts, the Typ 34 brought a lot of new technologies for European car manufacturers scenario. Apart from its shape, the real tangible substance was the mechanical side:

This is one of the very first car that featured double wishbone suspension both at the front and the rear and a 90° V8 engine in Europe, precisely a 3287 cc (78 x 86 mm) DAOHC engine, with a triple-single barrel carburetor, with a performance-oriented intake, which guaranteed 120 hp at 4800 rpm and 202 Nm at 2700 rpm, which were pretty high values considering the early '30s standards. In one of his last interviews, George confessed that with the proper setting, the car could have reached a lot more than 140 Km/h (87 mph), but according to the engineers and DIMS developement sector, this would have meant put in danger driver’s and passenger’s security. But the fiew buyers of the Typ 34 weren’t interested only in a fast-going car, bacause they wanted to travel in a real lounge on wheels…

InkedDIMS Typ 34 Interior_LI.jpg1600x1200 453 KB
Carefully selected leather and a large use of wood on the doors and the dash, with a wide possibility of materials and colours choice, with an otional Premium AM Radio, only if it was requested by the customer and if the melodic sound of the V8 wasn’t enough…

Of the 10 car produced until 1941, when it was all stopped due to the war-focused production, only four exemplars remained, and all of them are property of the company, which deals with the mechanic maintainance and, occasionally, bring them to exhibitions on historic motoring or elegance competition.
The production was setted only when a potenitial client came to make his own order, so the price couldn’t be specific, due to the variation which implied every different choice of set-up, colours and coverings and the falling inflaction of the DM, making change its value every year.

The Horch grey edition is a very special model that Georg Dims ordered for August Horch, owner of the famous german brand, which features a special leather coverage for the top, a silver grey paint and unique seats with Horch’s name embroidered on them. To understand the importance of this model you need to know that a long lasting friendship existed between the two, at the point that, Georg wanted to give Horch this true jewel for free, as a grateful “thank you for make me discover in a more deeper way the motor world”.

Considering all the features and the quite big dimensions of the car (4,77 m of length and 2 of width) 1376 kg of average weigth (also this depending on car to car) is pretty contained thanks to a very complex design of the chassis and the bodywork, considered as the avantgarde of german car manufacture.
Considering that this was the first car produced by Dims, today would have been a pretty risky strategy, but at the time alos thanks to Hitler’s politics, the aim was to show Germany superiority, and this was a very good example of what its peole were able to do, becoming one of its main reaon of pride.