Anyone noticed how hard it is to get below 8 minutes?
Seat and Renault both have 2.0L turbocharged cars that can crack it.
I used a 400hp mid-engined car with some downforce and sport tyres and stil got barely below 8’30’’.

[quote=“ThomasD1962”]Anyone noticed how hard it is to get below 8 minutes?
Seat and Renault both have 2.0L turbocharged cars that can crack it.
I used a 400hp mid-engined car with some downforce and sport tyres and stil got barely below 8’30’’.[/quote]

This is mostly down to the simulation, rather than the track itself.
Small things like the AI being rather “timid” around some of the high speed corners, and the fact that the AI takes corners at a constant speed has a massive effect at the end of the long lap.

Gave it a whack with ‘Sport’ SUV (well, as close as one could get with current body styles). It was nothing outrageous either. However, I’d say it did pretty decently @ 8 min 46 sec.

The Audie RA8 Extreme has 730 hp and a top speed of 378.6 Km.Aus safety of cars was reduced to that speed , although a much higher top speed would be possible . The car was produced from February 2010 for a period of time . After 1500 global Exenplare production in late 2012 was eingestellt.Der sales figure stood at 650,000 euros . 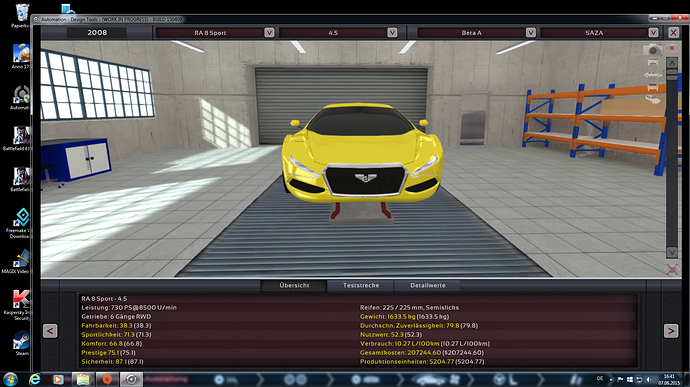 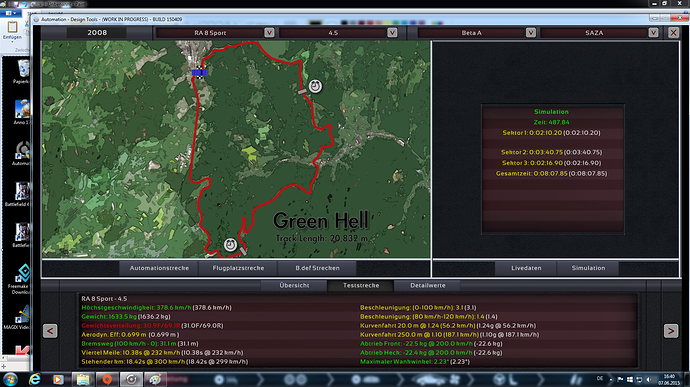 My Corvette/Viper styled car and his 8:01 around the nordschleife

Please fix the coding or the map, after the 1st sector the car model drives off-track with an offset to the right (from your perspective) untill the main straight has been completed for about 30%.

Don’t hold your breath, this track was made 5 years ago by someone who isn’t very active anymore.

tracks on the forum are for automation lap test mode

and what is that when its at home?

It’s the test lap, in automation. Same when it’s not home.

can you explain what that is and all that please? also , how to import the sodding thing because im not sure how.

It means tracks on the forum are for automation lap test mode.

also , how to import the sodding thing because im not sure how.

source: How to build Custom Tracks

Run automation, and in the lap test mode, you will find a drop down menu where you can select custom tracks that have been previously downloaded and placed in the previous described folder (see above).

Thanks ! I tried searching for info but nothing came up for me… idk weather it was just my conputer not displaying properly but i didnt see the thing you quoted when searching , thanks for the info again

plz tell me how to access lap test mode because im dumb?

On the page after the suspension tuning page

A major update to the track - expanding it to 6 track variants and finally adding a realistic elevation profile! Quite an effort, but worth it! 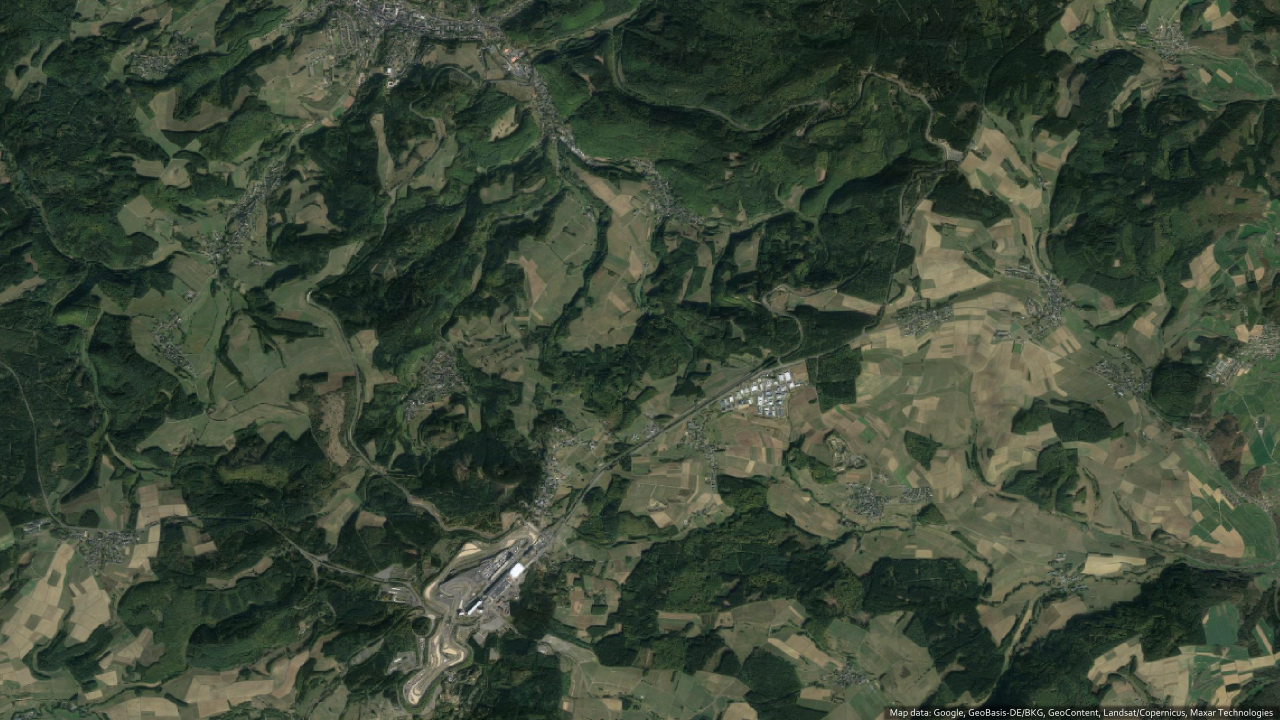 
The world's most famous racetrack in various configurations for Automation. The Nürburgring has its unique place in motorsport history - and still, the Nordschleife is the ultimate challenge for every car. Enjoy!


Feel free to use the tracks in any challenges! In case you base another version of the track on this, please post your version in this thread.
Please leave your feedback here in this thread regaring track times compared to real world, specific cornering speeds, … Thanks!

As a separate download, you can get the 1970s version of the 24h layout, consisting of the old Start-und-Ziel-(Beton-)Schleife and the Nordschleife.