As some of you might know, this year marks the 50th anniversary of the first official 24 hour race on the Nürburgring. On June 27 1970, 99 close-to-production cars started the challenge to be the fastest survivor after 24 hours of torture on the vicious circuit - starting a tradition where each year hundreds of thousands of spectators come together to celebrate motorsport and car culture (and barbecue/beer). The race was won by Clemens Schickentanz and the young Hans-Joachim “Strietzel” Stuck on a BMW 2002 ti, starting in the 2000 cc class. 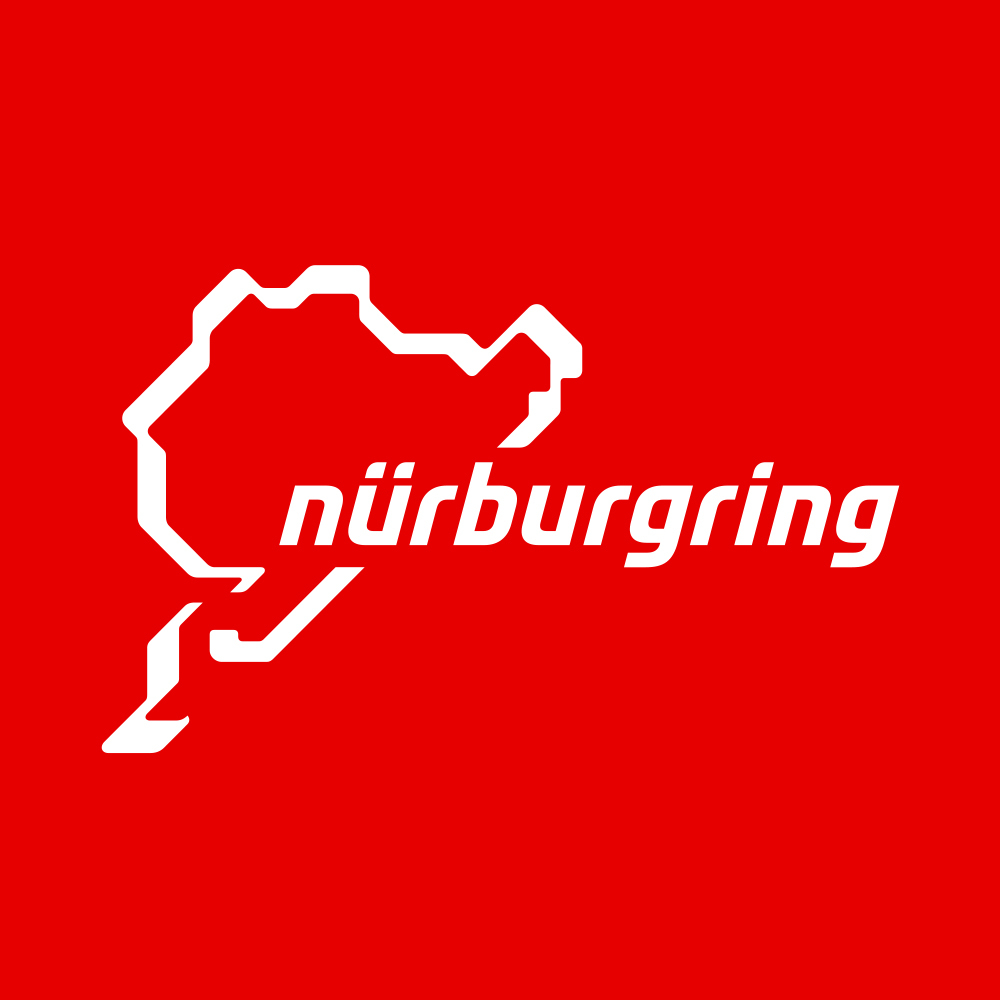 Before this year’s anniversary race, which has been postponed to September 26/27, I thought it would be nice to repeat the original race from 1970 in Automation, especially as (most likely and unfortunately) no spectators will be allowed on the campsites around the track. We’ll use the BRC race simulation for this purpose (and hopefully it will work with many cars over 24 hours…).

We’ll test a few new mechanics in the BRC simulation in this one-off challenge: multiclass racing, the class regulations, repairable breakdowns (think of getting the car towed to the pits and swapping the engine during the race) and the homologation process. If things go as planned and the simulation does not break because of too many cars, I’d like to continue this concept in a VLN/NLS-style recurring challenge.
As the race is so long and the simulation most likely will not be able to run in real-time, the broadcast of the race will be based on a stream of recorded, probably sped-up footage.

Before I open the challenge, I’d like to collect your opinions. Please let me know about your thoughts, concerns and missing/ambiguous information as well as feedback on the ruleset (particularly the minimum weight requirements) and possible exploits. Thanks in advance!

While it is hard to find information on the regulations back in the day, it was mostly series production cars and their race-prepped cousins according to FIA Appendix J, starting in different classes depending on degree of modification and engine capacity. For the race in Automation, we’ll recreate a similar vibe by loosely sticking to Group 1, Group 2, Group 3 and Group 4 regulations according to 1970’s appendix J to the FIA International Sporting Code (even though it seems that no Group 3 and 4 cars actually started at the 24 h race in 1970). The production cars will be homologated and then can be modified for the races.

Homologation means that a minimum amount of cars must be built during 12 consecutive months depending on the group in order to get the permission to race it in the respective group. For this challenge, we’ll use the Automation demographics score to determine if a car would sell well or not.

Racing tires/slick tires have only been introduced to Formula 1 in 1971, so I’d say we don’t need intermediate/wet weather tire options here. 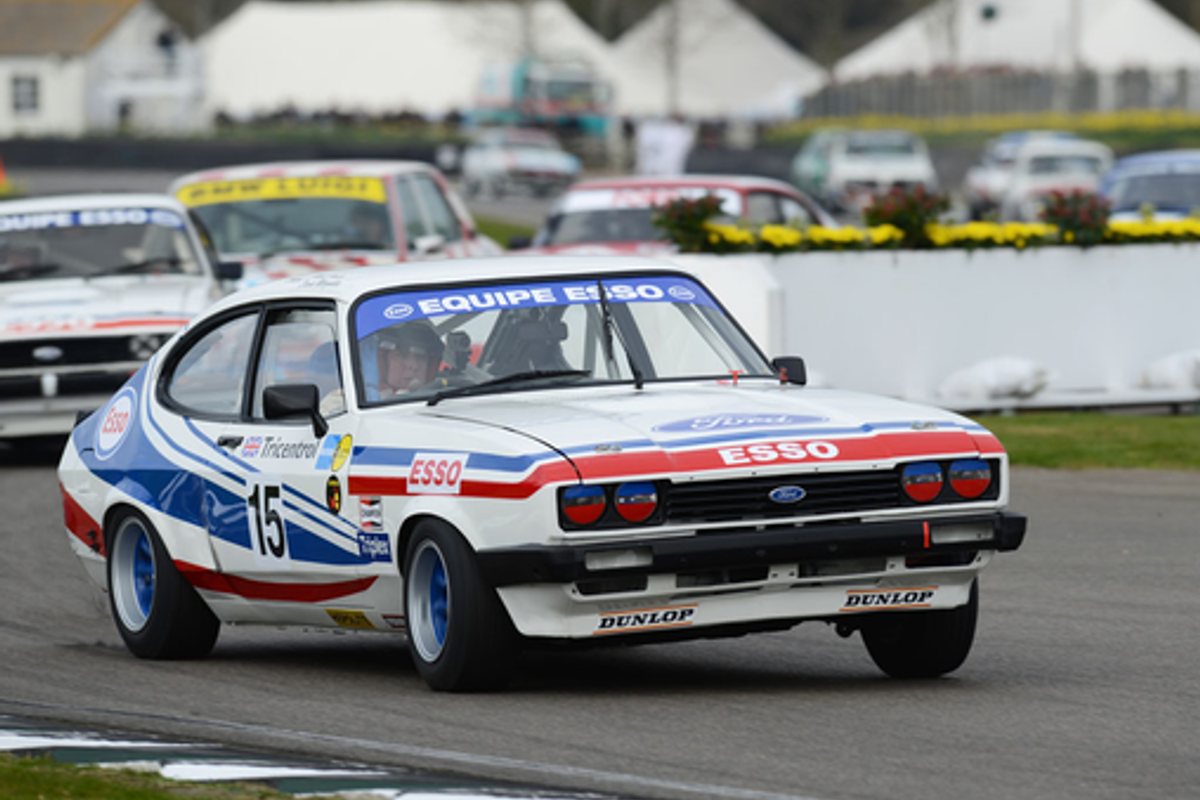 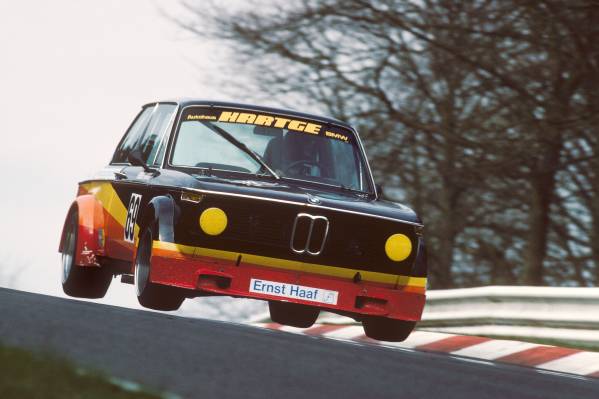 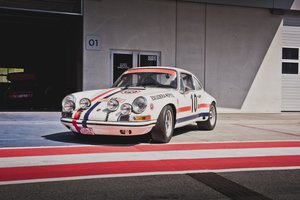 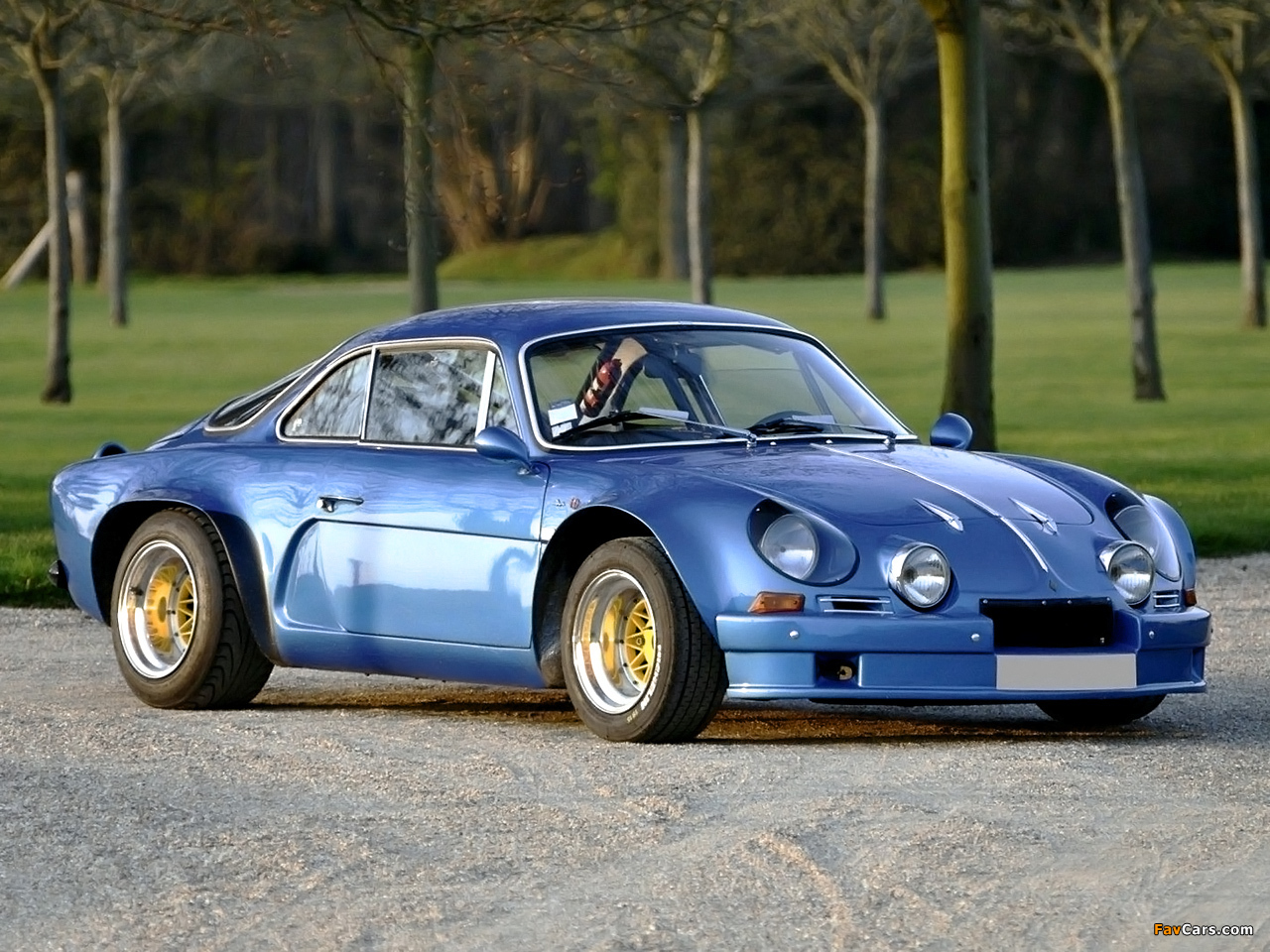 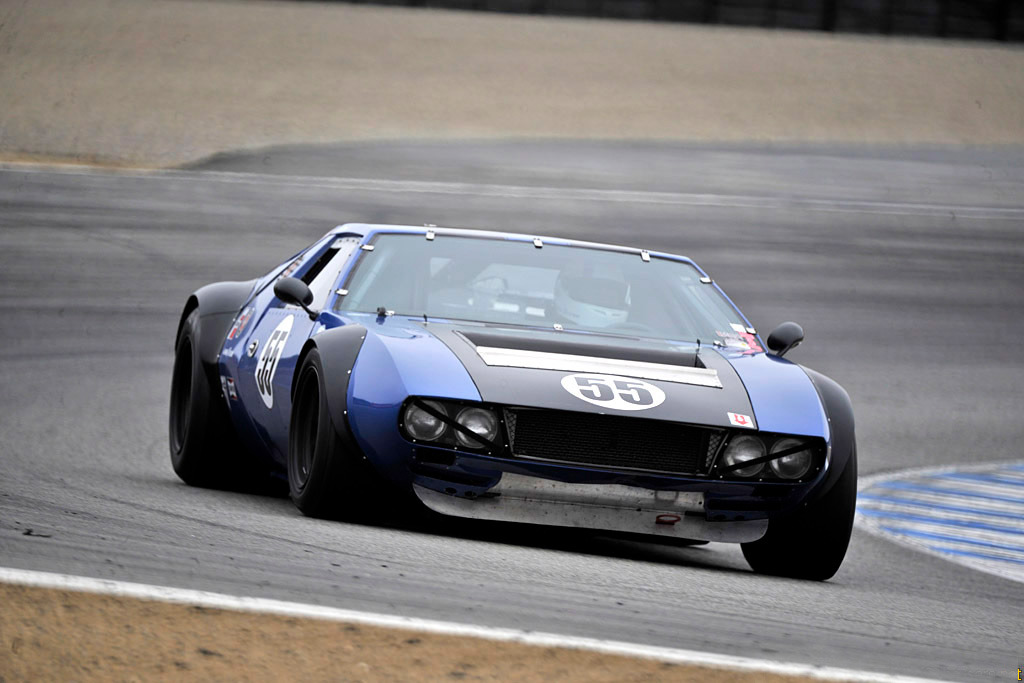 Please use the formulas given in the specification of the Groups for accurate values for your specific engine capacity. This table just serves as a reference. 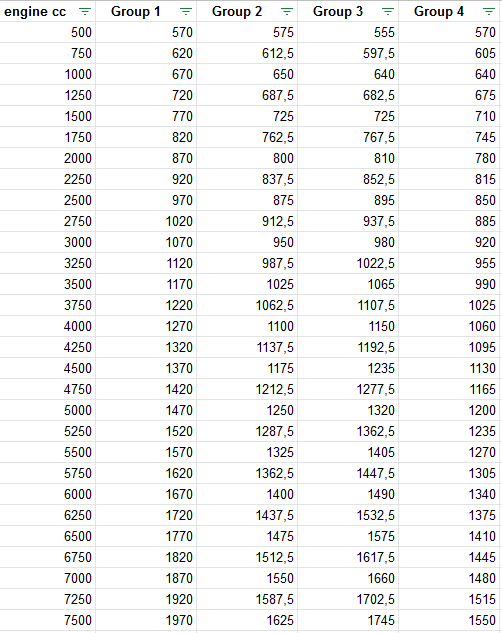 These car bodies are banned from the competion. Reasons can be wonky/overpowered aerodynamics or just being not in the spirit of the challenge. I did not ban every truck/people mover/… body, as those should be a bad enough choice anyway.
The list may be extended, as new issues may be discovered and new mods may appear on the workshop.

We’ll race, as in 1970, on the Nordschleife in conjunction with the old Start-und-Ziel-Schleife (“Betonschleife”) - so overall on a track length of 22.835 km. Track download here:

Add-On: 24h Layout 1970 [track] As a separate download, you can get the 1970s version of the 24h layout, consisting of the old Start-und-Ziel-(Beton-)Schleife and the Nordschleife. Download link in the OP

Fame and honours! There will be 18 winners - one in each class. And one of them will be the overall winner of the 1st Automation BRC 24h on the Nürburgring.

Please send the production version of the car, meeting the target group’s requirements including at least one demographic score, for homologation first. This car will not go into the race.

I will send each player practice results in a PM after I get the race car (no revisions - first PM I get is the car going into the race) - lap times while using fuel and tires - which you need to use to determine your race strategy, which only consists of telling me:

I will send a link to a Google Form when it is time to provide this and a bit more information about your race team.

The challenge is not open yet!

BRCs tend to be rather competitive challenges - however, randomness is a huge factor, as in real racing. As this is 24h race is a one-off challenge, there is the possibility that your car, on which you might have spent many hours, might retire within a few minutes from the race. Please be aware of this and save your salt for something really worth complaining about.

I do these experimental BRC forum challenges in my limited spare time and want to replicate real racing, real success stories, real tragedies. As in real racing: There will be a next race (I promise) and one day you will be more lucky.

This challenge will get the BRC simulation to its performance limits. In case something breaks and is not fixable in a reasonable amount of time, I’ll have to switch to another race format (still it will be endurance-style).

Regarding competitiveness requirements, do they apply to just one region, or more than one?

Also, will there be PU/ET limits for the trim and/or its engine?

First one is a good question. I think best would be to limit it to Gasmea, Fruinia and Hetvesia (similar budgets, large market sizes). It is enough if one of the countries fulfills the requirement.

PU and ET should be covered by affordability and thus by the demographic scores, so I don’t think we need them.

how are we supposed to achieve minimum weight if we are not allowed to ballast the track version?

The question is: are the current weights too high and impossible to achieve with realistic production-level cars? They should be within the range what’s realistic when we start the challenge.

I must admit that I haven’t built many test cars. It is likely that I have to tweak the values. More data points definitely would help. If anybody wants to support this, please post information here. All data should first of all focus on the production car, not the race car.

supplying my first attempt then

see how the Puck II B is actually legal?
it seems like the current formula makes the weight go WAAY to exponential.
from what i can tell it needs to be more linear, givn that the amount of weight difference increases drastically with displacement

this is just a suggestion… but why not remove the minimum weight thing altogether?

actually gonna second this:
with the way the rules work in terms of allowed mods, the only measure needed to MAYBE balance cars against each other is Power-to-weught in race trim

Because then you end up with a nonSprite body (or equivalent in current game)
with a 3000cc engine and 800kg.

Might be a result of using exponentials on the formula?

Afaik, forged parts only need forge works, but have no “limited production” flags. So they are not banned.
Banned are basically aluminium and fiber glass for any group other than Group 4.

I think I’ll also include “no spaceframe” in the general rules.

Added a “anything not specified is free” rule to the general section.

with the way the rules work in terms of allowed mods, the only measure needed to MAYBE balance cars against each other is Power-to-weught in race trim

There are basically three options for balancing:

Any opinions? I prefer the second option with tweaks to the formulas and maybe even a fuel tank size per body footprint addition to it (bigger cars have bigger fuel tanks), with the currently given tank sizes being the upper limit (they are directly coming from the FIA regulations). I have the feeling that no additional tanks are allowed (https://historicdb.fia.com/sites/default/files/regulations/1437743288/appendix_j_1970.pdf) and no real road car had 120 liter tanks anyway, so it would make sense to find a reasonable formula for this.

I think we all agree I have to up the numbers a bit - by how much is completely free, we don’t have to stick to fuel tank weights.

from what i can tell it needs to be more linear, givn that the amount of weight difference increases drastically with displacement

The exponent is smaller than 1 - if I make it more linear (i.e. closer to 1), it will get worse than it is currently

It is a standalone program I built a few years ago, after I prototyped parts of the car physics and the track simulation in Automation. The program will not be shared, as it contains source code from Automation - I have a deal with the devs about this. But I can run forum challenges - everybody can send me an exported .car file from Automation and I can put it into the race.

A video of an older statusof the implementation can be found here:

anything not mentioned here is forbidden to be changed from the homologated car!

This is confusing to me. Which one should we be following? For example, if neither group rules or general rules say anything about increasing tire width (within limits) for the track car, am I allowed to give it wider tires compared to the homologation model or not?

You can change the tyre width for the race car. If you look at the Escort & MG then they aren’t standard width tyres for the road going variants.

I can’t answer the aero question.