IMC was founded in 1944, when they were both forced to cooperate for a production of millitary vehicles in the war. As they were both too small (S&H an exclusive luxury car maker and Weller just founded a business for jeeps as he thought one could make profit with those) they agreed in founding IMC as “basement” for the further existance of both brands.

Smith&Hughes was founded in 1922 by Sir Graham Smith and Dr. Reginald Hughes in Northwest Hetvesia and produced a few expensive V12 roadsters - something no longer desired.
Weller had its origins in 1941, founded by the young Dave Weller in Gasmea, a college student that won a lot of money at a casino game and invested it in a run-down engine factory.

The roles in the partnership were clear: S&H builds luxurious, but not exaggerated cars, and Weller continues with the millitary vehicles.

The Weller General Purpose was another variation of the “Jeep” by the Gasmean Army. The Weller was known for being thrifty and still rather easy to handle. The 1946 model was directly related from the war variant.
Three meter long, two solid axles with leaf springs, a 4x4 drivetrain with a three-speed manual and a 2,2 liter inline four engine with simple but reliable OHV valvetrain - this resulted in a weight of only 782 kg, being able to load more than half a ton.
62 horsepower were good enough for 18,4 seconds to 100 kph, and 117 top speed were more than needed for the purpose. 17 liter consumption maybe sound like it was not very thrifty, but for that kind of vehicle it was really low. With $ 8730 required by the dealer, it was one of the cheaper “jeeps”. Sold in Gasmea and Hetvesia by both companies, it sold in huge amounts despite being (and surely also looking!) as simple as possible.

Smith&Hughes unveiled a sedan for 1946, not really a very innovative one but with decent power and build quality. Two solid axles on coil springs guaranteered the landlord an unharmed ride over his land possesions, and the 90 horsepower OHV 2600ccm inline six was bland enough not to cause daily trouble but already progressive enough to offer satisfactory power and economy. For $ 12.900 the car featured nice materials, good workmanship and even a radio that wasn’t the cheapest one. 14,9 seconds to 100 kph were quite good even for a premium car, and 157 kph definitely in the upper league. It needed the same amount of fuel like the Weller with 17 liter regular.
The market success in Hetvesian home market was large, and Weller sold not few of them in Gasmea, as they were balanced, qualitative and fast for their price. One of the best postwar premium cars overall.

A premium car must not look dated - for that reason, Smith & Hughes renovated the 260 and renamed it 260A.
Headlights that were not integrated in the body were a relic of the 40s, and so the headlights were now integrated in the grille - the S&H adapted to the now common “ponton” cars introduced in the late 40s. Under the hood, smaller improvements resulted in two horsepower more, now 62. 14,8 seconds acceleration and 159 kph were not really more, but a better combustion lowered the consumption to 16,7 liter. A better and more efficient manufacturing process with futher use of assembly lines allowed S&H to lower the price to $ 12.500, even increasing the success of the 260 model line.

This year saw an update for the Weller General Purpose.
MK2 models not only looked a little better, they also had one horsepower more thanks to small refinements of the engine.
The car now accellerated in 18,1 seconds, made a top speed of 119 kph and needed 16,7 liter regular. the price lowered marginally to $ 8.710, so the success of the Jeep continued.

1952
IMC needed a modern and compact car for the masses, and Smith&Hughes unveiled their new model Meteor. The four-meter car was still based on a ladder frame, but had independent front wheels linked by double wishbones. allowing for a good feeling of the steering. The RWD rear axle with leaf springs was still simple. Power came from a new OHV engine, available with either 1,3 or 1,7 liter displacement. At first, Smith&Hughes considered using a smaller variant of the 2,2 Weller inline four, but then decided to develop an own engine, mainly because Weller engineers were totally busy with new projects.

The 13C model came with the 1,3 liter engine and 51 horsepower, enough for an 881 kg car. The five-seater came with standard trim, but no radio. Duplex front brakes and a standard four-speed gearbox were unusual for compact cars in the early 50s, resulting in a quite high price of $ 9650.
100 kph were made after 20,6 seconds, and 134 kph top speed were ok for the 1300ccm-class. But 12,6 liter regular gas were a little high. The 13C was not really a success.

For those that liked the comfort of the 260 but needed neither the size and the power, the 17L for $ 10.700 offered a standard AM radio and a 66 horsepower 1700ccm engine. The performance was good for such a small car, it needed just 15,9 seconds to go up to 100 kph, and 144 kph top speed were solid. With 13,5 liter consumption, it did not need a lot more than the 1,3 liter variant.
But like the smaller variant, the sales both in Hetvesia and Gasmea were rather disappointing.
The Meteor did not strike in, and IMC was hit hard by this, setting their hopes in the 1953 Weller models.

With every year the demand for fullsize vehicles grew in Gasmea. IMC borrowed a lot of money for the Gasmean-designed Weller 853.

The 853 Sergeant was a two-door sedan for $12.300. The 4,8 meter long car offered good interior space, and already the base model had a comfortable premium interior. Money was saved engine wise, it used the 2.6 liter engine from Smith&Hughes and coupled it with a four-speed manual. With 15,2 seconds acceleration and 161 kph top speed it was not sluggish at all, and 16,6 liter consumption were no problem, as gas prices in Gasmea were really low. The sales were average on both markets.

The next car for $ 12.300 was the 853 Lieutenant, basically a four-door Sergeant with two-speed automatic. With the 92 horsepower straight-six, this was noticeable in performance, but the car was not underpowered, although 21,8 seconds to 100 kph were rather long. 157 kph top speed were still not bad, so were 17,6 liter consumption for Gasmean habits. The car was not unsuccessful as family premium sedan.

Gasmeans urged for V8 engines, and so Weller developed a new OHV engine with a large displacement - either available with 7,2 or 5,7 liter.
The 853 Captain featured the 5,7 liter engine with 194 horsepower, more than double the power of the six-cylinder models, two-tone-paint, chrome trim and a premium AM radio.
For $ 16.500 it offered great performance, passing 100 kph after 12,9 seconds and archieving 200 kph. Of course the consumption altered, but 21,7 liter regular were still nothing the Gasmeans complained about, and the “Captain” trim sold quite good. 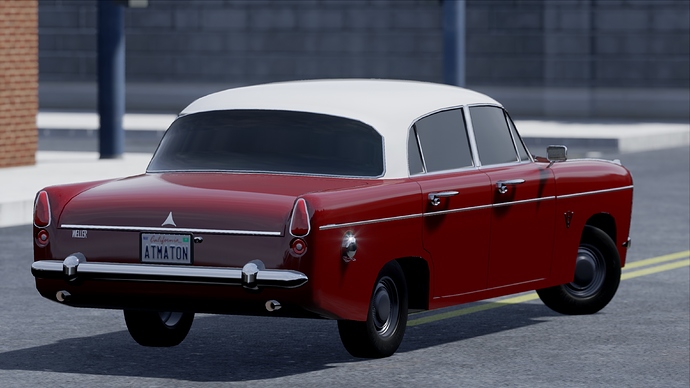 Weller wanted to play in the Premier League of cars. For that reason, they offered the ultimate-spec 853 Admiral, offered for $ 19.700.
With a mighty 244 horsepower V8, the car raced to 100 kph in 10,3 seconds, hampered by noticeable wheelspin. 212 kph were theoretically possible, but the weak drum brakes prevented most drivers from going over 160 in daily traffic. 23,6 liter were even quite thrifty for a 7,2 liter engined-car in 1953, and not to forget the all-luxury interior with fancy stereo, power windows, finest leather and aircondition. The car had steady sales in the Premium and even the Luxury segment. 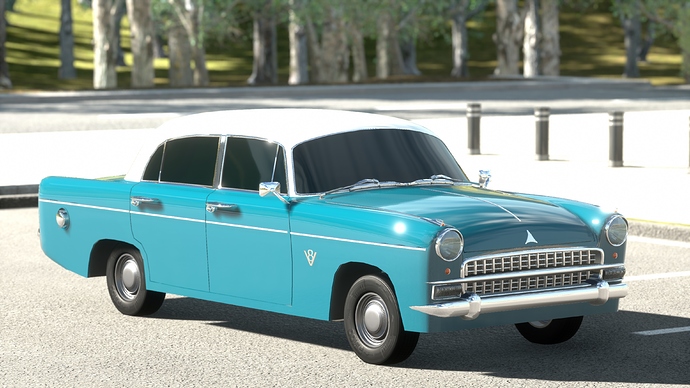 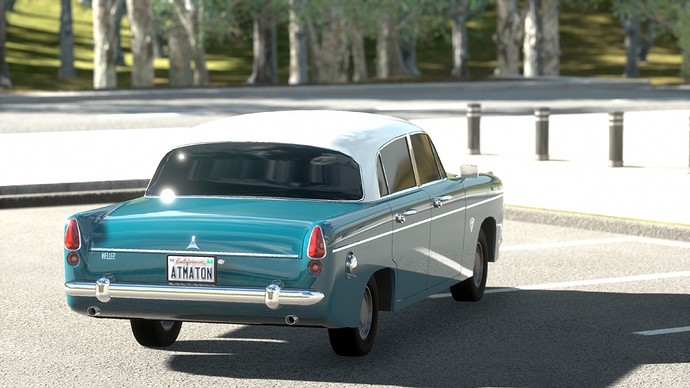 The Weller 853 became a solid-selling car in Gasmea and even Hetvesia, as domestic V8 sedans were rare there, so there was enough demand for imported cars. IMC was still not completely established, but the 853 gave a very good demonstration of what the company is able to develop. It’s reliability was not bad, it handled good, and the V8 engine was powerful at acceptable economy. Weak brakes were really the only issue really annoying on these cars.