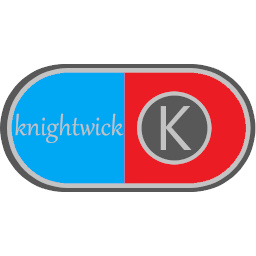 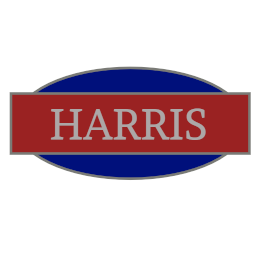 Knightwick motors was founded in 1947 with the amalgamation of Harris' automobiles and SHC cycles in Birmingham England.

inherited from Harris automobiles this engine was developed in 1946 and is a fully cast iron 4 cylinder with pushrod valve actuation.

This was the last car designed under an independent Harris automobiles before it became part of Knightwick Motors.

Mechanically this was a very standard 4 door sedan, with a steel ladder framed chassis and steel panels for the body. Suspension was by double wishbone to the front and leaf spring live axle at the rear.
Styling cues came from the design of 40’s American cars notably the Pontiac torpedo and Cadillac series 62. Power was from a 1490cc inline 4 cylinder unlike the American cars however.

A mild facelift came out in 1951 that changed the front grille styling and moved the windscreen wipers to a more effective right hand drive sweep pattern.

A large comfortable and somewhat prestigious car was needed as the Knightwick range was lacking at the higher end of the scale.
The resulting car was the Knightwick K80 built using a modern all steel monocoque construction for light weight and safety.

Power came from a new inline six cylinder engine called the Knighwick C series. This was a cast iron overhead valve engine. Using a bore of 79.4cm and a stroke of 88.9cm the overall size was 2641cc.
Transmission was a 3 speed manual driving the rear wheels.

The Knightwick six was facelifted in 1957 to the K85 model. Mechanically the car was basically the same with the only change being slightly larger front brakes, the main differences were all to the bodywork.

The headlights lost their indent surround and moved slightly higher on the wing. The grille moved to a more square shape with the indicators and parking lights flowing from a large centre grille piece. Two tone paintwork was also available as an option with the K85

The K80/K85 Six would have been a big step up for Knightwick, with its unitary construction. I reckon it would have competed with my first-gen Hampton Valiant range in the late 50s due to its positioning in the marketplace.

The Knightwick 6 cylinder cars were revised in 1959 using a new Italian designed body with the designation K100, the front was more sharply designed with a higher headlight height. The rear boot was raised to give more luggage space and subtle tail fins were added. The tail lights of the K100 were moved out to the edges of the car and reversing lights were now on all models on either side of the rear registration plate.

Mechanically the engine was replaced with a larger 2.9l unit. Utilising the same basic cast iroin block design but with a bore increase so now the bore and stroke are 83.4 x 88.9 giving a size of 2914cc.
Brake size was increased to fix the biggest flaw of the K85 which was very lacklustre braking performance. Brake servo’s were installed on all models, front discs were standard on some specs and optional on others.
The transmission moved to a 4 speed manual with synchromesh on the top 3 gears. A 3 speed automatic was optional on some models and standard on the Royal model.

The Coventry was the standard variant of the K100 body. The interior consisted of vinyl seats with fore and aft adjustment. The dashboard was metal with bakelite controls and wood cappings on the tops of the door. A front bench was available as an option.
The 2.9l engine had a single carburettor on this model, and drum brakes were fittted all round.

The 1962 revision was a mild refresh of the Coventry. The front indicators and parking lights were changed to a plastic rectangular style and the front grille was increased in size. Two tone paintwork with chrome detaling was an option. Disc brakes were now fitted as standard to the front wheels.
The 2.9l engine now has 2 su carburettors which slightly reduced power but improved fuel economy and made the torque come in much lower in the rev range, the gearbox was the same as before.

The Harris models were the more upmarket models of the K100 with a more luxurious interior. The seats were leather and added recline adjustment. The dashboard had walnut wood over the glovebox and instrument surrounds. A higher power radio with presets was standard equipment. Front and rear lap belts were also standard on the Harris.
The engine had a single carburettor but was tuned for slightly more power than the Knightwick model. Rear brakes were increased in size, the front discs being the same as the Knightwick.

The revised 1962 Harris was the 110-6 with an appropriate increase in power to 110bhp due to 2 single barrel carburettors.
The interior now gained 3 point front seat belts and front head restraints.
Exterior changes are mainly to the front of the car. Driving lamps are now integrated into the body with the indicators and parking lights moving to new lower grille panels.

The final facelift 1965 Harris was still called the 110-6 but made 111bhp.
The exterior was slightly changed again, innovative swivelling driving lamps were fitted from the Royal mode, these moved with the wheels to light up the road ahead. The front grille was also made more prominent with an increase in size plus new front and rear bumper designs.
Power steering was made standard from 1965 with slightly wider tyres for improved road holding and air conditioning was now optional. The gearbox now had a slightly longer final drive for improved fuel economy to compensate for the power steering drain.

The Royal 4.0S was the ultimate model in the K100 line.
The engine was a bespoke 3975cc inline six with a bore and stroke of 95.5x92.5. It used the C series as a base but had upgraded bearings, stronger block castings and hydraulic valve lifters for quieter operation. This engine was named the Kxi6 and offered ample torque and power for effortless driving.
The royal had a large and imposing front grille with vertical chrome slats. Innovative driving lamps were fitted that rotated with the steering to light up the road ahead. At the rear the tailfin design was toned down for a more smooth look. The tail lamps were also changed to a horizontal design.
For the interior a four seat configuration is used. Seats are fully leather with thick pile carpets. The dashboard was made entirely of mahogany with hand turned controls. Air conditioning was standard as was power steering.