even though I bought Automation in 2013 and have ben registered on this forum since then, I haven’t been active here in the recent years. After joining two design challenges on the Automation subreddit, I was looking online a bit for other Automation design challenges. I got back on this forum and realised I have some new vehicles since I lasted posted something here. So this is a little reintroduction of myself and my vehicles. Sorry in advance for the long post.

About 10 years ago I bought my first vehicle: a 1983 Mitsubishi Galant 1600GLX. An elegant, but simple Japanese car, with it’s longitudinal 1.6 4-cylinder and rear wheel drive there aren’t much cars that are simpler technology wise. So an ideal vehicle for me as a young car enthusiast to learn to work on. It’s still in my possession, although it has been garaged for a bit now as I have to fix some stuff (replace all fuel lines and possibly fix/replace a leaking fuel tank) and don’t have the money for that as I am currently an unemployed student. However, when I find a job, it won’t take long till I have it fixed and will be driving around again.

The second vehicle I bought is my 1996 Kawasaki GPX600R, which is a late model of the first generation Ninja, similar to the bike Tom Cruise rides in Top Gun. The GPX600 isn’t the fastest, it tops out around 220km/h with about 80hp. But for an old sports bike it accelerates rather quick: according to the factory stats this old gal only needs 3,7 seconds to get to 100km/h from a standstill. 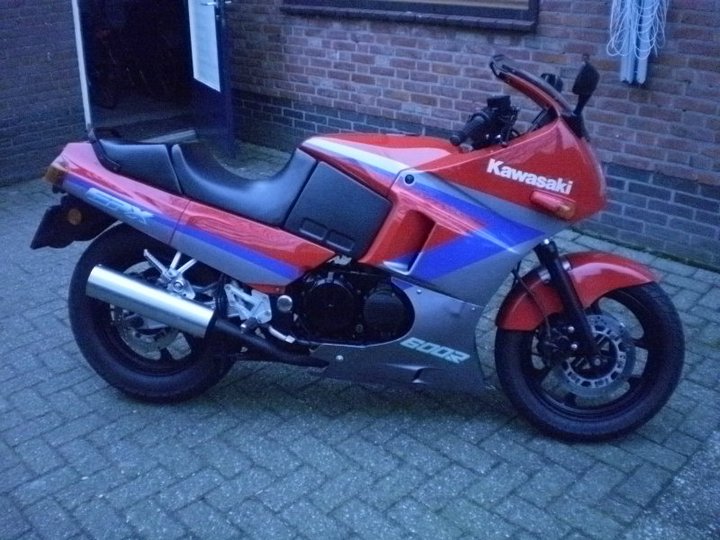 Rather quick after buying both these vehicles I experienced it wasn’t a good idea to drive the Galant on the salty Dutch winter roads. So I got the idea to buy a bit more modern daily driver to do the winter driving. I was first looking at cars like a Hyundai Scoupe (which is still high on my want list), but my mother convinced me to go for a younger car by extending my budget a bit. I ended up buying a 2005 Hyundai Accent, which has never let me down in the 8 years I own it now. Despite me regularly taking this car on trackdays (Zandvoort, Assen, Spa Francorchamps and Nürburgring Nordschleife), driving it through every kind of weather, through the salt every winter, regularly taking it to 200km/h on the German Autobahn and all of that while being dirt cheap in maintenance. 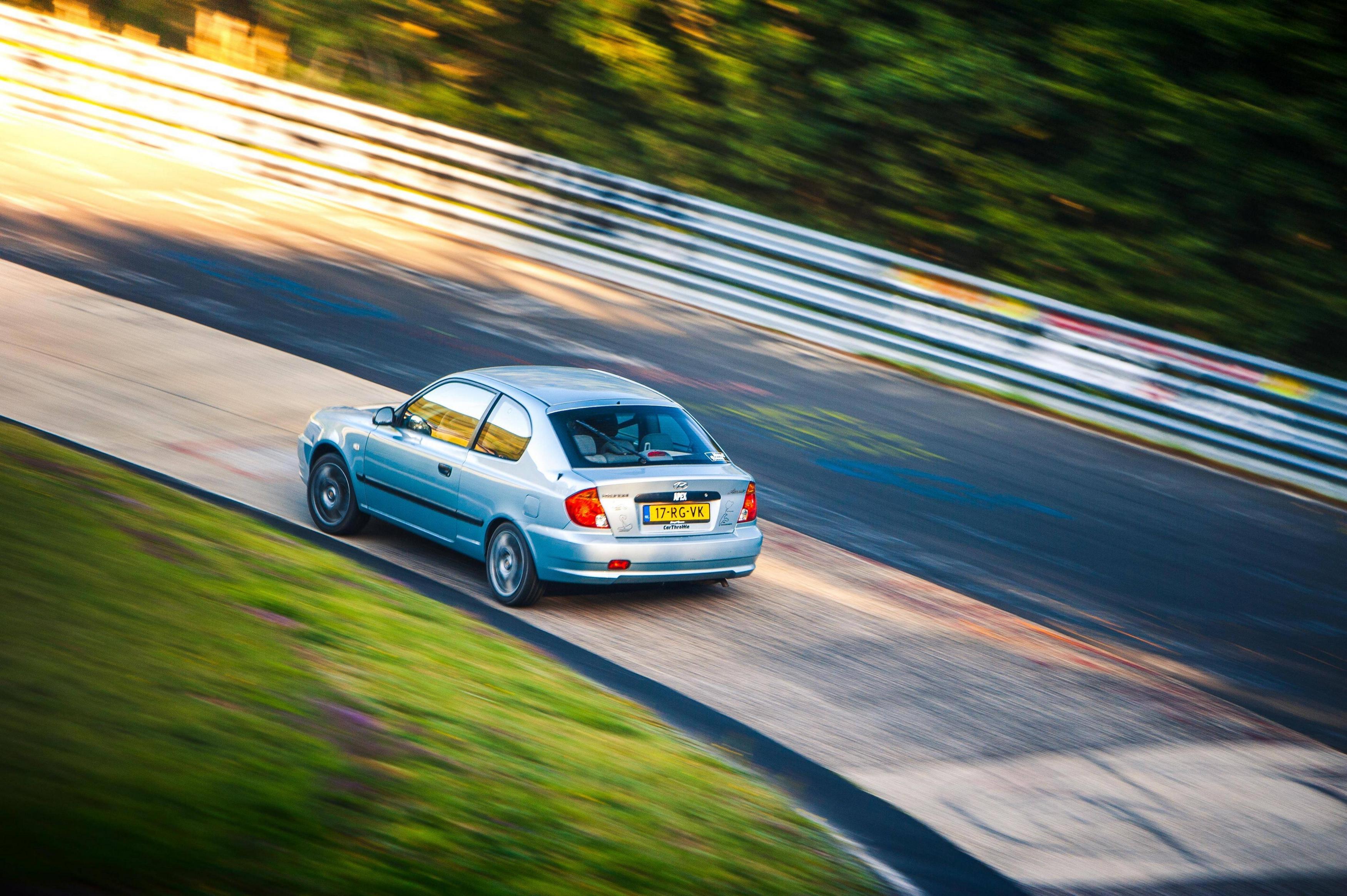 Although I loved driving that car, and I still do. I had quite a lot of moments where I was spending rather much money on fuel because of the distances I drove. So about 3 years back I was actively searching for a car on LPG as that is a lot cheaper here in the Netherlands/Europe. As I have quite a unique taste (read: unknown and unloved cars), I didn’t really accomplish my task. I found one perfect car, but the seller decided she wanted to keep the car anyway. So once I saw the next gem, I couldn’t hold myself to take a look and test drive. Even though it wasn’t by far what I was searching for. It was a 1993 Daihatsu Cuore I immediately fell in love with. But not just an ordinary Cuore, a rare convertible rebuild that has originally been done in Germany. It is one of two of those models registered here in the Netherlands. The other being in the collection of a Daihatsu collector/dealership.

The extreme amounts of fun this vehicle provided for the ridiculously low price made me instantly buy it. I’ve since taken this car on two trips to Silverstone (Japfest) and on quite some trips in the Netherlands, and despite lacking quite some comfort it’s always a blast to drive this tiny convertible. I’m currently awaiting some parts I ordered to get it through APK (Dutch MOT), so I can still enjoy driving topless before roads get sprayed with salt for the winter. 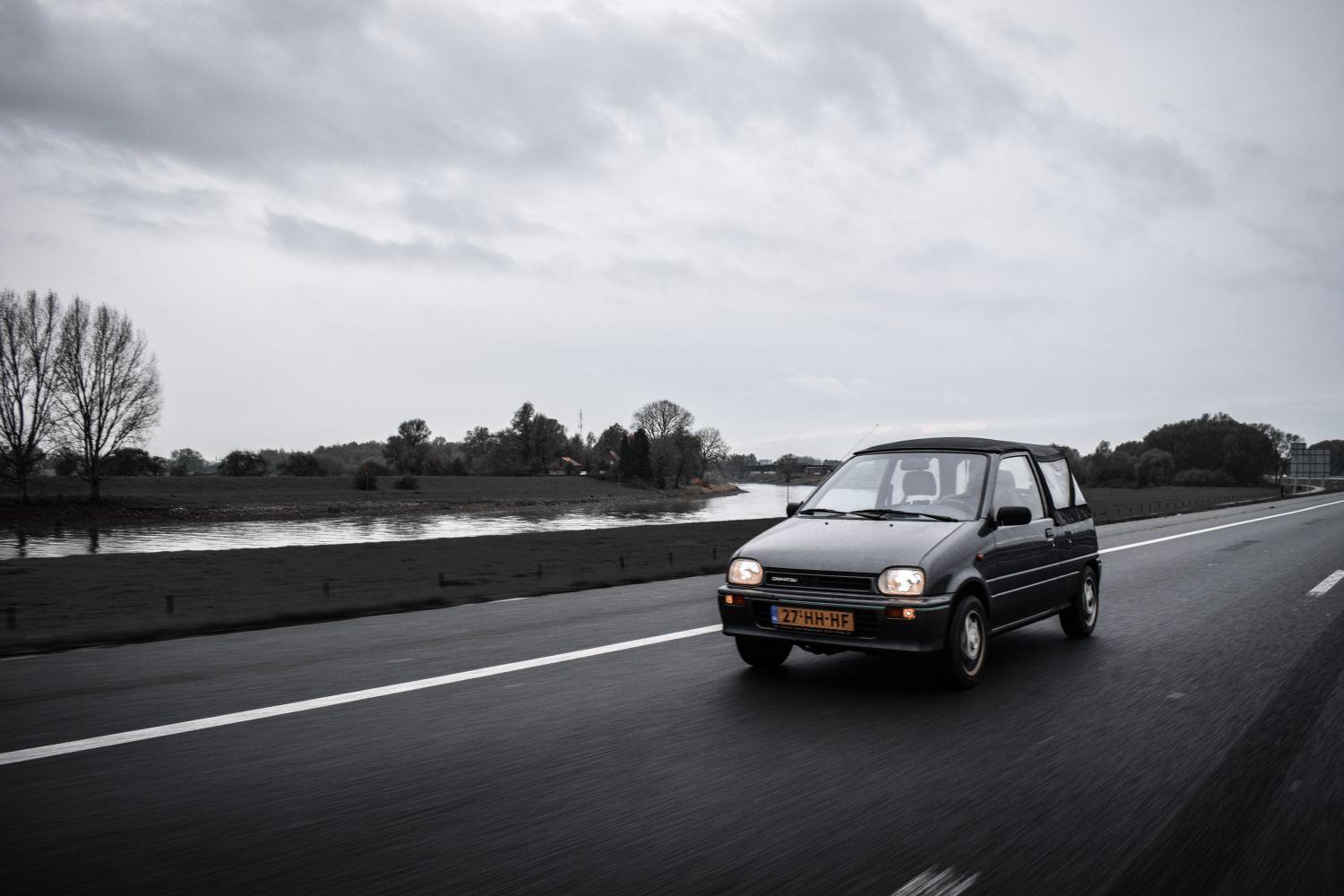 Just a few weeks after buying that Daihatsu I got a phone call from the seller of that perfect car on LPG. Long story short: she had some car trouble and the repair bills would be too high for her and her husband, as they where living on a tight pensioner budget. I could buy the car for 250 euros, knowing I would probably spend about a few to ten times as much to fix her up again. But considering this is one of my low-key dream cars, that is also almost extinct here in Western Europe, I gladly took the risk. So then I was the owner of my fifth vehicle, a 1993 Hyundai Sonata Y2. The facelift version of a Giorgetto Giugiaro designed masterpiece, equipped with the legendary Mitsubishi 4G63 engine (albeit without turbo).

With some parts that needed replacing and a leaking head gasket It took some time to fix it. The complete cylinder head got rebuilt, but I got her running again. I actually find it to be the second best driving car I’ve driven up until now, only to be surpassed by the Citroën Xantia with it’s legendary hydropneumatic suspension. Apart from that the Sonata has an abundance of space, is filled with quite some options from that time (including Italian sports steering wheel and Compomotive alloys) and weighs less than 1250kg, while being just shy of 5m long. 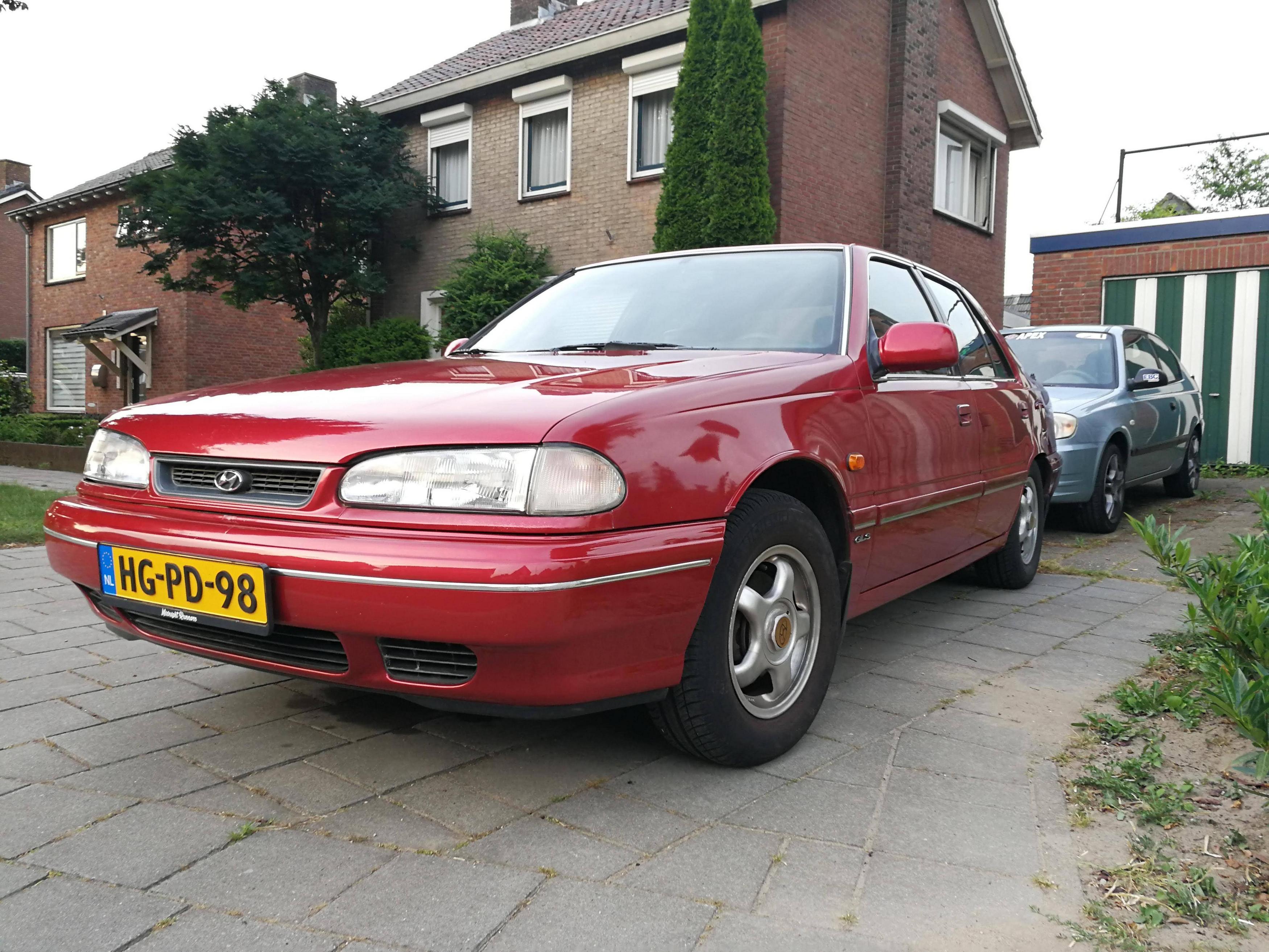 I currently still own all of these vehicles. Although most have some stuff that needs to be fixed now, they all will get their attention in time, when I actually get a steady job. Luckily I have a cheap place where I can store them until then. And a great advantage of owning so many vehicles is that it doesn’t matter when a few are not running, as there is always one (usually the Accent or Cuore) that is available.