I think it’s time for me to introduce myself a bit, and at the same time present you my new car (and cars I had in the past).
My name’s Clément, I’m from baguette, and I’m 23yo.
Consider I’m a musician, (I’m actually saving money to integrate a school), I mostly do Darksynth, for the ones who knows what it is.

Recently, I’ve imported a car from UK, because they are around 50 to 75% cheaper than in France, so It is the only opportunity for me not to drive a Micra during my entire life.

But let’s begin at the begining, 4 years ago I got my driving licence, and my mom bought me (thx mom

) a Peugeot 206 SW 1.4 HDI. Slowest thing in the world, and sadly the most unreliable, after 1 year of driving I had to send it to the scrap, because electronics killed it… sadly it has 77 000 kms…

After this I bought a Honda Civic EJ9, a basic 90hp mower, who was a - godamn - good car (lot of equipments) exept the engine who drank oil (dead piston rings yo). I had it during 1 year, and I regret this car, it was a great car.

, and slow as fuck lol. 0 comfort, very smol, so ez to park, and in my opinion: not very beautiful. But it’s cheap, economic, and so reliable (The only thing I had to do in 1year1/2 is changing oil.)

But now it’s time to change! Suffuring and pain are ended!
This saturday, the 21th of april 2k18, I’ll take my new car, s

olen from the Queen!

Well, I bought a Miata

It’s an 1.8L NBFL, it run with potatojuice (ethanol, half of the cost of gasoline here), lowered at -25mm if i’m not mistaken, and with a hardtop for winter.
I’m doing the homologation, I’ll receive my license plates in a few weeks.
I’ll share more photos when I’ll have it, this saturday so

Well, I drive the car since 3 days, and I can’t describe the amount of pleasure I have when I drive it!
Without any surprises, it’s completely differente than the Micra. I’m really impressed by the drivability, and when you go from 75 hp to 140 hp, you feel the difference haha

It just need a new exhaust, I don’t hear the engine enought

God that looks nice. Wish NBs were cheaper down here

I like the stocks wheels of this one, I don’t think I’ll change it^^ Probably for more japanese looking one, but not now

Nice! I have the opposite problem - I’m in the UK and the cars I like (big Citroens - XM, CX, DS) are very rare or rusted through when you find them here in RHD. How do you find driving on the right? It’s better isn’t it? Haha

I wouldn’t say better haha, but it doesn’t matter, after 20 min of driving I was ok with it ^^
For your Citroën, the problem is you don’t have the advantage I had when I bought the Miata: Cars are cheaper in UK (for the same car I would pay 2000€+ for an LHD) than in France. And these Citroën you want are now collector here, or will be (you can have a CX for lesser than 5k €, but not for a long time

It’s a shame it’s not a coupe - those are as rare as hen’s teeth - but it’s quite an upgrade from the Micra you once had.

Some news here:
My car is at the car painter since 1 week (because it was uuuuh, Rusty) and I’m back with my godamn micra. but the Miata will be back next week or a bit more… I hope.
It will be painted with the same color, and the rims in “charcoal gray”.

During this time I bought an exhaust, because uuuh, I don’t hear the car when i’m going at incredible hihg speed when hood is down.

So I bought a “Cobalt” exhaust, and uuuh, I did not expected something big like this on the pics…I will see how it is on the car.

Good luck with the Miata! Enjoy It!

I drove a lot of cars, but nothing as the Miata, on the fun factor.

The painting job is almot finished, I’m going to get the car this Monday! 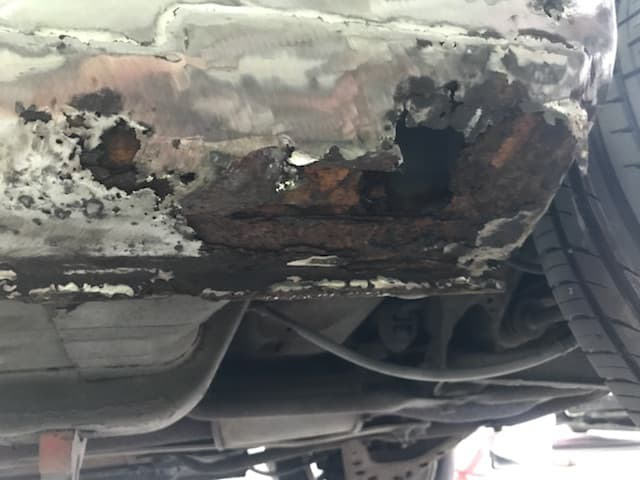 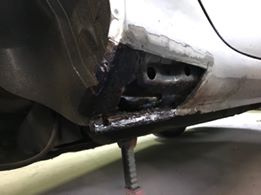 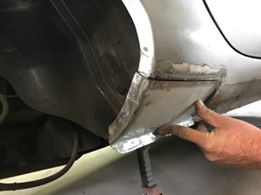 The water drain was clogged by the last owner, so the water stayed in the underbody…it was camouflaged oof

…
I mean the MX5 is cool, but the 2CV…Oof Everybody loves this shitbox

Let me introduce you the most ridiculous crash ever:
The recipe? 20 km/h, a roundabout, rain, some cool gas/oil on the road, and sucking at countersteering

Yup, I’m mad and I have no money to repair it for now hehe

But it’s ok the car isn’t destroyed, it was a “smooth” tap on the crash barrier and uuuh, the car was freshly painted :c

At least its repairable, but that really sucks. Hopefully you can get it fixed soon

I was the next on the list, we’re a group of carguy/gurls friends and one of us destroyed he’s nasty 206 1.9 Diesel (because he drives too fast, and he’s too young driver,but really, I think he’s calmed now), a month after that, the CRZ you can see up there on the photos got a crash too

(someone crossed a line he shouldn’t and hitted her CRZ) and one month later, itsa me Mario.

The next on the blacklist is the black civic

1400€ later, it’s repaired, and this time it has been well made, if you don’t know it you can’t say the rear was damaged!

And yeah, my brother bought an ND after he drove my mx5 haha

And well, the black civic is dead

I didn’t really like the stock wheels finally ( I liked them when I bought it) , and I had to change my tires, so it why not change the wheels. And as every ricerboi I bought chromed JR wheels

Well, and one year after I bought this car, what’s my opinion about it?
I don’t want to change haha, It’s always fun to drive it. I converted a friend, his parents, my brother, to buy an MX-5 lol.
I like the feeling of the road even if it’s (really) not confortable, and I’m only with short springs. The pops at the exhaust are cool, the sound of the cobalt exhaust is really clean and not too loud. It doesn’t have this horrible metallic sound of a fart caned civic lmao.
The only thing I’d like to have is a bit more hp, 146 is cool, and enough to have fun and overtake other cars on the road, but it’s not really surprising when you floor it.
But I don’t want to change for anything else, I hope I’d not to have to sell it