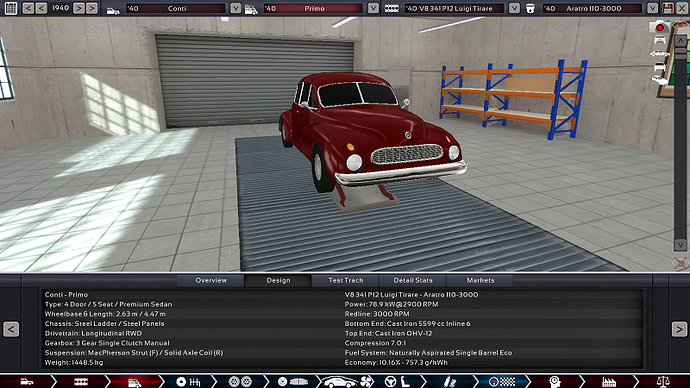 1946 Inglese - A new body with minor changes (based heavily on the old “Conti” with an updated chassis). Powered by a new 75Hp Inline 4, strangled by the low-flow small carburettor, it was capable of 96 MPH. The late '46 Mk II update had better fuel delivery, and 80Hp. By 1948, The Inglese had 85HP and a top speed of 100MPH with the new 4spd gearbox.

Another update came in 1951, while the 5th and final Inglese was released in 1954, with a significantly improved (but still ageing) Fe 25D8 providing 96HP and a top speed just under 104MPH… and more chrome. 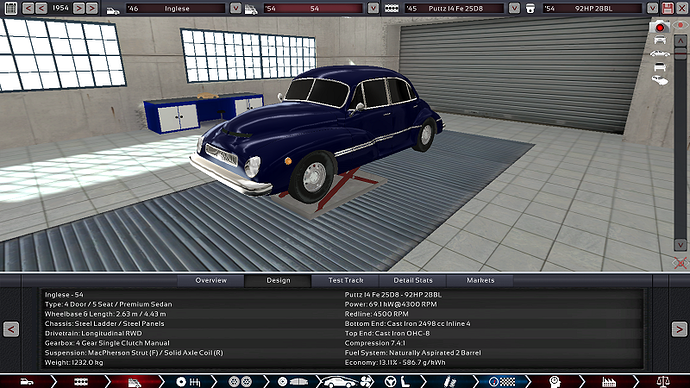 Wait… what? Sold a tractor engine to make pasta sauce? And what legal trouble? What did Giuseppe Contadino do?
Was he in the Mafia?

I love how dainty the Primo looks. Has plenty of character to it.

He sold the engine IN the car. As for the legal trouble, I’m not sure but I expect that handling stolen goods (including “appropriated” car bodies) would be a criminal offence… I could have made him out to be a racketeer.
The pasta sauce was just a side-business, operated from the same premises.
I am hereby inviting suggestions to improve my dud story/wording.

Thanks. I’d like to say “it was just lying around”, but we all know he stole it…

Oh please, we all know they fell off the truck.

In general: I am sure you have put some thoughts into your brand’s story. So just make sure you explain your thoughts fully.
You can of course make it pretty much a one man show and completely disregard actual historical events, that’s up to you, but then you gotta go ham, imho.

Otherwise, the question how exactly he managed to just “move to England” in the worst time possible would be interesting, also how he manages to start a business by selling a single car with a tractor engine, to build another single car.
(since you can barely make any profit this way, unless you somehow have access to gold layers and sell the car to the young princess Elizabeth herself, since I am sure Contadino has his way with the ladies.)

A speculation could have something to do with Italy joining the Allies in '43. Perhaps our esteemed friend had some ties that he didn’t want too closely examined. 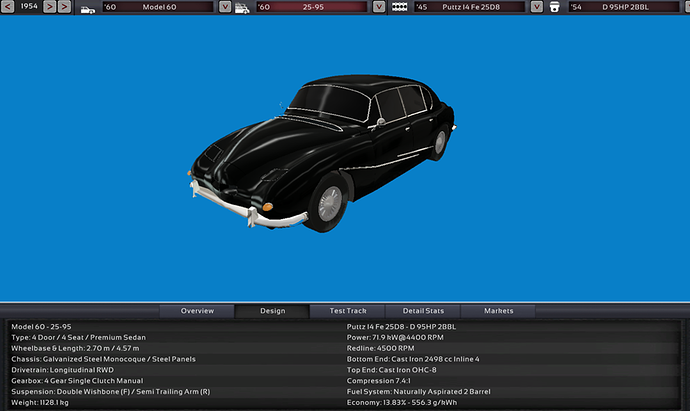 Nice premium car but the styling is somewhat dated. Still looks cool though.

In 1974, Puttzalong, now headed by Giuseppe’s son Giovanni (John) unveiled the GC2500. Aimed squarely at the Family Sport Premium market, it showed appeal to pretty much anyone wanting a “premium” car and was quite competitive. The engine was the same unit from the Model 60, but as a 2-barrel 105hp for the automatic, and a 4-barrel with 110hp to encourage sales of the manual. 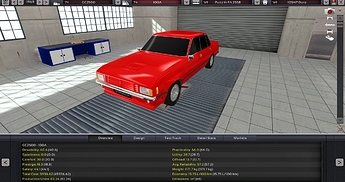 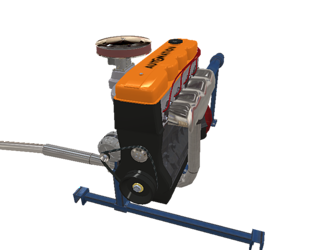 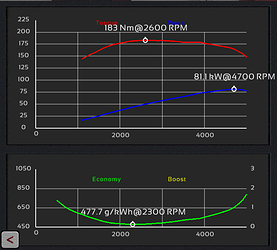 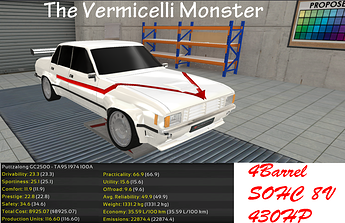 Puttzalong GC2500 - TA95 1974 100A-Racer.png945x613 661 KB
One of these cars, in VERY modified form was entered by a wannabe racing driver in a time attack series in 1995. The competition pitted it against AWD’s, V12’s and raging beasts propelled by more than 580kW. The simple tech used by Puttzalong was hopefully not the only reason for the extremely poor showing. The car was last seen strapped onto a trailer… possibly heading to a scrap yard. 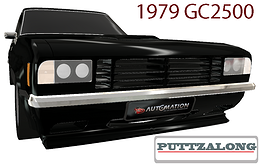 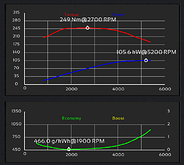 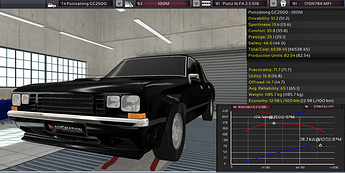 Echoes the Mk3 Cortina both with that styling and that engine. Nice.

Ah, I can see that now. And it’s a shame we’ve had almost no V8 Fords in the UK aside from Mustang imports.

I thought the Ford Falcon was sold to the Brits and in Australia?

We had the falcon here in Aus xk-FGx but I am not sure about Britain possibly the xk but I don’t recall any high volume British imports of Falcon’s. you would be thinking of a Zephyr.

I think you can get a special F-150 import, though the small villages in England would be tough to navigate.

@TheRoadrunner No idea if it was in Britain, I’m fairly sure it would have only been limited quantities and they would have been LHD imports sold via Ford dealerships.

@BobLoblaw I believe you can, I’ve seen a couple around. Just have a look at Clarkson’s test drive of one on Top Gear a while back to see how well it coped with British roads

Not to mention his fire starters got stolen. 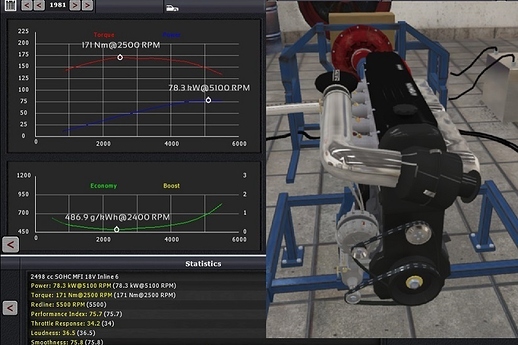 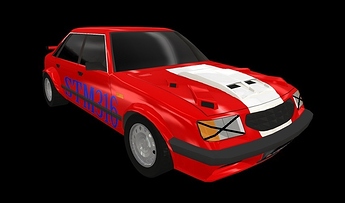