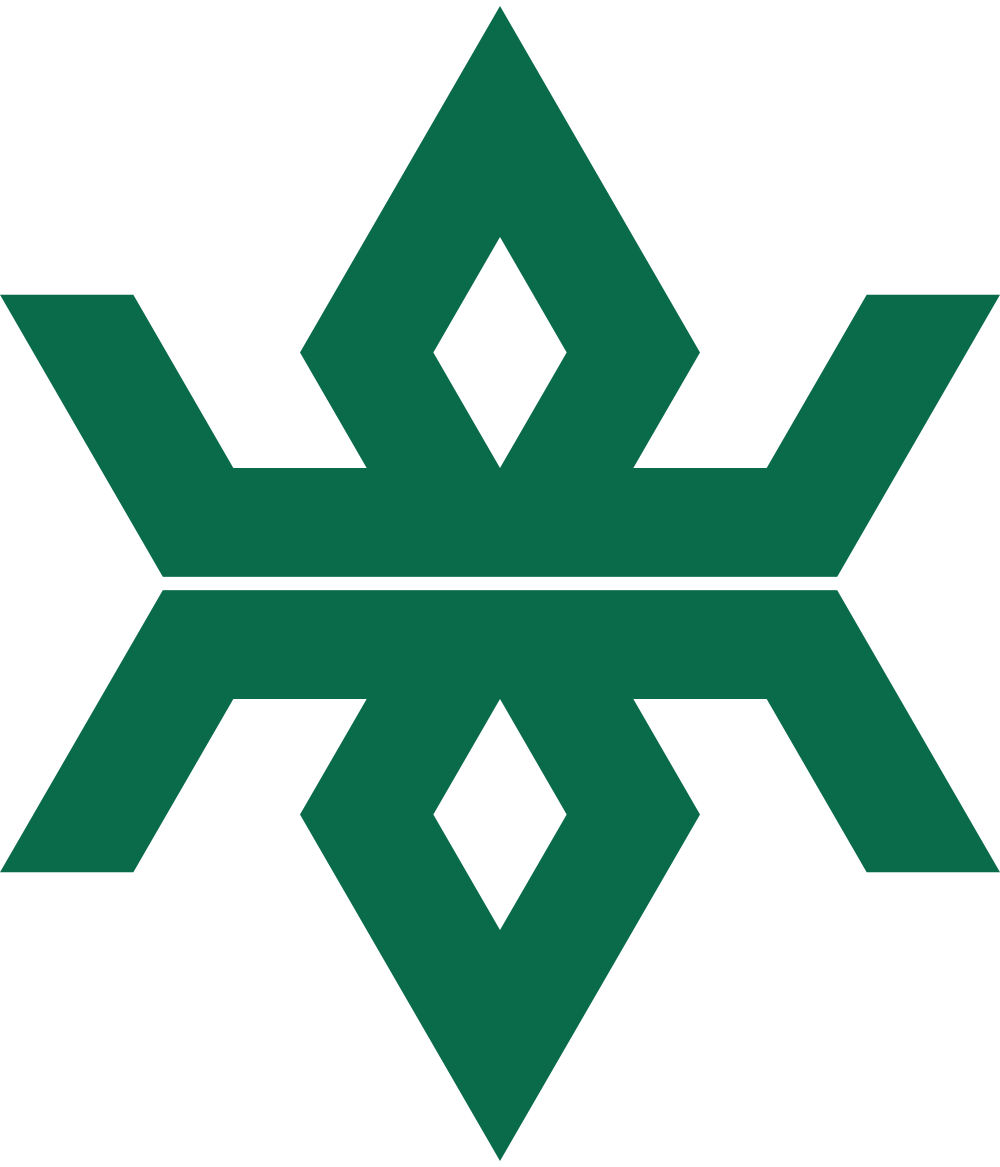 Seikatsu Motion Dynamics Co. is a "mobility company" that revolves around the notion that daily life and the evolution of society and mankind is dependent on the evolution of transportation technology.

Founded in 1899, they first produced pedal bicycles, then eventually expanded to motorized bicycles.They would later diversify in other areas of the transportation industry to include commercial trains, propeller aircraft, trucks, buses, and even running shoes. However, their primary focus is on automobiles, the first of which they produced in 1911.

The Seikatsu logo is a stylized kanji of 岩 (iwa) which symbolizes advanced progress. It is also the logo of the Iwate prefecture, where the founder Makoto Murata was born. 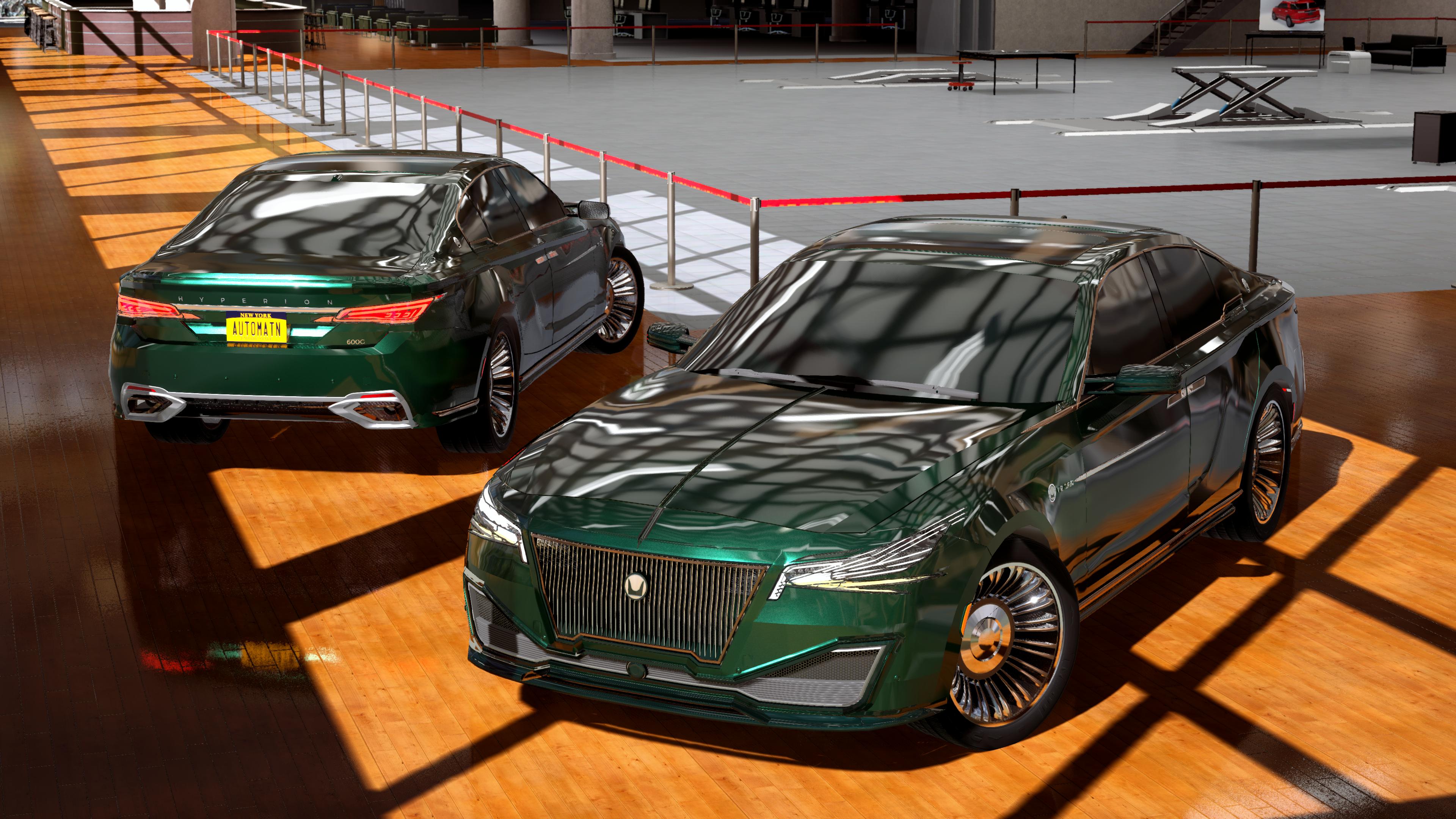 In Niccolo Machiavelli's words, it is better to be revered than to be loved.

The Seikatsu Hyperion luxury sedan, completely refreshed for the 2021 model year, is not just the manifestation of one's triumphant efforts in their career; it is a symbol that commands respect, and bears a presence that does not go unnoticed.

But the Hyperion's purpose extends beyond a mere show of force. It strikes inspiration and awe to those who witness it, serving as a reminder that everyone can follow in your footsteps and forever cement their legacy into permanence. 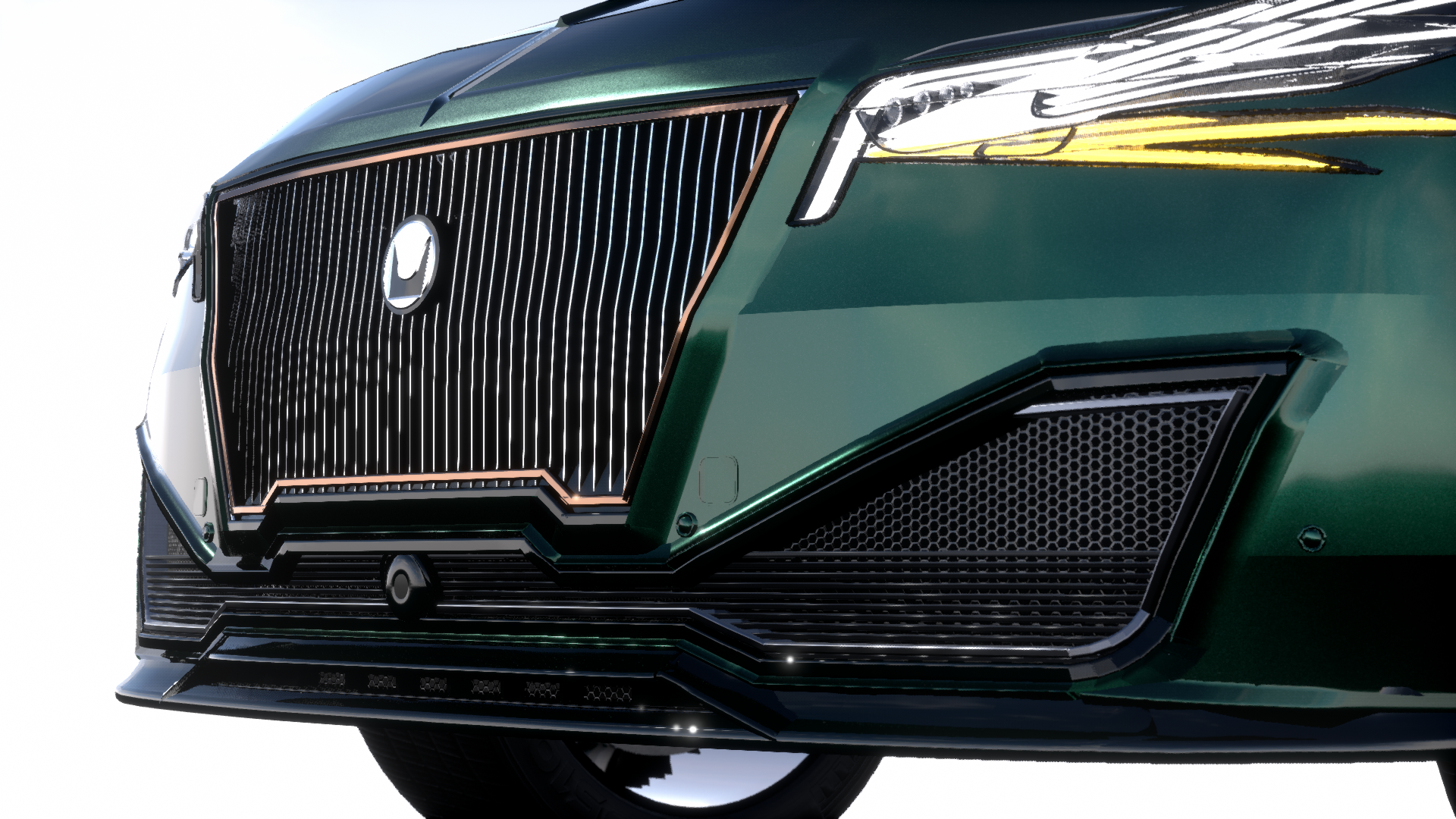 The most distinctive feature of the Hyperion are its "angel wing" full LED headlights, designed to have a sharp yet graceful appearance and to provide maximum visibility even in the most adverse driving conditions.

The "waterfall" motif in the grille traces a natural line that flows upwards the fascia and blends into the "angel wing" headlights that strike outwards, even stretching beyond their housings and into the bodywork to create a unified figure that flows into itself, complete. 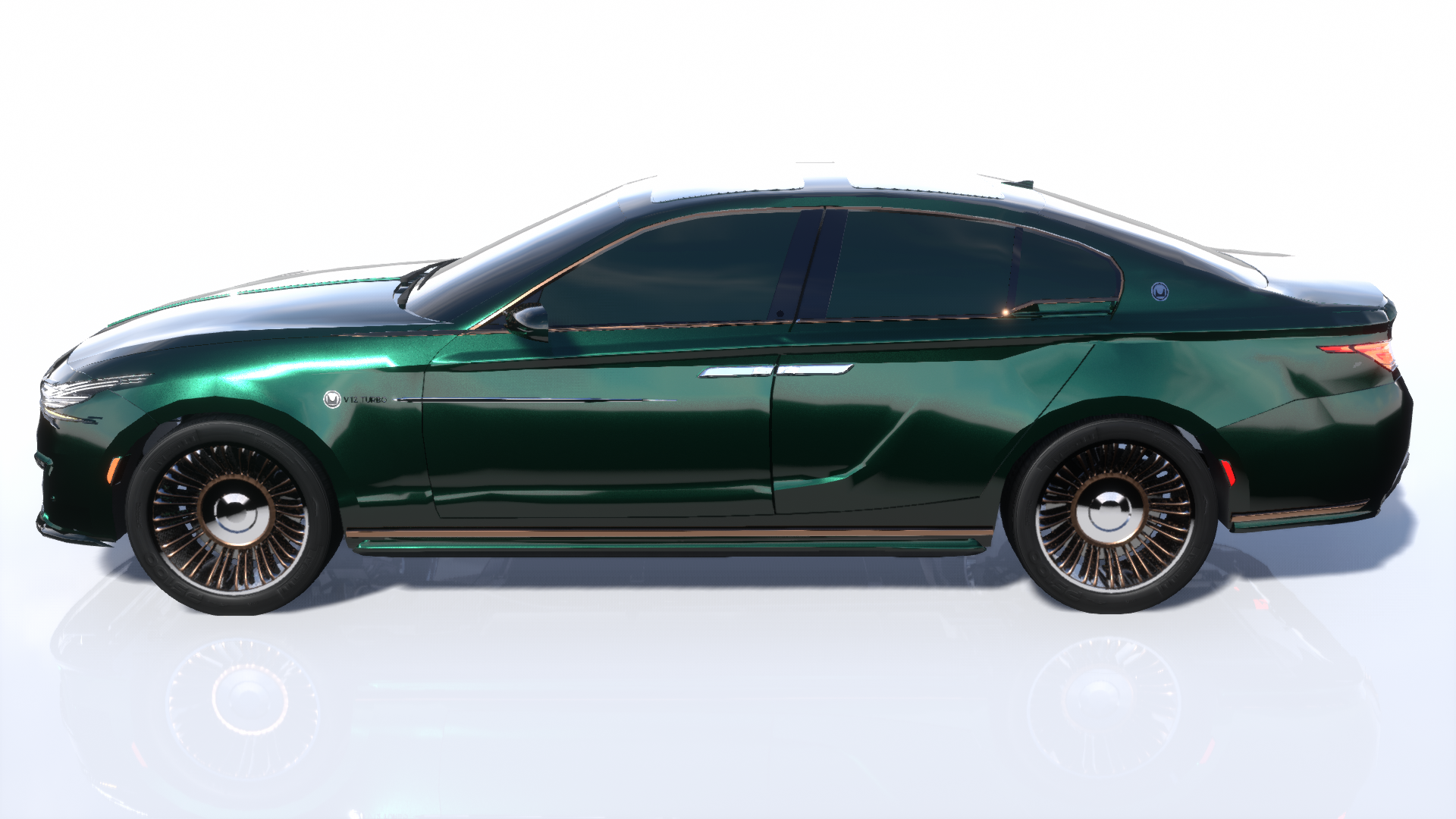 Meticulously sculpted body lines running along the length of the Hyperion brings an element of subtlety while maintaining a high-class composure. A tapered roofline, low-slung stance and accentuated rear shoulders highlight the Hyperion's grand touring nature. A slim waist and nice hips, just how I like my women. 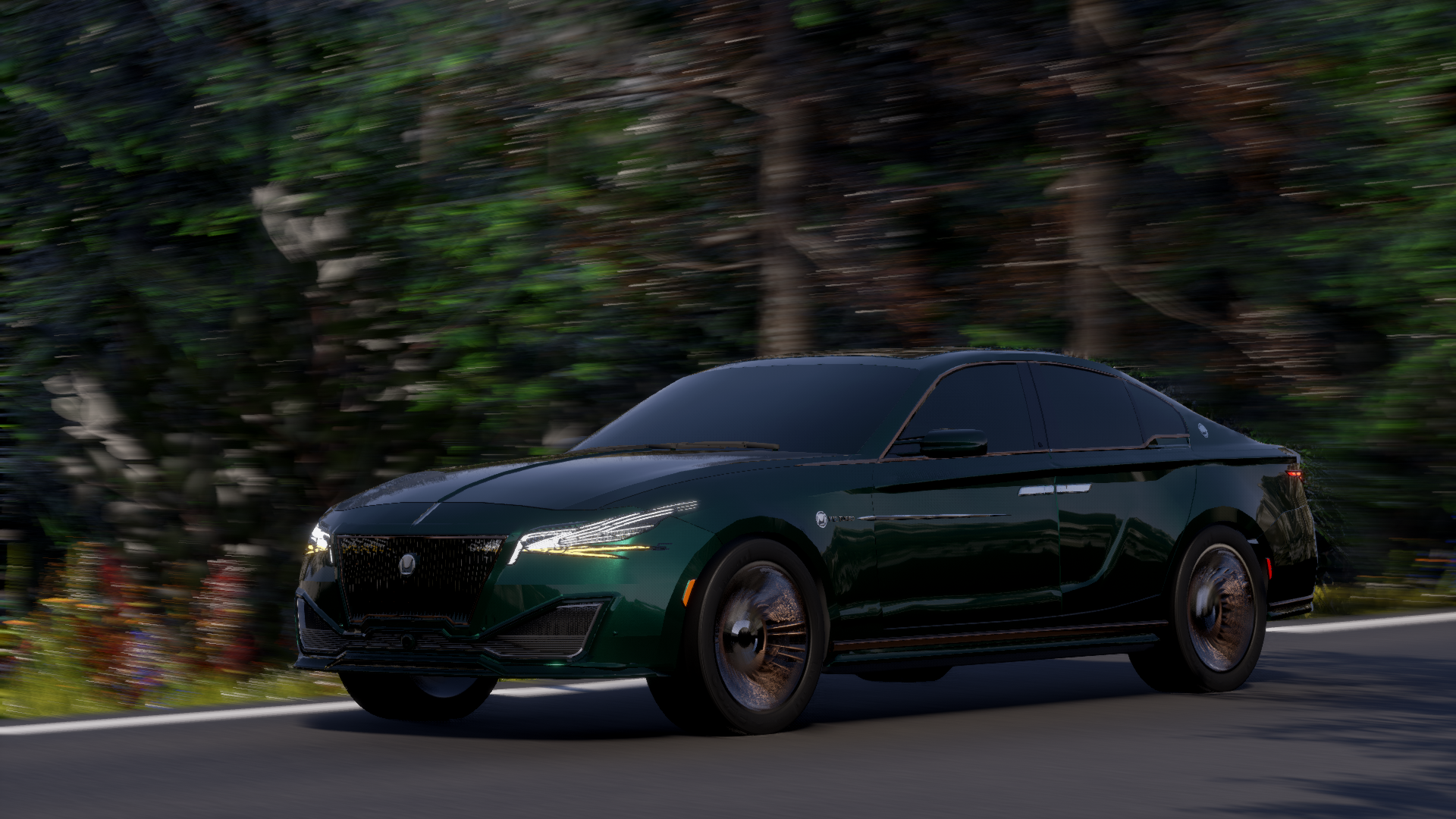 An array of piezoelectric and gyroscopic sensors detects even the faintest amount of body roll, pitch, or yaw. Combined with QuadraDrive's active torque vectoring, Seikatsu's "MAGIC CARPET RIDE" active suspension system with adapts to the environment around it and can even anticipate changes in road consistency and composition. Potholes, speedbumps, and even curbs are completely absorbed by MAGIC CARPET RIDE, ensuring that no harsh movement is transmitted into the cabin.

Tunable hydraulic dampers allow the entire handling characteristics of the Hyperion to be changed at the press of a button, anywhere from an ethereal gliding sensation like a "magic carpet" to a focused, responsive canyon carver. Ride height can also be adjusted on the fly; it can be raised to clear obstacles, or slammed to drive under semi trucks at highway speeds. 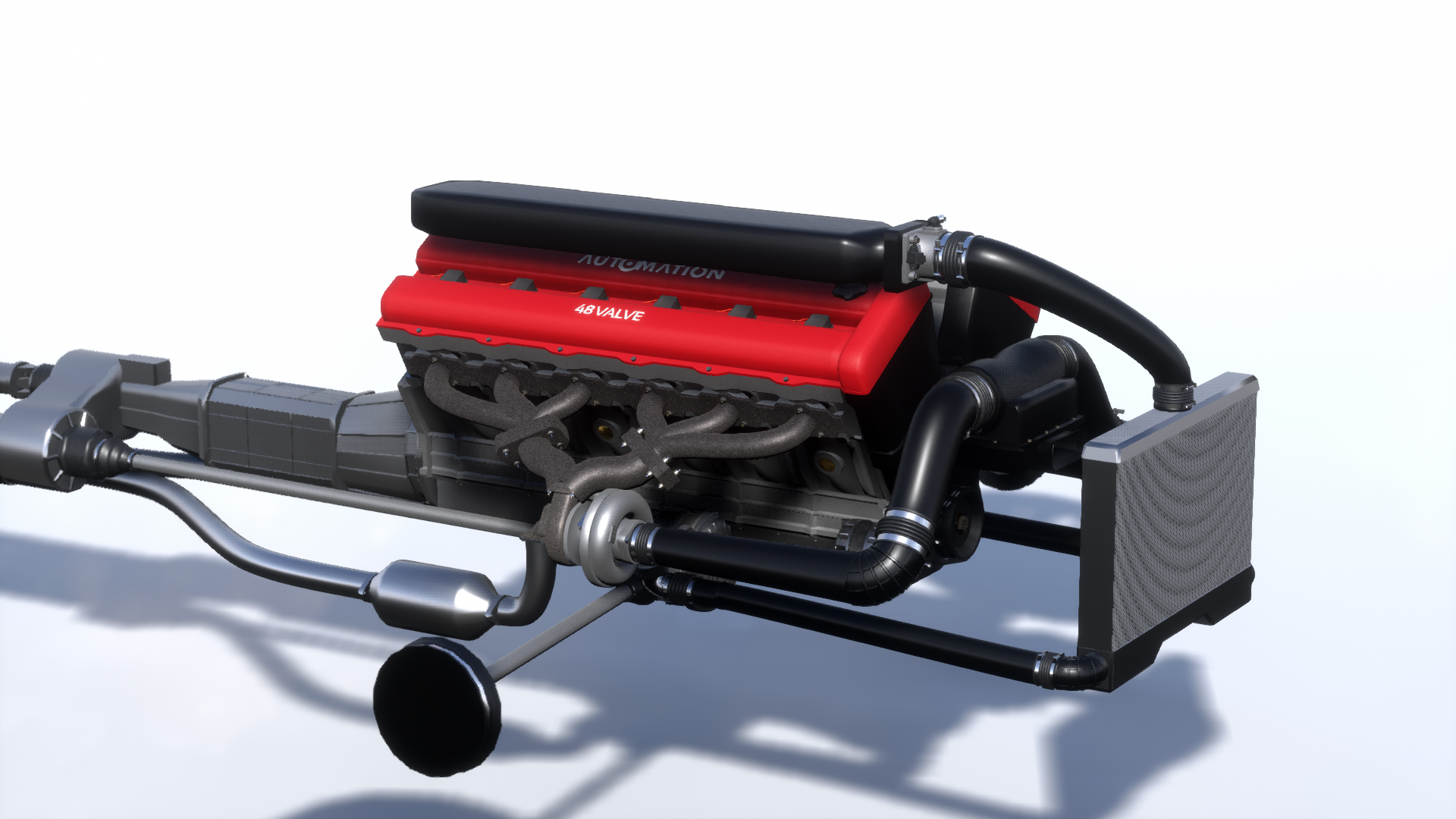 The third generation of "Saffron" V12 engines continues to be used for the Hyperion in its highest trim. Displacing 5997cc and fed through two turbochargers, the result is 542hp and 573 lb-ft of torque pushed to all four wheels through a tiptronic eight-speed automatic.

The Hyperion reaches highway speeds in 4.6 seconds and tops out at 190mph. Frankly, I don't know why you would ever need to go this fast. But it's a nice conversation starter.

Excellent start to this new thread of yours. The Hyperion, especially in top-shelf V12 form, is one of the best-looking, best-equipped full-size luxury cars around.