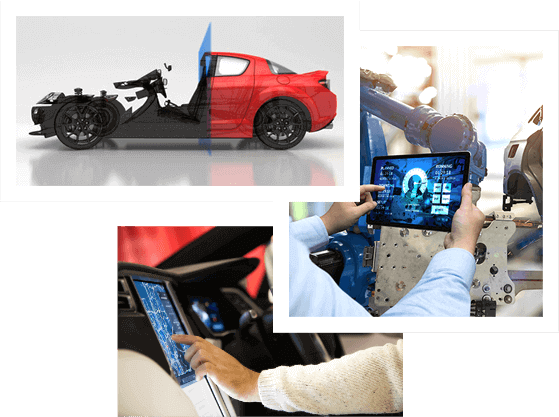 So after a bit of fudging around on Discord with a challenge idea to get more collabs to happen in the community it is time to start drafting this proper.

In real life automotive development is a gigantic collab of thousands (and thousands) of engineers and designers to figure out a car and how to build it. Some parts of this development happens in series, where you start off what already has been decided and make the best of it, and other parts happens parallel, where different parts are developed at the same time with limited communication between the departments. This goal of this challenge concept is to capture this in the Automation community, with all of the woes it may bring.

Alright, let’s go down this cooking recipe for car development in automation. The intention is that information about the car only is given when transitioning from one step number to the other and that parallel development happens unaware / in secrecy. All players are given what kind of car it should be, and the goal approximate cost. Teams also do not get preformed, but are decided by ?the host or randomized?, and are meant to be unaware of who is in their team during development.

The Steps as I see them:

Et voila, after all these steps, you got a finished car.

This still is very much in the draft phase, and I would love to hear what you guys think about this challenge idea pitch. So yeah, there is no theme or anything here yet, just wanting some feedback concerning the idea and if anyone would be interested.

You could add everyone’s name into a random team picker, to save people being left out, would also add a bit of challenge to the team, and give some “team building” esque feel. Also how is the .car file being passed around, this might take time for people to do if they haven’t finished their section, so maybe deadlines for each section or something. I like the idea of a general vote, but I feel like you’d end up with each team voting for itself, unless you disallows that or whatever. A public vote might be better with those rules. Seems interesting nonetheless.

For such a collaborative project, at least two players will be required, but will it be possible for more than two players to work on it? If so, is there an upper limit to how many players can collaborate on the same car?

For role assignments it may be best if an entrant states the role they would least like to do, then their role is randomly picked from the others. This way it would still be difficult to find out who your teammates are and would avoid the potential for someone like me to be put in charge of styling

I just want to say that this is a great idea. This team building is an excelent way of teaching how to work in grops, also this would also increase the amount of trust in the teams which could in result give better cars and make community more connected. Therefor newer players could gain more experience and improve their skills in this game.

To touch on some of “problems”. In my opinion Role assignments would have to be randome or give a team a chance do decide. Host could make the teams (needless to say that teams should be made as equal as possible) or every person that is willing to join would get a number and numbers would be randomised in some kind of a software (or any “randome number generator” on internet).

This might be a stupid idea but, what about self-grading. At the end of each round each of the participants would fill the “questioner” on how do they think their team did and how good or bad they were.( It would be announymus in my opinion). Then at the end of the round the results of the each team would be published. This may or may not be taken in regard when chosing the winner of the round.

The team that won would be responsible to choose the person who will host the next challenge in some period of time. (If they will not be able to decide then the team that comed in the secon place would be given the chance to decide if one of them is able to host.)

It depends on how many entrys there will be but in case there will be a lot parameters that would effect who would win maybe two hosts wouldn’t be a bad idea.

I think the idea of not knowing who you are working with until the end would be fun but I’m not sure it would be easy. For example, how could we transfer the car file? I think if we find out our teams, but no other participants find out, so you only know who is in your team and have no idea who else is together.
Anyway, I’m looking forward to this and hope it gets started soon

You’d send it to Dragawn, who’d then send it on to the next person