So for better or worse, I bought myself a beat up 1987 MR2 to restore…

Included are a lot of spare parts. This will be a good summer car project for at least a couple summers. I’ll keep this thread updated when I get the chance to start working on it.

Good on you saving this. Look forward to seeing progress on it.

Parts, they will not come easy.

What you don’t see in the photos is my back deck covered in spare parts. Both trunks and the passenger seat have also been sacrificed to spare parts.

First bit of progress on the car: give it a good vacuuming.

No LEDs yet, disappointed

Serious note: Cool! Can’t wait to see it up and running! IF you ever need parts @cpufreak101 knows a little something about finding parts and guides that maybe all of u know and I don’t or something more unique!

I have a spare 4agze from my old mr2 if you really get stuck for any engine parts, the block is no good has holes where the mounts used to be but i have aftermarket piston/rods and camshafts already amd boxed lol…welcome to the AW11 club…just dont crash yours into a tree like i did…

Nice car. Make it nice and don’t tune it with LEDs and shit rims.
AW11 is a lovely car.
Which engine is it?

It’s got the stock 4AGE in it but it doesn’t run I don’t think.

Thats not a jdm so it will have the 88kw big port 4age…black and red top i think with a distributer and TVIS.

Yup, that’s exactly it. And it does not run

@Trollercoaster first step is getting it roadworthy. Then will come the modding.

And I’m sure many people will disagree on this, but I would probably try to get the instrument cluster replaced by one of these: 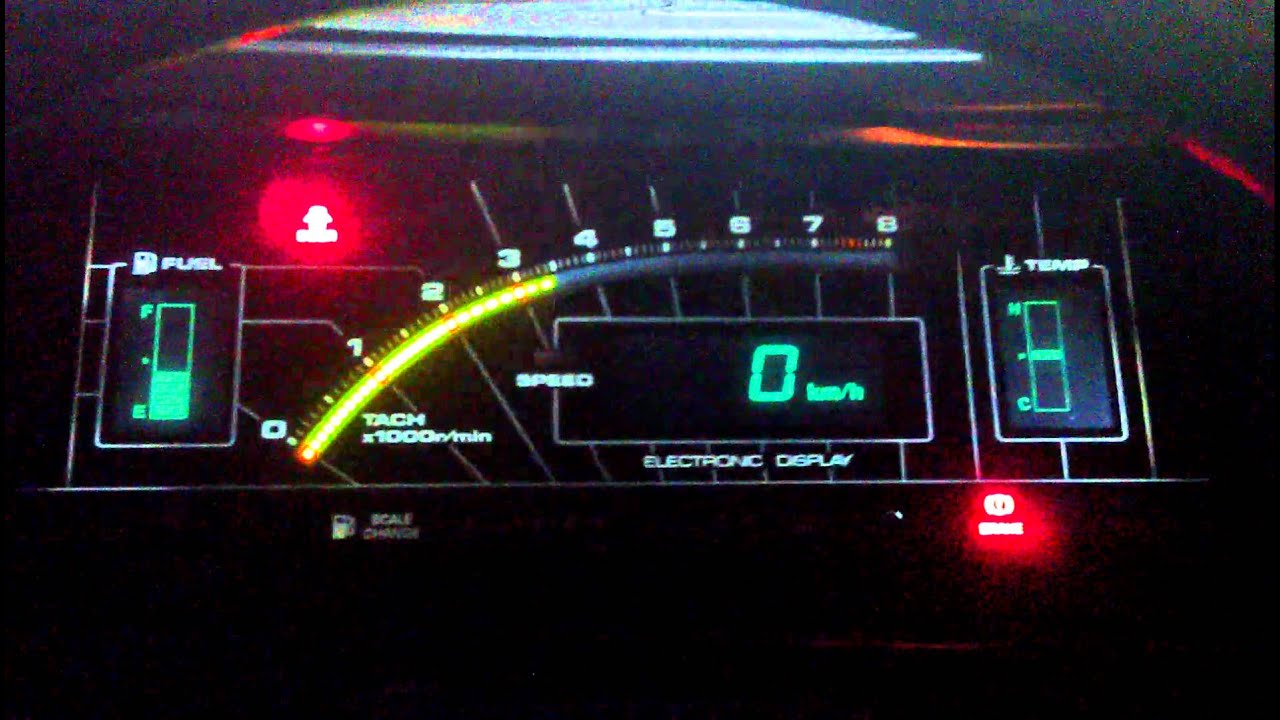 The latter will fit with minimal work, the former will require some cutting…

I’m basically looking to sticking with OEM Toyota parts as much as possible, even if they’re from other models

Your choice of Celica GT wheels pleases me.

I am totally on board with your concept of a frankenyota revival. That cluster is so 80’s it should have been featured in csr37! Good luck on the build.

So now we know who the true identity of the client behind CSR37!

I suddenly have a hankering to watch Knight Rider…

From what cars exactly are you planning to source a replacement instrument panel? At any rate, both of those look like they came straight out of a video game, which just makes them so much cooler.

And congratulations for having the courage to commit to a long-term restoration project such as the one you will be undertaking! I wish you the best of luck with the build.

The top one is from an MkIII Supra and the bottom from a Corolla Trueno. The Sprinter and MkII Supra also had some digital clusters available. I’ll be sticking to Toyota parts as much as I can.

Go the carolla option should work with a 4age like it was factory…dont throw out the tek screws or display thet are chased by entgusiasts around the world. I am really interested in this. Just putting it out there that maybe a v6 from a camry does sorta bolt in with ease…or get a 4agze halfcut remove the tiny blower and use a t28 from a late model silvia with the 4agze ecu… i have a few contacts worldwide that help me track down hard to get parts just email me dude at JuliusGraham5485@gmail.com if ya need a hand…I am in France now but have contacts in australia new zealand america and the uk

Please carry on planting these ideas in his head, it’s great.