1990 Sportscar a different take on an M3 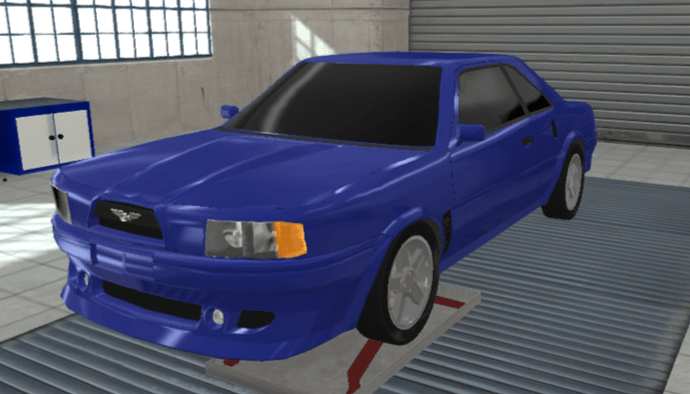 Perfect oversteer characteristics, delicious engine in the high RPM’s that you should use it in. The rise to that area is still reasonably smooth, but you are really missing out if you don’t keep the rpm high.

Under 125k price, under 1000 kg weight and between 300-330hp in the rpm range where the engine is hanging out when going through the gears

I am quite satisfied with the car overall, I assume that is decent stats for its cost and car type considering the year restrictions (I also stayed away from the quality slider)

But! there is one issue
I always make sport engines that are very thirsty, I will gladly take tips on how to tune the six to make it more fuel efficient without making it to tame for my “supercar on a budget”

I"m going to have a crack at it, are you playing with the open beta yet?

I got the beta running I will re tune the car and post it again.

I guess that will ruin the fine tuning of the car though… Maybe I should get back after I have redone it?

The big thing is you have to ditch the 5 valve head, it’s not yet available in the open beta by 1990.

Is that a bug?
They should be available before 1990…

Anyway I updated it and uploaded it again

Okay here’s my tune of your engine, it’s down a bit in power but up in reliability and economy. I played around with the gearbox and downforce a bit and found that for about .1 in the quarter mile this will return 13.19l/100km, and keep your 3.5 0-100kph and standing km time. 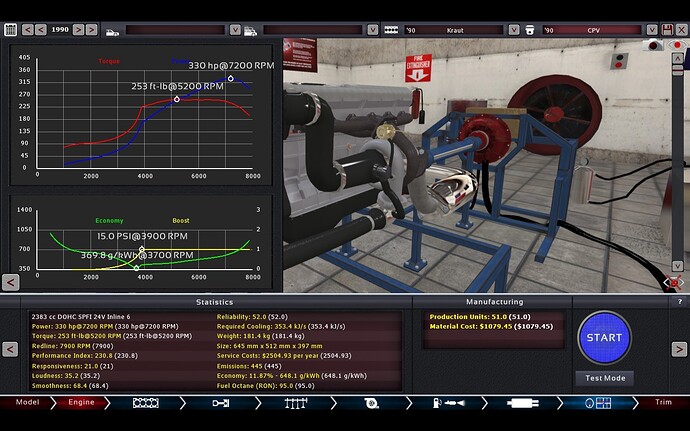 Nice, tuning there. (I actually played around with the downforce before you posted

)
What is you initaial stategy when trying to tune a turbo? That is sort of a bit of dark art for me.

Do you have any other feedback about the design anything in general you think is well executed, or are there some other glaring issues?

Your cam was way too high for a turbo car, first thing I did was lower the boost and timing and start decreasing the cam, that was the biggest economy gain, your max power was actually around 80 or so, that’s why your torque curve was so messy, your turbo spooled up before your cam so you hit boost then your cam got into it’s power band. I actually saw about 370hp with the proper cam setting before bringing it down.

As for the car, setting your front brake pads to 0 was hurting you, put them to 40 or 50 then decrease the rotor size to just enough to not incur a brake fade penalty, the rears were okay at 0, flaring the fenders out a bit more allows 205mm wheel width which helps you with grip. here are a few screen shots for the tabs. 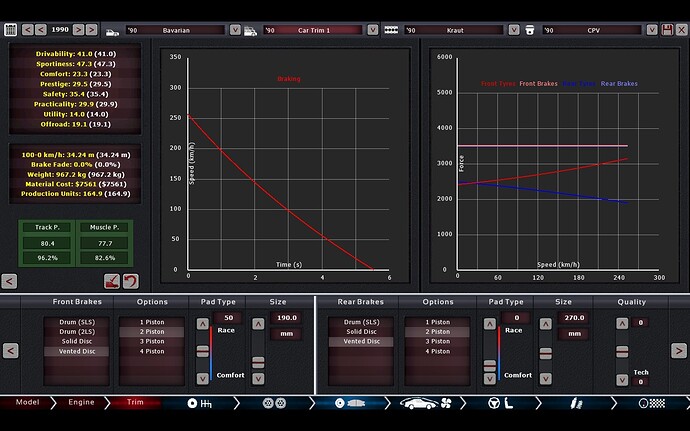 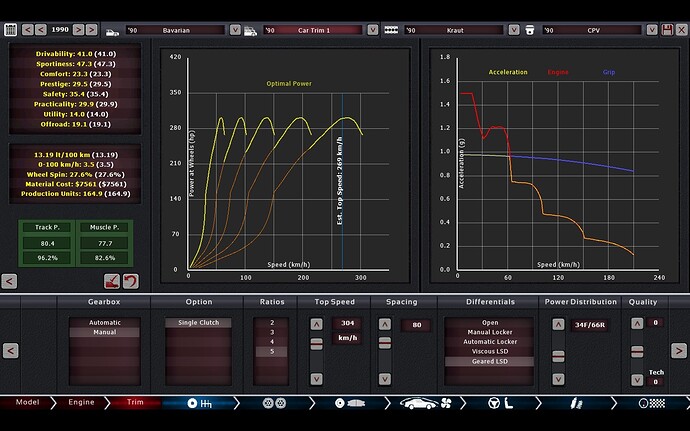 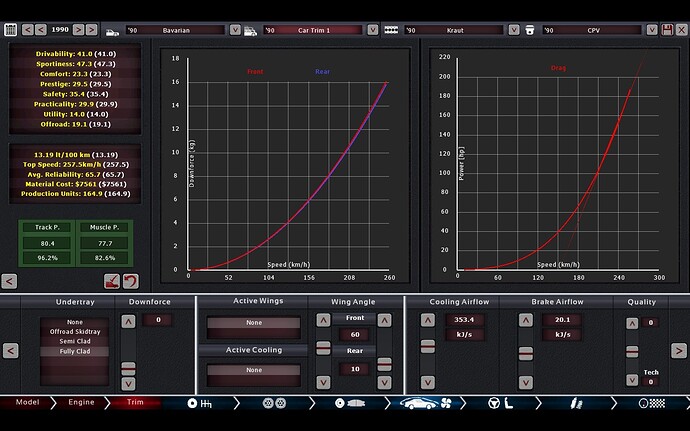 Ah so it was the fenders that were stopping me from getting wider tiers, I did not understand what was stopping me I though they were a bit narrow for a 90s car.

And thanks for the cam tip to, I have been doing that to my NA hot engines and i didn’t fully understand the implications when going to the turbo.

Haha that would be a closer fit

When I first started doing it, it was styled after the E30 m3 visually when i first built it, and the initial Idea was to sort of build it but with the engine monted transverse in the mid. But then I got carried away

Tbh it was sort of something I would like to see done irl.

Unfortunately I doubt I would ever be capable of fitting that properly in automation, but if you ask me such an install (with a less race tuned engine) would make for a damn fine mid level sports car!