I’ve done a very stupid thing yesterday. Yet I’m still happy with it. 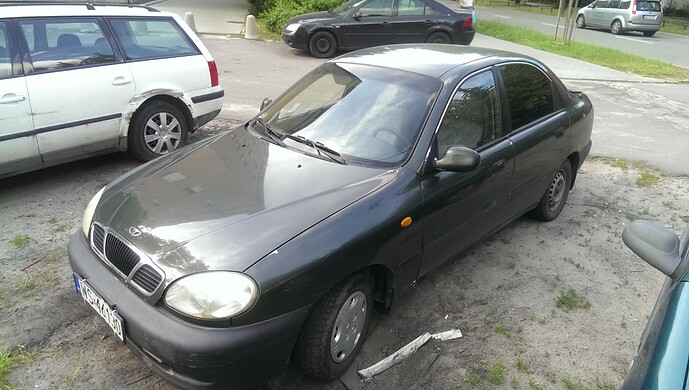 ##MISERY ON WHEELS
…also called Daewoo Lanos. Produced in Poland in 1997, since then it’s done over 240k km (the odo shows just 1.6k over, but in fact I can’t be sure how much “over” it really is - normal thing in Poland, unfortunately). It’s (nearly) the most basic of basic configurations - instead of writing what it doesn’t have, it’ll easier to write what it has:

Yup, that’s it. No power anything, even steering. No ABS. It doesn’t look good either: 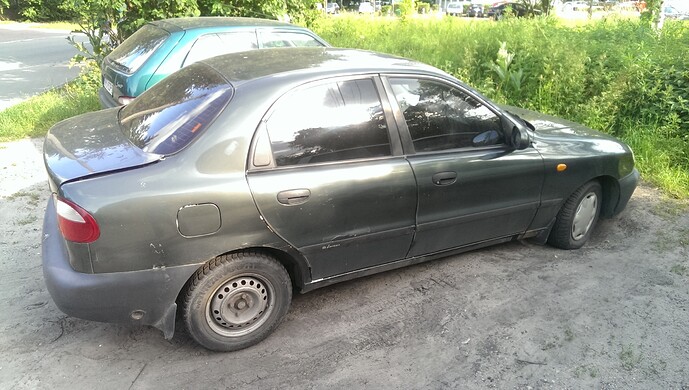 And it was hit from the back, 2 years ago, and since then the boot doesn’t open - the only access is through the folding rear seats. 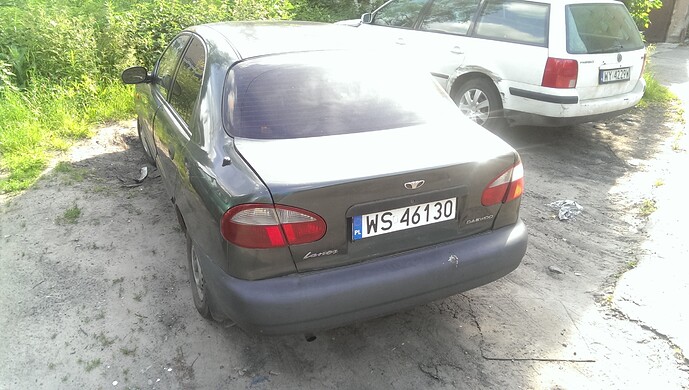 There are aftermarket DRL, but - guess what! - they aren’t really working, and the previous owner wasn’t sure why. 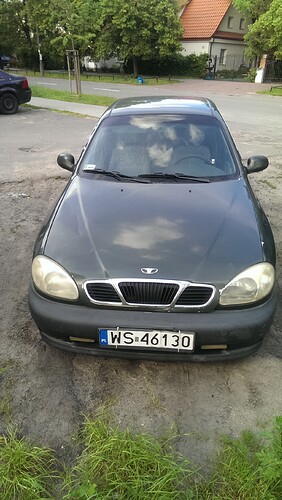 And here’s the interior - not very pretty too (it really needs cleaning BTW): 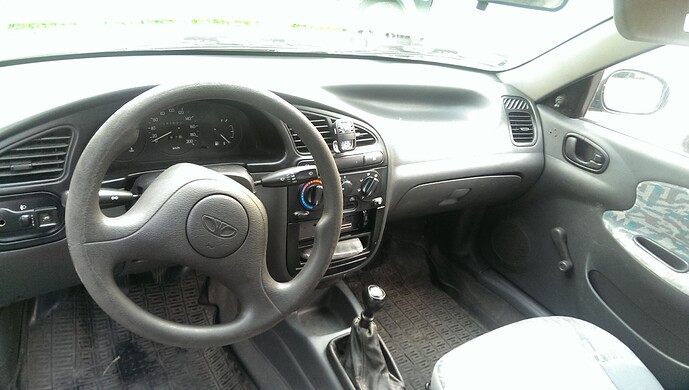 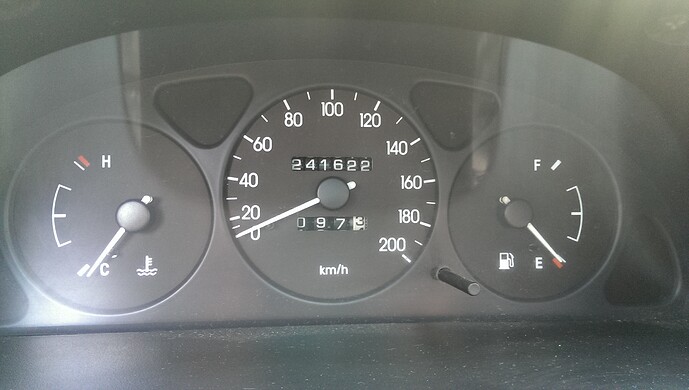 The engine runs rather good (it had the valvetrain done 30k km ago IIRC), although sometimes doesn’t want to start - the fuel pump doesn’t pump for long enough. The gearbox though… often pretends that there is no such gear as “second”, but fortunately 3rd does the job too. Suspension is ok, chassis isn’t rusting, steering is good, brakes too - so in general, it drives good (for a Lanos and for a cheap, old car) and won’t disintegrate by itself. Tyres will need replacing soon, so will the wipers. Oh, and the rear left window doesn’t open - the mechanism is broken and the window is kept in place by a… stick

at least it’s a stickshift.

Heh, it could be pretty hard to find an automatic Lanos, at least in Poland

HonestlyI have no idea about the manufacturing history of that car, but it’s a daewoo so it can probably take a beating, judging by the fact that their trucks and refrigerators are reliable.

Wondering… how are prices on Maluchs these days? I thought those would be the go-to choice of a beginner in Poland. Best thing on that Lanos i think is the LPG… it might be shite, but atleast the fuel is cheap.

The times of dirt cheap Maluchs are gone - now they are often considered to be “classics”. There are some for around the same price I’ve bought this, but not many - and let’s face it, they are even worse than Lanos.

And yeah, cheap fuel and the fact that it’s driving are the best things about it

Driving manual without tacho? I couldn’t.

It’s one of those cars in which an automatic would genuinely be an upgrade. Also 1.5 LPG? What’s teh consumption like?

I didn’t have time to check myself yet, but the previous owner said that sth around 10 l/100km.

I don’t think we got a saloon Lanos here, as far as I know we only got the hatchback. The outside of that car is beat up pretty bad but I have faith that you could make it as good as new inside, and you could easily fix all that stuff like the rear window and the boot not opening. Wish you the best of luck with it!

That had to be one of the shittiest shitboxes that was still running.

'Tis always a pleasure seeing these things rolling around. Even if only for a good laugh. We did get them in the US, but only for about 3 years, and they’re a rare sight (so is the Kia Sephia though. I wonder why…). But it’s a perfect first car, as nobody’s gonna miss this thing.

Cute. I don’t know what it is about these shit cars but I love them. I guess it has to do with the freedom that they offer for a low price. It’s still a CAR and you can drive it places, but it cost you less than a video game console. You can’t drive a video game console.

Or it might be nostalgia for my first few cars. The cheapest car I ever had cost 150 euros, it was a late 1980s Nissan Sunny 1.4 with a 4 speed gearbox. Always feeling like running out of gears since before that I had another late eighties Sunny that was 1.6 with a 5 speed.

Welcome to the life of beater motoring, enjoy your stay.

That is a truly miserable turd, I love it. And hey, if you reckon it has no rust it’s probably got a good bit of life left in it yet. I mean, going off those pictures, even if the boot is jammed shut and bent you still have better panel gaps than an Austin Allegro so it’s not all bad.

Eh… 220 eur is fair price. But Im guessing had no technical inspection passed?
Just checked, you can have a mk3 golf for that price, fresh out of MOT

It was daily used just a week before I bought it, has technical inspection valid until October and insurance paid until November.
And the question is - WHERE I could have this Golf? That might make a big difference

In this case I didn’t choose a model, but a car that had both inspection and insurance valid for a few more months and an offer in which I knew exactly what I was buying (as I know the previous owner). And BTW, I really hate Golf III, for completely subjective reasons