i have owned this for about a year and a half but never posted it here:
registered feb 1997, about 69500 miles. it has a 74hp 1.3 4E-FE engine and a 5 speed manual gearbox
has a few mods, alloys from a corolla G6, JDM rear lights and clear front indicators
here it was before anything was done to it: 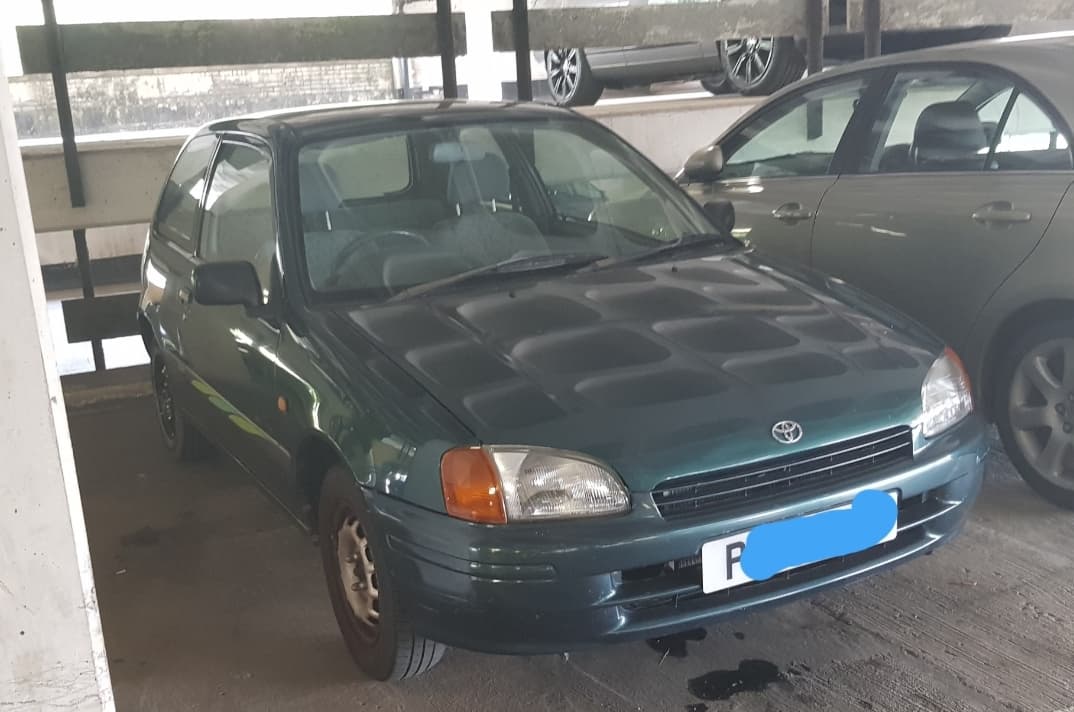 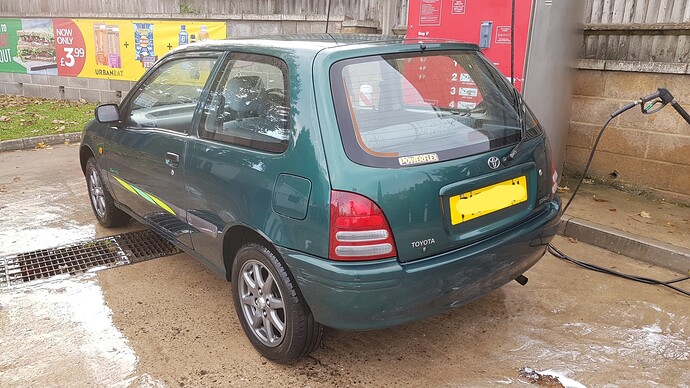 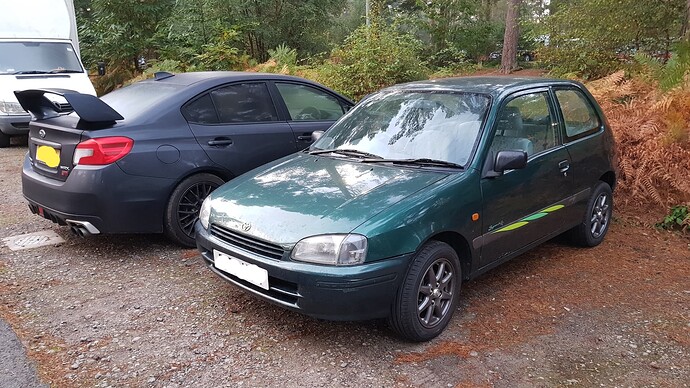 I guess you are one of the few people who could park a 90s Starlet next to a WRX STI and not feel embarrassed about it in the slightest.

At least he doesn’t have to worry about head gaskets or… rod knocks!

Better yet, not worrying about removing the engine to get to the cylinder heads to replace em.

got it fixed and its back on the road

I almost made a comment referring to my Corolla G6 with the 4E blowing two head gaskets in 30k, but I thought I best not jinx it…

Luckily this is only the 1st time its gone.
Im pretty sure it had gone before i bought it and was plugged with headgasket sealer, the coolant was an absolute state and no amount of flushing would fix it. Eventually it started overheating and drinking coolant so i got it sorted out

That’s exactly as mine was. Full of K seal, took ages to flush, the first gasket was damaged during install and lasted a couple of years. Took like 5-6 flushes to get the coolant to actually stay clear again by the time the 2nd head gasket was done.

My coolant is staying ok so far, been a few months. I didnt do the headgasket myself since i would just mess it up, so i took it to the garage and as far as i know it didn’t have any issues going on, fingers crossed it lasts a while