My car did today pass safety inspection, the first one after 8 years of collecting dust.
This is the story and monthly summary about my first car. 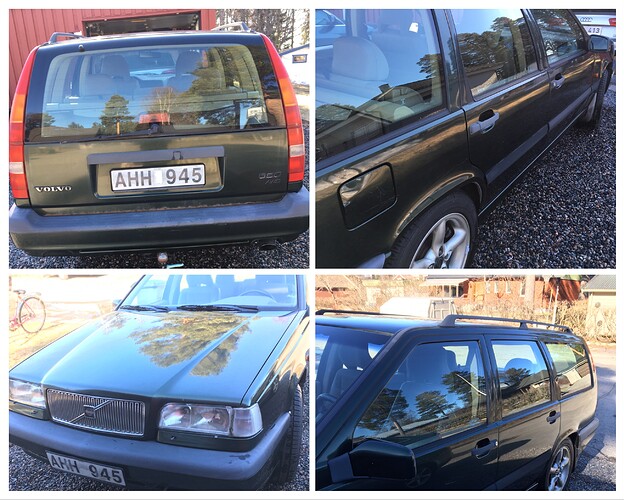 November 2017: The first time seeing the car in person. It was battered and had not been treated well, yet I fell in love with it (no not like that guy wich is sexuall attracted to his car

After the purchase it was clear what had to be fixed. The first thing I did was cleaning out the interior with different cleaning products and a vacum-cleaner. The day after it had a regular service with airfilter replacement and an oil change altough it’s crappy “biltema” oil.
Same month I replaced the rear brake pads and adjusted the E-brake cable so it bites a bit more so to say.

During this month I realised that my 850 is very, very, very rare. 97 850’s with AWD and a 5 speed manual are even more rare than the T5-R special models.

December 2017: This and next upcoming 4 months nothing much happend with my car (will explain it later)
Anyways that month I fixed a issue with the fuelcap that made it impossible to close and lock plus some other small issues.

I fixed however a really annoying problem, both bootlid dampers where broken and was inable to hold up the boot so 9/10 times when I was inspecting the rear muffler or the rear lights I got hit in the back by the boot and it doesn’t help that the boot is heavy since my 850 is a estate model

April 2018: Nothing much happend this month, I replaced the front windscreen wipers, the rear brakelines and the bolts for mounting the brakelines (they broke when I tried to remove them

May 2018: Alot happend this month many lights replaced including the front left headlight bulb and a license-plate light.
Late this month three big things got replaced and EVERY SINGLE PART where placed in inconvenient locations where I could not reach with the required tools

The oil return line where not easy to get to but it was easy to replace, while the engine mount where exact the opposite, it was easy to access but MY GOD it was really annoying to put it in place. Finally the last thing I replaced this month was the front CV-boots. But I have to say it, 850’s has probably the WORST front axle assembly i’ve come across so far in any car. To remove the CV-boot you cannot just “move the old CV-boot away” nope of course you have to cut up the old CV-boot leaving the work area and other components a big mess with the grease it contains. If you manage to get past that bs the next thing is to remove the outer axle but to do that you have to open a special spring washer wich is… you guessed it hidden under the grease with transparency not even existing

After 4 hours of dumb luck I finally managed to remove it and the install process was hilariously easy compared to the bullshit of dissasembly, oh yeah I forgot to mention this this was only the left side, I had to fix the other side aswell… sighs… MOTHERFU… 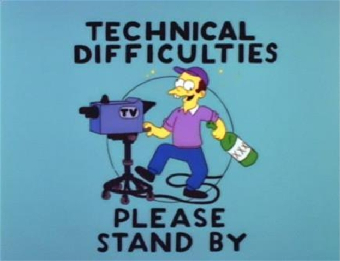 June 2018 Like I said before today it got passed safety inspection but only bearly, I had to replace the running lights on my own responsibility but it wasn’t a super big safety hazard, it was a easy fix tho, just pull the spring that holds the whole assembly, remove the lid and push the bulb downwards while turning it a quarter of a turn.
Now this is only the beginning like the saying goes “A project car is never finished.” I will (maybe) return with updates when it has passed it’s next milestone…
And that is Nürburgring

Now you might wonder “Why this has it taken me almost 7 months to complete this?”
Well the answer is because of studies. As much as I love cars having a proper education is more important in my opinion, besides having a job with great pay gives a greater chance of affording a high quality turbo and not some ebay bootleg garbage as an example

Hope you found this story intresting, feel free to comment anything you want and I hope I can continue this story (unless I get into a burnout 3 crash junction accident or something similar)

Nice to see a thread on it now…looks nice, didn’t know it was an AWD, probably rare as you said, because if I remember right it became the V70 shortly after the AWD version was introduced.

(Looked at my snow tyres, they are junk unfortunately

Yeah you are correct, infact it overlapped production with the “new” V and S series. I said “new” sarcastically since early V and S models are only facelifted 850’s.

Argh that’s unfortunate, but thanks for your help anyways

It’s more than a rebadging, it’s a quite heavy facelift actually, but it’s less obvious in the wagon version that only has the taillights and some trim changed in the rear…

Quite a fun fact that the original model (1991-94) 850 was originally supposed to be the first facelift. It was different design teams working on the 850 and the update from the 740 to the 940. When the original design for the 850 was compared to the 940 the thoughts was that the 940 looked much more modern, and that would not have been very good considering that the 850 was going to be the model that would be a revolution for Volvo, so they rushed the first facelift that was already on the design table instead. A bit fun considering that the 850 got a facelift in 1995 and then in 1997 when it became the S/V70…maybe a bit hard to keep the square shape modern in the 1990s when most cars looked like soap bars, but 20-30 years after I think that the more angular designs of the late 80s and early 90s era (like 850/x70, Lexus LS, Saab 9000 and Mercedes W124) has aged much better than the rounded off shapes that was modern in the era…

Heck yes!
Funny enough i’m the only one in my family that prefers manuals before automatics

The acceleration compared to my dads '04 A6 is much better since it is turbocharged plus manual, bonus points for the sound… I get eargasm from hearing the beautiful inline 5 engine with a touch of turbo flutter