2007 Toyota Prius/Anti-Car/Whatever you want to call it

Colour is Aztec Bronze. (I’m not sure why I blanked the plate, this picture is one of the top results on Google Images, but is my car…)

I’ve had it a week tomorrow, and in that time I have done about 400 miles. Going from the basic, manual Daihatsu to this, I wasn’t sure how I’d like it. Answer is, as a commuter car I think it’s fantastic, and the Prius gets an unfairly bad reputation, be it because of the Prius driver stereotype or what, I don’t know. I’ll quickly run through the main points of what I have found so far.

Performance
It seems to be a common theory that the Prius is slow. By UK standards at least, this is not true. Keeps up easily with everything else, and the instant torque of the electric motor means it can really shift off the mark if you need it to. There’s a little bit of a sort of flat spot around 30-33MPH as the engine starts doing it’s thing over the motor if you take it too easy, but you can easily power through it. If you really hammer it, it acts like a traditional CVT and brings the revs up to 4500-4800, and if you don’t mind the noise you can hustle it along pretty well.

Handling
It’s not a sportscar, but I didn’t expect it to be. The steering has the typical Toyota lightness, but still provides reasonable feedback, and it’s nice in tight spaces or car parks and manages to make the car feel very easily manouverable. It remains well composed over rough or bumpy ground, or when pushing along a country lane, but some body roll is present. Brakes are also fantastic, with it having regenerative braking at the lower end combined with usual disc brakes, it can really stop very quickly.

Comfort/Refinement
There are two main things you notice, incredible smoothness, and incredible quietness. Pulling away you can do just on electric, so it’s very quiet and very smooth. Getting up to 30MPH can be done on just electric assuming the battery is charged and there are no steep hills, but even with the engine on, you can barely tell it’s there. Once you are up to speed and cruising, the engine drops to the lowest RPM possible to maintain speed, and if you are on a flat road, stops completely. For example, on the motorway near where I work there is a 50MPH limit, and it will happily sit at 50 with cruise control set, just on electric alone. Obviously, any hills and the engine is called back into action. Sound insulation is excellent, with road noise being very well dulled down and wind noise being almost none-existent. Engine noise is only heard when really pushing on. Seats are big, comfortable and supportive, with tons of space for all passengers. Ride is good, and it takes bumps very well in my opinion, and never feels unsettled.

General
In general, I think the Prius is a pretty excellent car. The smoothness, comfort and ease of driving in poor traffic alone makes it great for me when commuting, and makes the car lovely to drive. Sure, it’s not a typical choice of car for a petrolhead, but as anyone who knows me knows, I’m a Toyota nutter anyway, so it seemed an excellent choice. I also appreciate the gadgets, and the list of them fitted is massive. The JBL stereo sounds great, the reverse camera is very helpful, and the voice control and self-parking features are nifty extra novelties (Video of self parking to come later.

As I said earlier, I think some of the bad image a lot of people seem to have of the Prius is either from the stereotype of Prius drivers, or just that they are perceived as different. I don’t think they are going to save all the trees, but if it is just treat like every other mid-size car I think it is a pretty compelling alternative to a diesel of the same size. It’s low emissions mean in the UK it costs almost nothing to tax, and is exempt from things like the congestion charge. Fuel economy is also proving to be relatively good:

This was after my normal commute home, and while you could probably get the same out of a small engined diesel car of the same size, the diesel won’t be as smooth or as quiet, and petrol is quite a bit cheaper than diesel here currently. I’m sure I could also get more out of it if I tried, I haven’t tried to learn any of the special techniques yet, this is purely just me driving it normally as I would drive anything else.

There’s probably more I want to say about it that I can’t remember right now, but I think I have written an essay on it already. (And if you have read it this far, thanks, it took me ages.

) Anyone wanting a solid well built car for general use, I thoroughly recommend you try one. It’s not going to be everyone’s cup of tea, but if you can get over the potential image issues, there is a great car behind the badge.

If anyone is interested, I will update with better pictures, and how the car does with regards to longevity and reliability. If anyone has any questions, feel free to ask.

My previous 1.0 Daihatsu weight in at 720kg, so was much smaller and nowhere near as substantial, with a much smaller engine, and if I was careful I got 72mpg out of it, more like 60-65 with normal driving, which I consider pretty high. This is a mid-size car that is much heavier and more substantial, with a 1.5 vs a 1.0. For the size and class of car, and for a petrol, it does well.

Congrats on the new purchase, good luck with the car! You covered a lot of material, so only a couple of questions.

In the UK the Mk2 Prius came in 3 trim levels, T3, T4 and T-Spirit. We didn’t get all the packages that you guys got, the only options were leather interior and metallic paint. T-Spirit I imagine would be similar to top package over there, with Sat Nav, Bluetooth, Voice Control, Park Assist/Rear View Camera etc. It’s currently sat at about 52k miles.

I’m disappointed at your inner petrolhead. If it makes you happy…

While the Prius is certainly not a “cool” car… hybrids are becoming quite cool. 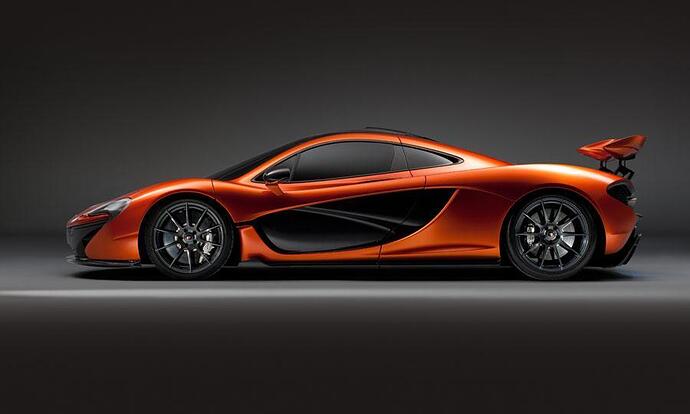 Small update. Done about 1500 miles now, getting 62 MPG, nothing major else wrong with. Still lovely to drive, and perfect for commuting. Small issue with the stereo, but Toyota are going to check that out in a couple of days. Besides that, managed to finally get around to getting a video of this:

That must be weird to use. Do you have to apply throttle/brake, or does it do that automatically?

The interesting thing is how hybrids aren’t that cool, but electrics are like the coolest ever, but partly it might be because hybrids like the prius have very mild and boring designing.
(ps: after i’ve gotten rid of my crossfire and cr-z im gonna get an electric, possibly an i3)

If you are willing to take the jump to an i3, I would actually consider a Tesla for a bit more. With the tax credits, they are around 55k-60k depending on location.

If you are willing to take the jump to an i3, I would actually consider a Tesla for a bit more. With the tax credits, they are around 55k-60k depending on location.

Well buying a tesla would cost me about double as much as the i3, since i would be bringing it back to finland from germany or ordering it. (adding tax)
A tesla would cost me around 100.000 € while the i3 54.000 €
Tho, a tesla i could just go and buy here, but it would still be so much more money to pay.

That must be weird to use. Do you have to apply throttle/brake, or does it do that automatically?

You have to keep on the brakes, just to keep speed in check and make sure it’s not going to hit anything. If you let it go too fast, it automatically cuts out. Everything but the brakes are done for you.

You can’t fault their looks though, especially the P1.

Prius is surely a good tool to travel from A to B.
But it’s as hot and sexy as an icecube .

It remembers me the car I drawn when I was a young boy .

I think this pic appropriated :

A good option is to have a commuter car like the Prius and a rue real car for the weekend/holidays.
That’s what I’ve done.

You can’t fault their looks though, especially the P1.

I don’t like the hybrid engine in a sport car (this for le-mans), but the rest of car, i love it!

Then you never had some real fun with an icecube, if you know what I mean.
That can be very hot and sexy

Then you never had some real fun with an icecube, if you know what I mean.
That can be very hot and sexy

Onwards from Wizzy’s interesting tales of what he likes to get up to with icecubes, small update on the Prius.

I’ve passed 3000 miles now and about since I’ve had the car, and surprisingly enough (not), nothing has gone wrong or fallen off. Because I do a fair bit of town/city driving, it really plays to the cars strengths. (After taking this photo, yes, I cleaned the screen.

I have been getting this on average for the last few tanks, and my own maths comes to 62.5mpg, so it’s quite close to accurate. The graph over time here shows about 15-20 miles of busy rush hour city traffic on my way home from work. The figure sometimes drops 0.1/0.2mpg on my morning motorway commute, but never any more than this.

It does what I ask of it admirably, and I still find it a pretty interesting drive trying to get the most out of it. I really quite like it.

Those LCD displays detailing the consumption and power usage stats are surprisingly effecitve at changing one’s perspective about what their driving experience and goals are like. I think it actually encourages more efficient driving, and can confirm this anecdotally as my Civic, while petrol only, does have efficiency indicators mapped to the throttle and revs, and ever since I switched to that (from a Citroen Xsara 1.6 that just didn’t go no matter how hard you kicked it, which of course meant I pretty much thrashed the hell out of it daily), I’ve turned from a hothead-in-an-underpowered-car to a super chillaxed drive-leisurely-because-the-car-is-still-bloody-underpowered