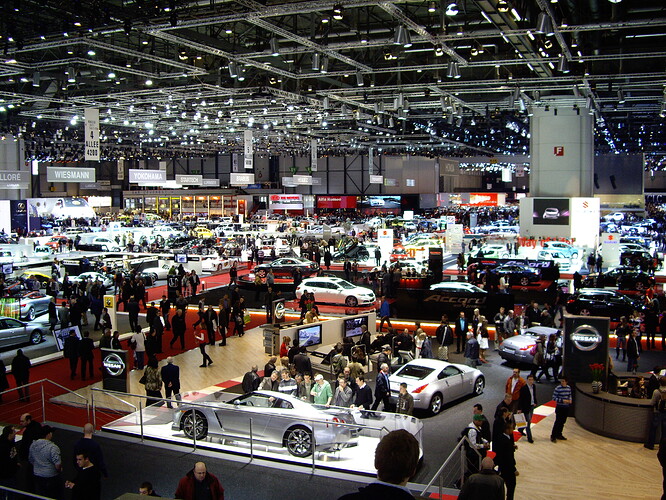 Welcome back for the 2008 Geneva Motorshow! Officially open August 28th to September 4th.

Press days run from to August 28th to September 1st. You must reveal your cars on or before these press days.

Concepts or pre-production models from 2008 by any nationality is welcome. The next show likely will not take place in the 00’s, so take advantage of this venue for your new 00’s creations.

The Hampton Motor Group will be there once again, either with a completely new model or a variant of an existing one.

Blaire and Taimania will be showcasing two new cars for the Geneva Motor Show.

We have cars. See you soon.

Gatto’s entries for the 2008 Geneva Motor Show are all there to give you the biggest Neofelis Experience you could ever dream of! 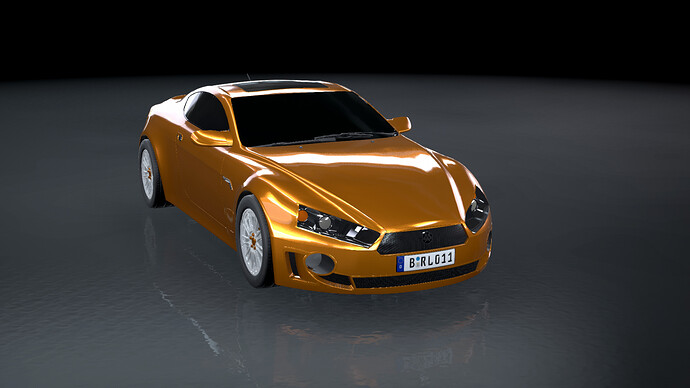 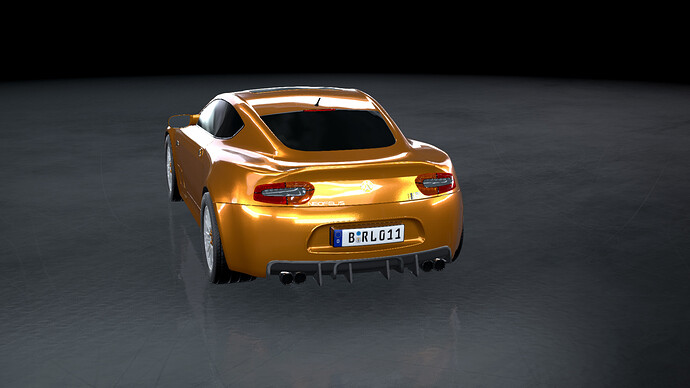 Photo2991920×1080 435 KB
The 9th generation of the Neofelis, reaching the peak of GT cars with the best of Swiss quality.
Powered by a 3.5L V6 capable of over 570hp, the 9th generation of Gatto’s longest-living sports car is a performance beast, with a registered top speed of over 320km/h, achievable in the best of European luxury and the best of safety, like all other Gatto products 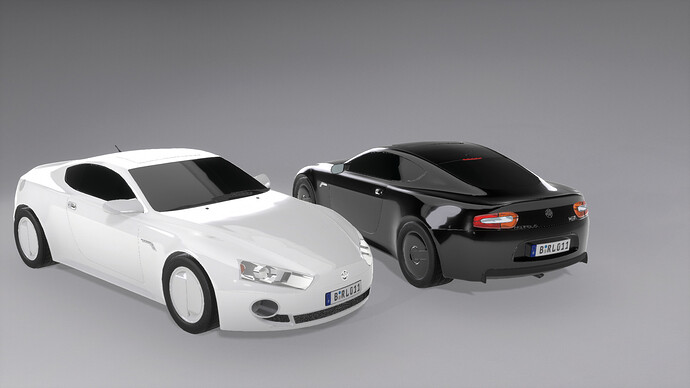 Gatto Motors, For Everyone, For You

SuoKanAu Suomia TTR Concept
After 16 years, SuoKanAu is finally back in business, ready to revolutionize the inexpensive car market once again, in the typical Finnish style, of course. 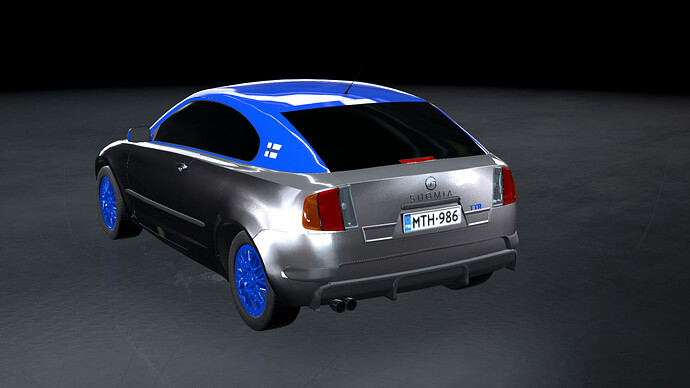 Photo3021920×1080 409 KB
The Suomia is SuoKanAu’s new car for 2008, presented here in the high-performance TTR edition.
Since TTR stands for TurboTron (an advanced electronic turbo management system developed by SuoKanAu in the 80’s), the new Suomia features a turbocharged “SU TurboTech 2.0 TTR” 2.0L, inline-4 unit capable of 265hp and 276Nm.
(Note: the production Suomia probably won’t look like this)

SuoKanAu, Spooling up your life, once again

Mizuiro’s debut at the prestigious Geneva International Motor Show comes in the form of a hot hatch, albeit one endowed with a myriad of state-of-the-art features. The Mizuiro Kigaru is a car suited for city life that isn’t afraid to step out of its comfort zone.

The Kigaru uses a five-door design with retractable front door handles and a lack of external handles on the tailgate or rear doors; the former uses an electric release, while the handles of the latter are situated at the front of the door jambs. A pillarless clamshell door arrangement is used, wherein the two rear doors are hinged at the rear and open backwards. LED running lights and indicators have been incorporated into the headlights alongside HID projectors, while the pattern present in the all-LED taillights evokes the Kigaru’s bubbly personality.

Underlying said personality is an engine that combines Mizuiro’s tried-and-true inline-four formula with direct injection and a unique five-valve system in order to balance performance and fuel economy. This engine, a turbocharged 1.6-litre capable of 115 kW (154 hp), is coupled to a six-speed electronically controlled automatic gearbox with a manual mode. Both the front and rear axles use double-wishbone suspension, allowing for optimal handling and ride quality without the complexity of multilink suspension.

The Kigaru’s interior echoes the two-tone paint scheme seen on the exterior, with the headrests, ceiling, and upper pillars clad in orange and everything below in white or light grey. A heads-up display projects speed and navigation information onto the driver’s side of the lower windshield, in addition to the standard instrument cluster and 8" infotainment screen.

In addition, the Kigaru Concept Cup is a race-oriented version that has had every performance aspect of it refined, from roadholding and power to aerodynamics and weight.

Simply put, the Kigaru Concept isn’t just a car for city driving, but also a car for stretching your legs out on the open road. 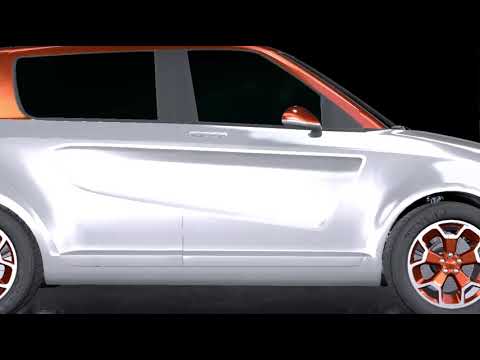 A small company, specialising in plastic, low weight, cars for track days and racing are aiming to go more commercial, with the arrival of the M10-TT and M6-TT Dura-kit. Very few details are released, but the cars look promising, none-the-less.

The M10-TT is the first car to be powered by a V10 from the company, reaching 60mph in under 3.5 seconds, and carrying on until over 200mph.
The M6-TT Dura-kit uses an engine tuned by Cossackworth (Yes the engine is essentially a jazzed up Ford Duratec 3.5 V6 but with silly names) and reaches 60mph in under 5 seconds. The speed is limited to 168mph, down from 185mph.

Voltari Automotive will be there with 3 new reveals, the first of which is being teased today. Meet the front of the 2008 Voltari Laguna- full reveal coming August 18th. 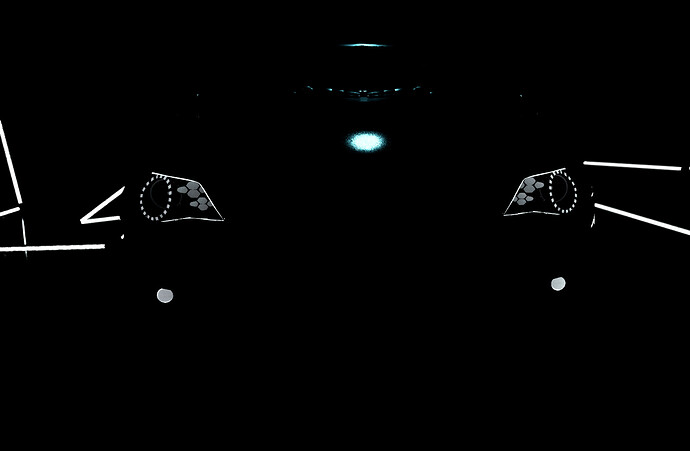 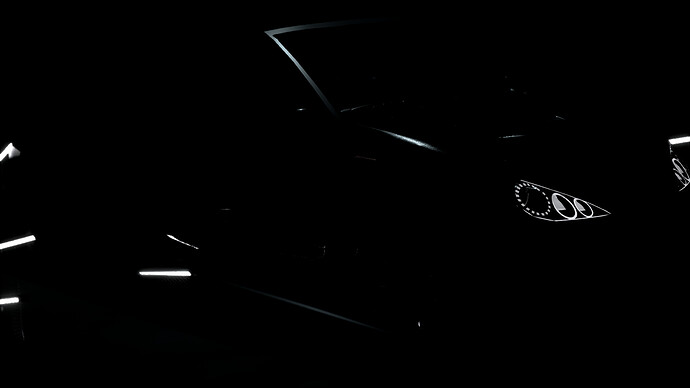 (Vehicles arrived safely and earlier than expected, allowing us to hold an earlier reveal.) 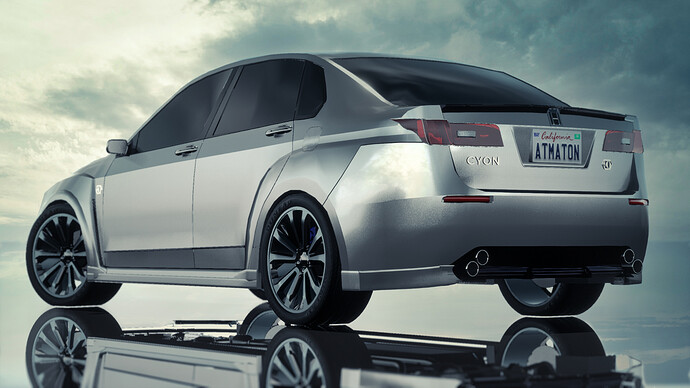 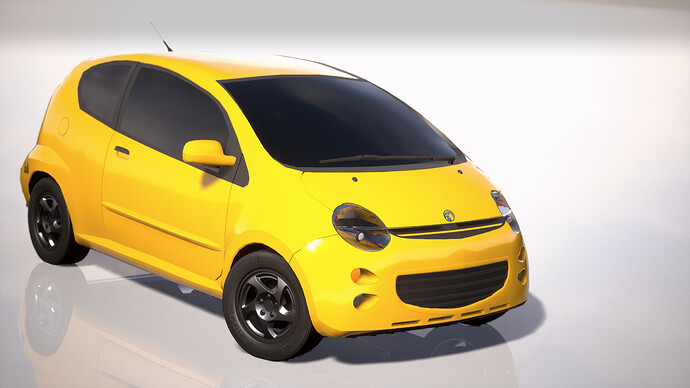 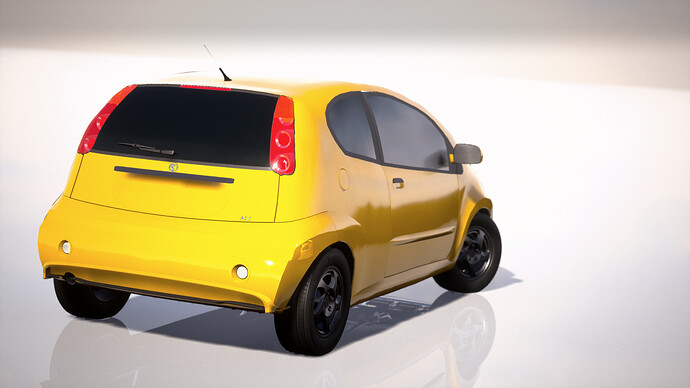 New from Voltari- the all-new, second generation 2008 Voltari Traveller. Sporting a series of powerful and efficient engines, an all new 7-speed VSS (Voltari SpeedShift) automatic transmission, and standard full-time torque vectoring all-wheel drive co-developed with Haldex, it truly is a car for all seasons. The all-new Traveller is also the first Voltari to feature their new ''IntelliKey" system, allowing the driver to lock all 4 doors with the press of a button, and unlock the doors simply by touching the door handle. This new feature is standard on all Travellers, and will slowly become available on select models in Voltari’s lineup starting in the spring of next year. The Traveller goes on sale worldwide in the winter next year. Pricing and other information will be announced closer to it’s on-sale date.

First up in the Traveller lineup is the 3200D, pictured here in Ocean Blue Metallic. The 3200D is powered by an all-new in-house designed 3.2 liter V6 turbodiesel, producing 345hp and 405lb-ft of torque, allowing it to return 30mpg combined. The 3200D’s engine is mated to the heavy-duty version of the 7-speed VSS automatic, and torque vectoring all-wheel drive. 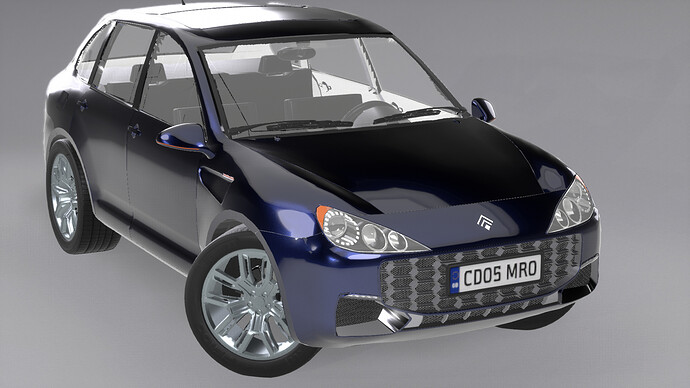 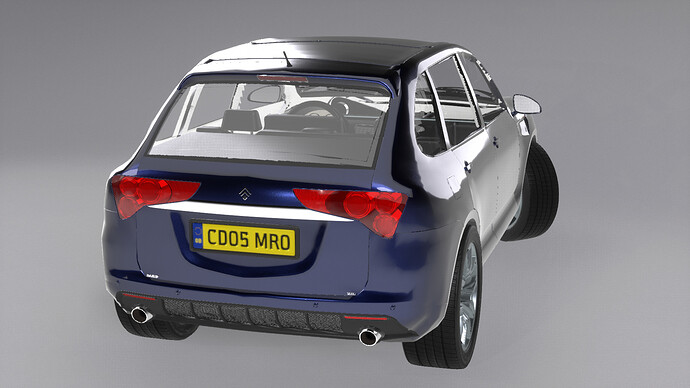 Next up in the Traveller Line is the 3500T, seen here in Platinum Silver. The 3500T sports a new 3.5L twin-turbocharged V6 making 430hp and 369lb-ft of torque, allowing it to return 28mpg combined. The 3500T’s engine is mated to the same 7-speed VSS automatic and torque-vectoring all-wheel drive. 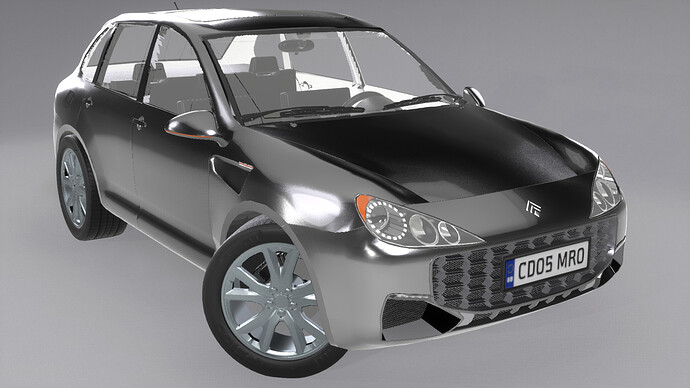 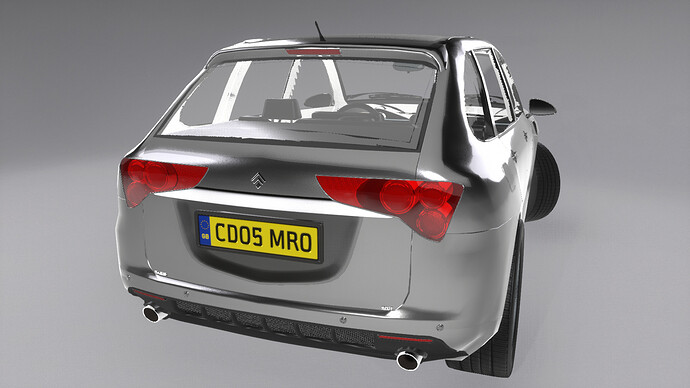 Finally, the last model in the Traveller lineup, the GTS Edition One, painted in Onyx Black. Sporting a new 5.0L twin-turbocharged V8, sport-tuned exhaust and suspension, the GTS E1 brings the sport back to sport utility vehicle. The 5.0L powerplant makes a whopping 580hp and 515lb-ft torque, with torque arriving at just 4,100rpm. The GTS E1 receives special visual touches, with the Swedish flag graphic being a nod to Voltari’s historic past. Just like the other models, the GTS E1’s powertrain is mated to the 7-speed VSS automatic, although in the R-version, which offers quicker shift times over other variants, and like the other models, it’s also sending power to the road through the same torque-vectoring all-wheel drive system. 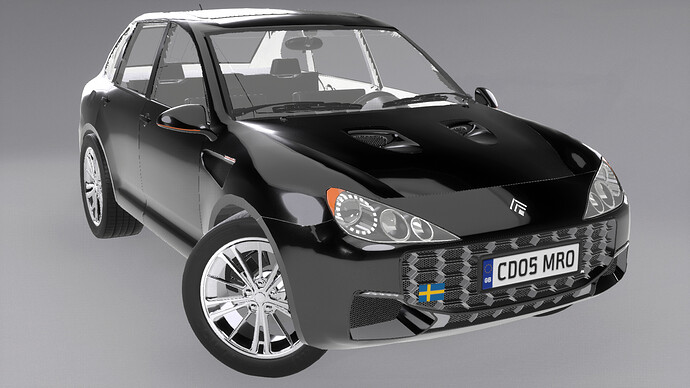 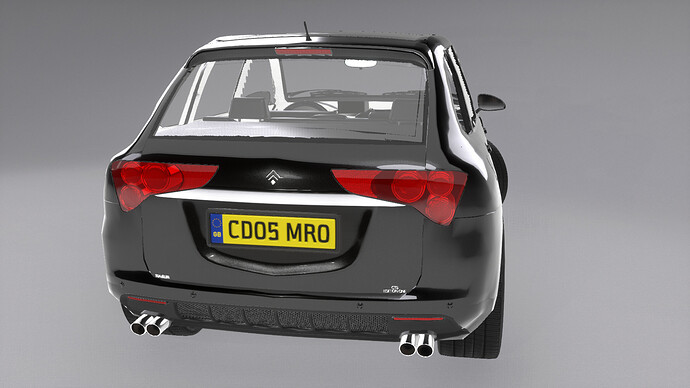 One more thing before we go for now…
Come back here on August 22nd to see the official reveal of the third generation Voltari Iconis, Voltari’s best-selling and most popular model for nearly 15 years. 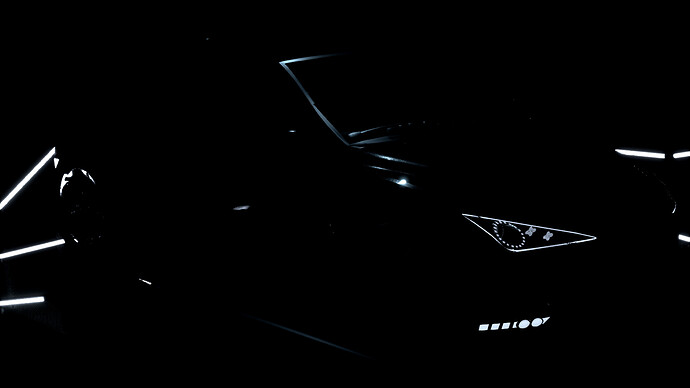 2003 brought a beautiful, stylish, economical, practical, reliable, and most importantly affordable MPV to the market- the Hakaru Astura. 2008 brings the facelift, refreshing the car's look. 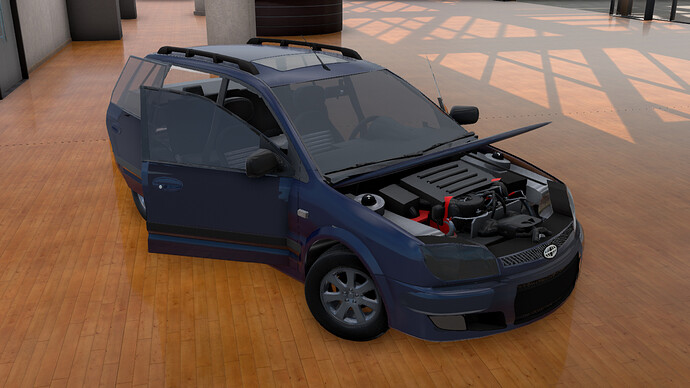 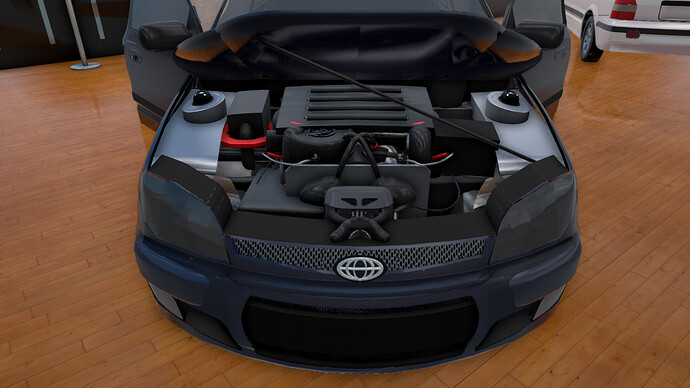 Photo2631920×1080 526 KB
The 5BE line of engines has been developed specifically for the Astura MPV, with a new smoother 5 speed automatic, 5 speed or even 6 speed (available only on GT-SR models) gearbox. Based on the Carica, the Astura's interior is comfortable but practical, with cloth, easy-clean seats and a split folding rear bench. Electric sliding doors make this a convenience rather than a task, which have their own place as a button on the key fob. 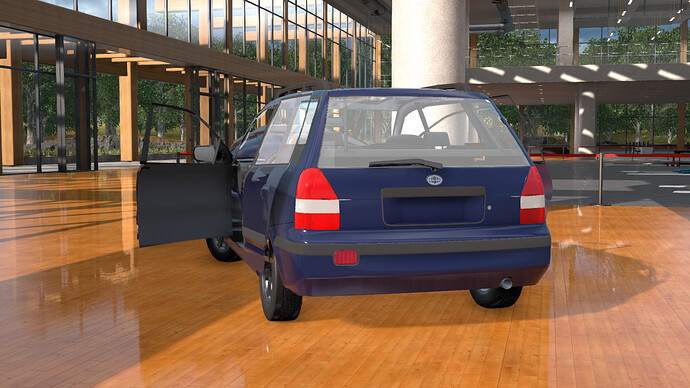 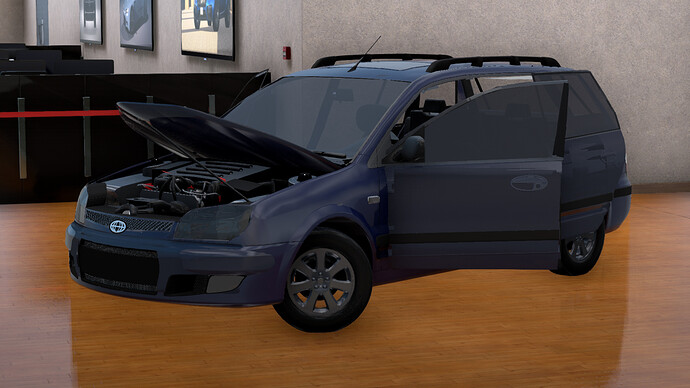 2008 will see the completion of the latest revival of British sports car maker Phantom- the new R1 model range will be joined by a track-focused variant, the Silverstone Edition. With a mean bodykit, 143hp from its screamer of a 1.2-litre naturally-aspirated I4, the option of a 6-speed sequential transmission, and stylish carbon detailing, this lightweight hardtop coupe will set any good B-road alight. 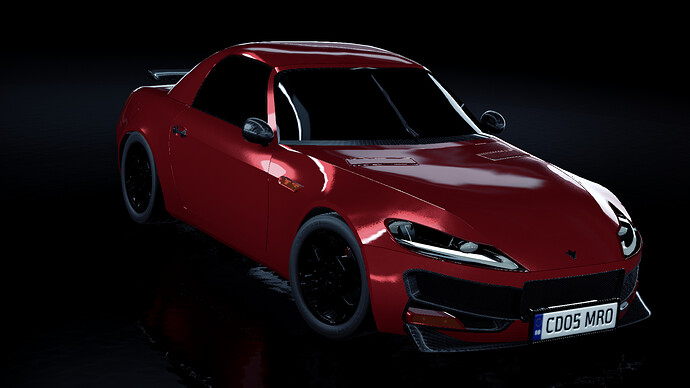 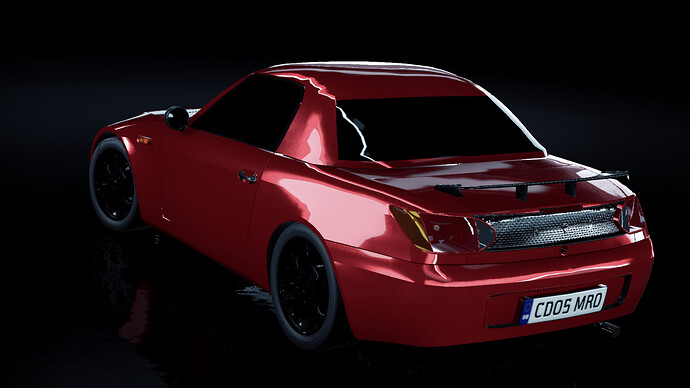 First of all, excuse me for being o.t., but it’s been a while since I’m not playing Automation, but I’ve heard about the decision of adding again some engine design choices as basament color/engine coverings around mid Sept.
Seeing your photos here it seems that the update has already arrived… Or is this a kind of good Photoshop work?

Fixture stuff, its a bit hard to do but theres several techniques used, for example using several cars and patchwork to make doors.

So, if I’m nof wrong, engine coverings are yet available…