Well i after alot of thinking and research i bought myself a new car, the new Audi A4.

[just making a topic already, will be posting pictures once i go get the car on Wednesday or Friday depending whether i have to do over hours.]

So finally here are the pictures of my audi a4 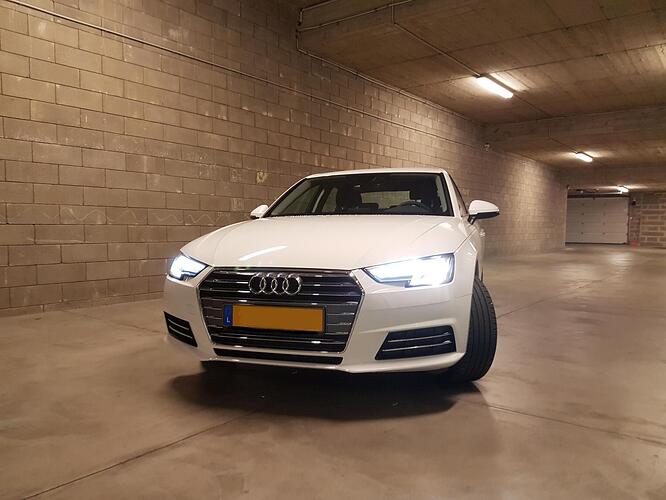 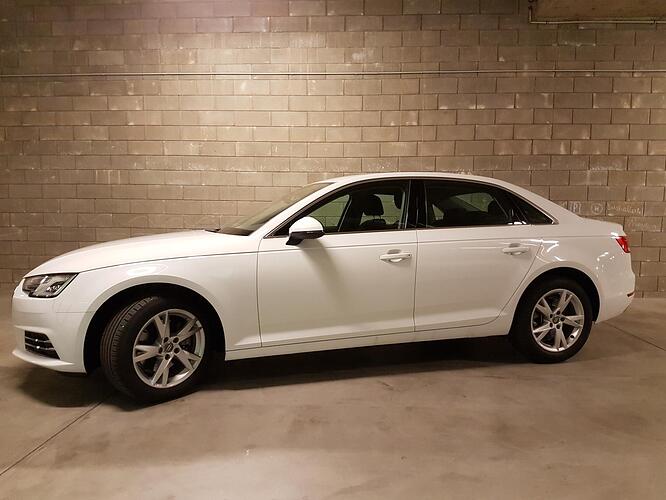 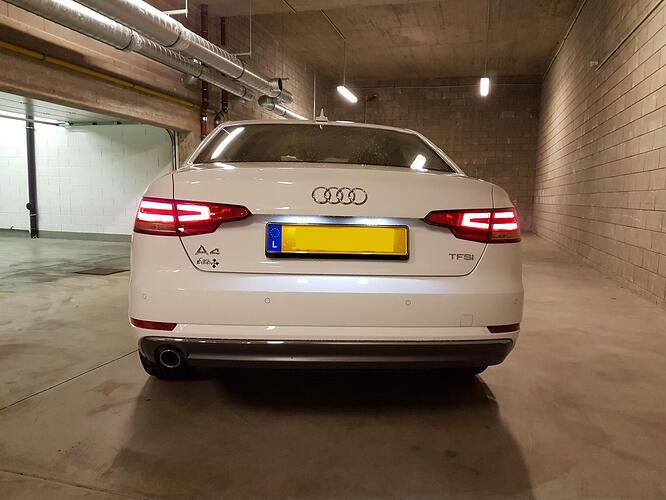 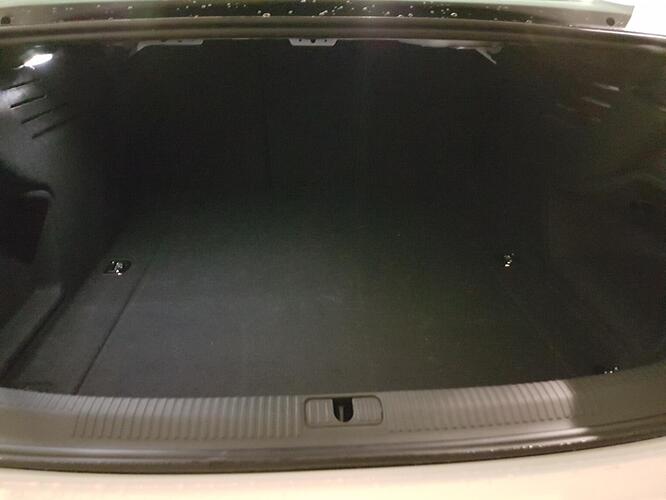 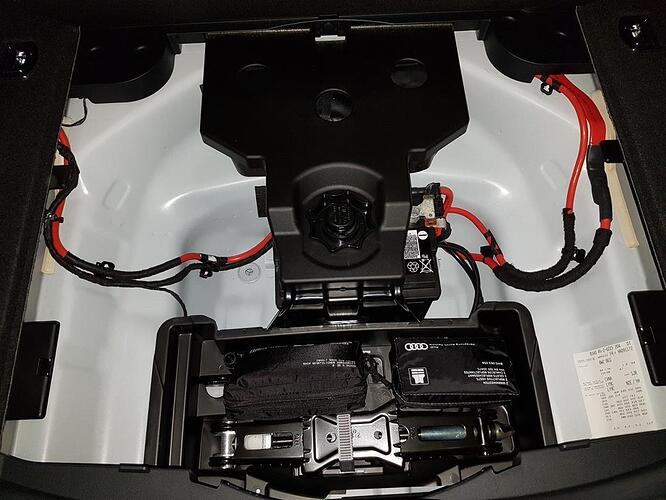 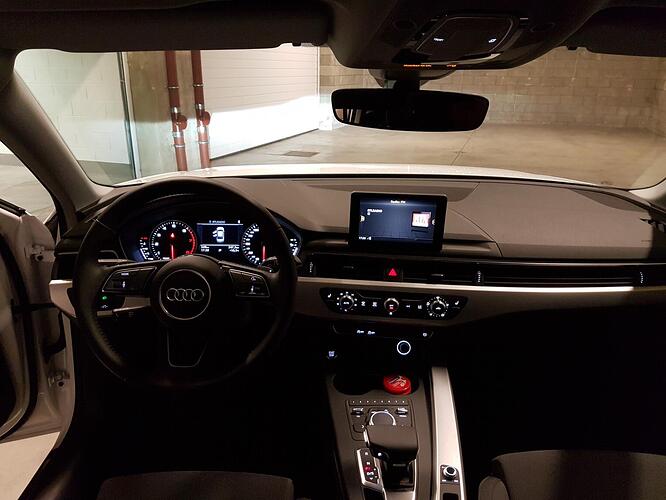 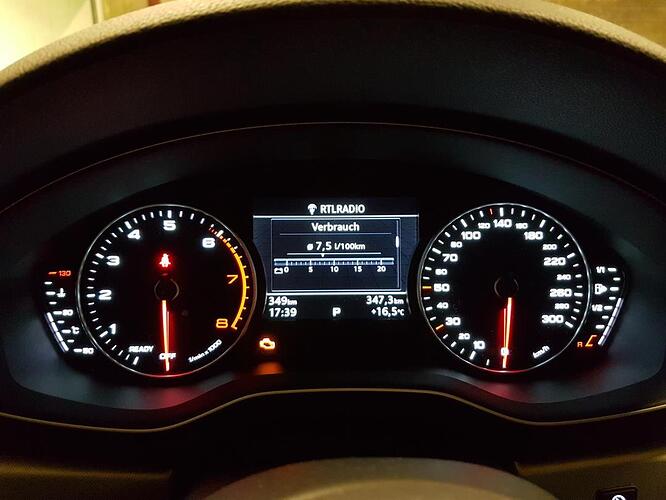 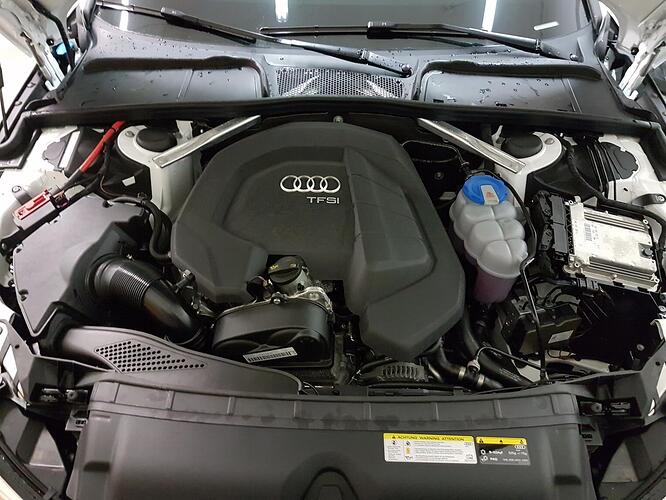 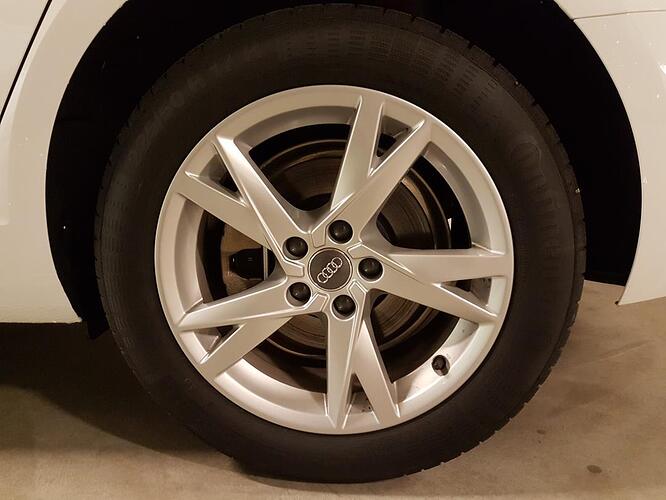 Cool car though and if Audi still has got what it had in the late 90s you’re gonna have fun with it!

I sadly found some small damage on the hood today. 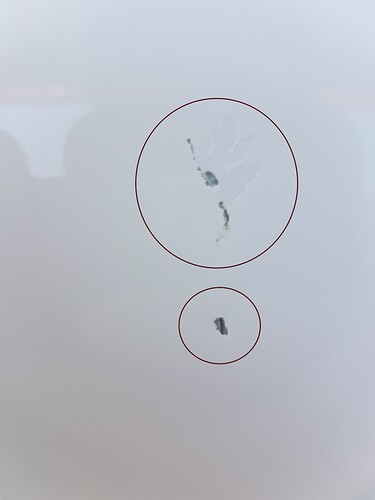 damage.jpg1080×1440 485 KB
Seems like some stones managed to get a good hit on the hood, damaging the paint and the hood in the process it will cost me about 700 euro to be fixed by the Audi garage.
Probably another downside is i have to wait a whole month until the appointment for the repair is.

700 euro for fixing that is daylight robbery. Also, instead of getting that thing you linked on ebay, have a look around your area to see if you can get a clear wrap put on the front of your car, to protect it from stone chips.

Thanks i will look out if i can find a clear wrap for that.

700 euro for fixing that is daylight robbery.

I say that about everything that I see priced in UK, if Im honest. You can get a full respray here for 1500 eur, and that would be the good one, not a slap dash in a garage.

Also, if you really want your hood to get scraped and damaged as if it was sandpapered, then do get that hood bra.

As for the hood don’t go to an official dealer, any body shop and most repair shops should have no issue with that if you want it to look new and they can do it for a lot less than 700

Well its good as new again…technically its new xD
I ended up still going to the dealership and only had to pay 580€ instead of 700€, its still alot but i guess its okay. 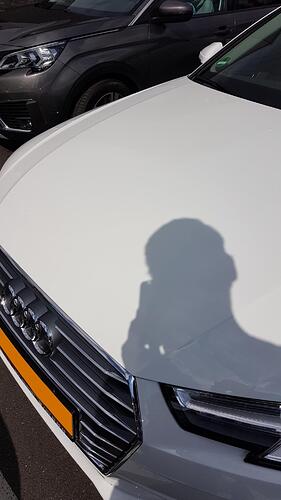 that’s the downside of having a paintjob you love.

Apart from that there isn’t much to tell, the car still runs great and soon will receive a complete set of winter wheels and rims. Probably should make an appointment for an oil change by the end of the year. 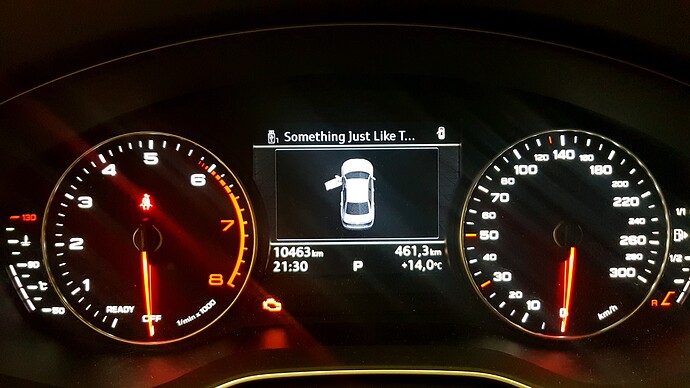 I guess its time for another tiny update.

My car has currently has a mileage of: 14.400Km and received its first oil change last Friday at 14.005 kilometers also Audi has done a small inspection of the car with a test drive, even if it wasn’t exactly necessarily something that has to be done it still is a good service from them.

And here a small picture of my new rims with the winter tires: 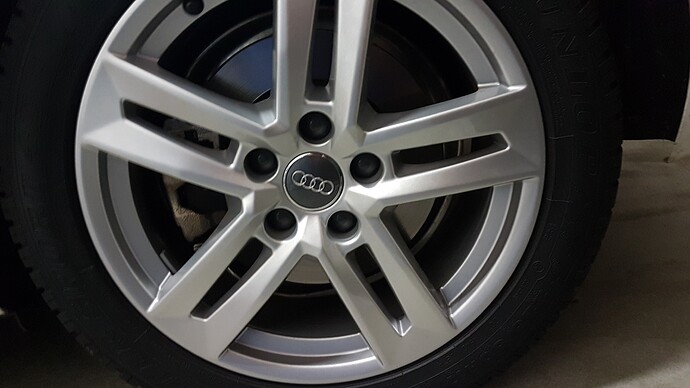 Well it depend on what the car manufacturer says to you when to change your oil, in which case for my car or rather the engine is around every 15.000km or once a year.

Also 3k-5k kilometers is very small. 3k-5k miles is more normal on conventional oil. VAG likes to use only synthetic now and have 15k changes to make maintenance easier (and more expensive) on the driver.

Yeah, In Hindsight I Think I Got km & mi Mixed up: How Often Should You Change Your Oil? - dummies

Drivers are often stumped how often to change their oil. While the new standard is 5,000 miles, read more to see what the right number is for your car.

Looking around on Google, I Found a PDF with the Maintenance Schedule for All Models of 2017 Audi from Audi Canada: https://www.audi.ca/content/dam/nemo/ca/NoMo/care-and-maintenance/Service-schedule-pdfs/EN/Model-Year-2017-English.pdf

Well, it’s been some time since I last posted something here but i thought it was a good idea to post something about my daily driver after three years.

Since the last post in 2017, it racked up even more kilometers and sits currently at 68.000km (Picture is slightly outdated lol) and so far I luckily didn’t have any major issues with it apart from some smaller annoyances so far like the speed limiter, right passanger window acting funny at times, indicators apart from that it has done it’s job well getting me from a to b.

I do still find it funny how much the computer exaggerate the range at times since the real range is more like 600 - 700km though I have managed to reach about 800 - 900km on a single tank though that is only possible if you don’t drive faster than 120, to be honest, and then it’s kind of hard. Since I’m usually around 6,4L (Audi states 5,4L on 100km), but I apparently had managed around 4.8L on my trip to Italy in September 2019. 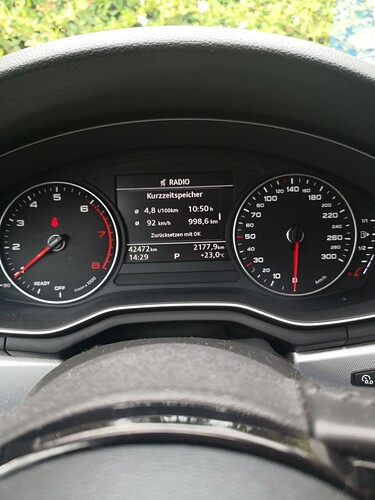 That was also the time that I had done the biggest trip in my car, from Luxembourg > Italy, Italy > Luxembourg, Luxembourg > Denmark, Denmark > Luxembourg. Which was around almost 6000 kilometers in total that i drove in two weeks with not a single issue. Though the engine did struggle a bit when it went up the swiss mountains on my way back, apart from that the small 1.4L engine hasn’t let me down (or 1.5L how it’s called now).

The only thing that I have to keep in mind is when I buy my next car is to stay away from the white color since it’s a pain in the arse to keep it clean. That was a rookie mistake on my part.

I’m not sure for how much longer I keep the car since I’m thinking about buying one that does offer a bit more space all around, especially in the trunk as it does get a bit annoying when carrying larger items.

Audi.
Problems with the indicators.