Last summer I borrowed some money from my parents to buy a brand new Veloster JS. At first me and my parents were at disagreement because originally I intended to buy a Genesis Coupe or an STi instead of the Veloster, but they said that if it’s not a brand new car they won’t lend me a penny. But after seeing so many ads and reviews about the Veloster, I eventually agreed to buy the car. 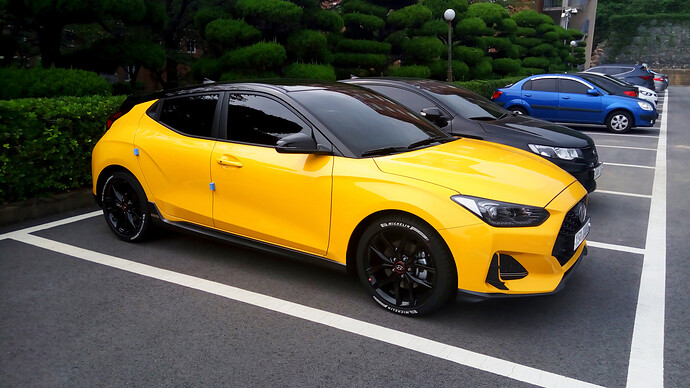 As soon as I got my Korean driving license (which is my first driving license as well), I went to the showroom to test-drive the car and oh boy, it was amazing. Back in my home we have a Mitsubishi Pajero Sports and two Mini Coopers, I’ve driven the Pajero for a few months and one of the the Mini twice, but the Veloster easily beat the two in term of fun factor and speed (although the Mini has better initial-torque). I immediately purchased the car in its Korean-exclusive paintjob, the Thunderbolt Yellow. 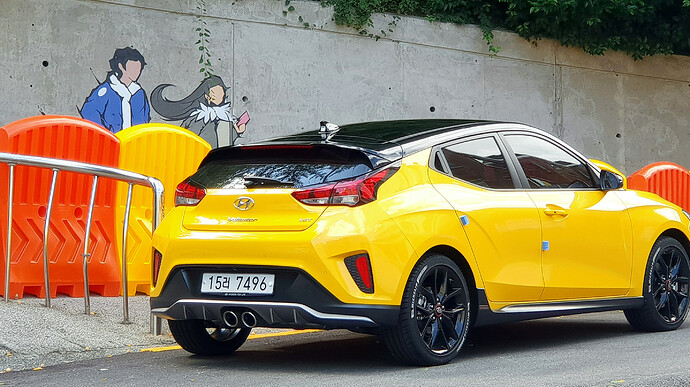 Unfortunately due to many orders, I have to wait till the end of summer vacation to get the car. The car arrived on August 31st, a few days before my sixth semester. I was really happy at that time, I mean who wouldn’t? Everyday before dawn I’d take the car for a spin around my campus. During breaks between classes I would clean the car’s windows and wipe off any dirt on its body. I’ve never been this diligent on something before. 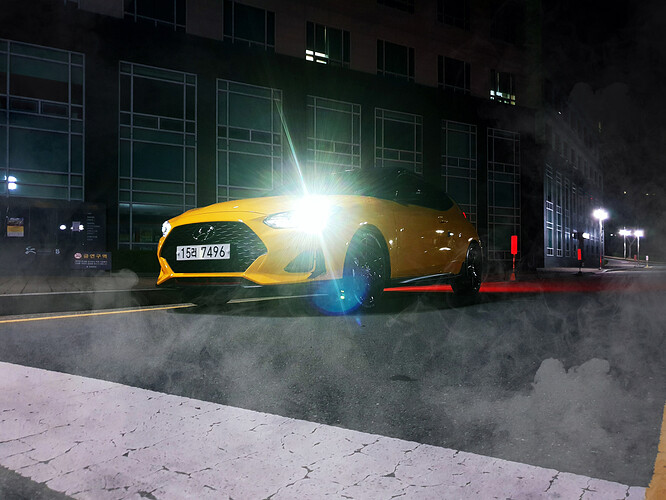 Of course, taking the car for a spin around the campus wasn’t enough for me. A month later I took it the nearest mountain pass (The Igidae Pass) and boy I got addicted. The car started showing me its true potential there; it can corner at highspeed with no sign of understeer and the acceleration is properly fast on the straights. Until today, if you live in Busan, South Korea, you’ll probably see me tackling the course during midnight or before dawn. 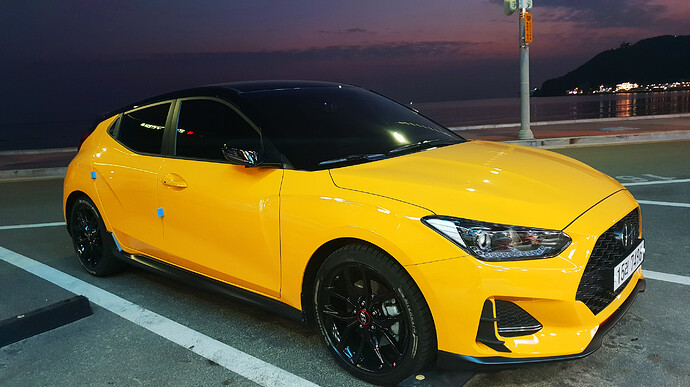 So far I’ve only attached an aeropart to the car. I do plan on installing performance part later in the future and perhaps wrap it in a racing livery similar to the one I designed on Forza Motorsport 7. Still though, the car runs pretty good on stock parts alone. I’ve planned to take the car to the track as soon as the next winter vacation starts to let out all its true potential there.

I’ll definitely keep the car no matter how many mileages it would accumulate in the future. I’ve grown way too attached to it.

This is definitely the best first car if you’re looking for a brand new one instead of used cars.

DAMN that’s a fine looking car, welcome to the Hyundai club! Lovely car, hope you enjoy and drive the wheels off it

Your Hyundai looks fun to drive as well! Too bad there are no i10s or i20s in South Korea…

Those Velosters are under appreciated. I have a friend with a '16 Turbo, they are fantastic little economy sports cars. I think your color choice was perfect.

You’ll love the track btw, It’s a great place to really push to the limit.

The FS chassis was pretty popular in the US, tho. And yeah, my color choice was actually the thing that made the car look special in the community as it is exclusive to the South Korean market. 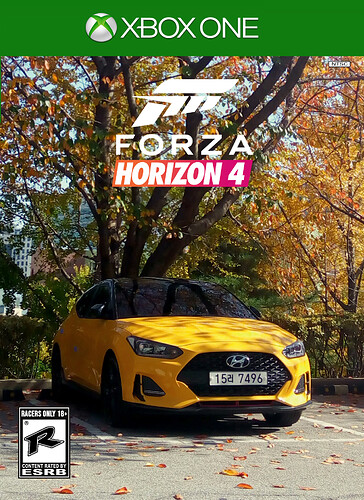 ForzaVelo31400×1920 2.13 MB
I have the exact same build of my Veloster in Forza Motorsport 7. Weirdly enough, Korean Veloster has 3 more extra horsepower than its other counterparts despite using the same engine.
5 Likes