The ATT is a very high speed focused track, far more-so than Hill-climb 1.

I’ve tuned my car’s gearing for acceleration on the hill-climb stage, but that means it bangs off the rev-limiter all the way down the ATT straight, which isn’t exactly ideal for setting a good laptime.

How relevant is the ATT time to the overall competition, considering the difference between the two tracks?

That’s intentional and part of the challenge to tune the cars. ATT time can be very relevant if there are lots of fast, good looking entries that are competitive in terms of PU, ET and material costs.

The fastest times will be basically be guaranteed entry to the finals, unless all the rest is simply disastrous.

I’d advice against buzzing the limiter before the Slingshot corner.

At what point does engineering time become unreasonable?
I think I can get a bit more time out of my build, but that would require touching some of the forbidden quality sliders, and… you know what that means

Positive sliders can be used, but remember the scoring is also influenced by a penalty for over-average ET.

I guess you can’t give me any numbers, as it’s based of an average from a group of cars that don’t exist yet. fair enough

Well Automation photo mode has died on me again, so I’ll have to get some photos out of Beam. No idea if these two things are going to be competitive, but they were fun to make.

EDIT: And of course, Automation makes a liar out of me by working again. Well here they are.

Based on the latest in the successful M10 line of sports compacts, the Epoch M10 Ansom RSA is always ready to bring the fight to the big guys. The RSA is the iconic performance variant, featuring a turbocharged 1.6L 4-cylnider engine combined with the grip of symmetrical All-Wheel Drive. An ever present contender in both on-road racing and off-road rally, this specific car has been modified as a one-off for hillclimb events. 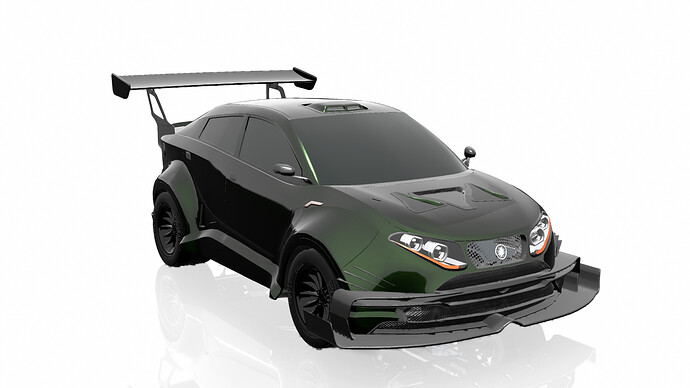 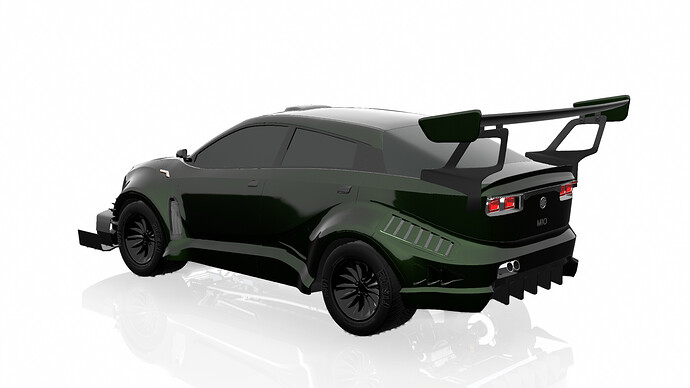 Boccaccino are renown for their fast and stylish, if not a bit unconventional, machines and the Shuriken is no exception. Although by far the smallest of any Boccaccino to date, the Shuriken is deliberately designed for maximum speed both through corners and in a straight line. Originally sold as a track-only ‘toy’ for those wealthy enough to not care about the price tag, this car features a mid-engine and naturally-aspirated 1.3L Boxer-4, mounted as low as possible. This specific vehicle has been modified further by Boccaccino to push the car to the limits of what is mechanically possible, however, this does mean that not all drivers can tame it! 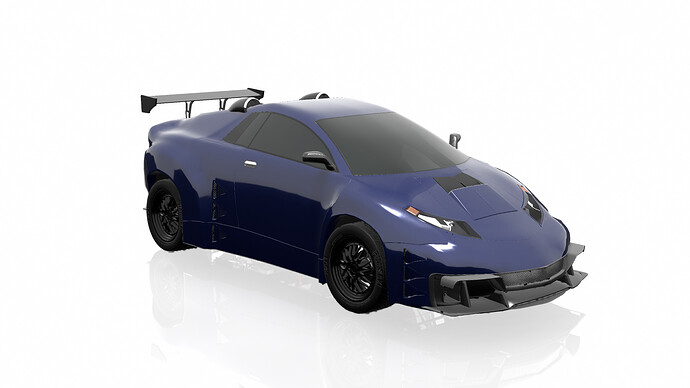 The ATT is a very high speed focused track, far more-so than Hill-climb 1.

Interestingly enough if you tune your car appropriately for both ATT and Hillclimb 1, you’ll find that it will be not far off optimal for both high and low speed sections on Pikes Peak… except for the XS class. Since those engines are NA they lose a lot of power at altitude so the gearing will seem increasingly longer and longer the closer you get to the end, and the downforce will become less and less so the handling will be more and more floaty…

Then for aesthetics sake I hide the wing under layers of other fixtures. It helps to use a really “embeddable” wing you can mostly

It quickly became clear in the rallycross challenge that my long time Automation favourite, the AeroBar™ Front Downforce Device does precisely nada in Beam. It is technically a wing, but the area is negligible.

@Private_Miros do I understand correctly that hiding big wings inside bodywork is OK from your perspective? On the one hand your stuff seems pretty grounded in reality, on the other hand, we can’t use the ridonkulous splitter arrangements that real hillclimb cars have. I am assuming multiwings (wings inside wings) are too cheesy?

Multiwings are fine as long as they are aesthetically sensible.

But you are at least 10 seconds faster than B-Spec Bob (Automation testing screen), right?

It’s the Stug. He’s the epitome of utter driving perfection.

I wouldn’t go that far, but yes I am a bit obsessed with mastering the Beam driving physics

but you also get awarded when you make an effort 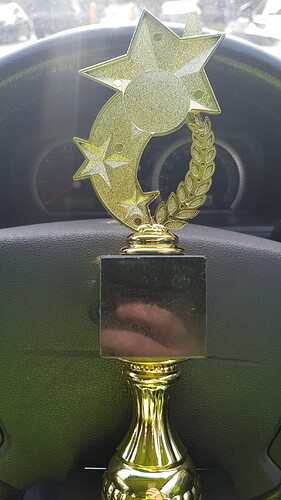 1:50 I assume is with a driver that actually knows how to drive in Beam. As I don’t I’ll just accept that my 1:55 test run is probably decent. Though the fixture weight concerns me as I’m no where near done my livery

Just a heads up: I’ll be abroad between 15 and 23 June. Deadline remains 20 June, but entries between 15 and 20 will not receive any feedback on questions that require me to look at the car in Automation or Beam.

Can you translate that into keyboard-based good time?

But you are at least 10 seconds faster than B-Spec Bob (Automation testing screen), right?

I am 6 seconds faster than B-Spec Bob in XS, but actually no faster in the B class (or the truck class). Then again I did match the Automation graphs and Beam handling rather well for the B class, but also being high power and lots of grip, the advantage is a lot less. The more power a vehicle has, oftentimes the faster the AI is compared to me driving it, so often beyond 1000hp I’d struggle to keep up.

I’ll do some testing with my wheel over the weekend, but I’m still flabergasted by your guys’s times.

was with a b class car lol. My XS creation stands no chance against that sort of time

Lol yeah that’s B, I haven’t found a xs build I’m happy with, but non if them have been very fast.