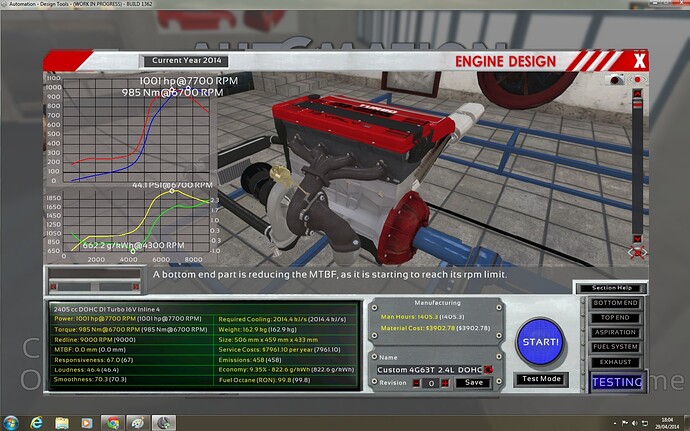 It would be cool if you could get some MTBF out of it. Perhaps load the engine into a Dummy Car with massive cooling and see if it really is capable.

How about a stress free, usable and down to earth priced 1k hp engine? 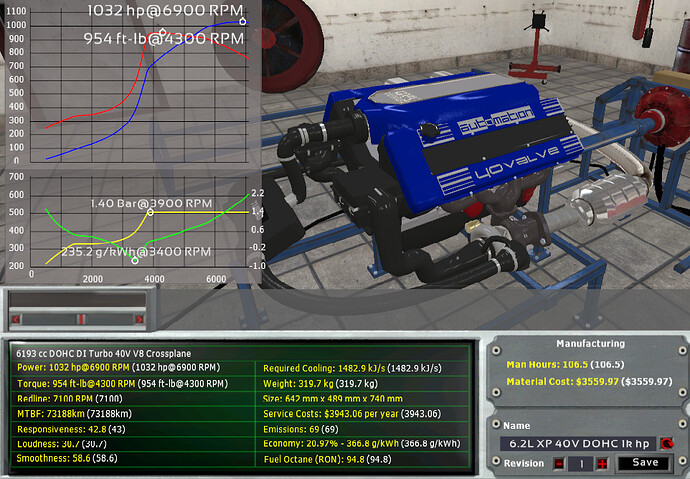 Edit:
My comment wasnt the nicest.
Its always nice to pull lots of horses out of small boxes, but once it passes 150-200 man hours and has 0 mtbf, well, its not really impressive and not difficult to do + its a very common style here.
Try to make an engine that doesnt requires more then 200 man hours (which is already astronomical) that can survive two or three drag races