(Yes it’s the european version, not your weird mazda clone)

First car, spent little over a year fixing it from previous owner’s front end damage and prettying it up all nicely. 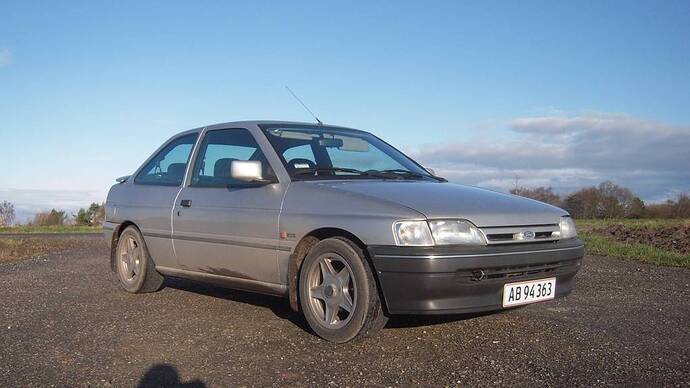 DSCN2514red.jpg1024×576 65.8 KB
Thar she is, enjoying the early winter sun, airing the summer shoes, wearing the plastic black bumper since the original died in the impact and the one i had saved from dad’s XR3i was dented. This means no fog lights or turn signals in the bumper, so short headlights had to be fitted. Already a bit of dirt up the door, since it’s impossible to keep pristine clean when you live out on the country. 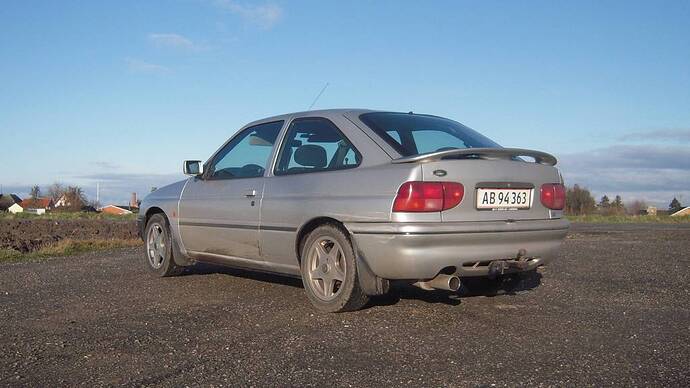 Oh what an ass. Original “Laguna” spoiler and the simons 2.5" exhaust rearbox. Makes all the right noises

I actually went and bought the older square rear lights and boot to fit since i think that ass is prettiere, but sadly minor panel changes meant it was not a simple fit job, so had to scrap that cosmetic surgery… for now. 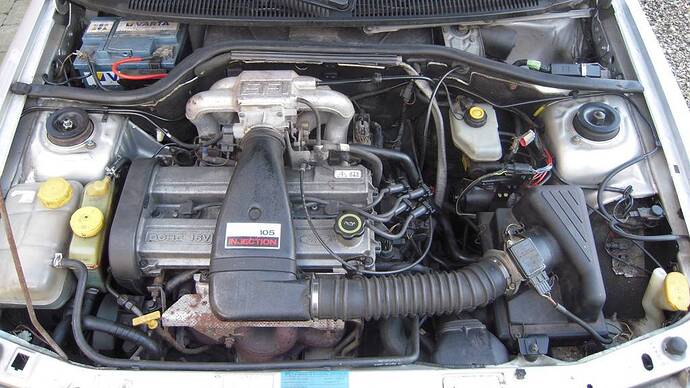 Oy vey, the heart of it all. 105 wild wild horsies in a 1.8 DOHC 16V engine. The generator adds a nice “compressor” whine at higher RPM’s due to worn bearing. Keep fed with oil and water, else it’ll start making weird metallic noises! 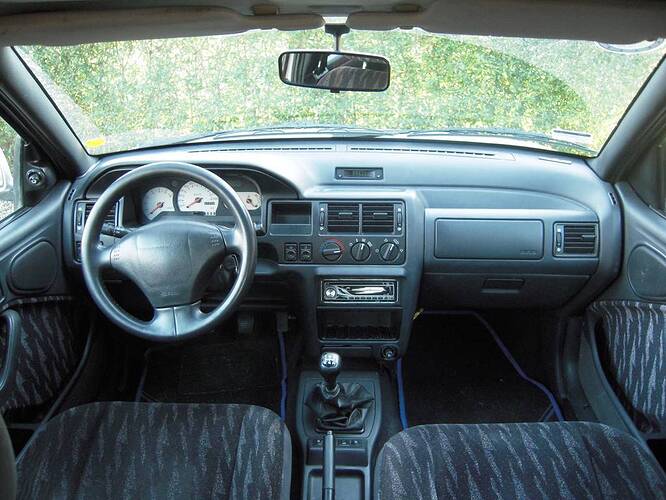 This is where your ass goes. Nice and comfy seats, with a nice recline of the seat so the seat holds you nicely in place. White dials, digital clock… You just know this is THE top of the line, high-end executive model… NOT. It does have electric windows, which were rather rare on these earliere models. Finding the switches for it was a pain on the wallet. Blue edged extra matts to asorb all that dampness of your feet too!

And that. That is my car. I know it in and out due to having built 2 for racing. I love it very dearly, and truly hope the rust monster won’t eat it up before next inspection