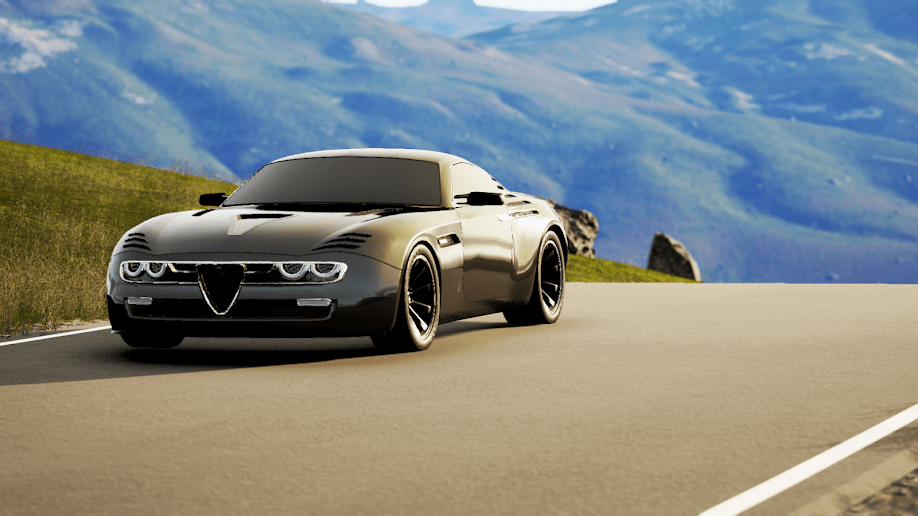 I was on the web today, looking for some inspiration for something related to some sporty cars made by Alfa Romeo between the 60s and the 70s, when I saw this car on a quite familiar background, so I clicked in. Well, turns out that our beloved game has been used by an engineering student to imagine the Alfa Romeo Montreal comeback, as it is clearly shown by the article's images (hope will be brilliantly translated by Google, as always..), but nobody mentions it. Somebody couldn't care less, but I think that using a "game" to show a future interpretation of such an iconic car demonstrates how far Automation went - living alone my own opionion on the result - and still, this is nearly 3 years old, before all the graphic goodies we received since then. This somehow confirms my idea that this is something more about a tycoon or a car-sandbox-game. Yes, you can meme around, doing crazy 2000+hp shitbuilds, but hear me out: try to make something with its feet on the ground or an old car hommage, like in this example, and Automation will make you feel like being in heaven. If you don't mind, let me know what do you think.
Also, could be an intersting challenge to design a proper successor to this car after all the good updates received...
4 Likes