What’s that? You want the luxury of an early 70’s American land yacht AND the power of early 70’s American muscle cars, before the filthy government stuck their dirty paws and started regulating emissions? That Cadillac Eldorado SS is going to need something a bit larger then that dinky little 8.2 liter! 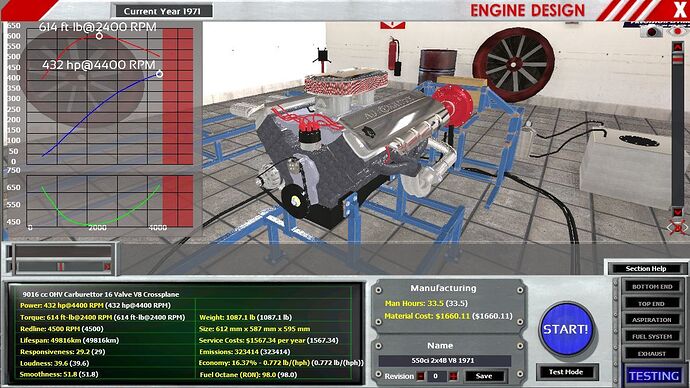 I just didn’t have the heart to really de-tune this beast :x In any case, since economy percentage isn’t really directly tied to miles per gallon, I will just assume this engine would get 8-10 and be happy.