Aero Confuses Me, and May or May Not Be Bugged

So, I mentioned these possible issues on the Discord, but i’m pretty sure they got buried, which is fair enough. I’ve been exploring the aero side of the game on cars that don’t actually use wings, specifically in regards to engine cooling. 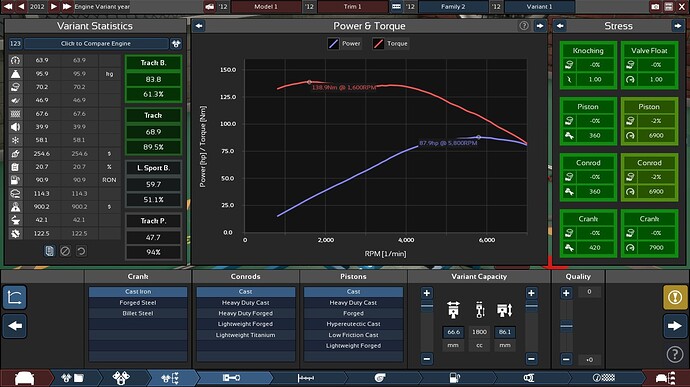 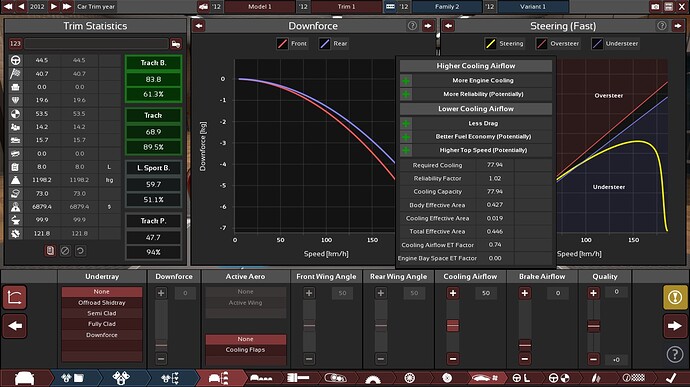 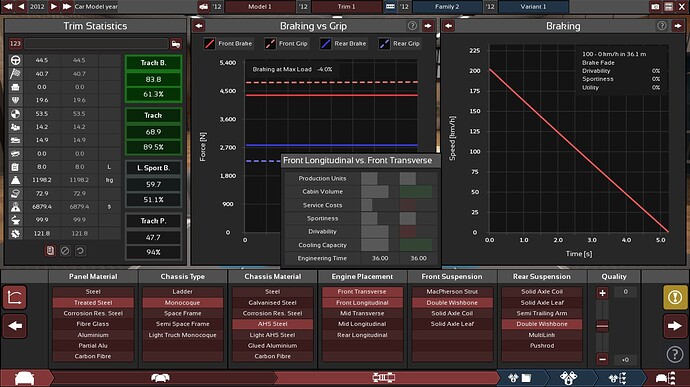 Specific engine mounting location is probably supposed to have an influence on how well the engine is cooled, nowever, every single engine configuration/orientation choice requires the same amount of ET to get the same amount of cooling into the engine. Now, there’s the point that the engine placement ET is supposed to make up for the difference here, but it doesn’t make much sense to have the “engine cooling” bar in there if it has no effect. 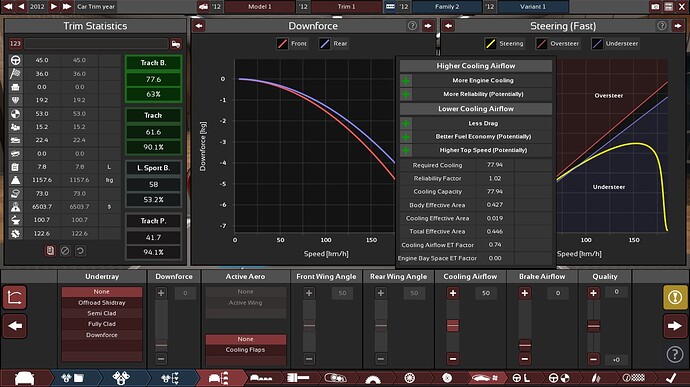 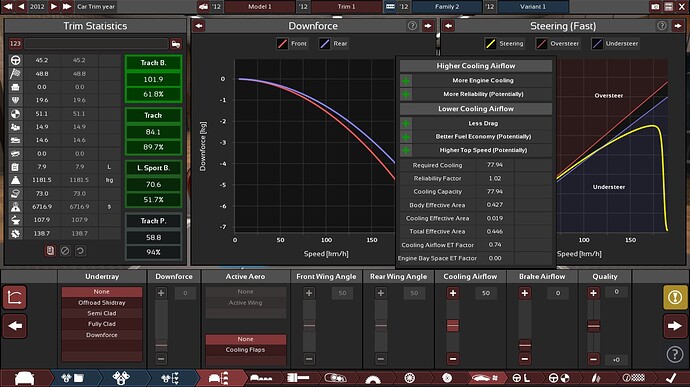 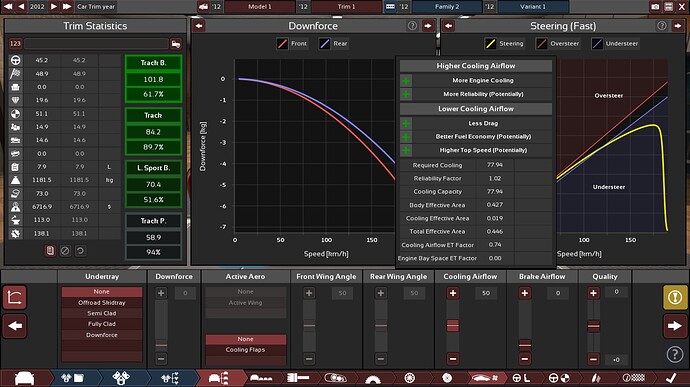 Note how all of these cars have the exact same stats for the car/engine even though every configuration here (except for front transverse) is shown. All engine placement locations have the same stats for aero work required, effective drag, and cooling capacity. I’m not sure if this is intentional or not.

What I’m expecting to see here specifically is additional ET to get the same amount of cooling for a Mid Transverse as a Front Transverse, as well as potentially additional drag nuances for doing so. I don’t imagine it’s easy to give a Mid Transverse engine 400% required cooling (or for that matter, 130% “50” cooling) without making the car look like a jet, while I presume it’s relatively easy to do it on the front of the car with just a grille alone.

Just a thing I noticed, and i’m still not 100% sure this is intended behavior or not.

Thanks for the write-up and illustration with all the screenshots. There definitely are several things going wrong here and I’ll put them on the list. Should be addressed latest with 4.2 when lots of balance changes are being added anyway.