Jonathan Albatross was born in Whittier, CA in 1907, to Irish immigrant parents. He attended Whittier College, graduating at the top of his class with a Master’s Degree in mechanical engineering. In 1937, he founded Albatross Aviation in Glendale, CA, with the goal of producing his own commercial airplane to rival the Bouglas BC-3. However, this plan fell through, and his company became a subcontractor to Bouglas Aircraft Company, building hardware for the very plane Jonathan had intended to compete with. 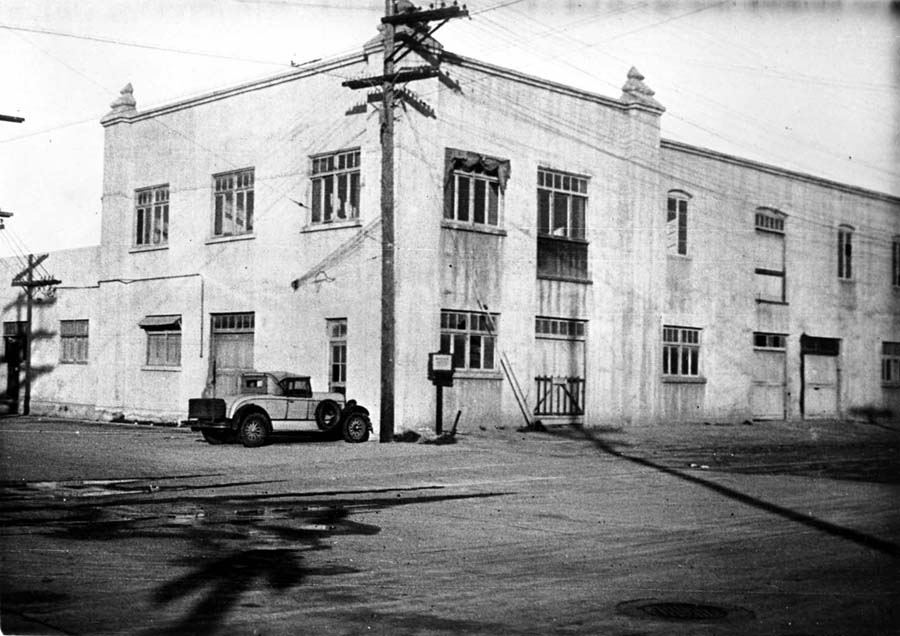 By the beginning of the 1940s, Albatross Aviation was seeing ever-increasing success. However, on December 7, 1941, the Japanese attack on Pearl Harbor, and the subsequent declaration of war, put a stop to their plans. With the signing of Executive Order 9024 in January 1942, Albatross Aviation became one of the many American manufacturing companies tasked with producing the goods needed for wartime. Albatross began production of mechanical components and fuselages for the large bombers which were raining down explosives over Europe and Asia. 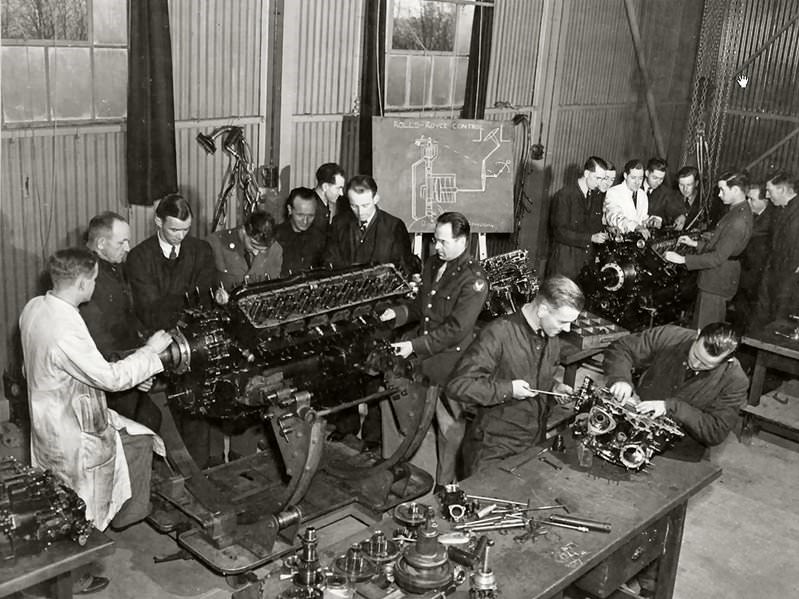 This wartime production sustained Albatross for several years. By 1944, the company was even preparing to introduce their own aircraft engine. Research and development on this engine continued into 1945, as did the creation of a new assembly line, but before they had the chance to put their new engine into use, the war had ended. Left with a new engine design which was no longer necessary, Jonathan Albatross made the biggest decision in his entire career. He founded an entirely new company: Albatross Motors. 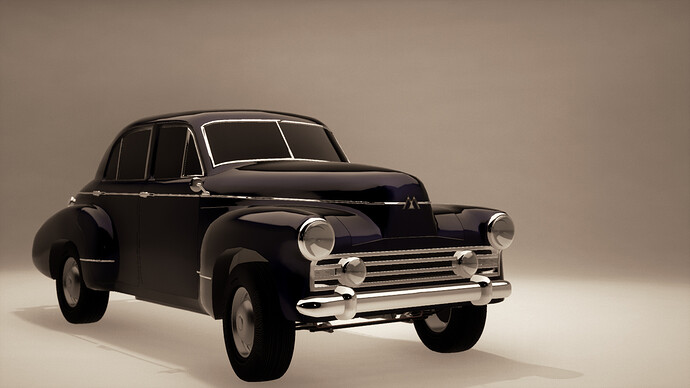 The 1946 Albatross Sacramento was the first car designed and built by Albatross Motors. Named for the capitol of the great state of California, this luxury sedan featured a 4 liter V12 derived from the earlier Albatross Aviation designs. This meant a direct acting overhead camshaft driving 2 valves per cylinder, which allowed the engine to produce 160 horsepower and 200 lb-ft of torque, while only requiring regular leaded (92 RON) gasoline. Coupled with a 3-speed manual transmission, the Albatross Sacramento could go from 0-62 in 10 seconds, and onto a remarkable top speed of 116 miles per hour. The downside of this engine was poor fuel economy, with an average rating of only 12.9 MPG. The car came with 4 seats, furnished in premium leather, and had an AM radio available as a very expensive ($2,499 AUD) option. Prices for the base V12 model started at $10,699 (@20% markup). 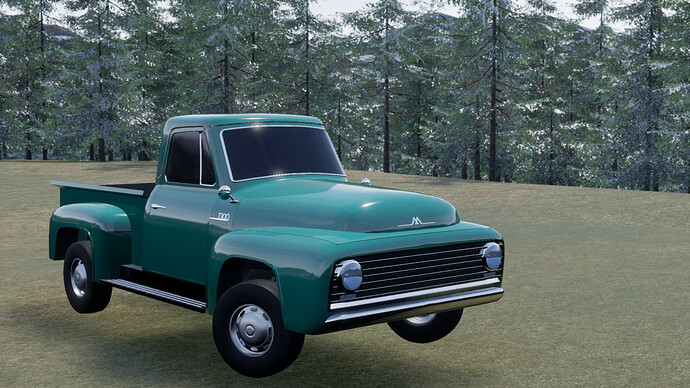 In 1947, spurred on by the sales success of the Sacramento the year before, Albatross Motors made the decision to branch out into more everyday vehicles. The resulting vehicle was the 1947 Albatross Yosemite, the company’s first pickup truck. Named for the world-famous Yosemite National Park in California’s beautiful Sierra Nevada Mountains, this truck was capable of carrying over 2,500 lbs of cargo in its bed. Power was courtesy of a new powerplant, derived from the original Albatross 4.0 V12, but with 4 fewer cylinders. The resulting 2.7 liter Overhead Cam 60°V8 made a respectable 113 horsepower and 136 lb-ft of torque, with power fed through a 3 speed manual transmission borrowed from the Sacramento sedan. Upon release, the Yosemite received praise for its attractive styling and ruggedness, and in 1948, a version with a new 4 wheel drive system was released to further increase the truck’s abilities. Prices for the 1947 base model with rear wheel drive model with a V8 started at $8,999. 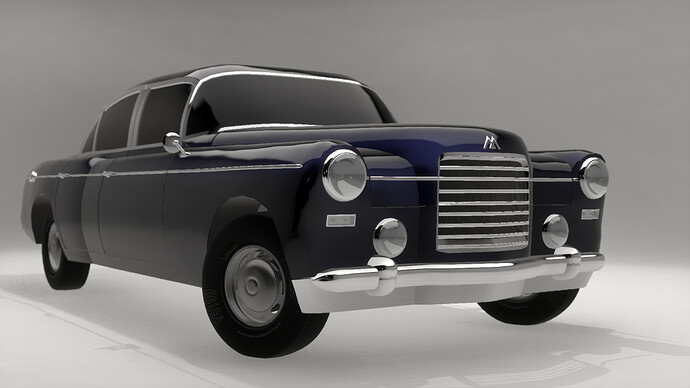 In 1949, Albatross Motors expanded their lineup with a bigger and better version of the Albatross Sacramento fullsize sedan. This new flagship vehicle featured an updated version of the Albatross V12, with a new dual 2-barrel carburetor system replacing the original triple single-barrel setup. This resulted in a slight decrease in power but an overall improvement in fuel efficiency. Carried over from the original Sacramento was the same 3-speed manual transmission feeding power to the rear wheels. The interior featured 4 seats finished in leather, and an optional, but very expensive, AM radio. Prices for the V12 model started at $13,999. 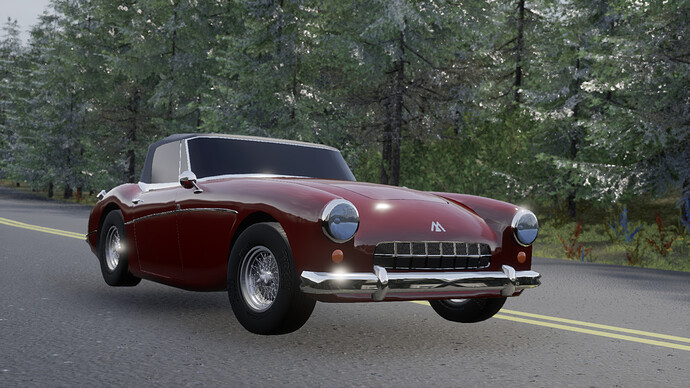 By the early 1950s, Albatross Motors was seeing incredible sales growth, and it seemed the company was posed to become a major player in the American auto market. This additional monetary capital allowed for several new projects. One of these projects was the Albatross Salinas, a light 2-seat convertible roadster. Released in 1952, the Salinas featured a 2.0 Liter Overhead Cam Inline-6 engine making 97 horsepower, a 4-speed manual transmission, and rear wheel drive. Underneath, the Salinas remained rather conventional, with a body-on-frame construction and a coil sprung live rear axle. The Salinas saw sales success in its own right, with owners praising the smooth engine and nimble handling. 0-62 was achieved in 11.7 seconds, and the top speed nudged just past the 100 mph barrier. Prices started at $10,999.

Except Albatross Motors is way older than Blaire… in the Automationverse

Not a bad way to start off the history of the Albatross brand. The Salinas would have made a decent choice for anyone wanting to buy a sports car back in the early 50s.

There’s actually a model I designed with a 3.5 liter V8 that provides double the torque and about 60% more horsepower. That one’s a lot of fun.