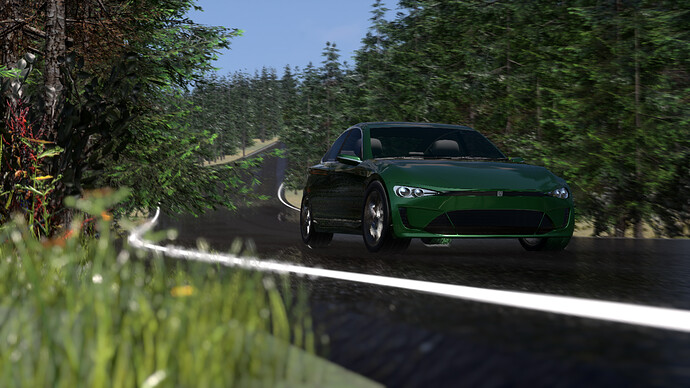 Alira was founded in 1949 by Gene Patton, a wealthy businessman in Oregon. Having grown rich as one of the best stock traders in the country at the time, with a passion in cars and the country’s optimism after WWII at an all time high, he was looking around at cars he wanted to buy, looking at prices and options on Packards and Cadillacs. While he was mulling over his own car purchase, he had an epiphany: After all of the manufacturers that went under through the Great Depression, he realized the market was consolidating and ripe for disruption. So he set out and did some research: read some books, talked to some connections, and realized he could make cars for a fair bit cheaper than the prices they were being sold at while still turning a profit ,and even make them in his home state of Oregon, bringing jobs to the area! The more expensive the market, the more profit was made, since upholstery/wood weren’t that expensive, and the more room for cuts in labor costs and equipment since more thing were hand finished. However, he didn’t want to build top-of-the-line cars. He wanted to put his name in the annals of history books, and he wanted to sell lots of cars. After considering his options, he decided to do something previously not heard of: using premium materials at a more budget price since they wouldn’t cost a ton extra to build. And Alira was born! A factory was built, completed in 1951, and the first cars rolled out of the assembly lines. An ad campaign was run, but sales were slow at first. After Alira came out with their first V8 model in 1955, in a midsize car named the Larkspur, however, things began to pick up. With a bit more money rolling in, Alira then made its’ first performance car in 1958: the Stinson. A Corvette-fighter with more power than one, and a few big advances in technology inspired by the European cars the executives had gone and seen on a business trip 2 years prior, the car was a true halo for the brand! 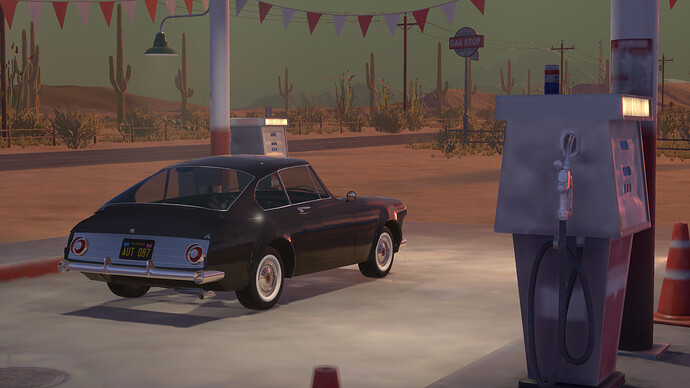 Over time, the cars started to grow a reputation for being a good value at a good price, and the company began to succeed! A European branch was opened in 1959, and given mostly free rein to follow European trends, while reporting back to the main American branch on innovations. Sadly, in 1959, Mr. Patton died, leaving his company to his son, Henry. He established a board of executives, handed them the reins, sold his share in the company and bowed out. Cars had never really been a passion of the younger Patton, and so he wanted to maintain his father’s legacy, but also see himself out the door. Things slowed down through the 1960s, under a slightly more conservative management, but sales continued to roll in for the first half of the 1960s. The Stinson was axed in 1963, after fairly slow sales and management not looking to maintain the idea of a “halo car”. By the mid-to-late-60’s, Alira was in fairly dire straits, however: the board was being stingy with redesigns, and customers were hemorrhaging to other brands as models in America started reaching the point of being left in the dust. 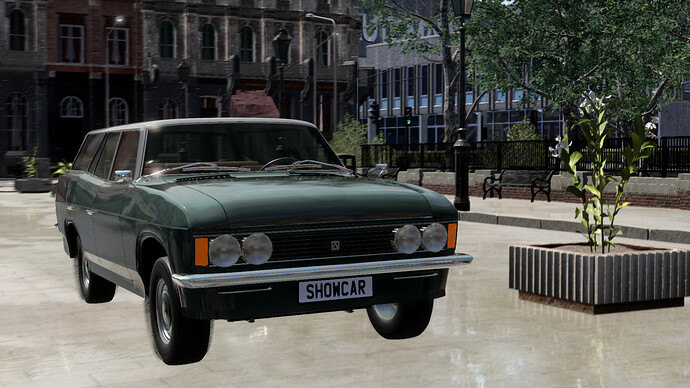 In the early 1970s, Alira finally got the break it needed to run with the big guys: Management was shaken up in 1971, with an exec or two coming over from European brands, and the new CEO had ambitions to turn Alira into something special, while maintaining Alira’s reputation for affordably priced luxury cars. The first step? A new Stinson to reinvigorate the brand’s image. Under the hood was a big engine mated to a manual transmission, and some significant chassis improvements inspired by the more nimble, technologically advanced European cars of the era. These advancements slowly trickled down the lineup, and Alira sales really started to go towards the moon again. Now flush with cash and looking to diversify, in 1985 Alira decided to buy ailing Warlock Automotive, a company known for its’ luxury offroad vehicles, and also a maker of utilitarian vehicles for governments or heavy-duty work. 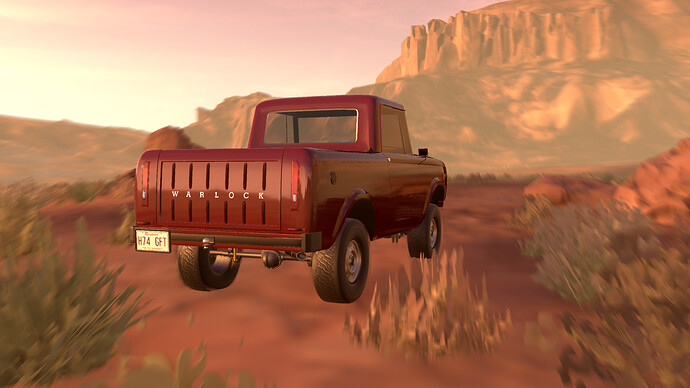 After refreshing their lineup and putting the Warlock brand on the path to profitability, in 1995 the Alira Group, as it was now known, purchased Bahama. Bahama is a boutique supercar manufacturer with racing history, founded in 1955, and by 1995, Bahama had its’ reputation nearly intact but was near bankrupt. Alira reworked their lineup, using the lessons to trickle down to passenger cars. Unfortunately, with all this focus on their other brands, their own lineup was starting to suffer: The CEO was fired, and another board member took over the helm, revitalizing the lineup in time to avoid a serious decline. By 2000, the Big 3 American manufacturers were being called in popular conversation as the Big 4, as Alira continued to flourish with its’ passenger lineup, as well as its’ race-prepped A lineup and GTZ performance cars.

Into the modern age, Alira continues to be a trusted source for sporty luxury vehicles at a mainstream(ish) price, and are currently the #2 automaker in North America. While Alira may not be the plucky upstart it once was, its’ ethos and philosophies remain the same!

The Basics Alira Group was created in 1985 when Warlock and Alira merged. Over the past four decades, it has now grown to also include Sunset Garage and Bahama, two other very highly regarded makes in their own right! I hope to give these companies all their own more detailed threads soon, but unfortunately I don’t have enough cars to quite do that yet, so this is just a brief introduction for each brand at the moment until I finish filling some decades and find the motivation to write a more c…