Established in 1975 and Defunct 2010 we made cars and electronics. Our famous models consist of the Fiero, Diego, LX Turbo Trim, Vamo, and the Carna. If you have any requests just ask. 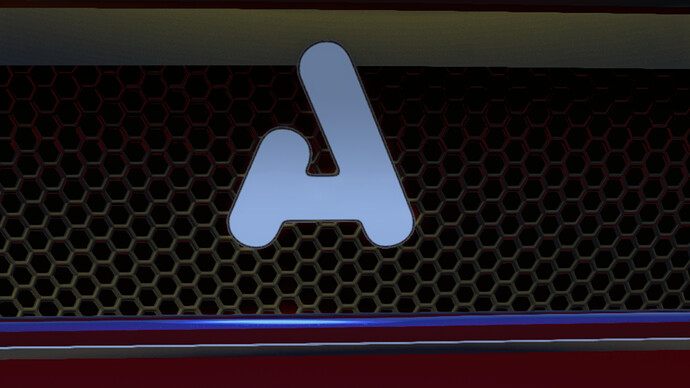 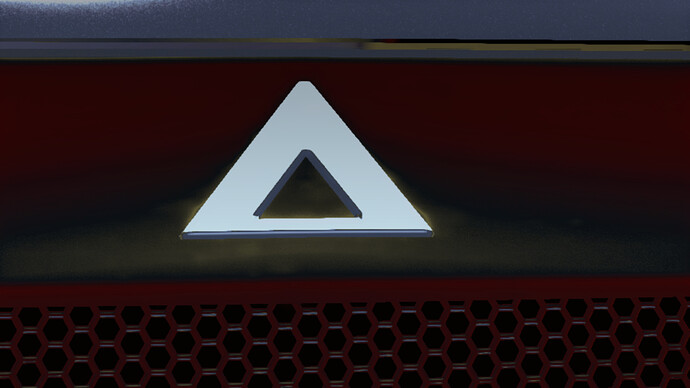 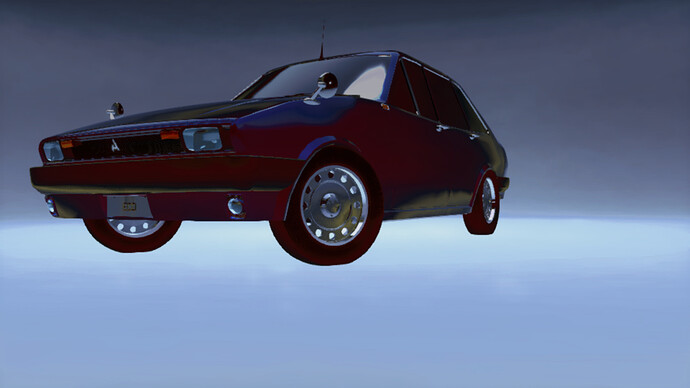 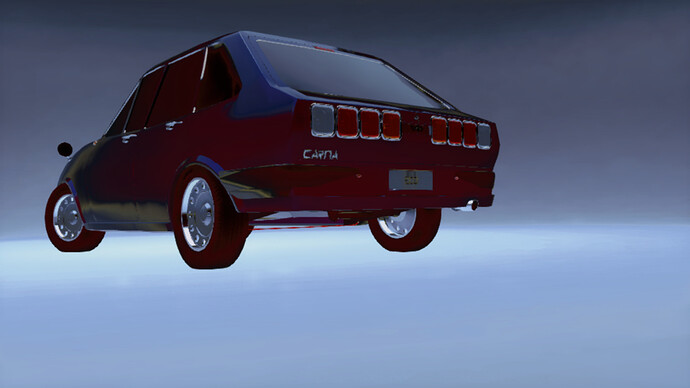 The Alissa Carna was a simple car. Only coming in 2 variants a Slow 70HP Inline 3 making 30MPG or a 100 Horsepower Inline 5 making an unkown MPG. The Carna wasn’t quick but it got you there at a reasonable amount of time. It wasn’t very popular until the 1980’s when Alissa hit their peak. it ran through 4 Generations ending in 1995. The LX Turbo trim didn’t get added until 1988 and it had a bit of a MPG problem when it got to it’s later years, but the Carna was a nice little car beloved by elders taking it to church and moms buying the Hatchback or Wagon variant. In it’s first gen it sold 30 Million Units and combined to all the other generations it sold 449 million units in it’s run. Alissa did have plans to bring it back in 2004, but ultimately scrapped the idea. It will be forever known as “The Korean Car Done Right.” 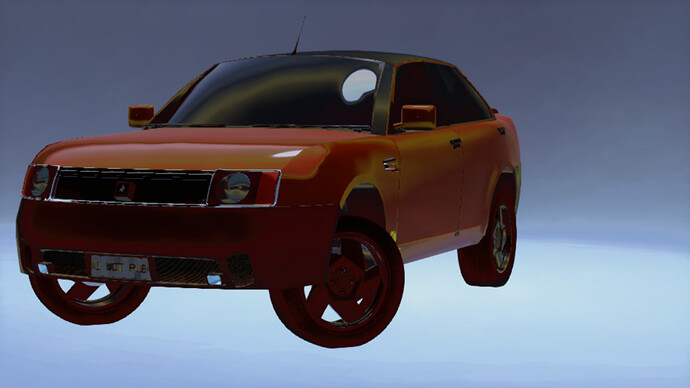 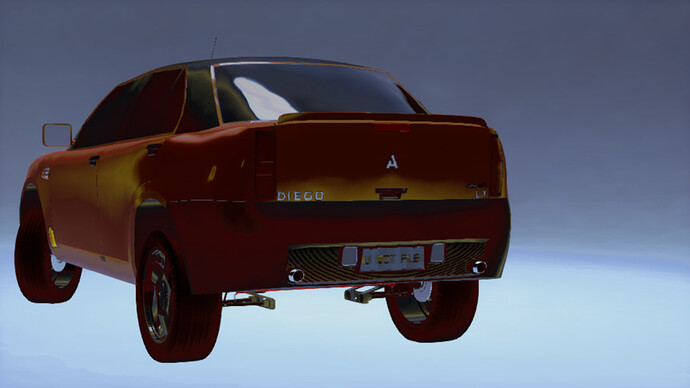 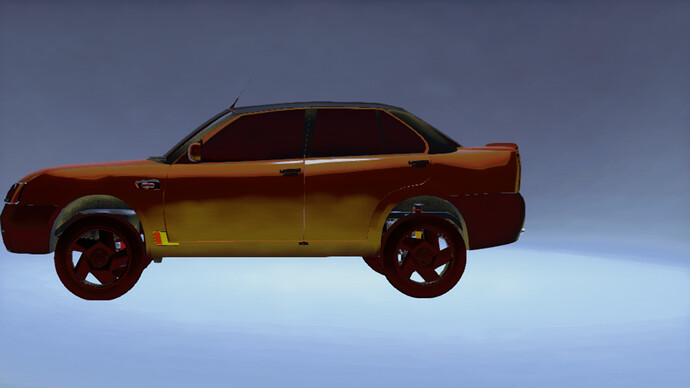 The Diego was the first car to have the LX Turbo trim. LX Turbo is the highest trim Alissa had. It usually had a Turbocharged V6 until 2005 when they changed it to a Turbocharged I3 for MPG purposes in the company. The LX Turbo was most popular in the 80’s when it competed against popular sports cars at the time. It failed to get to the top but it was close to it. The “LX Turbo Koup” was the most popular trim with the “LX Turbo 4door” right behind it. The LX Turbo came out with a hatchback variant in 1996 with it only being in a Hatchback variant. Thus started the down fall of the LX Turbo trim. The main problem the first gen had was it’s suspension problem. It was too tall and caused a bit of a rollover problem. It wasn’t fixed until 1996 with the second gen. The sales went from 20 Million to 15 million to 4 Million units by 2008, and on July 4th 2008 they pulled the plug and ended the LX Turbo trim. It went from a sports car icon to a slow top trim no one wanted. The Diego lasted until the companies demise in 2010. 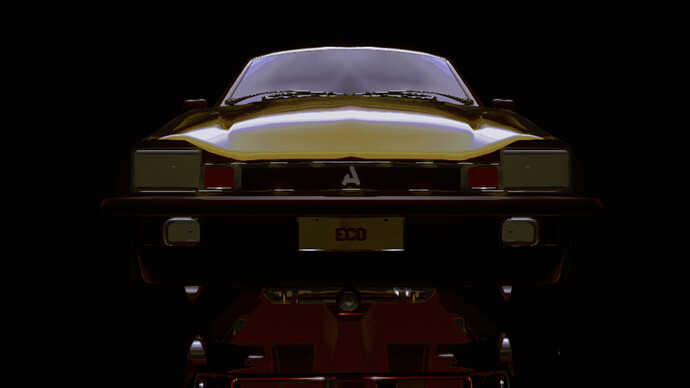 The next family hatch coming June 1976 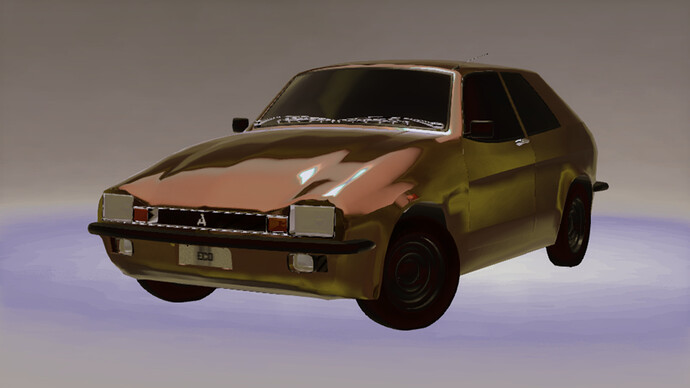 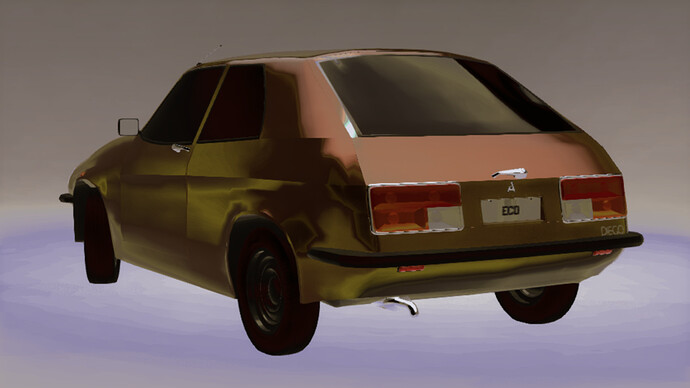 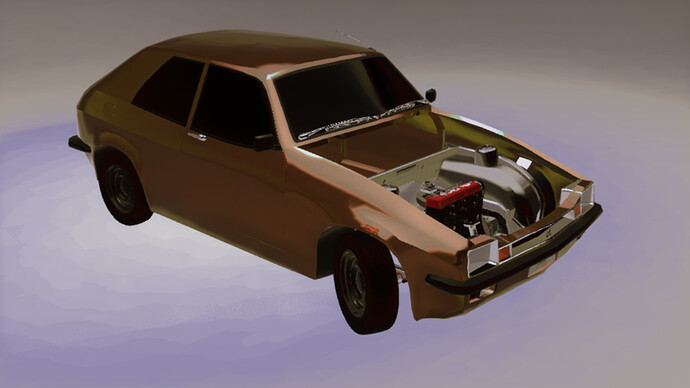 The first gen Diego was a very light eco family car. It came with a 2.0L I3 making 100HP and 30MPG. It was popular, but not in america. Most models were sold mainly in Central to South America, Africa, Asia, and Russia. It was also designed by Russians (which explains the rear). Yes it was modest in North America. But wasn’t popular enough. Though they did still sell it until Gen 2 which is when it was very popular in North America. The demographic of people who mainly bought this car were self employed weed smoking Californians or parents getting it for their crazy also probably weed smoking teens. It had a bit of fame when it was featured as a main car in Bonefied Honified (not a real movie). When Colin DeFranco drove it as the “Little Spork”. You’ll mainly find them now-a-days in a Junkyard, India or any country like that, The hood, or just fully restored by car enthusiasts.

It was popular, but not in america.

Yes it was fairly popular in North America

Understandable have a nice day. 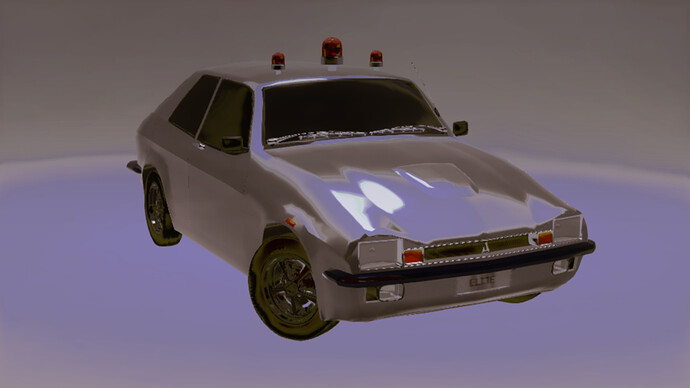 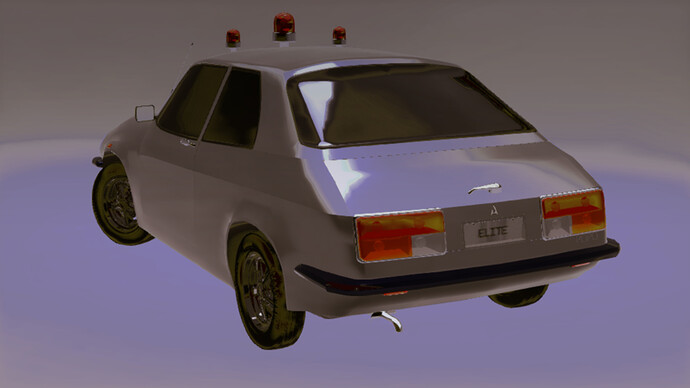 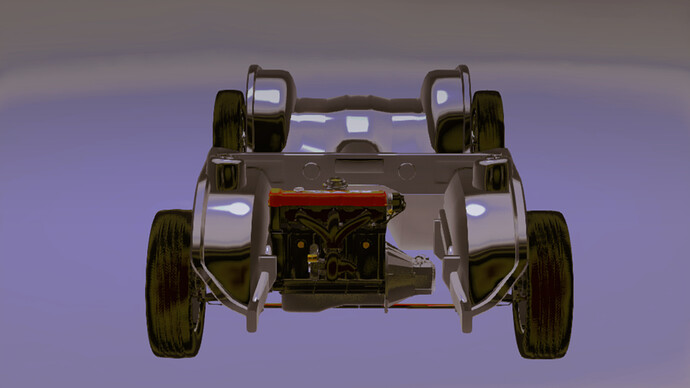 The Police variant was sold only in countries like India or Russia. It had a turbocharged I3 making 140HP instead of 100HP. It did not really sell well at first, but got a bit more popular. It was not sold in North America or Central America. Though you can find imports around Canada and The United States now-a-days. The reason it wasn’t sold in North America is the obvious reason that their V8 land barge sedans would do better than a small unsafe hatchback, and before you ask. No they weren’t sold publicly. They were sold to the government of the countries. 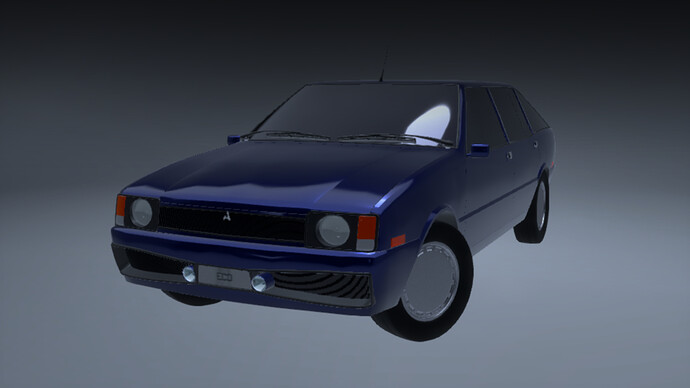 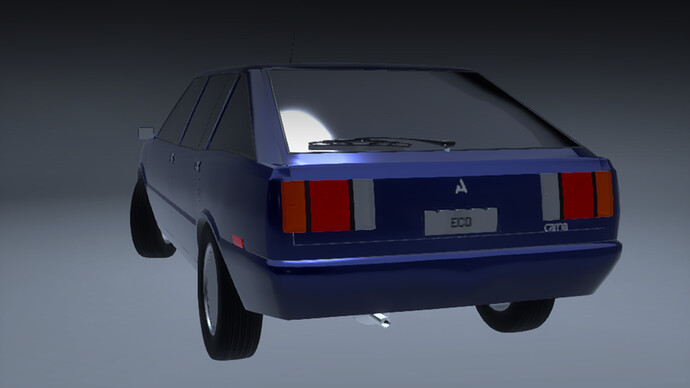 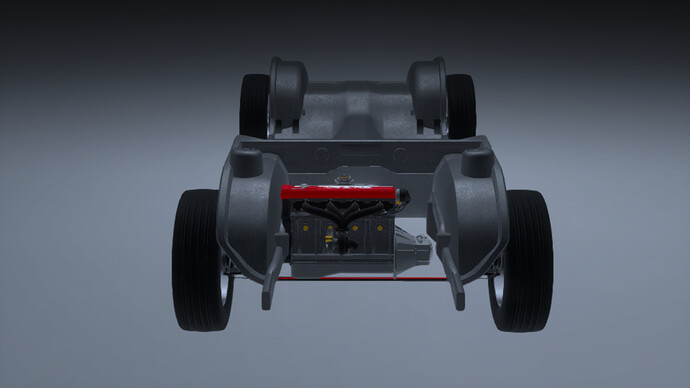 The new family car on he block has arrived. With an I4 making 115HP and a 0-60 in 10 Seconds. This family sedan will get Timmy and Jimmy to soccer practice and you to yoga class and Starbucks. Alright commercial over. The Carna was the one that began the peak of Alissa Motors career. It did have an I4 making 115HP. Though the 0-60 time was actually 9 seconds, and most of the buyers were hippies since it was the most stoner looking and fuel efficient car on the market at the time. It also had a good rating when NBSI (National BeamNG Safety Initiation) crash tested the second gen Carna. Consumers were amazed how similar they could make the gen 2 Carna look like the gen 1 and also have a modern touch to it, and also with the Technological advance that was the design of the gen 3 Diego. It just made the company more popular than it already was.

I’m not sure in the early 80s a 2.0L 3 cylinders would be popular in north america

Oh yeah, that makes sense now. Well I’ll change up my engine layouts from now on then and stay in the 1litres and lower. Until like the 90s I guess.

The Gist was the second car to be mass produced by Alissa Motors. This cute hatchback was originally made to be a family car but was switched to be marketed as a little beginners hatch. Gen1 comes with a 1.1L I4 making 50HP and 0-60 in 14 seconds. Since it was still the oil crisis it was pretty fuel efficient getting 23 Miles to the gallon take it since this was the 70s it was a pretty good gas rating for it’s time. It’s top speed was 95 MPH. The main demographic to buy it were people on a tight budget and parents getting teens a car. Gen1 was only sold in the EU, South Korea and a tad bit in NK, and The Middle East. Until Gen2 when it was finally sold in the U.S. and other countries.

The Diego is a small family hatchback made for daily uses.

The Diego comes in 3 different trims

The Familyette comes in 2 trims

There’s already a car model from Daito with the same name as your brand - but I’ll give it a pass anyway.

Well. As long as the brands don’t have the same name like if Alissa was called Daito. Then that would be a problem, but I don’t really think having a company with the same name as one of your models would be a problem. One of the same things happend with Albatross Motors when I pointed out that the brand name was similar to one of Blaire’s models (my main company). I didn’t take it as an issue since they were basically 2 separate things. But it’s okay, like Albatross Motors I didn’t know until I found it.

This thread is now abandoned in favor for Taimania Motors. I will not be creating/posting cars for this company anymore. Aside from re-creating old cars I already made in UE4. Thank you for your time. I appreciate it, and if a moderator can lock this thread I’d appreciate it too.