All engines from Galt avaliable as 'Crate'

so all the engines that i am creating that i will allow others to use as long as im credited, and right now ill run a quick breakdown of what the letters and numbers mean, heres the engine from the '95 Suon (not uploaded as of this post) called the GRMPEFI28287995, not to break it down: GR: first 2 letters of valve cover color, MPEFI: fuel system type, in this case, multi point EFI, 282: the engines horsepower, 87: minimum octane rounded up to next whole number,some engines i screwed up and left the decimal value , 995: last 3 digits of year manufactured, some engines dont have this. 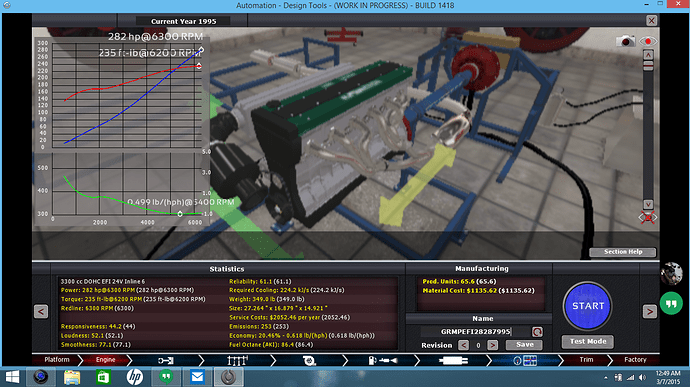 i agree its lenghy, but as you said, it does show most of the major info of the engine, in fact, break this one down: WHDFI45487015, won’t upload the engine for a little while since its the engine to the '15 Suon.

i agree its lenghy, but as you said, it does show most of the major info of the engine, in fact, break this one down: WHDFI45487015, won’t upload the engine for a little while since its the engine to the '15 Suon.[/quote]

yep, quite alot of info, ill upload another engine later 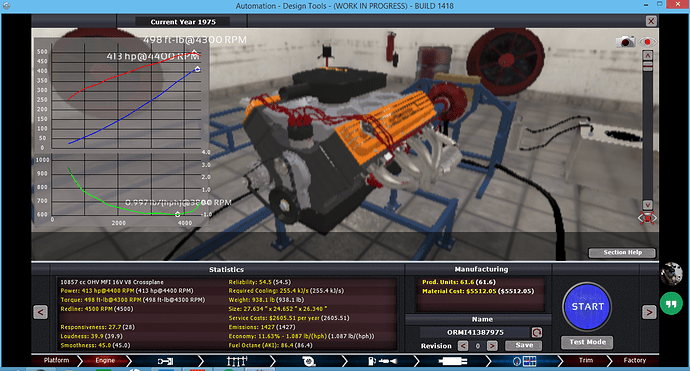 its meant as a high powered engine for those who can afford it, when i threw it in a car it didnt do horrible with 12 MPG’s, heck the trailblazer im getting IRL is 12 MPG city, so i dont think its too bad if you get the efficiency right

I would like to point out that 11% efficiency isn’t that good.
You should be able to hit 15% without big problems.

[quote=“NormanVauxhall”]I would like to point out that 11% efficiency isn’t that good.
You should be able to hit 15% without big problems.[/quote]

ill attempt my best, my computer barely runs automation and im still noob, getting better tho, just not doing anything more until after the steam release sinc it breaks everything

been a long time since I’ve posted anything here. while it won’t be “available as crate” due to there being no engine exporter (yet) I did feel that i could at least share these here (and offer an export when that becomes possible) of

The Galt RJ1 series I6

The RJ1 series is the first “modern” smaller displacent inline 6 engines made by Galt. They vary from 2.2L in size up to 3.2L, and have a variety of SOHC and DOHC heads for them. every engine in the series shares the same cast iron engine block, and uses Aluminum heads, with max boreXstroke for each version being 3.504 inches bore, and 3.358 inches stroke. The series started out in 1977 with a 12V SOHC head, with the example engine being the first one built on the new architecture, a 112HP carbuerated 3.2L. (engine covers removed for visual purposes) 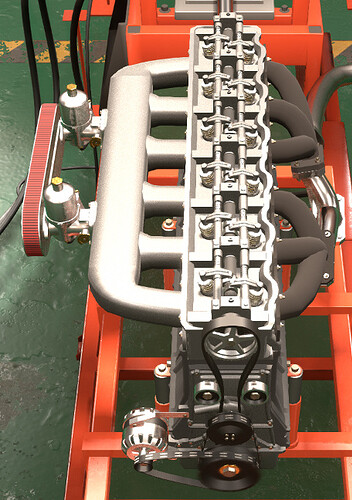 The next head option for it came in 1979 with a 18 valve SOHC head. the unit below was built for demonstration using MFI. 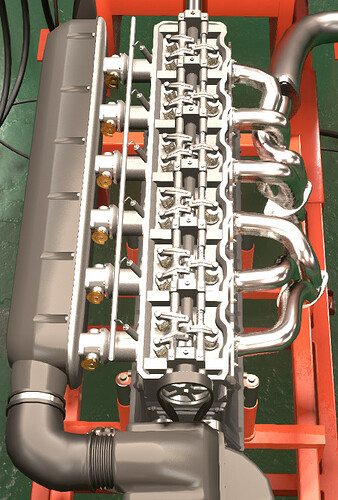 Next Head made was a 12V DOHC version coming out in 1982, it’s the one most widely known for being in the Barchette Turbo, with that engine being showcased below. 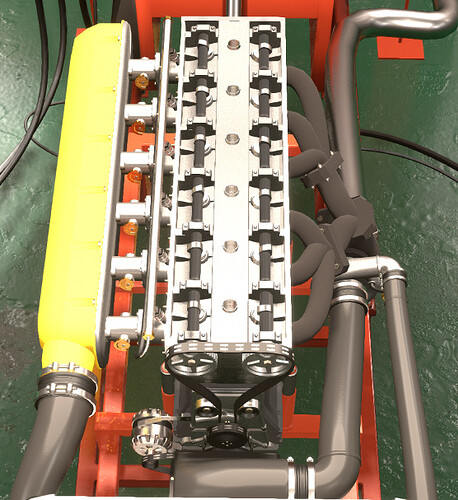 Next head made was Galt’s first 24V SOHC I6 head releasing in 1984. The engine below was a demonstrator unit used in showing Fuel economy improvements with the 24 valves. 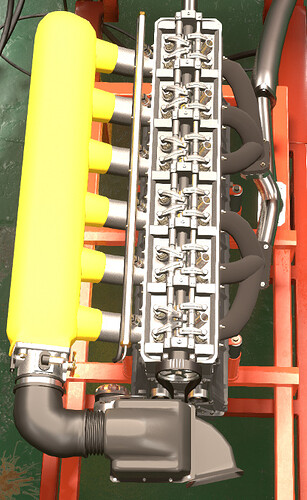 and the final version made was a 24 valve DOHC head in 1988. this demonstrator engine was built to show performance increases that were possible with the two cams running all 24 valves, by making nearly 200 horsepower N/A out of a 2.2L variant. 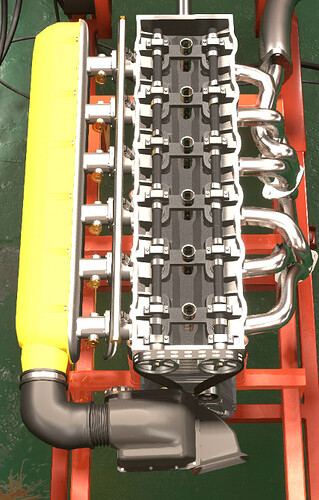 The RJ1 had been used in Galt’s lineup up until the early 2000’s, where V6’s mainly took over, and only to the late 90’s for the DOHC versions before an all aluminum VVL equipped RJ2 released to replace it for some of it’s sportier lineup.

in closing, when can I export these things?

Not on their own, but if you export a trim file for any given car, the engine used by that trim will also be included.

Unfortunately I do not yet know exactly when engines can be exported independently of the trim to which they were assigned.

I’m aware of that, I meant when will engine exporting specifically be implemented.