Any love for 2 cylinders?

Since the FAQ seems to be quite old (almost 1 year old) and as in the last dev update talked about how modular the engine blocks are and how easy it is to implement different types of engines, Is there any chance that l2, V2 or a Boxer-2 will be available at launch? If not, when is the engine DLC expected to be released (obv. after launch)

why do you think the FAQ even exists if it’s to be ignored?

Because I felt the FAQ hasn’t given an answer to me, has UE4 changed the engine types that will be available?

In general the answers in the FAQ represent what the developers are aiming for in the final release, the update to Unity will not have changed that vision much.

EDIT: Unreal, not unity, must have playing too much KSP!

Unreal, not Unity, they are pretty different

@Ornate they are not planned for the main release, so maybe in a dlc. I sort of remember killrob in a LDU video saying it is now easier with unreal, but they haven’t be confirmed. Remember that the game implements common tech used in many models or things that add a lot of options to the game, and 2 cylinder engines are not that common and its application range is very limited.

I would like to second the 2-cyl suggestion here, at least the I2 layout - I think that’s a pretty important option in the earlier years. Think Fiat 500/600/126, Citroen 2cv among others. Btw I think the 1965 Minicar body (modelled after the Fiat 126) should definitely come with a rear longitudinal engine option, just like the real thing.

Oops, you’re right - my bad. Anyway, what I mean to say is that I think that 2-cyl engines were quite signifikant in the post-war years. Would be nice to have them sometime in the future. IMHO, they would be more important than I5 or V10 (albeit less sexy, of couse…)

Not only 2 cylinders, but also two stroke engines!

I doubt two strokes will happen, But I3s are coming, and I2s are a possibility for later DLC, but not confirmed.

As a 2CV driver and fan, learning that i could not build a 2CV twin boxer style engine in the game was my first disappointment. 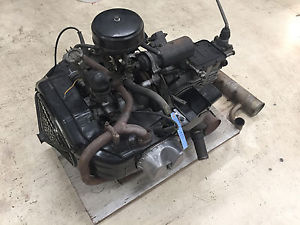 A whole bunch of Light European cars only had two cylinders.

Fiat 126 and the Fiat 500 both the New and old one. Had straight twin engines