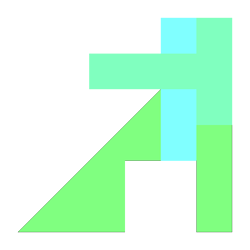 ATI2800×2800 40.5 KB
A quick introduction to the company, Ares Track Innovations is, despite its name, the street-legal division of Ares Racing Team. The team has competed in a variety of series, for decades. In the 1990s, however, it was met with an existential threat. The company had invested a substantial amount of money in endurance racing, with the boom of the World SportsCar Championship, or WSCC. However, with the sanctioning body seeming hellbent on destroying the championship, the team had to scramble for an alternative. They needed some other way to stay afloat. And so, the team decided to launch a street-legal (if not street-sensible) division. The core concept was simple - make the minimum number of compromises to get a track car driving on the street. Curious about how it turned out? Scroll down to the next post!
AMuteCrypt 8 September 2021 21:02 #2 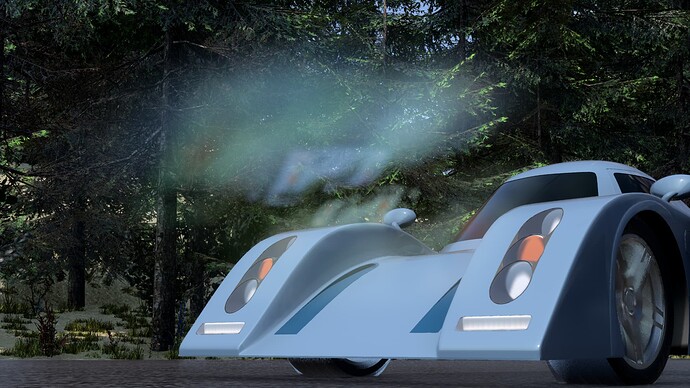 The initial race specification called for expensive carbon fiber and exotic materials, but those were no longer viable when consumer budgets mattered. Instead, the car uses aluminium panels with a steel monocoque. The interior was pulled straight from the track, lacking any sort of amenities - no entertainment, just one seat and the barest amount of padding or sound insulation. This spartan interior keeps the car down below 800 kilograms. 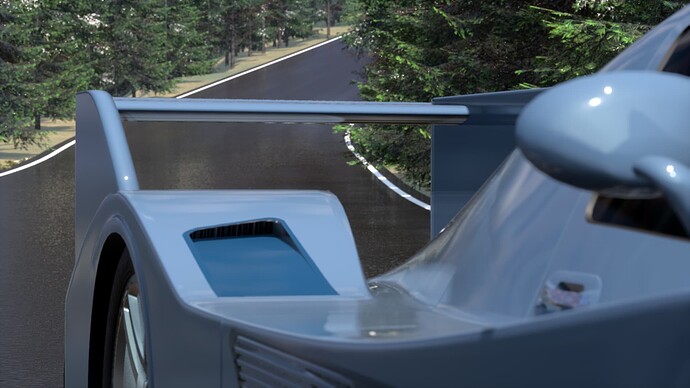 The car uses a ludicrous amount of downforce in its design, with over half of its weight being added to the rear axle due to the long, flowing rear wing. Advanced additional vent structures have been added to cool the engine and the vented brakes. This is supported by an extremely hard suspension, which completely trades comfort for sportability. 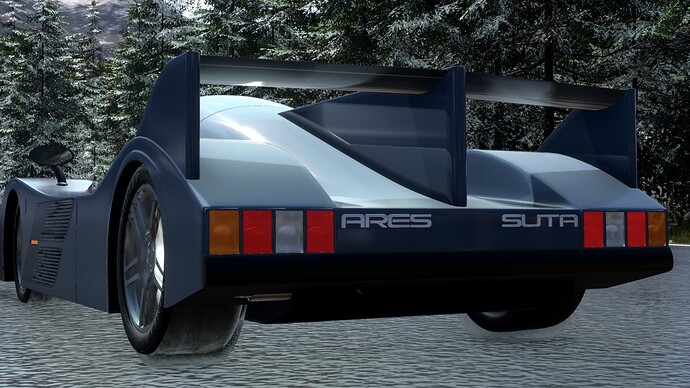 The engine has been mounted between the driver and the rear axle. Much like the materials, the engine is a compromise between the lofty track-only aspiration and the budget-constrained street reality. The original plan called for a large, high-powered engine sourced from a third party - but they just couldn’t get one. Instead, they went with a small 1.6L twin-cam inline four, mated to a RWD system with a 6-speed manual transmission. The engine only puts out 140 HP, but multi-point EFI and natural aspiration provide astounding responsiveness. 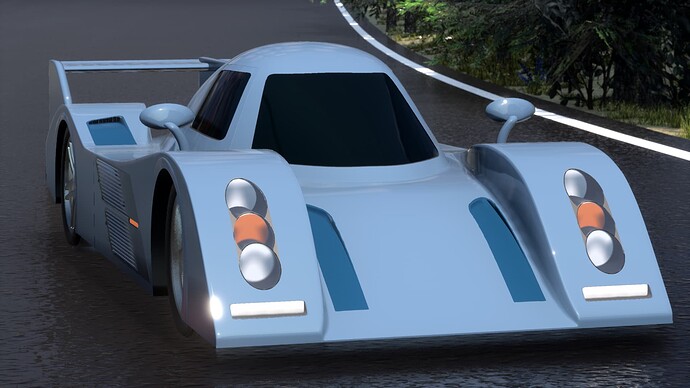 The one element where no corners have been cut is safety. This is a car which is likely to get into some rather savage incidents, as it is built to be driven fast. No corners have been cut, with an intense six-point harness, and a rigid survival cell. The end price for the car is an astonishing 25 thousand dollars - more than affordable for grassroots racing, or for any aspiring drivers.

definitely could fix the fitment there, also don’t forgot about the exhaust, wipers, and the fuel cap

There is no doubt that the SUTA is a top performer on track considering its lack of power, but its aesthetics leave something to be desired, especially up front, where the headlight arrangement reminds me of a distended spider gazing at its prey. Even so, at its low price of $25k, it would make a great choice for a spec series, as you have just described.