The year's 1946, a year after World War II ended. Atera Automotives was established in Kobe, Japan by Kazashi Himoru. He opened his first shop at his house with fixing cars and trucks with his expertise.

After years and years of fixing cars, Himoru managed to buy a factory at industrial part of Kobe and managed to produce his first car in 1954 which is just slightly different version of Toyopet Super RHK with more powerful engine.

Note : I will randomly post car from random years as i just wanna do it like that lol 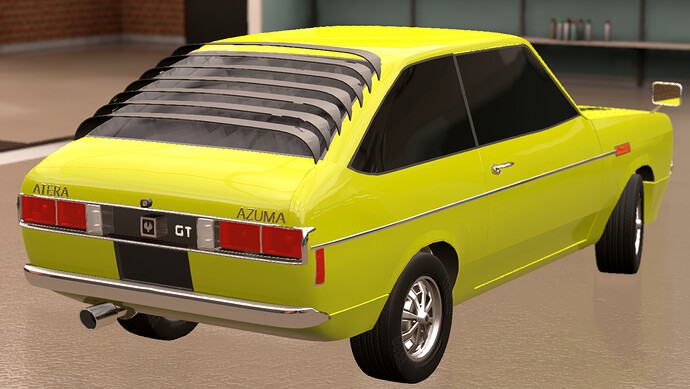 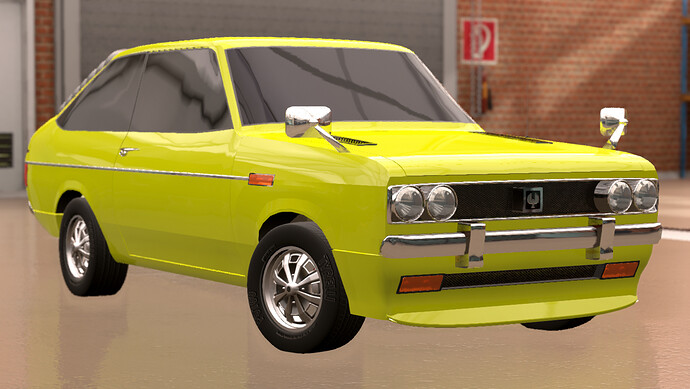 1976 Atera Akuma GT has 2.5L 4-cylinder, producing up to 110hp with 18mpg UK. It has standard interior with standard 8-bit radio. Just your ordinary sporty Japanese coupe that is only available for Japan. 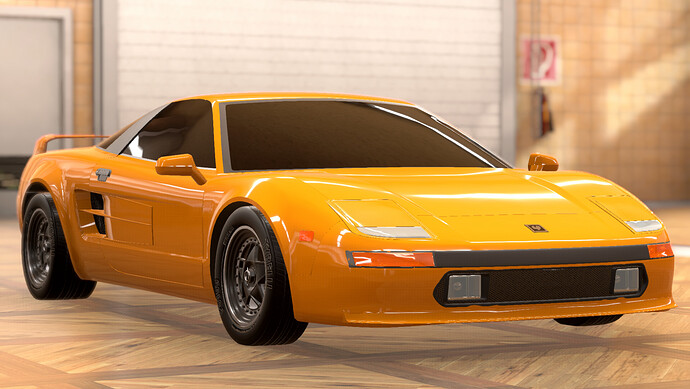 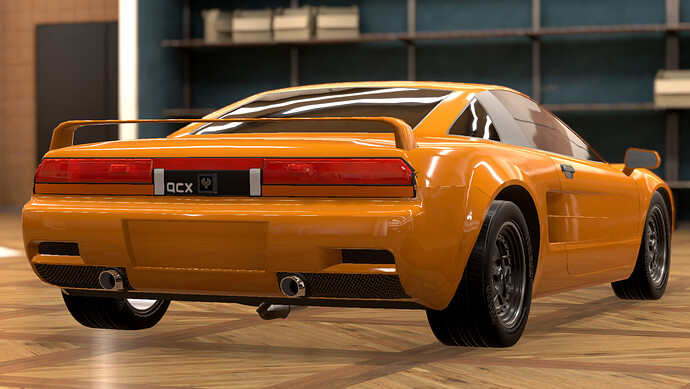 HighresScreenshot003061912×1080 741 KB
1990 Atera QCX, a sporty F1-inspired sports car with mid-tranverse 3.5L V6 that can produce up to 283hp with the top speed of 283km/h. The abbreviation of QCX stands for Q chassis code Coupe and Xperimental. It was meant to rivaling against Italian sports car at the time like Ferrari.

Inside, it has comfy premium interior with standard radio just to save some weight for the car which weigh around 1310kg. There’s also a rumour that Atera will launch a more track focused car in the future which is may called QCX GTZ. 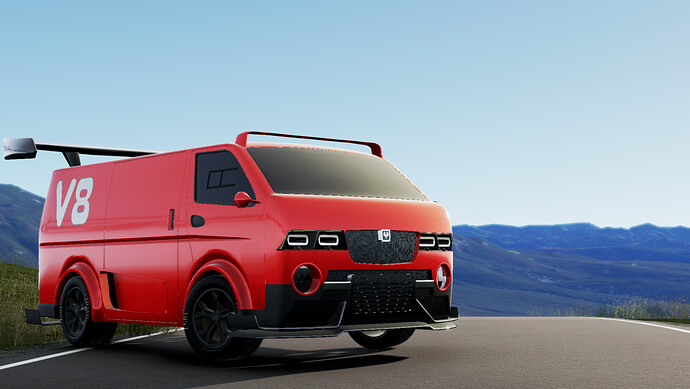 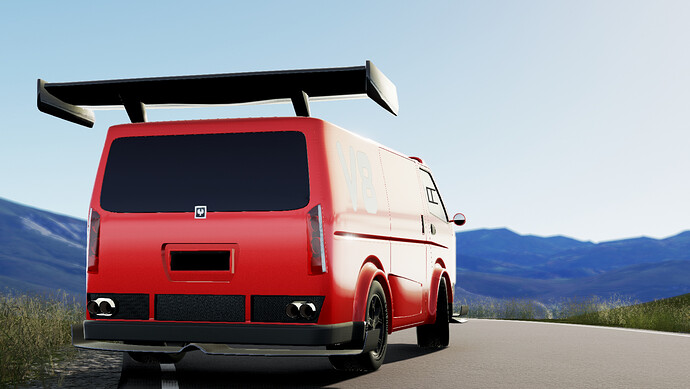 HighresScreenshot003041912×1080 500 KB
We've seen a track sedan, coupe and a van but only one manufacturer did it but for racing purposes and a test mule for a supercar. Introducing 2020 Atera Ainos Track Concept, a van with 3.0L turbocharged V8 that can scream up to 10k RPM. The engine also can produce up to 960hp with 858nm of torque.

Ainos Track Concept can do around the corner around 1.30g with the top speed of 348km/h and 0-100km/h around 3.2s. The CEO of Atera Automotives stated they will probably not produce this as this is just a showcase of their upcoming a work van for the market but if there’s enough demand for this, they’ll probably produce it in a limited production.

The QCX would have been a legitimate rival to its contemporaries (NSX, 348, 911, etc) on looks alone, and it also has the speed and handling to match. I’m expecting the GTZ to build on that initial success. 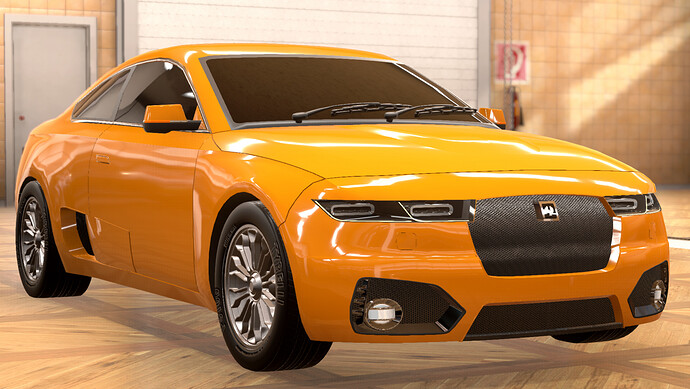 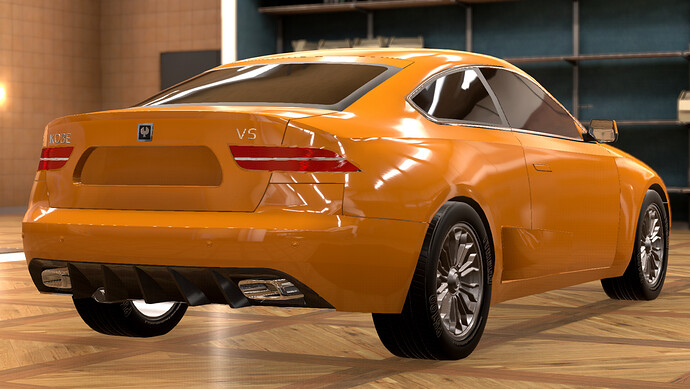 HighresScreenshot003121912×1080 708 KB
Atera Kobe is now back after being on hiatus for almost 20 years which were used to be a rally monster that won WRC 3 times to a premium GT coupe.

The brand new Kobe VS features a 2.5L turbocharged 5-cyl that is capable producing up to 326hp with 301nm of torque. Inside, it has luxury interior with premium HUD. Kobe VS offers in AWD and RWD drivetrain layout.

Explain overly detailed, cause I feel like that was a diss at people.

Like people just sometimes overly design vehicles. I got from someone from discord, and I thoroughly agree with them. People just overly detail vehicles. I mean there isn’t anything wrong with overly detailing. But it just makes me feel unaccomplished when I see one then look at one of my cars.

What I’m getting at here is jealousy. You generally hate it when someone does a better job at detailing than you.

Not particularly. Kind of.

Well, you know, you can always use the highly detailed cars as an inspiration to do better.

Now that I think about it. That blows away my jealousy and makes a lot of sense. Thank you for the Reality Check.

Though to be honest. There are people that try too hard and just end up making an ugly car, and it’s good glad I had a Reality Check. Doesn’t everyone? 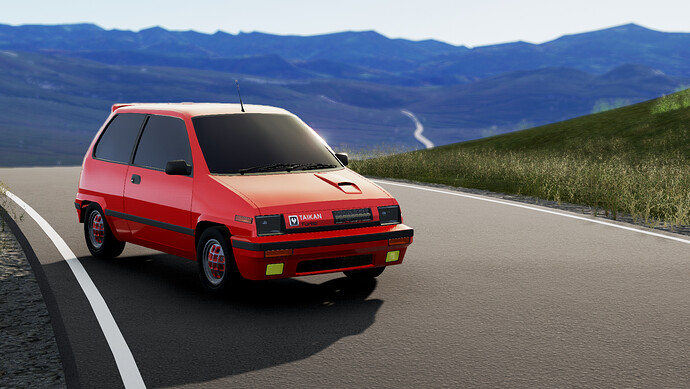 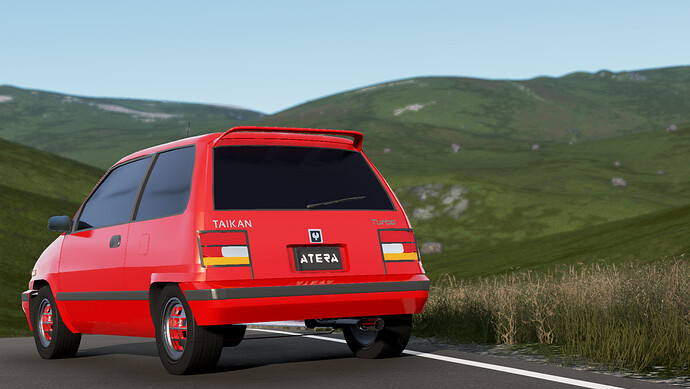 Inside, it features a standard interior with standard FM radio. Digital gauges is offered as an option with digital clock. Other than that, it’s a pretty fun small hatchback from the 80’s.

Loving these cars so far, keep up the good work!

Bro that looks so damn cool