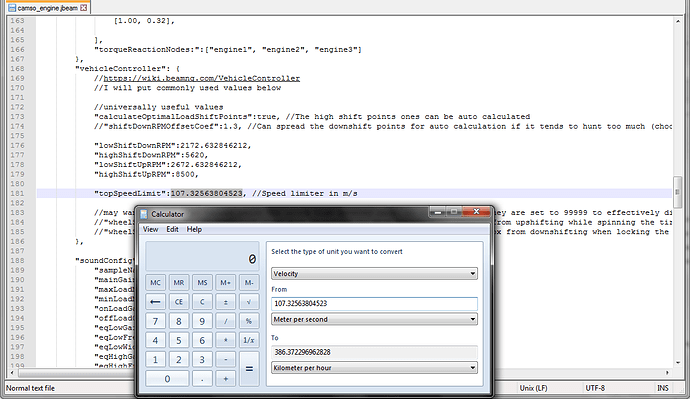 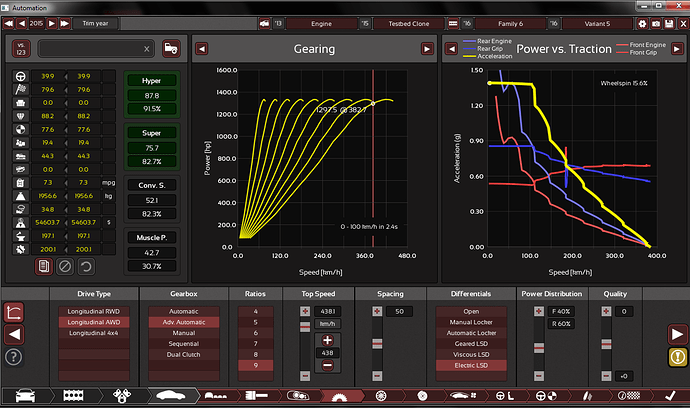 I don’t think that’s actually a speed limit, more a calculated vmax, i adjusted it once, and the car went faster, despite not having enough power to do so

Interesting. Most of the cars I test actively cut throttle upon reaching this speed in BeamNG. 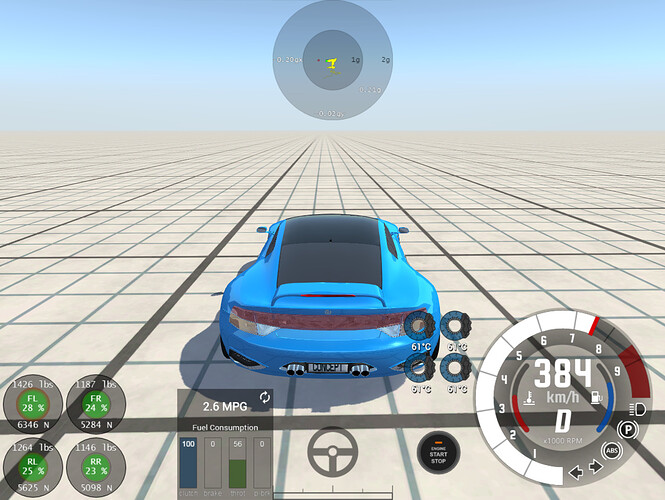 Where is the Fuel consumption thing?

You can switch between distance and a few others by clicking on the thing, after adding the trip computer app.

Maybe it’s because the car is more aerodynamically efficient in BeamNG than what Automation calculates it to be, thus causing the car to reach that limiter and start cutting power because it doesn’t need full power to maintain that speed.

But why would the exported car have a limiter if the car in the car designer is set to have no limit at all?

But why would the exported car have a limiter if the car in the car designer is set to have no limit at all?

This. There’s a specific line for speed limit in the engine.jbeam file and as it stands it will be either the theoretical max as set by automation, or the electronic limiter as set by the player in automation (whichever is lower).

Really since beam and automation have different ways of calculating the vmax because of differences in how they calculate aero and power, the limit from just aerodynamics in automation shouldn’t be used as an artificial limiter in beam. I just find if I run into this problem I find the line and set the value to like 9999.