Betta Motori S.p.A (Feel Free to Use Them)

Betta Motori, the Engine division of Betta Automobili S.p.A. Established in 1960 as VMinarelli Motori, fully taken over by Betta Automobiles in 1986 along with Piningiaro S.p.A, and a subsidiary of the parent company since. Engines that are small, punchy and economical, or a variation of the three with varying percentages. Free to use as long as you credit me like this : @TheMiltos21. 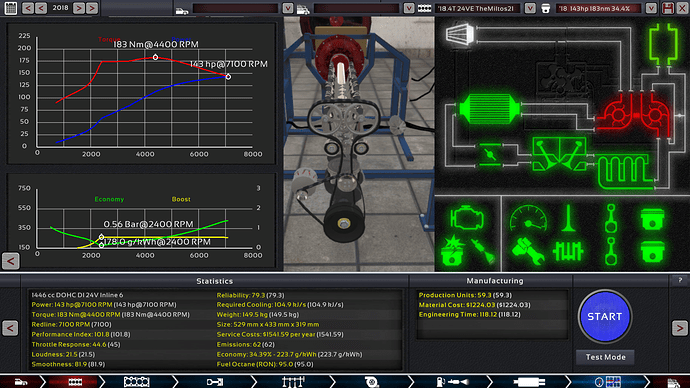 Background story : Originally used in the Betta Anagenisis submission for the Hybrid Beaters League challenge, only this engine uses a 24V VVL head instead of the 30V head originally used. A very economical and punchy for its size motor that is very responsive from low in the rev-range.

Correction: a six-cylinder engine has a valve count that is a multiple of 6, so the version shown here has 24 valves, not 16, and your other version has 30 valves. Other than that, it’s a very economical engine overall. What other engines will you showcase next?

Ah yes thanks for pointing that out, being a 1.4 my mind just went 4 cylinder mode lol. We will see, I’m thinking something along the lines of a cheap economical I3