Formed in 1948 to license build Soviet Bloc cars, Birou Bucuresti Auto, shortened to Bucuresti, was a state owned corporation known for making extensive use of Duroplast, a durable plastic material better known on the Trabant. This allowed Bucuresti to make and improve on designs from all over the Soviet Bloc, most notable of which was the addition of armor in the panels of their version of the GAZ-13 Chaika, while decreasing its overall weight.

In 1989, after the assassination of dictator Nicolae Ceausescu, Birou Bucuresti Auto was officially dissolved, before reemerging as Bucuresti Auto, a privately owned corporation in 1992, with a license built version of the 1989 Razor Orlando.

Bucuresti focuses mainly on budget luxury and budget performance cars, with the occasional top level Sedan or SUV catered to the luxury buyer. 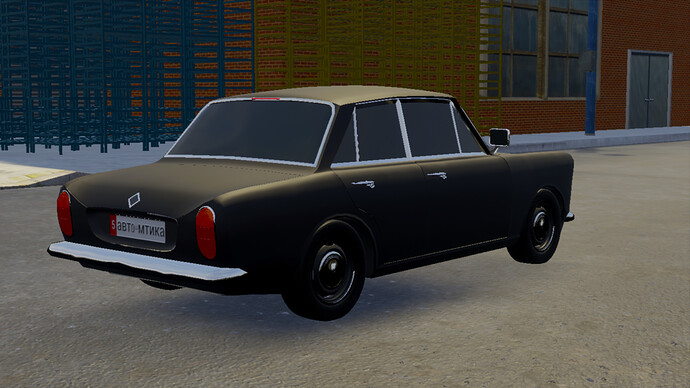 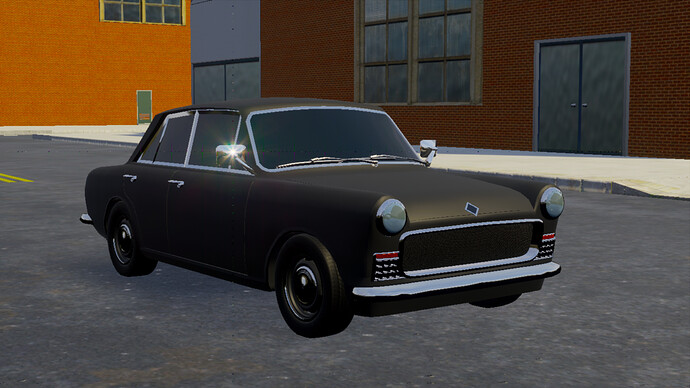 Photo1141920×1080 577 KB
The Securitate made good use of the Avanta, with many dissidents getting stuffed inside the roomy trunk. Most Avantas from its original production run still survive, with the Securitate versions being the most desired. A limited production run of Avantas was made in 2001, all of which sporting a 400 hp V8 and modern(for the time) amenities.
2 Likes
stm316 9 October 2019 19:35 #3

many dissidents getting stuffed inside the roomy trunk

At the same time?

It’s a state secret, so the world may never know

If you have lived in the GDR or a similar political system, it’s hard to consider this funny or entertaining. Not meant as offense.

I didn’t mean to offend anyone. Sorry if I did.

Not me personally, but I know a lot of friends that were tortured in Stasi prisons. The Romanian Sicuretate was not known for being kind. However, if I am allowed to ask: How old are you? If you are under 30, you have no chance to really know how it was to live in a dictatorship in Romania or GDR so I have no, absolutely no reason to accuse you. I do not want to impoison your thread with my history lessons either. Your cars are surely quite interessing and I will follow this thread further. I just want you to be aware of the pain and despair that victims of a secret service suffer. Your designs are still quite simple but designing totally sophisticated cars in Automation is something I myself have not learned totally after more than three years.

I started that so… Sorry.

I was born well after the collapse of the Soviet Union, so I have no clue about how it was like living in a dictatorship, especially during the Cold War. 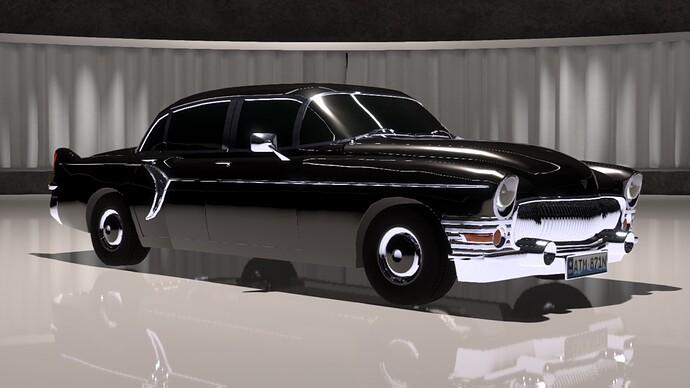 image1920×1080 222 KB
Produced between 1959 and 1980, the C4 Pescarus was a luxury car used for government officials. It started life as a License built version of the GAZ-13 Chaika, using Duroplast panel to lighten the car. 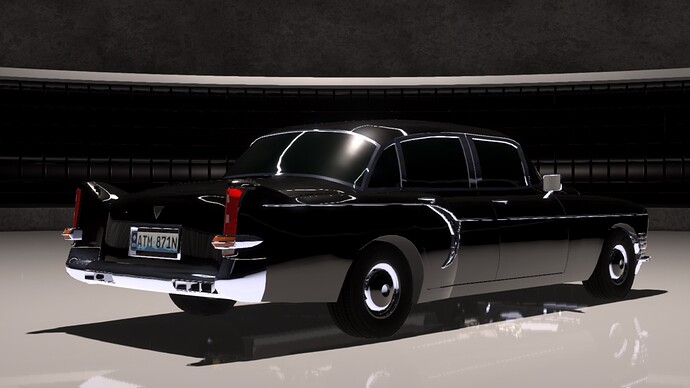 The Pescarus used a 300 hp V8 mated to a 2 speed automatic. It could seat up to 6 people, and came in both sedan and laundlet versions. Although its successor, the BBA-C9 Pescarus, started production in 1976, the C4 Pescarus still continued production alongside it until 1980. Many examples of the C4 Pescarus on the roads are used as heritage taxis, most often within Bucharest or Iasi. 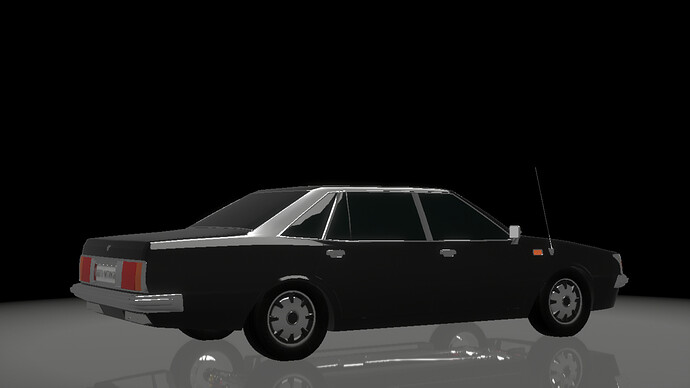 Produced from 1976 until Bucuresti’s first dissolution in 1989, the C9 was a smaller, yet more advanced successor to the C4. 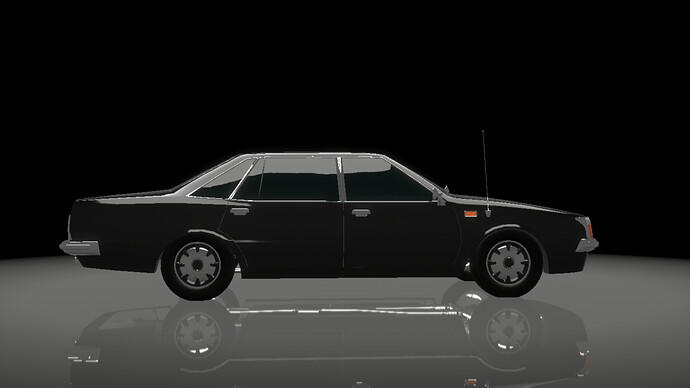 The design was an in house design, taking influence from both Western European luxury cars and the GAZ-14 Chaika, but continuing the use of Duroplast panels from its predecessors. The Western influence was intentional, being one of the first Bucuresti models designed for the export market. The Pescarus donned a new V8, mated to either a 4 speed auto or a 6 speed manual. It can seat 5 people, and came with the option for AWD starting in 1985. 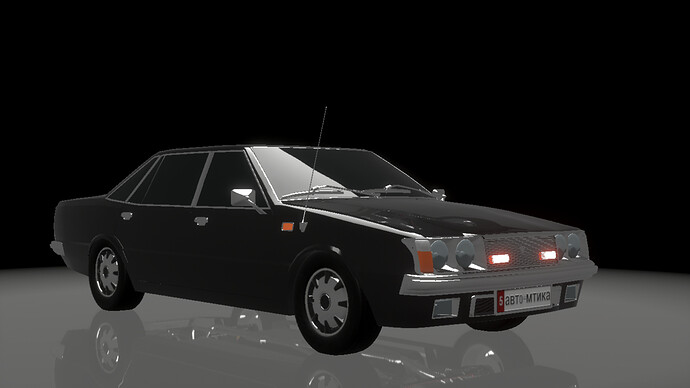 In Romania, the C-9 Pescarus was used by high ranking diplomats, police forces, and taxi drivers. Like a lot of communist cars, it was available in most Communist countries and in Scandinavia. 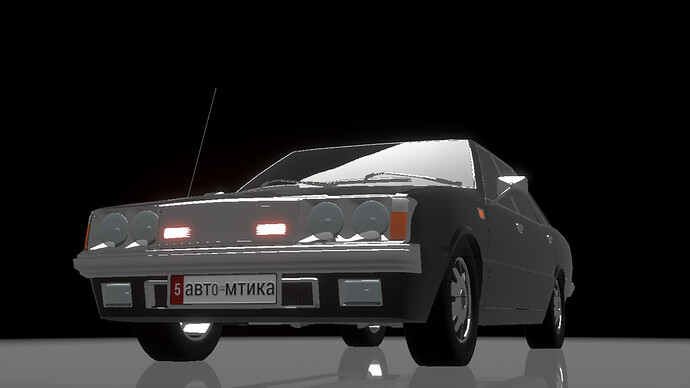 The Pescarus was also exported to Asia, the Americas, and Western Europe. In the Americas and Western Europe, the Pescarus was a modest sales success, competing against the increasing presence of German luxury brands in the market. In Asian markets, especially the then-emergent market of China, it became a sales hit, resulting in multiple Asian exclusive trim options, including a backlit LCD display and cup warmers. After production stopped in 1989, many unsold C9s in other nations were shipped to China as a stopgap to satisfy demand. 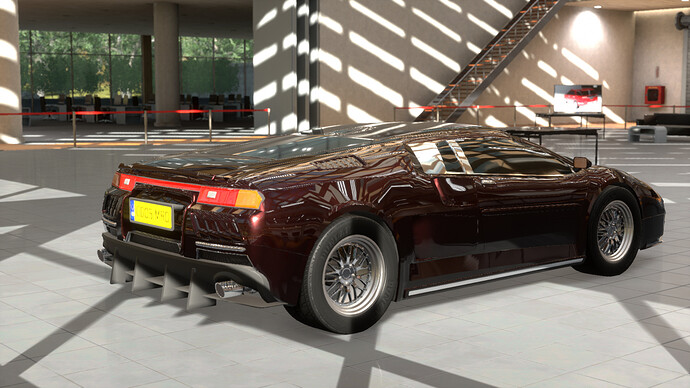 Photo711920×1080 705 KB
The Bucuresti Dracula was the first supercar by Bucuresti. Chosen from a design competition, the I5 in the initial concept was replaced with a 600 HP V8 mated to an AWD system and either a 6 speed auto or a 5 speed manual transmission, both beefed up to manage 220 mph. 0-60 was done in 2.8 seconds, with a top speed of 220 MPH. This made it the fastest production car in the world… until it was beaten just a month later by Innovation, and again by the Mclaren F1. 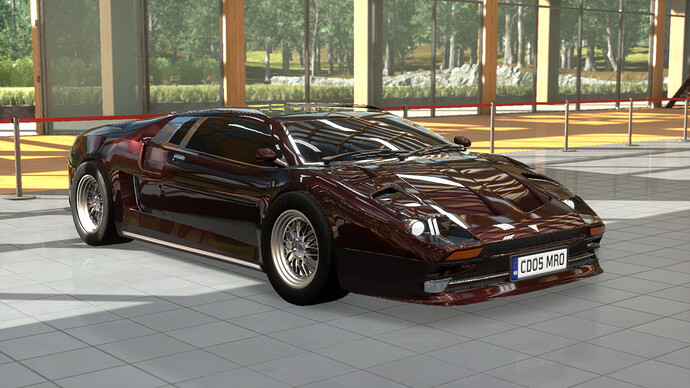 Photo701920×1080 809 KB
In spite of those setbacks, the Dracula catapulted Bucuresti from being an underdog challenger to German and Japanese luxury to a juggernaut in its own right. The Dracula sold 2,388 units over its life cycle, participating in numerous races, music videos, and appeared in many video games. It received a facelift in 2000, before getting replaced with the next generation Dracula.
1 Like
abg7 18 November 2019 04:07 #14

This is the winner of CSC 20, and rightly so. It looks the part and has the performance to match - no wonder it became so (in)famous in the years after its release! 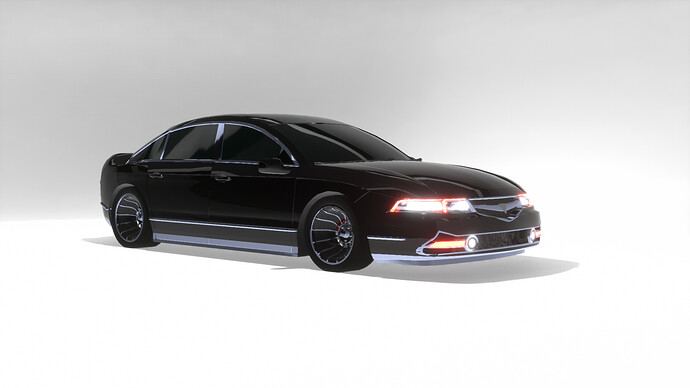 The BAC-9 Pescarus, the fifth version of the nameplate, was made between 2010 and 2019. It was the first car on the Bucuresti Modular Car Chassis(BMCC), which was a modular unibody chassis that allowed for various models to share parts and cut down on parts costs.

The BAC-9 made 450 hp from its V8, with higher trim versions boasting up to 600 hp. It uses an advanced AWD system with a version of torque steer being implemented from 2015 onwards. This was mated to a choice of an 8 speed auto, 6 speed manual, or 7 speed DCT. The BAC-9 continues its use of duroplast, which Bucuresti claims uses recycled plastic and fiber in its creation. This helped lighten the weight of the car considerably, allowing for better overall performance. 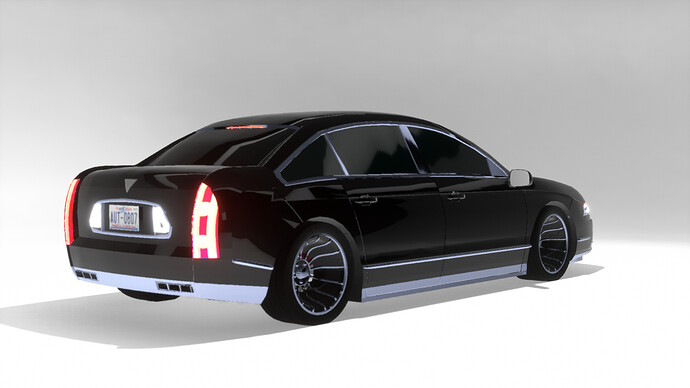 The Pescarus was a darling of car reviews and enthusiasts alike, getting praise for the quality of the transmission options, the driving experience, the comfort, and the performance. However, sales were initially hampered by a combination of bad marketing and the global financial crisis that had hit its worst years in 2012 and 2013. Counting all of the trim levels and the facelift in 2016, the Pescarus sold 1.5 million models over its lifetime, and won Auto Life’s the Car of the Year award in 2017. Production ended in 2019 amidst factory strikes and a worsening global economy, delaying the next Pescarus until 2021.