there are many different challenges here on the forums, but most of them only focus on a small part of car design and engineering or are very subjectively judged by the host - so I thought it was time to try it myself again with a different kind of challenge in order to find the best-selling cars, without relying on Automations market demographics. The challenge will consist of three parts covering aesthetic (Part I) and technical aspects (Part II & III), each of them contributing to the overall score (Part I: 20%, Part II: 50%, Part III: 30%). The second/third part will be revealed after the first/second part is finished and judged. Surprises!

As I said, the judging will not depend on my opinion, but for example the community’s votes, thus I’ll enter a reasonable reference car as well. The scoring system itself will be determined when I know the number of entries.

Basic rule for all parts of the challenge: no meme cars. I’ll disqualify accordingly if necessary. Anything not stated in the rules is open to your interpretation.

Part I: The Eyecatcher

It is the 90s and your company is planning to come back to the british family car market with a new model in the C- or D-segment. The previous model generation has not done well, thus a structured project has been laid out by your supervisors to re-gain as many customers as possible. You will show a concept of the car design to the public at the London Motorfair in 1993 to get a feeling if the public likes it or not.

In a poll, every participant will give a score between 1 and 5 to all entries depending on how they like the design. Try to be fair and consistent in your voting. You will vote for your own car, too, to simplify the judgement. If everybody gives their own car 5 points, this effect will level out over the whole field, so just do it. Only challenge participants are allowed to vote.

In the end, not the star rating is relevant to your Part I score, only the relative rank of the car is relevant. So don’t be afraid to enter a less nice looking car - it might still score a lot of points for this part of the challenge. And there’s the technical parts still coming up!

Send your exported car file (no multiple entries, as usual) in a private message to me with the following naming convention:

Ads are not required, but encouraged in order to build up some awareness in the community about your future moneymaker. 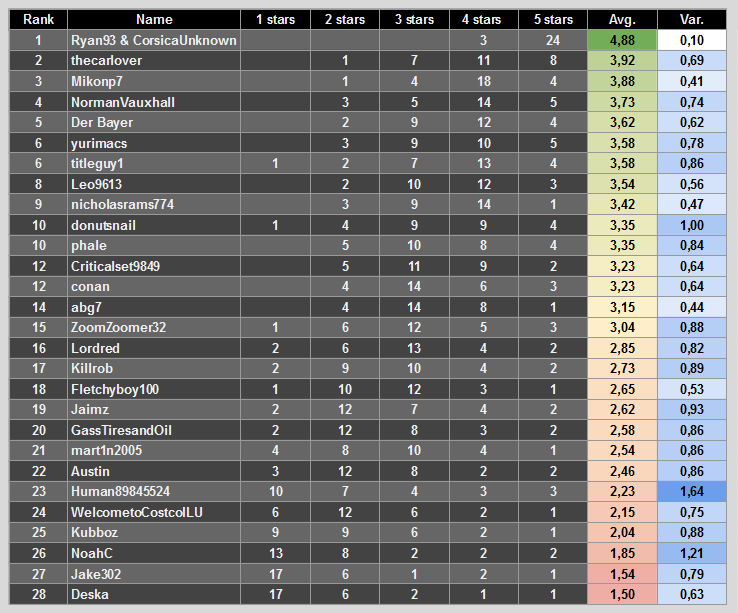 Please note that one 5-star rating for each player is not counted (the vote for yourself), even though shown as a vote in the table. One player (WelcometoCostcoILU) is out of the challenge, due to not voting and not providing a car for Part II.

With the response from the public in the bag it is now time to finalize the new car for the masses! Find a good balance between the car’s capabilities, practicality and cost. Should it be on the cheap, sporty or prestigious side? It’s your choice. The public will decide about your success in the end. Make sure to stay within the development time frame!

Please let me know if there are concerns/questions about the rules.

The following steps need to be done to complete the Part II submission:

The Judging will be done with a poll again - you choose your favourites in a private poll and are not allowed to vote for your own car. 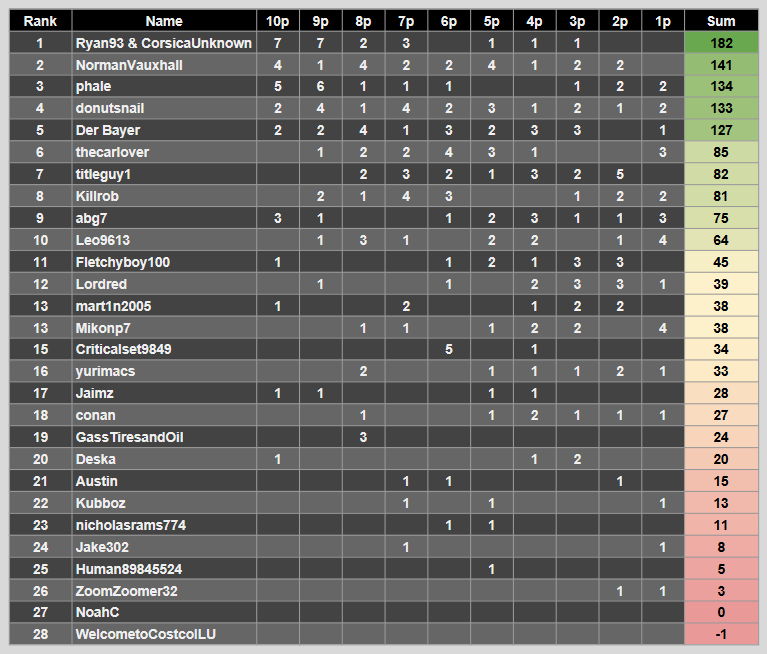 All your major competitors are trying to boost their sales by being successful in the very popular British Touring Car Championship - so it’s a must for you to join as well! Build a Super Touring Homologation Special and prepare it for the races. 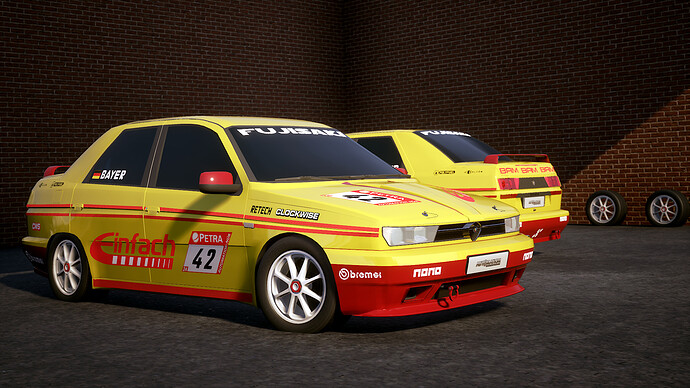 Your car’s score will be determined by its performance in the BRC race simulation compared to the other cars on the following tracks:

Send your exported car file to me with the following naming convention:

Please add your name next to your preferred car number in this list: Google Spreadsheet

Don’t forget to also put it onto your car (although it is not mandatory to do so).

Is that up to 4.2m or over it? As the inspirations cars would be at least 4.5m long

Would a MK1 Vectra (Vauxhall) be better than using a MK3 Cavalier (Vauxhall) as inspiration, as the MK1 Vectra came out in '95 as these are meant to be concepts?

Yes, the Mk3 Cavalier was quite dated - just aim for early to mid 90s design-wise and you’re fine.

Since I have some company lore already established, what year will this car be expected to hit the market? This will affect what brand I submit from.

1994 - so the concept shown at the motor fair should be close to the production model.

Can we submit multiple trim levels as concepts or just 1?

Catalytic converters were mandatory throughout Europe from 1993 onwards, so it makes sense that they will be required here as well.

No, I don’t think I will adjust the rules because of one body. There are plenty to choose from in the given period.

Can we submit multiple trim levels as concepts or just 1?

Catalytic converters were mandatory throughout Europe from 1993 onwards, so it makes sense that they will be required here as well.

There are no technical restrictions for the showcar except the ones I listed. Part I of the challenge is about aesthetics only. 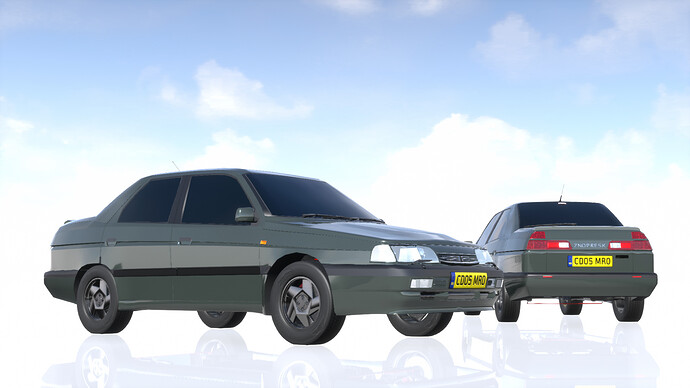 Mk1 Vectra (Vectra A) was a Mk3 Cavalier branded as the Opel Vectra. 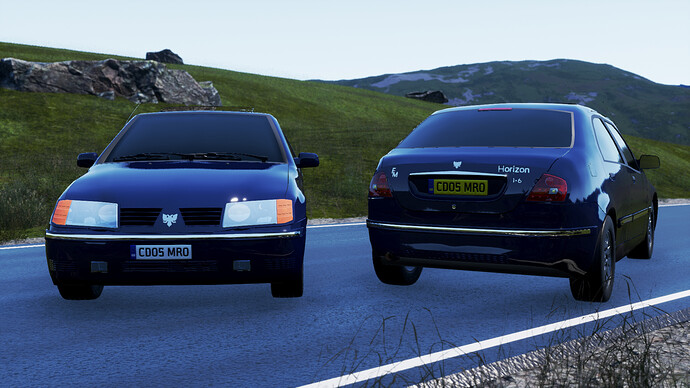 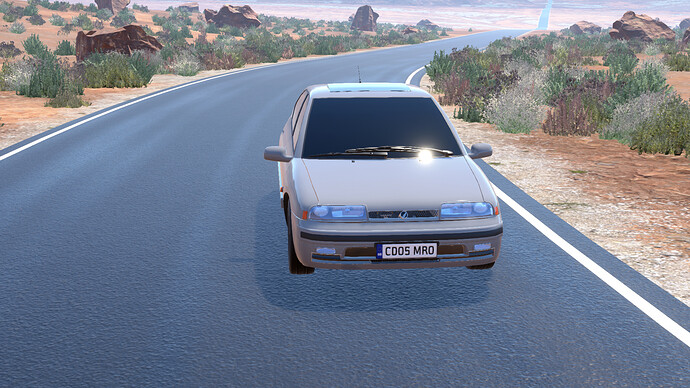 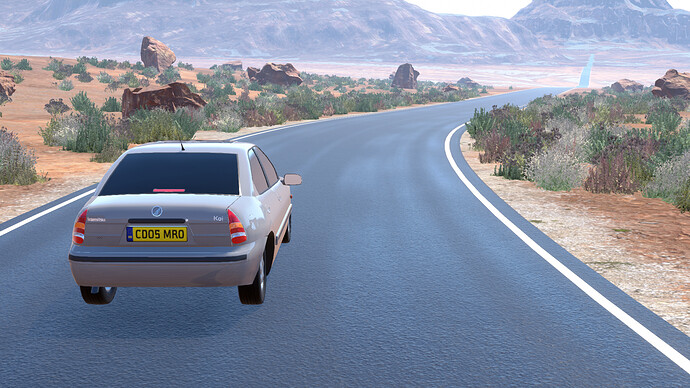 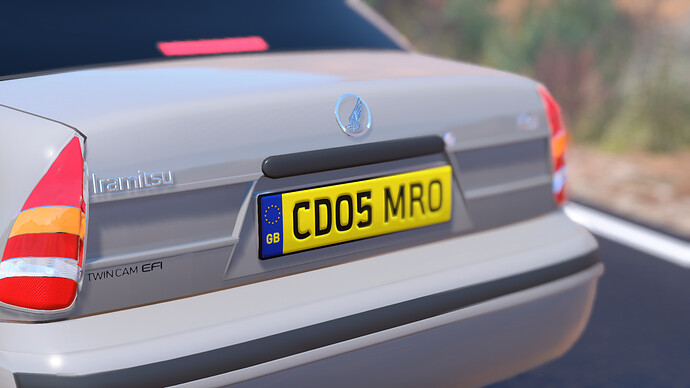 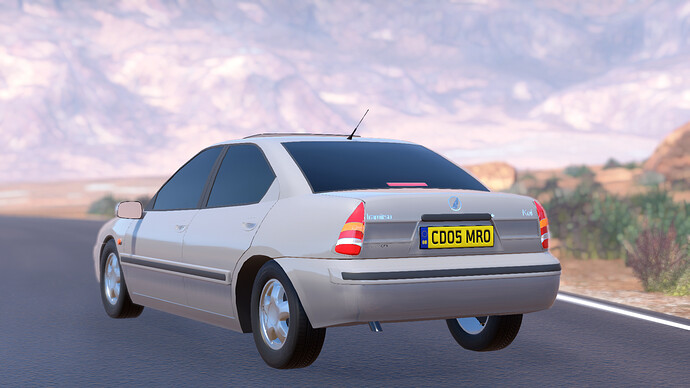 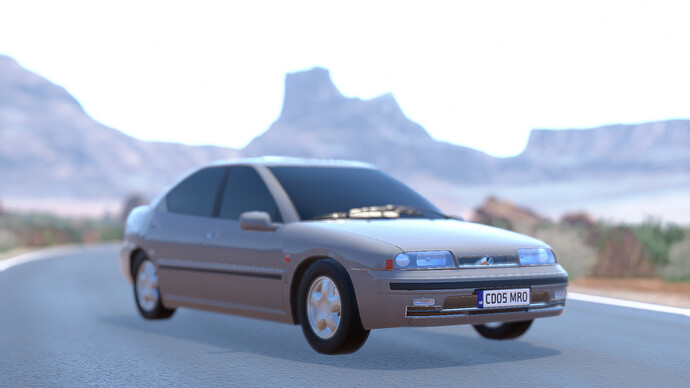 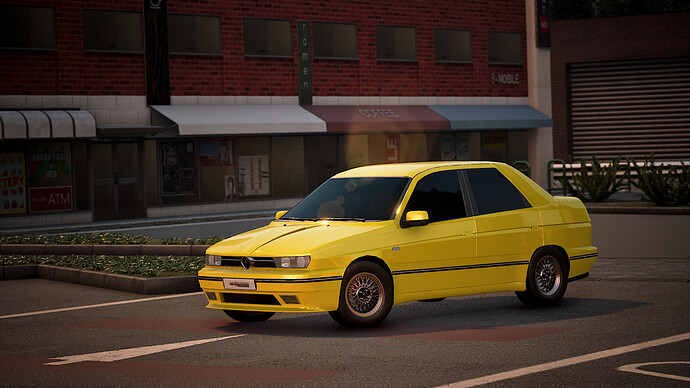 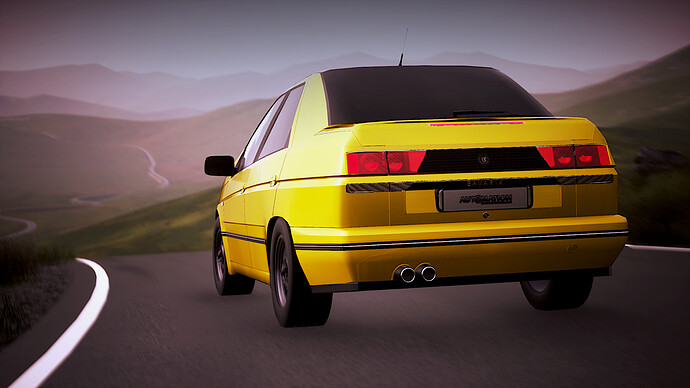 Hence why I used said Vauxhall, not Opel. Makes you wonder though, why Opel dropped the Ascona name.

Are modded car bodies allowed or is it only the base vanilla bodies?

Mod bodies and mods in general are allowed. Please make sure to not select something completely broken though (I saw one with 1L interior space for example).

In addition to that: Please let me know if you think a specific mod (body or fixtures) is potentially cheaty and I’ll ban its use. I have not tried all the options myself, so if you know of anything I should be aware of, just give me a hint.