Not everthing is final things some things could change. 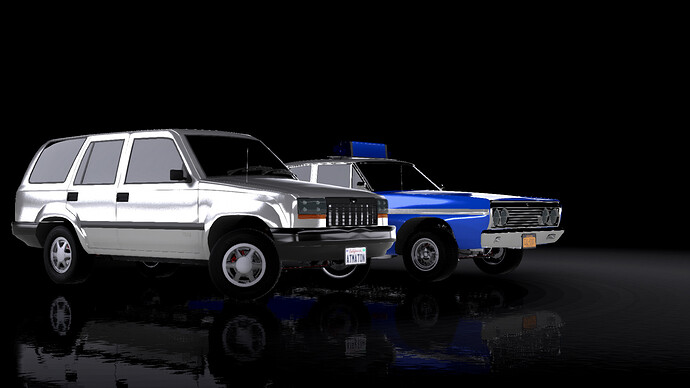 Buffalo is Flint based Mass-Market Automaker Founded in 1909 By Charles Lin. They Found Success by mass-producing cars and by the 1920s they were largest automaker in US,They soon started getting into Motorsports with Buffalo R124 race car,By mid 1990s there were starting to lose a ton of money per year and soon filed for Chapter 11 Bankruptcy in 2008,Since then they been gaining more money per year 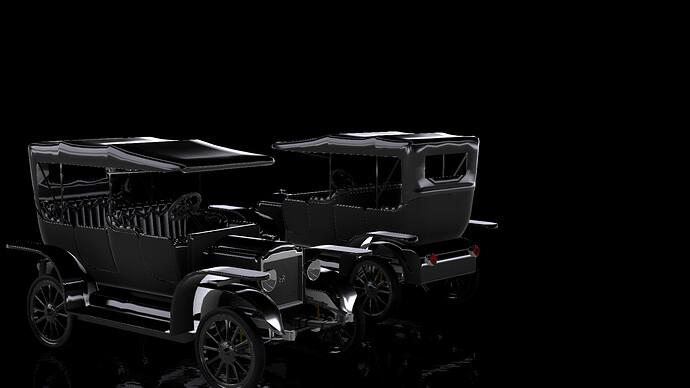 ‘‘The start of a great automaker’’

Buffalo first mass market car was made in 1909 and stayed and some successors it until 1930.

Powertrain
3.0 I4 ‘‘Flathead’’
While the engine was basic it was very durable and was one of best engines at time it could easly be used to deliver loads
The 3 speed was planetary gear and was also very good

Features
To make everything as cheap as possible there was no electric starter or even a oil gauge. 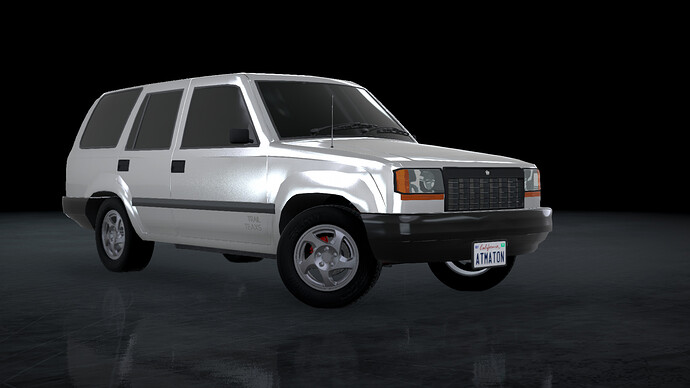 Photo1411920×1080 317 KB
1992-1994 Buffalo Trail (W100) King of SUV'S
It 1992 Buffalo was starting to have mass lawsuits filed on them they need to come with way to surive the 1990s SUV'S Were Booming at the time the problem they have no idea what to use the money for they had the Commander but the problem with that the car was very old at the time so they devloped a smaller and more family SUV called the Trail
Buffalo want to start right way with the the Engine would be shared with most Buffalo's of that era the WL1 V6 which was very good engine for it day and V8 for top tier model's.

The car came in different trims the base model 2.5L L and 5 Door Verison Later in 93 the Mid-Range LS 3.0L/4.5L V8 The Top Tier Texas with 4.5L V8 the X16 Offroad Package and SST
The L was base model and Only model to come with 3 Door it had air conditioning,manual seats,vinyl upholstery with some cloth and plastic everywhere Engine options were limited to only the naturally aspirated 2.5L W1L V6 that a whooping 110HP and 133 lb-ft and was as available in either RWD or AWD with only a 5 speed manual and basic Cassette tape
The 5 Door model was launched in 1993 and some more stuff such as cloth upholstery,Anti locking brakes,a choice between a 4 Speed Automatic or 5 Speed Manual.
The LS was intermediate/medium level trim had leather upholstery with maple bits scattered around the interior, as well as 15" alloy wheels Engine options were either the 3.0L WL1 V6 or 4.5L V8 that will talk about later Drivetrain options were either RWD or AWD and could be paired with either a 4-speed automatic or a 5-speed manual.
The Fully Load ‘Texas’ trim was available with a heated steering wheel, even more refined leather upholstery, wood lined door panels, suspension tuned for better comfort and 16" alloy wheels.
Other features standard were; Console-mounted 6-disc CD changer, 4-wheel anti-lock disc brakes, traction control,adjustable cruise control and heads up display
Other optional features were lockable front and rear differentials, power moonroof and leather 2nd row seats
it came with S100 V8 which was 4.5L V8 Making 217HP and 262 lb-ft of torque

The X16 was rare package launched in 1993, for those who desired more offroad performance. The interior was stripped of any other amenities deemed “useless” for offroading,and the suspension was tuned for maximum performance. Extra offroad equipment such as roofrack were also made.

The SST was launched in end of 1993 as final model it was even more stripped doing 0-60 in 6.8 secs it was one of fastest SUV’s of it time the engine had no extra tuning,the suspension was tuned for maximum performance. 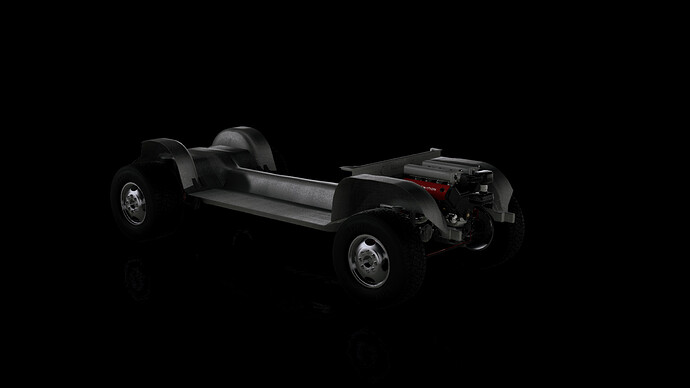 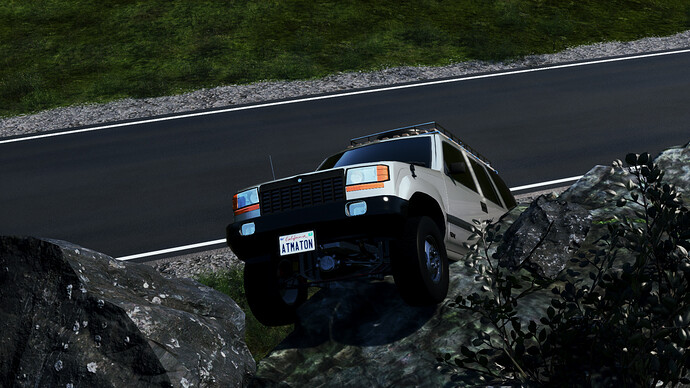 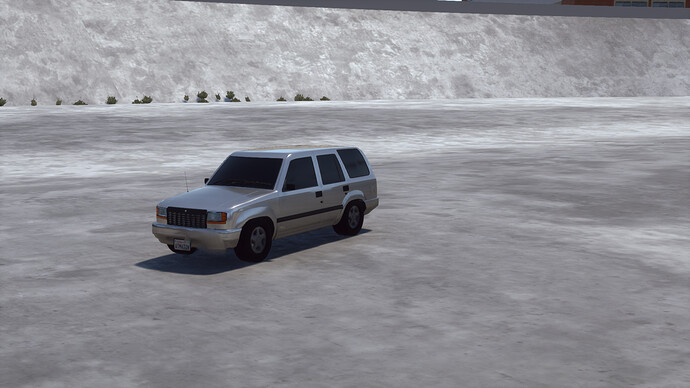 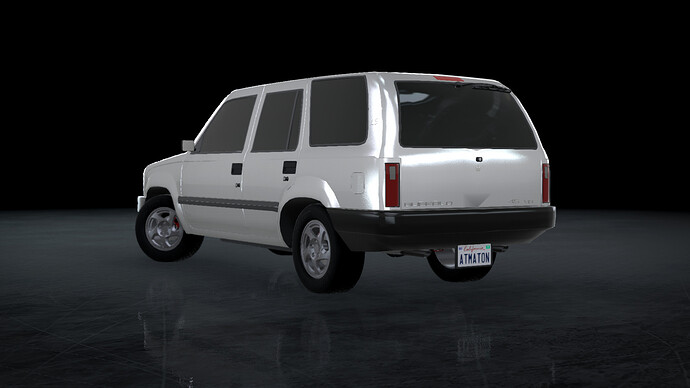 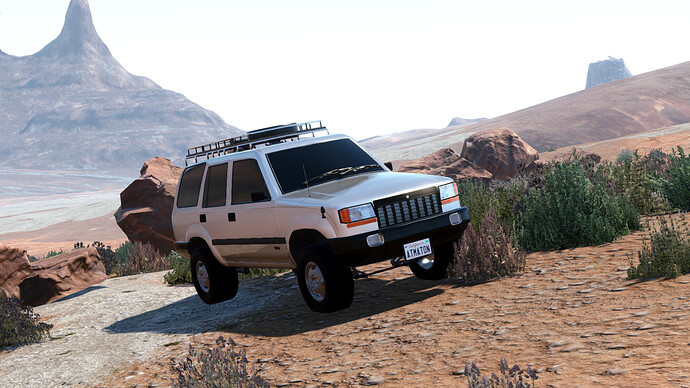 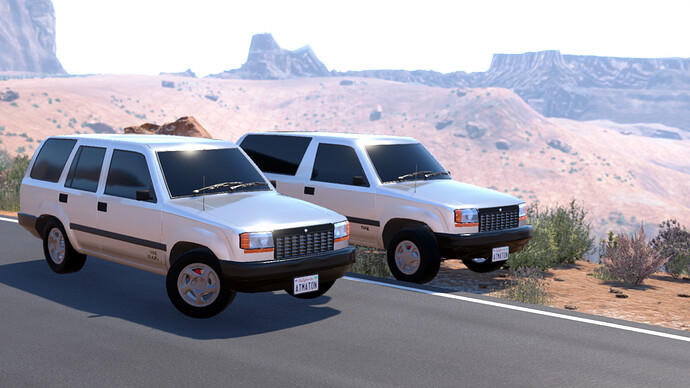 As far as performance variants are concerned, that would have been most likely to be true of the SST - there were not as many high-performance SUVs at the time, which would have made it a tempting proposition indeed. 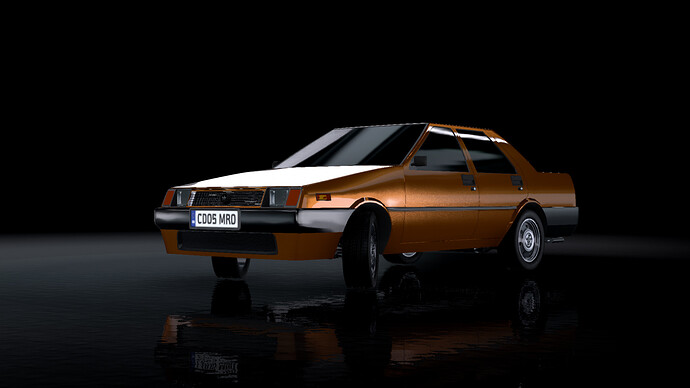 Photo1541920×1080 257 KB
It's the 80s Buffalo Euro division was looking to make a new Mid-sized car using a brand new FWD layout they started working on it soon a working prototype was ready for 1982 Paris Auto Show and thus the Europa was born
Buffalo first started by using a 1.6L Mehid I4 which by then was 40 years old by updating to use unleaded fuel and Transverse engine layout and FWD it made a 79HP The car came in different trims the base model GL it came in Wagon or sedan body later in 83 the Mid-Range GLT was made with more features and then at end in 1985 the Top Tier LX and sporty Cosworth S and Rare SST and SSTI with many more trims planned during it run. The cheapest model is L it came only with Basic 8 Track and basic A/C,3 Gauges,Cheap steels wheels and vinyl wrapped seat's engine choices were 1.6L Mehid I4 or later 1.7L Mehid I4 safety was basic with very basic power steering a wagon version came around later with 3 rows of seating very few were sold with this choice and came with 4 speed manual with some models come with 3 speed automatic and auto-drive system The intermediate/medium level trim GLT came with more feature like air conditioning,manual seats,vinyl upholstery with some cloth and plastic everywhere Engine options were 1.6L I4 and came with 4 Speed manual or 3 speed automatic with more full 4 gauges like the GL it came in wagon choice with 3 rows of seats. The LX was top tier trim launched at the end of production in 1985 sadly it didn't came with more features but had 15" alloy wheels unlike other models it had no wagon it also had only 1.7L I4 With EFI. Around 1983 the Cosworth S was made with C2000P I4 which made 80HP not much but good for 0-60 in 11.7 secs it had a lot of features for lightweight. in 1984 a very rare choice was made in small number's called SST it had Korna I5 Which was 2.2L I5 making 194HP using a Turbocharger with a 0-60 time of 5.95s and top speed of 129MPH only 500 were made for the whole world The mostpowerful planned trim ever was SSTI which would had 303HP and be able to reach 151MPH and the same 0-60 to time. 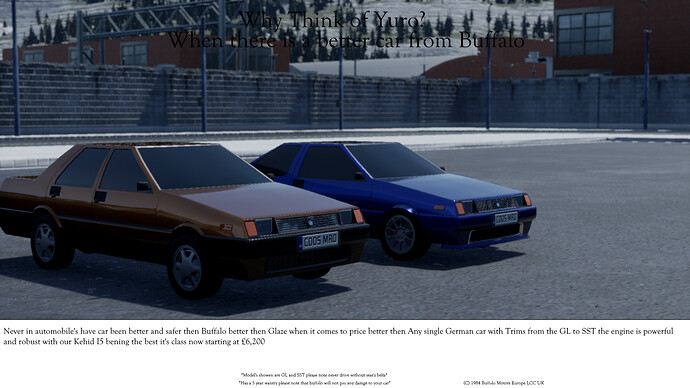 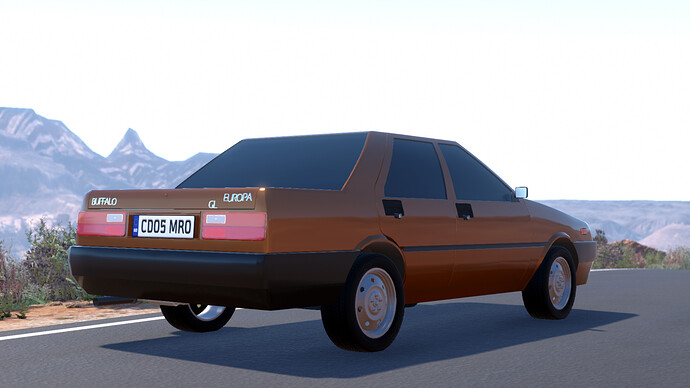 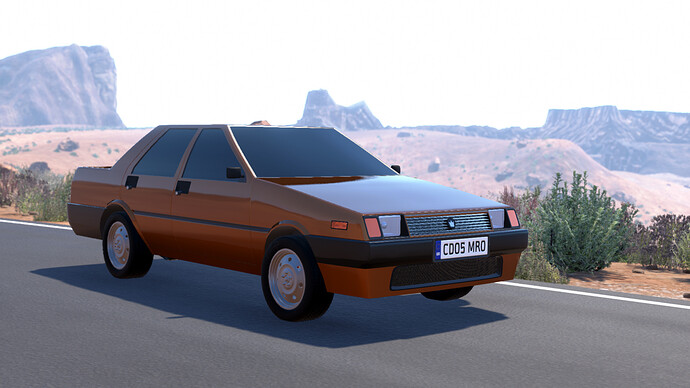 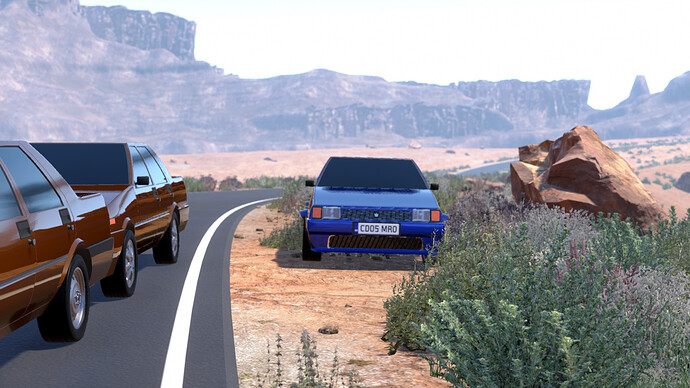 this old one will be archive