Cars Heavier in BeamNG Than Automation

So I designed a car in Automation that weighs ~1640kg… 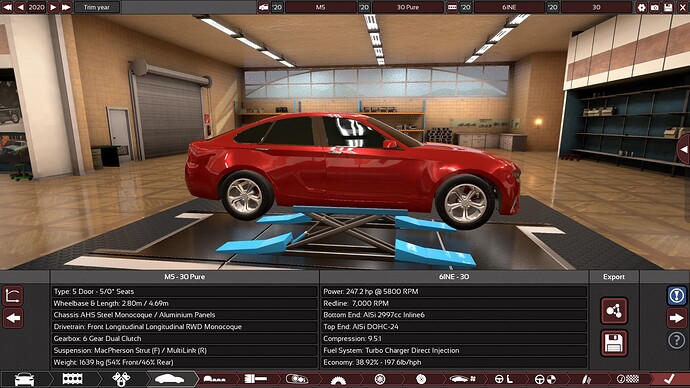 … but in BeamNG, on the weight pad, the car is significantly heavier. 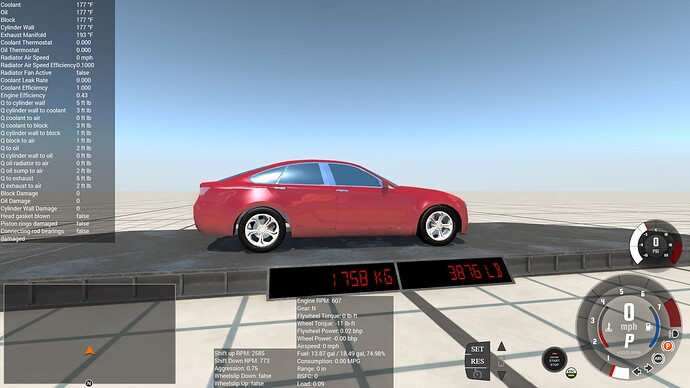 That’s a 120kg increase in weight. What makes for such an increase? Is that weight difference accounted for by adding in the weight of fluids and a driver in BeamNG?

If you have 50 odd litres of fuel onboard (and you do) that would make sense, 80kg is the standard weight assumed for a driver.

It can also be fixtures which in Automation are weightless, but not in BeamNG. It doesn’t looks like a car with a lot of fixtures though, so it might indeed be fuel and driver

@Killrob
Fuel doesn’t actually add weight in Beamng if I’m not mistaken, so that couldn’t be a possiblity

Does fuel weigh anything in beamNG?

I read somewhere it didn’t have weight in Beam, I guess I was mistaken

Yeah, you and @strop were convinced of that, but with my competitions, I found differently.
Also in the beam files, you have different entries for fuel, diesel and electricity, and they influence weight.

Hm! Could have changed recently. I’ll go put something on the scales tonight.

By the way most automation fixtures weigh 0.2kg by default if I’m reading the files right. Which somewhat explains why my 350 something fixture cars seem significantly heavier than they should be…