Founded in 1972 “CPV” is a in house tuning company of Centauri Motor works, at first Just putting out high performance engines for existing models and special order crate engines CPV expanded to include special tuned versions of cars sold under the Centauri Badge name, finally Thanks to the large following and success of our hard work we have developed our own unique car platform. 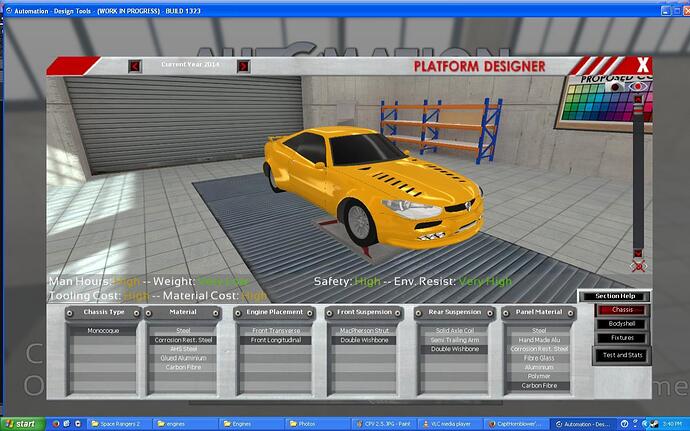 This platform is equip-able with a wide range of performance engines, all with at least 21 mpg and a 40,000 mile warranty. Power is routed in each car through a double clutched 6-speed, RWD configuration. 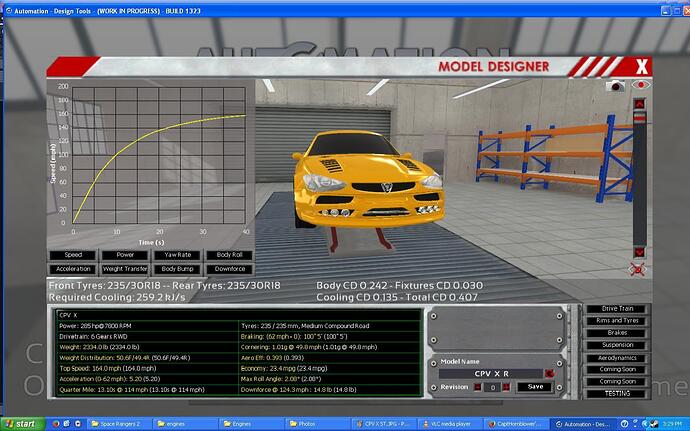 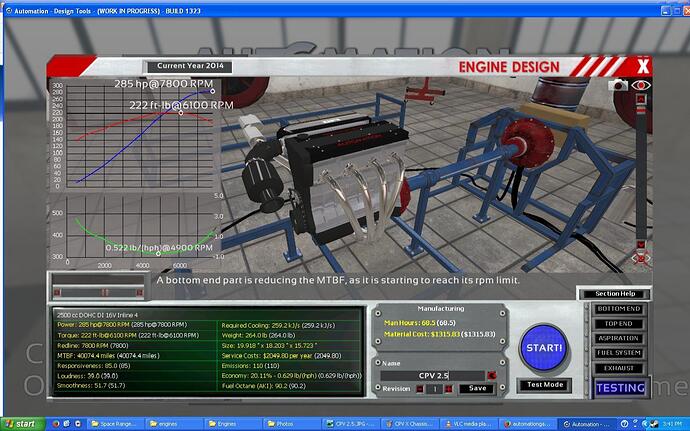 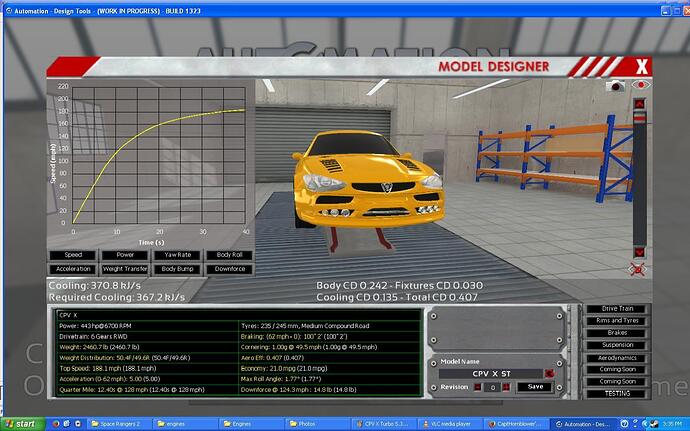 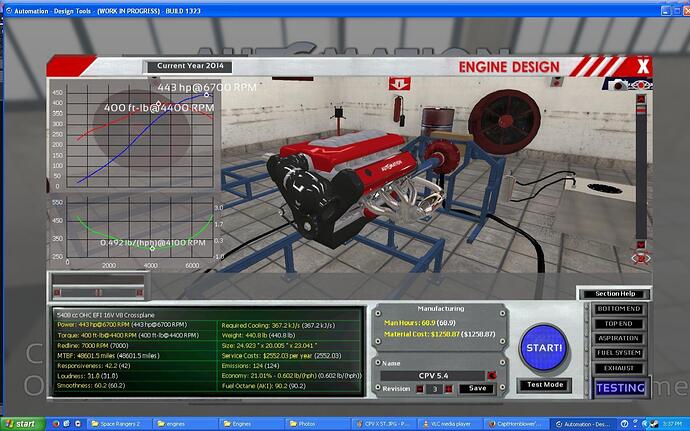 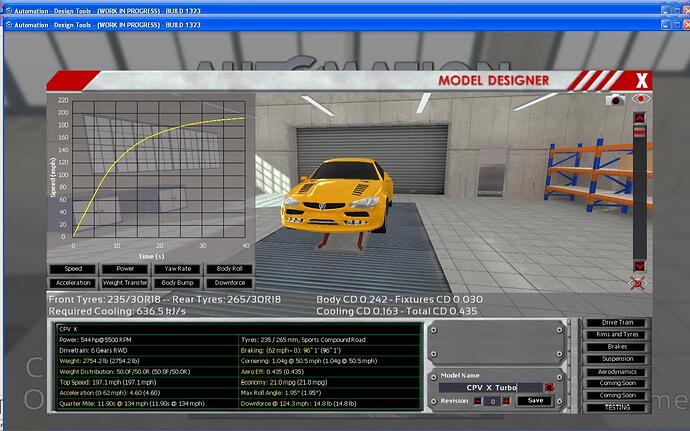 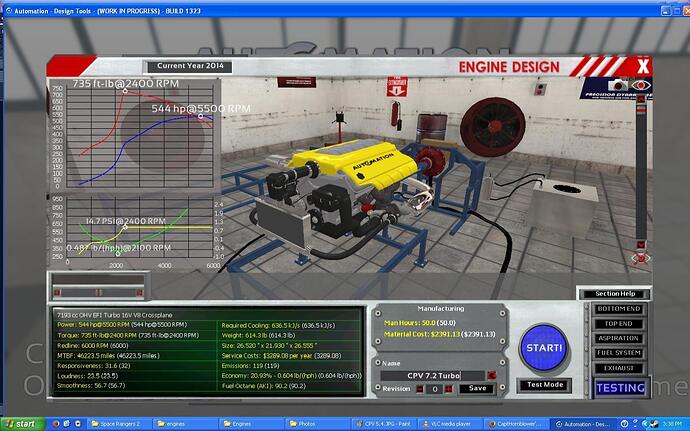 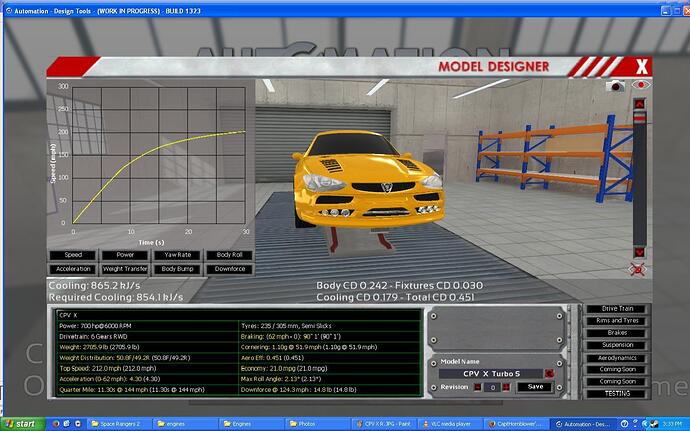 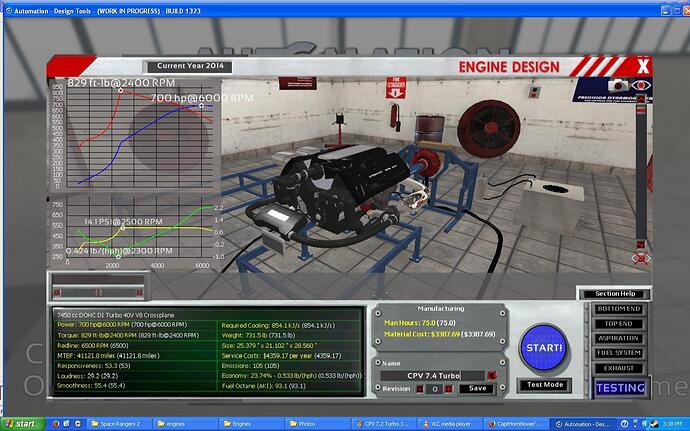 A Look back at our first tuning effort, It was 1972 just before the new government emission and fuel regulations went into effect, we were tasked with creating the final rendition of the famous Aries 427 racing motor and fitting it to a street-able car. The existing Centauri Marauder became our platform, already a solid car with a racing pedigree in Trans-AM we were able to squeeze in a modified 427 motor into it, and the results were spectacular.

The car the Centauri Marauder 427 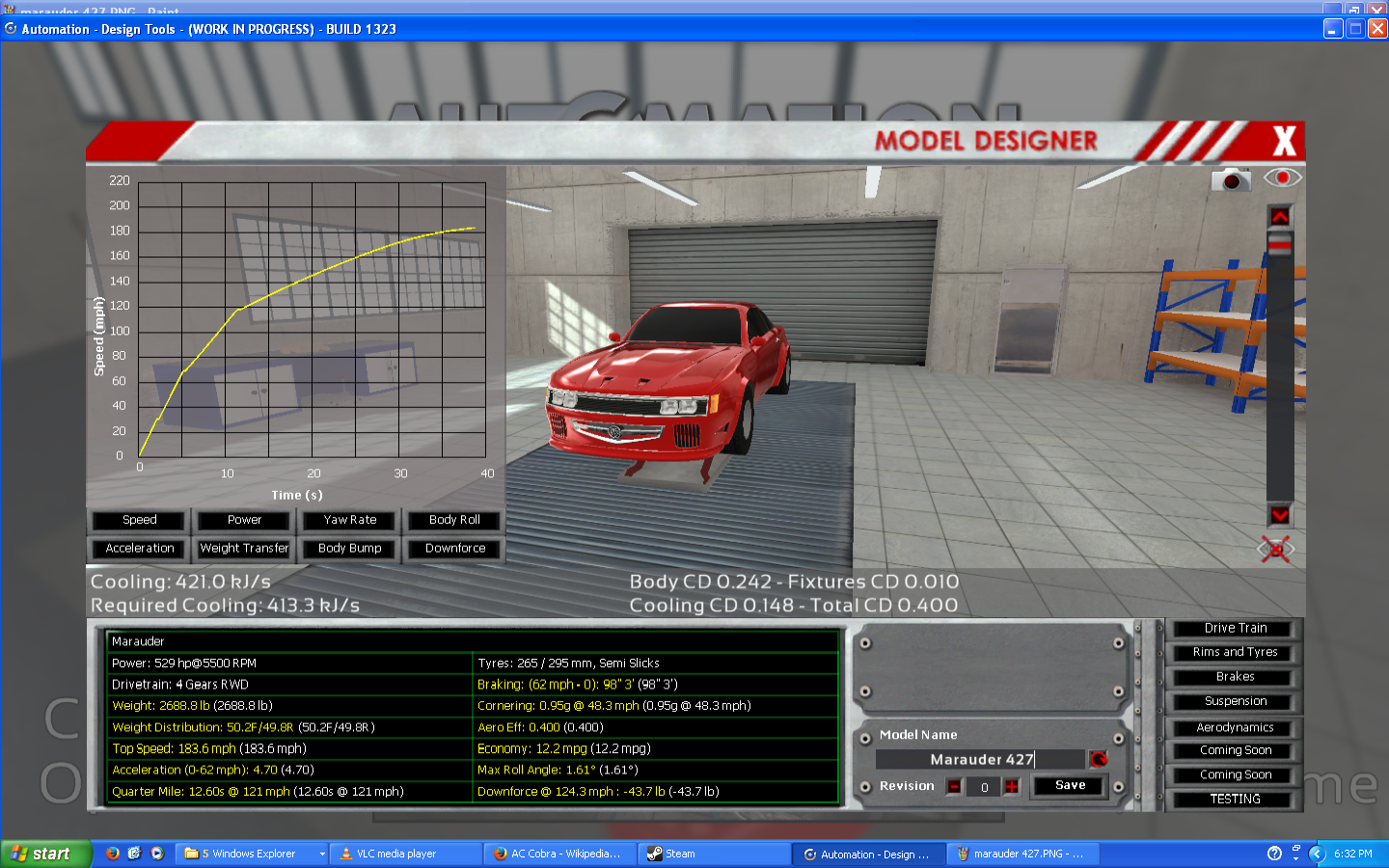 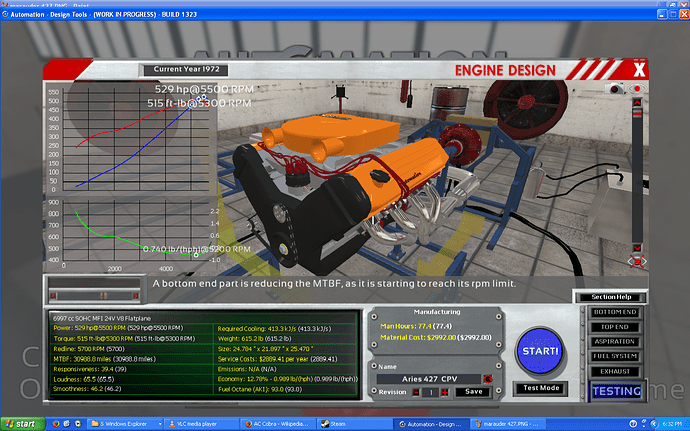 Although sold as a standard Centauri, the 1992 “Omega” was heavily influenced by the engineers at CPV. Designed to be a “Domestic Exotic” this mid engined sports car had a distinctive 4 barrel exhaust tip, a stripped interior, light weight aluminum and steel body and a 5 speed manual, these cars came with very few options to preserve the delicate weight balance. Offered in two trim levels, standard and GT, the only difference was the tune of the engine and strength of the clutch, however both still run on 90 AKI premium gas. 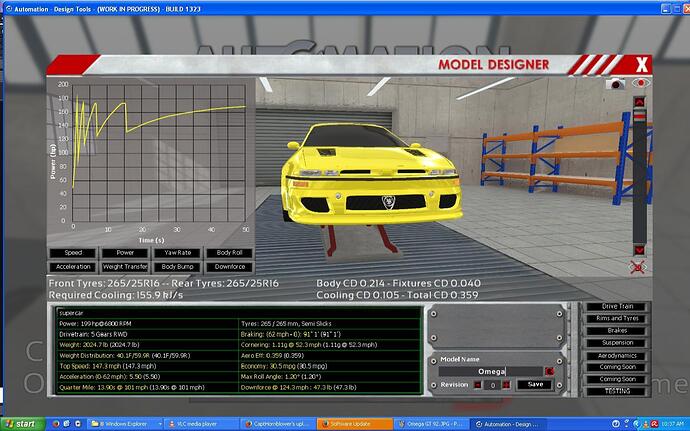 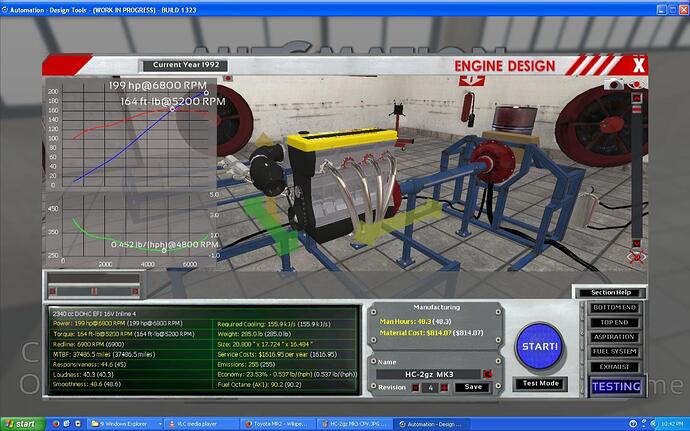 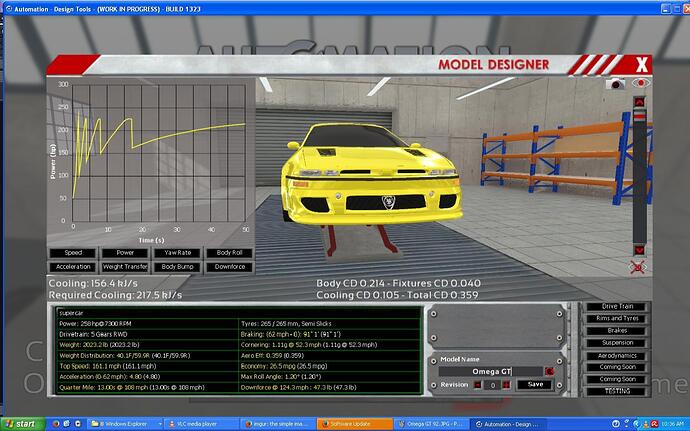 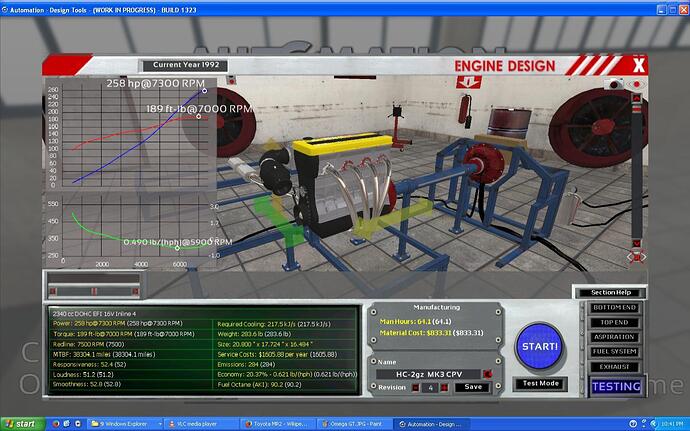 You make extaoridinary vehicles, nialloftara. Everyone of them seems to be a supercar or hypercar, but with (what I would assume) a reasonable price tag. Well done, bro.

that last one was quite fun to build, all the engines I use are based on the Centauri engines I’ve been building so they aren’t high cost racing units. I try to build platforms that make the best use of them but I’ve still got a lot to learn.

Here’s a fun little Golf R competitor, with it’s ladder frame and a relatively inexpensive engine we are hoping to undercut the Golf by a few thousand dollars while still offering premium interior, entertainment, safety, and a high level of sound insulation. With 255 hp on tap and a wide torque band from it’s BRC inspired 1.8 liter turbo, this lightweight coupe is able to run the quarter mile in 13 seconds flat while still getting 40mpg on the highway. the CPV ExS will be in showrooms near you soon. 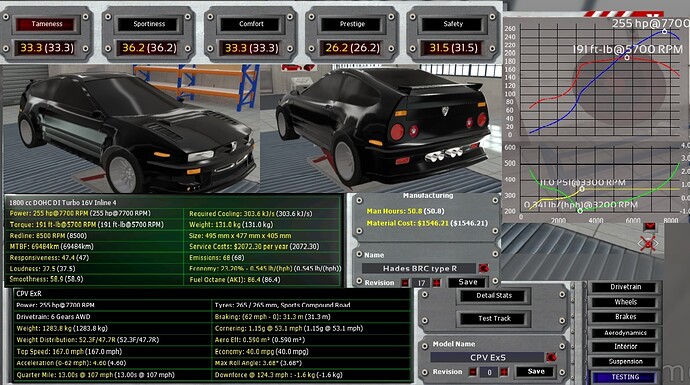 Love the front of the Golf R competitor (weird name tho

Thanks, I love using that body style, even if it’s not really current. The model name is Economic, cross torque or X torque (what I’m thinking of calling my company’s all wheel drive system), Sport or ExS, The platform is the Economic X torque Revolution and has up to 700 cooling available as I’m thinking of making a super sport model, maybe with a small displacement turbo 8 and look for the low end supercar market.