So I’ve been lurking on the forums now for the past 4 years or so and have never actually made a post. Thought about doing one in the past but chickened out because the internet is scary and I can’t write so good.
Some of you may know me from the Discord server; I’m not exactly a regular but I’m not as shy there as maybe I am here.

Anyway, I’ll try and keep this brief (apologies if A) it isn’t brief and B) my grammar or spelling is bad; for some reason proof reading just isn’t in my nature).

For the past year and a half my daily driver has been this (seen below), 2003 Citroen Xsara 2.0HDi SX 110 (snappy I know). If you want specifics, I believe it runs on the DW10 ATED/RHZ engine, although I’ve never actually confirmed that, and has a standard 5 speed manual. 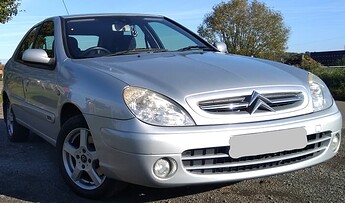 I bought it on roughly 106,000 miles/170.600km for £900/€1100/$1130 (technically traded in my previous 2009 Peugeot 207 Verve for it but I like to pretend that car never happened) and have put enough miles on the car to consider myself comfortable with it (it’s now sitting on roughly 124,000 miles/199.550km).
It’s had two previous owners before me (hence I am the third) and the last guy looked after it like it was some kinda Rolls-Royce Not complaining, just wasn’t expecting so much love and care to be given to it as most of these are kinda abused.

It needs some work - because old - there’s some cluncking when releasing the clutch with the wheels turned, general squeaks, a bit of a clunky gearchange, and a noisy release bearing (I think), as well as just some general odds and sods like sorting out some really small dents/stone chips, sorting out the front headlight discolouration and whatever else I feel needs doing. Need to look at the engine temp readout too as it never seems to get above 1/4… christ maybe this thing needs some work lmao (please feel free to let me know what you think is causing some of these issues - I’m no mechanic so any help/advice is greatly appreciated)
Have another pic to help break up this wall of text. 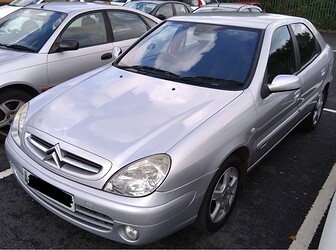 Another picture because text can be boring (sorrrrrryyyyyybutnotreally) 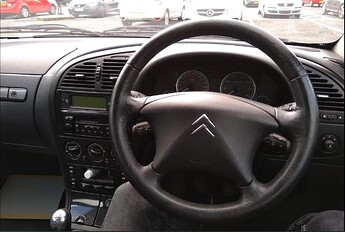 Interior the day I bought the car1278×861 94.8 KB
Please ignore my long legs, but if you’re wondering what that file is, it’s the cars history (it’s very extensive) and that bottle below the HVAC? It’s a bottle of touch-up paint the previous owner provided for me.

I don’t plan on getting rid any time soon, as far as I’m currently aware, I actually intend to keep it until I just don’t need it. Planning on possibly doing my CBT soon to try and get a bike of some description, but that’s more of a pipe-dream than anything (bike be expensive) so my pushbike will have to do for now for small journeys around my town.

So yeah, I’ll try and keep whoever the heck reads this in the loop if and when I do anything “My Ride” related, but until then… uhhhhhhhhhhhhh, thank you for reading, I hope I didn’t put you to sleep, and look after yourself.

Don’t know if I can answer about engine stuff in here but the first check would go to the fan. Does the radiator fan turns up? If it does it’s the dial that’s wrong if not does the needle climbs to the average mark if the car stays stationnary? If so It can be the thermostat locked open otherwise it could be the temp sensor…

Otherwise be careful with the camber of the rear wheels.If it’s obvious the rear torsion bar assembly should be replaced and it’s not a simple job. Every PSA car of the era 205/106/306/Xsara/Saxo/Berlingo etc… are concerned.

The fan - to the best of my knowledge doesn’t switch on. Yes, the needle does climb to the average mark if stationary whilst the engine is on. I did have a feeling it was the temp sensor, but I don’t have the time to check for another month yet (just uni stuff so it won’t be driven a lot), but as soon as I get chance I will be working on the car.

And yeah, I am aware of the rear suspension, thankfully in all the documentation, the previous owner did buy and fit a new rear axle. I don’t have it to hand but that’s at least what I believe he replaced.
Currently it all looks very straight, but I’m tempted to take it to a Citroen Specialist in the summer just for complete piece of mind, and of course I’ll be keeping my eye on it all.

Agian, many thanks, I’ll certianly take what you’ve said into consideration