Is the (idea behind) the affordable new car on its last legs?

It’s finally happened - Ford is finally axing the Fiesta (a hitherto perennial best-selling supermini) next year after 50 years of production, and this coming after the recent announcement that the larger Focus will also be phased out soon after that is as heartbreaking as it is unsurprising: 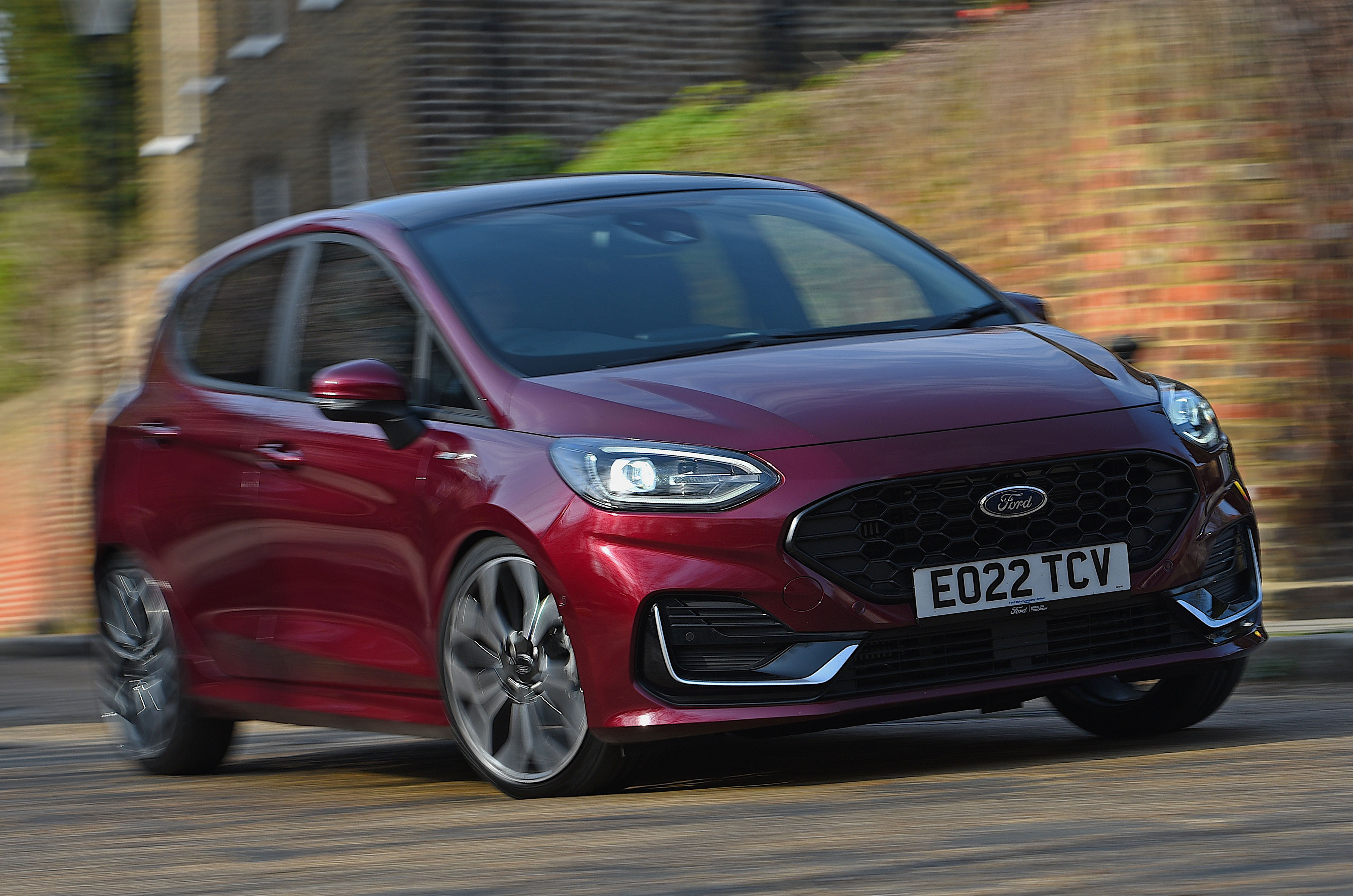 Confirmed: Ford Fiesta to be axed in 2023 | Autocar

The wider implications of this decision are frightening: it’s not just the affordable new car (in any segment, especially superminis and city cars), but also the idea behind it, that could be on its last legs: 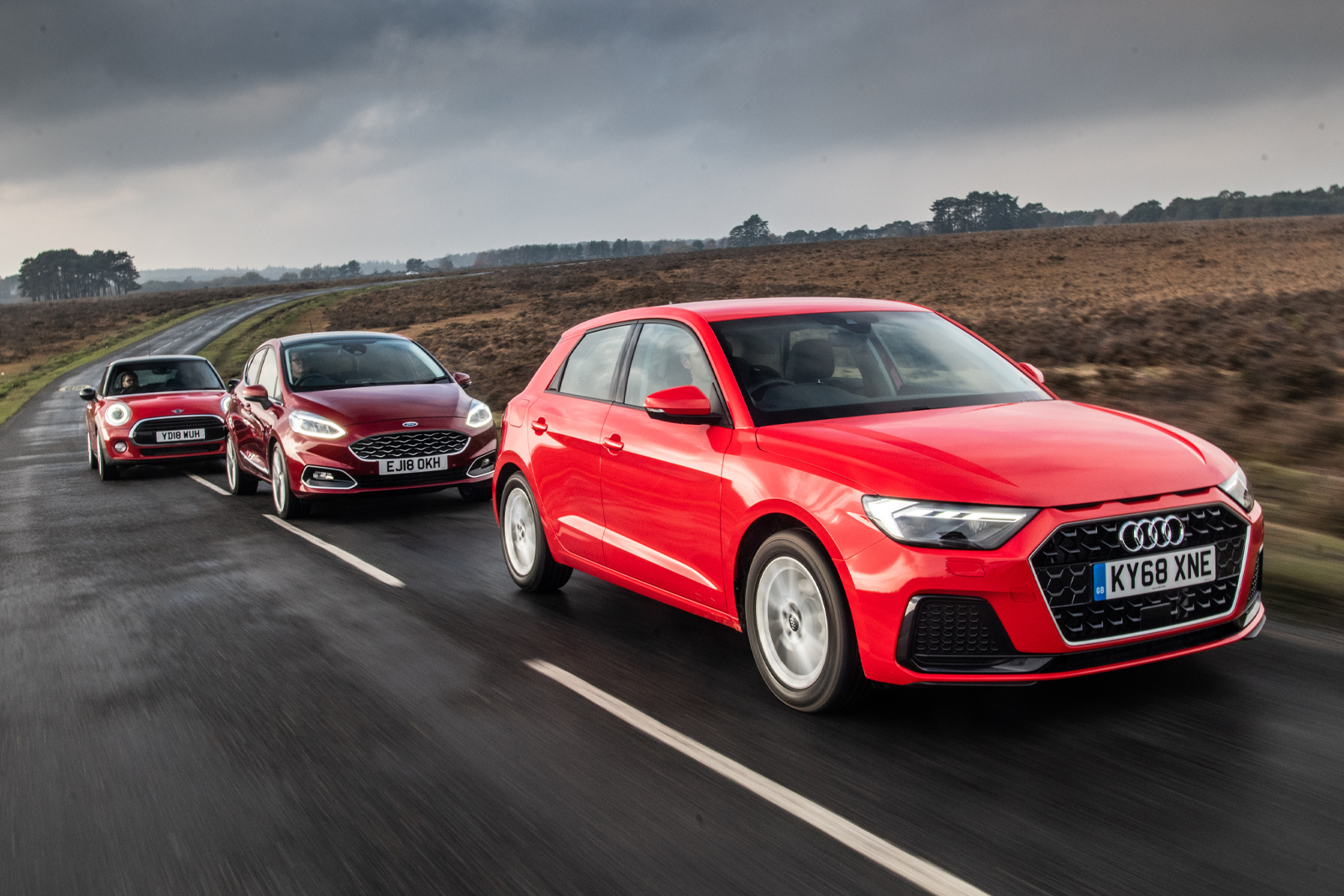 Even larger cars are not immune to the mass contraction of the non-SUV market: mass-market D-segment cars are a dying breed, replaced by (usually) German premium equivalents with more cachet, but predictably higher prices:

The family saloon is about to die | GRR

A good example of this is the Ford Mondeo, which went from a global best-seller much like the Focus and Fiesta to being limited solely to China as of its current generation - and even that is not guaranteed to be replaced:

All this has left me almost completely disillusioned with the new vehicle market, especially in the more affordable sectors where pickings are becoming increasingly slim, although happily there are a few exceptions:

With such a wide range of new cars available, very few are actually very exciting…

Nevertheless, the result of years, decades even, of “SUV-ification” of the new vehicle market has made me less and less interested in all but the most expensive offerings - supercars, hypercars, and top-end luxury cars (Ferraris, Lamborghinis, McLarens, Aston Martins, Bentleys, Porsches, Mercedes-AMGs, BMW M cars, etc.), most (if not all) of which are really good (or even great), but require vast amounts of money (and in some cases, a good reputation in the eyes of the manufacturer) to buy and own, as the link below shows:

This is reflected in the increasing average price for a new car, which could (will?) reach $50,000 for the first time ever a few years from now: 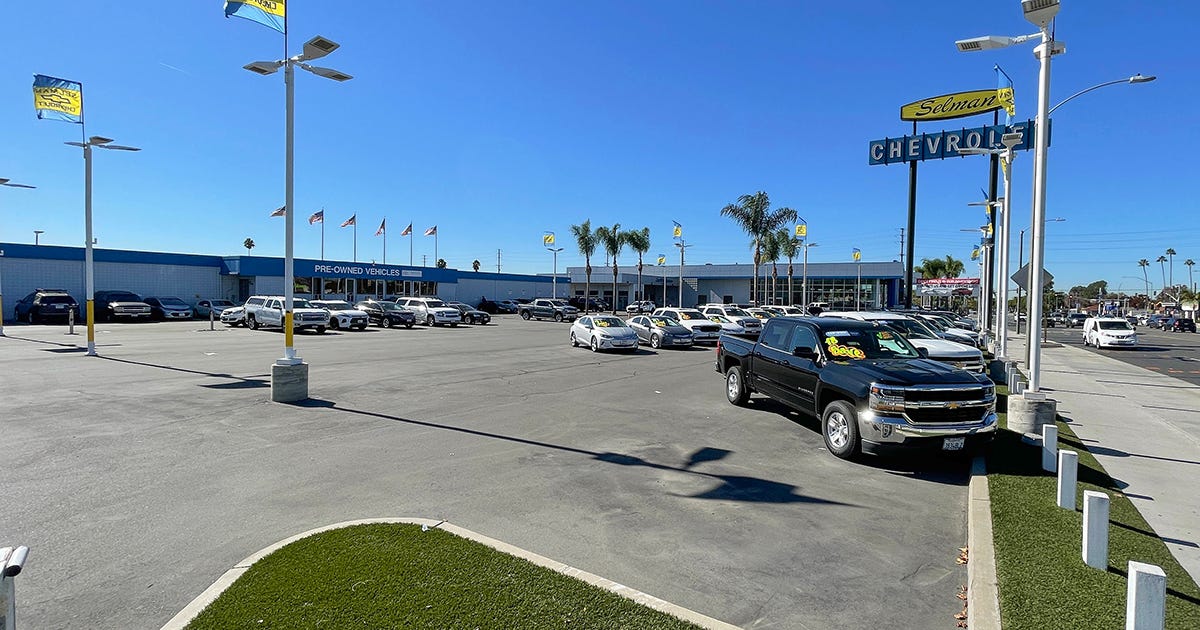 Average new car prices are close to $50,000 as inventory shortages drag on

Worse yet, used cars are also suffering from price rises - even affordable performance cars from 10-15 years ago are commanding higher prices than they used to:

And this is affecting the grassroots motorsports scene as well - fewer and fewer new performance cars (except for higher-end sports cars and supercars) are considered desirable (or even suitable) by the amateur racer, while pre-built race cars have almost completely replaced converted road cars at most levels of competition:

We Are Running Out of Cars for Club Racing and Autocrossing

The dominance of the crossover means fewer new cars that can be built into amateur or semi-pro race cars. And that's a shame.

It all has to do with 'spanks.'

A further side-effect of this is that many trackday drivers are increasingly tempted to throw themselves into the deep end by hitting the track for the first time in a proper supercar or even a hypercar, when in fact doing so is highly inadvisable: 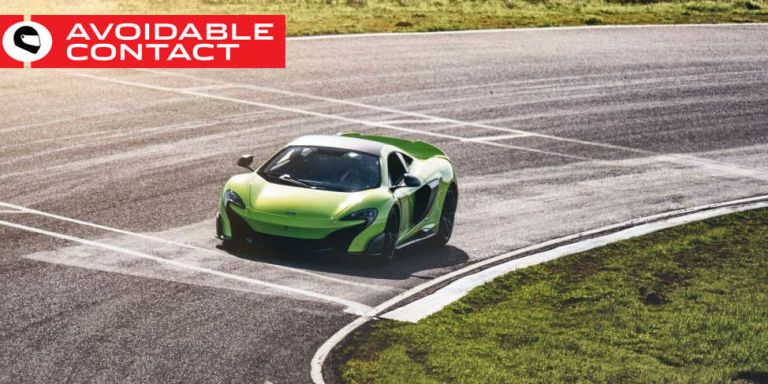 "Slow car fast" is a tired, hackneyed phrase. But there are some things that are just easier to learn in a slow car.

So what do you think about the slow lingering death (to paraphrase an old video game from decades ago) of the mass-market passenger car? Was it going to happen at some point, and can it be stopped? Please let me know.

Supply and demand are huge factors. I suspect the used market will open up dramatically as people continue to drop. Availability of parts may become a problem, as so many factories were shuttered and I doubt they are coming back. Clif High sees a massive wave of scavenging, especially larger rigs, because vital parts will be a real issue, like the u-joint couplings and other critical bits. He’s basically never wrong because the resource used to make the prediction is, well, us.

So, it actually gets pretty gritty. The “powers that were” wanted those that survived their reset attempts and four horsemen of the apocalypse (especially the clotshot) attempts to “eat ze bugs” and travel extremely sparingly, and when traveling be taxed, fined, and coerced into expense oblivion. All while “they” hop on Gulfstream jets and burn fuel at a rate a small Fiesta could consume in a lifetime. However, it will not succeed, I have seen the future, I’m sure many awake here have as well. We’re taking it a different path and it will be rough making the changeup. But I recommend looking at this exact thread in about 6 months to a years time to witness the revelations at hand. In a years time or perhaps two or three, you may very well be flying in your own affordable flying car or some other thing we haven’t even seen yet. And “affordable” means something entirely different when the shackles are off. Wait and see, flying car mod expected soon in Automation to keep up.

I personally have thought about the expenses not of the car itself, but all the other things needed. So much is just money laundering in other ways to say it. Insurance, Registration, etc. Cars

Well, when it comes to cheap “disposable” cars (yes, I am harsh now, so don’t take it literally, lol), I guess the chinese will take over sooner or later.

The european brands are probably not going to cope with that competition, it will not be economically viable, the question is if the japanese or even the korean will be able to do it actually.

Not as much sensitive in the higher end of the market I guess. Nobody is going for some unknown chinese alternative instead of a Mercedes S-class for economical reasons, but instead of a Ford Fiesta? I guess that’s completely viable in many cases.

“the margins are just too thin on traditional cars, prices of which have crept ever upwards, due to the legislative burden placed on car makers.”

Bravo, bravo, triple bravo for the European Union, accompanied by whoever designs the emission laws in the US. There they promoted, well, TRUCKS for a long time as the default transportation, on this side of the pond they promoted heavy and expensive cars - well, duh, guess what, light and affordable cars aren’t gonna make it! Who would’ve thought, dammit!

Edit:
“and raise questions about whether the average CO2 emissions of Europe’s car parc can drop at the rate it needs to as people are forced into staying in their current cars or into used ones as they simply can’t afford the higher costs of EVs”

Quadruple bravo, performed with a whip.

Related to the above, all of this has left the door open for hitherto unknown Chinese manufacturers to claim vast amounts of market share that once belonged to Western, Japanese and Korean competitors:

Chinese cars are about to become mainstream | GRR

The Asian automotive onslaught began at the Paris Motor Show…

When you combine the Chinese onslaught on Western markets with legislative pressures around the world, suddenly the future of many of the world’s more established manufacturers of today becomes far less certain - a similar situation to that which occurred at the dawn of the 20th century, where many manufacturers, some of which had decades of history behind them, fell by the wayside because they could not keep up with contemporary trends:

If this trend continues, their presence in Western markets could make (almost) all car manufacturing in Europe totally unviable by the end of the decade, with few (if any) exceptions, most (if not all) of which will be ultra-exclusive, low-volume, stratospherically priced products.

Used cars will definitely be the go to for most people for the forseeable future. I predict people will be forced to hold onto their existing ones for longer as well, and preventative maintenance might finally come across more people’s minds again.

I don’t personally trust the idea of these brand new Chinese cars, although many Chinese companies bought the rights and tooling to old cars from other countries. I’d be much more open to an older model with a newer engine or an updated version of an old engine (for example they continued to produce the J30A5 that my Accord has well after USDM, JDM, and EUDM production ended) than a clean slate design. That may be the new route for cheap new cars, keeping older models in production longer, kinda like the idea behind companies like Lada and other eastern European automakers.

A wise man once told me…
in his opinion, “ownership” is what’s changing. A shift towards a lease structure could be the replacement. Leasing a car could become the primary method of having your own transport. The key to this being every few years, you get to replace it, as still being owned by the factory, it just gets sent back for recycle/refurbishment/re-issue. To add more fun to that, with the rise of autonomous cars, it would simply take itself back and the new one would be ordered. It would be a lot like having a chauffeur, without needing to pay for one. This would make the manufacturers also the service providers.
Obviously, the well-to-do would get the best cars first, and we could pretend “trickle-down” is a good idea, but, ultimately, once a car is at end-of-service, it could be either scrapped or discarded outside city limits, beyond the guard stations and patrols, where those-we-ignore can make use of the parts. Filthy savages. Car, take me home.

Another side-effect of the lack of truly cheap new cars is that new drivers will need to spend more on a new vehicle, both upfront and through their insurance payments: 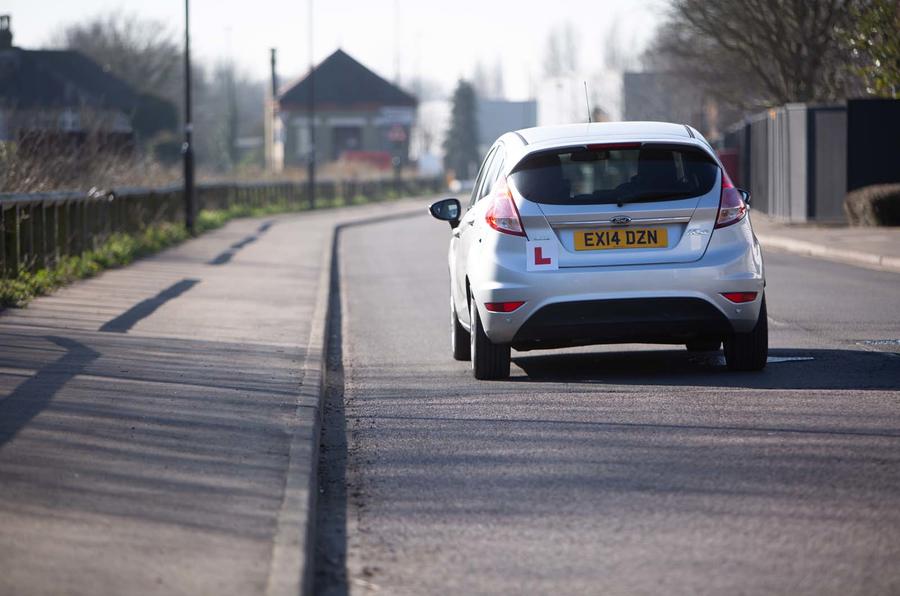 As manufacturers struggle to justify making cheap A and B-segment models, what will learners and new licence holders drive in future?

Moreover, these customers would have to re-learn how to drive from scratch if their first car was a pure battery electric vehicle.

Autonomous cars aren’t happening. At least not for a considerable time and definitely not at scale. Massive economic downturn is going to mean throwing money at these autonomous research companies is a luxury that can no longer be afforded and the likely trend of declining populations is a further incentive against investing in it.

You mean the people that said “You will own nothing, and you will be happy”? I predict a massive reversal of fortune where this does NOT happen, but it will take each and every one of us to say “NO”.

No. I mean my dad. He’s not a fan of the idea, but, he arrived at that conclusion by himself.
It can’t be all bad, anyway. Ever watched Star Trek. Apparently they own nothing, and get goverment supplied travel.

I read all the articles linked in the thread and it seemed that according to these articles new cars would be really expensive. But I went on Ford website and it says 2022 Ford Mustang $27,470 MSRP, which is a lot less than the $50,000 new car price that it said in one of the articles, so idk.