The CMW Group is a large, multinational manufacturing conglomerate headquartered jointly in Koblenz, Germany and Hamilton, Canada. Caan Motoren Werke, named after the tiny village of Caan, was founded in 1921 by Klaus Mauer, Ulrich Wirth and Wilhelm Eberhart, three aeronautical engineers who found themselves out of work following the Treaty of Versailles. CMW found success early on designing and building aircraft engines, but they found themselves struggling to make ends meet in the heavily restricted aviation industry and crippled economy of interwar Germany. It was decided, in 1926, that Mauer and Wirth would move to Canada to establish a foothold in the booming aviation industry in North America.

Back in Germany, CMW continued on with engine and airframe design, but also began to branch out into cars and motorcycles, finding success almost immediately with the 1927 Eberhart-CMW S50, A small, four-seat family car that proved to be functional, practical and relatively fun to drive all at the same time. In Canada, CMW had made a name for themselves virtually overnight, winning the Bendix Cup air race in 1931, and successfully defended their title five of the next six years. A string of high-performance transport and fighter aircraft followed, pushing aircraft performance ever further with each subsequent design.

In 1933, Eberhart, a staunch progressive, found himself on the wrong side of the new regime, and spent the next eighteen months surreptitiously winding up the company’s operations in Germany. Sending key personnel and equipment to Canada, CMW’s operations would continue solely in Canada until 1946, when they were requested by the British and French governments to return to Germany. In a rather cagey move, CMW began hiring large numbers of engineers in Germany, now out of work following the war, and put them to use developing new cars and aircraft, with limited automotive production resuming in 1949 in Germany. This decision to return to Germany set the precedent for the advanced technologies that put CMW on the map, and set the tone for the company’s culture going forward.

Today, the CMW Group continues to be at the forefront of the automotive and aviation industries, with wide-ranging holdings that cover virtually the entire transportation sector:

The CMW Group’s other business units include: 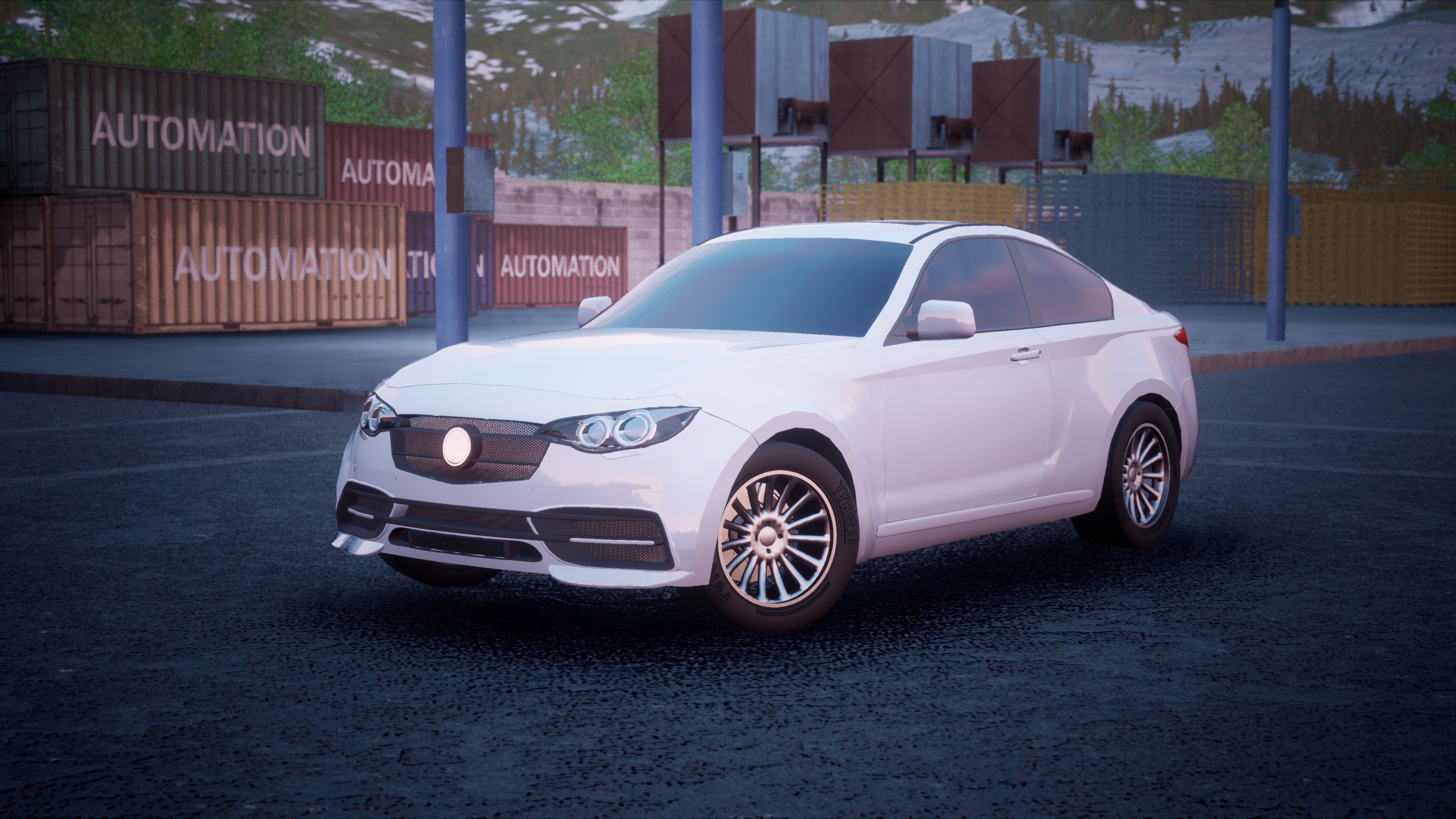 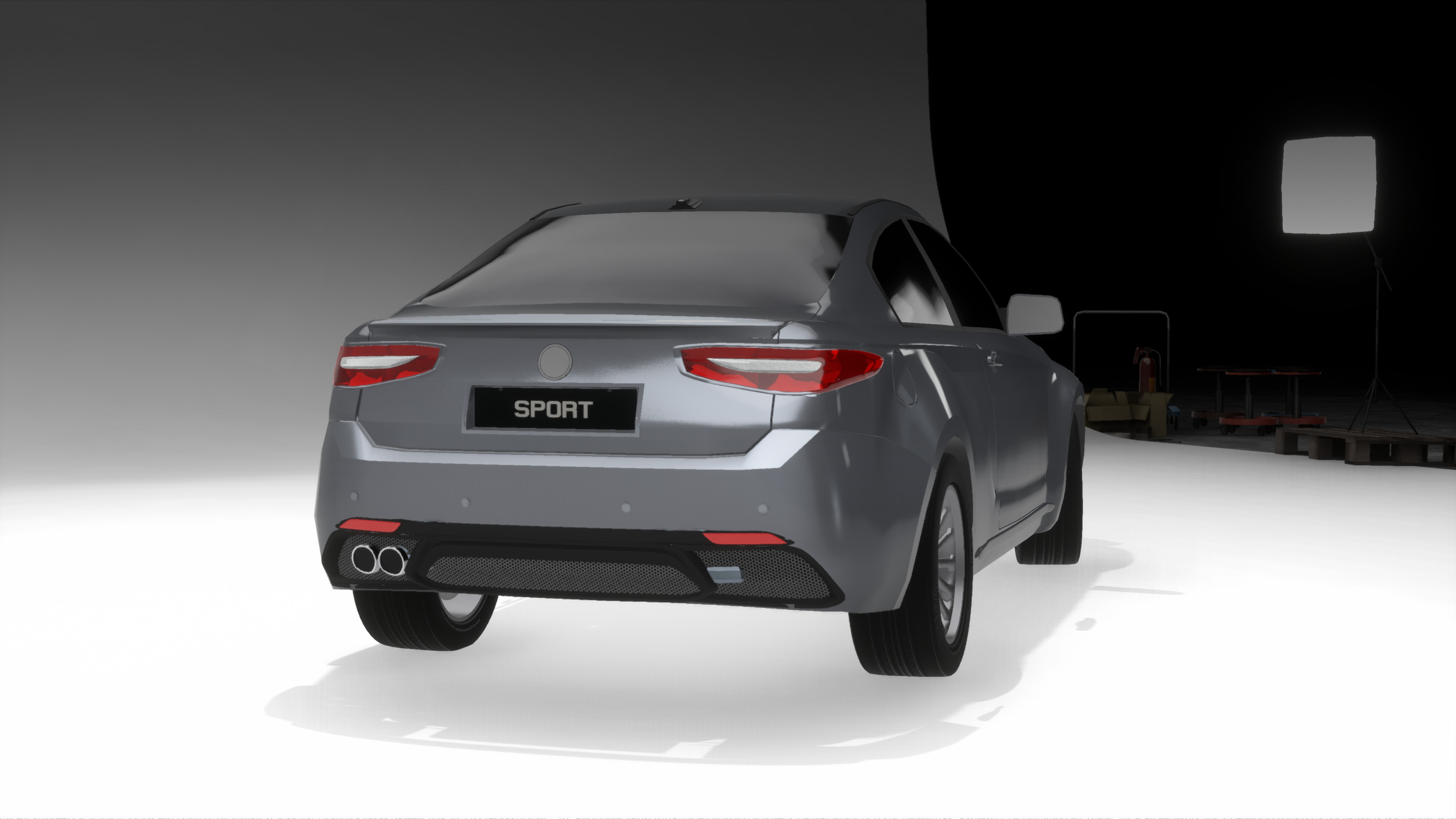 The CS is available with a range of turbocharged, direct-injection inline-3, -4 and -6 engines, producing between 100 and 340 horsepower, driving the rear wheels either through the standard 6-speed manual or optional 8-speed automatic transmission. A curb weight of 1307 kilograms (CS100 EcoDynamics; may vary by model and optional equipment) ensures excellent handling and balance, and helps the CS achieve a fuel economy rating of 4.1-5.7 liters/100 kilometers. 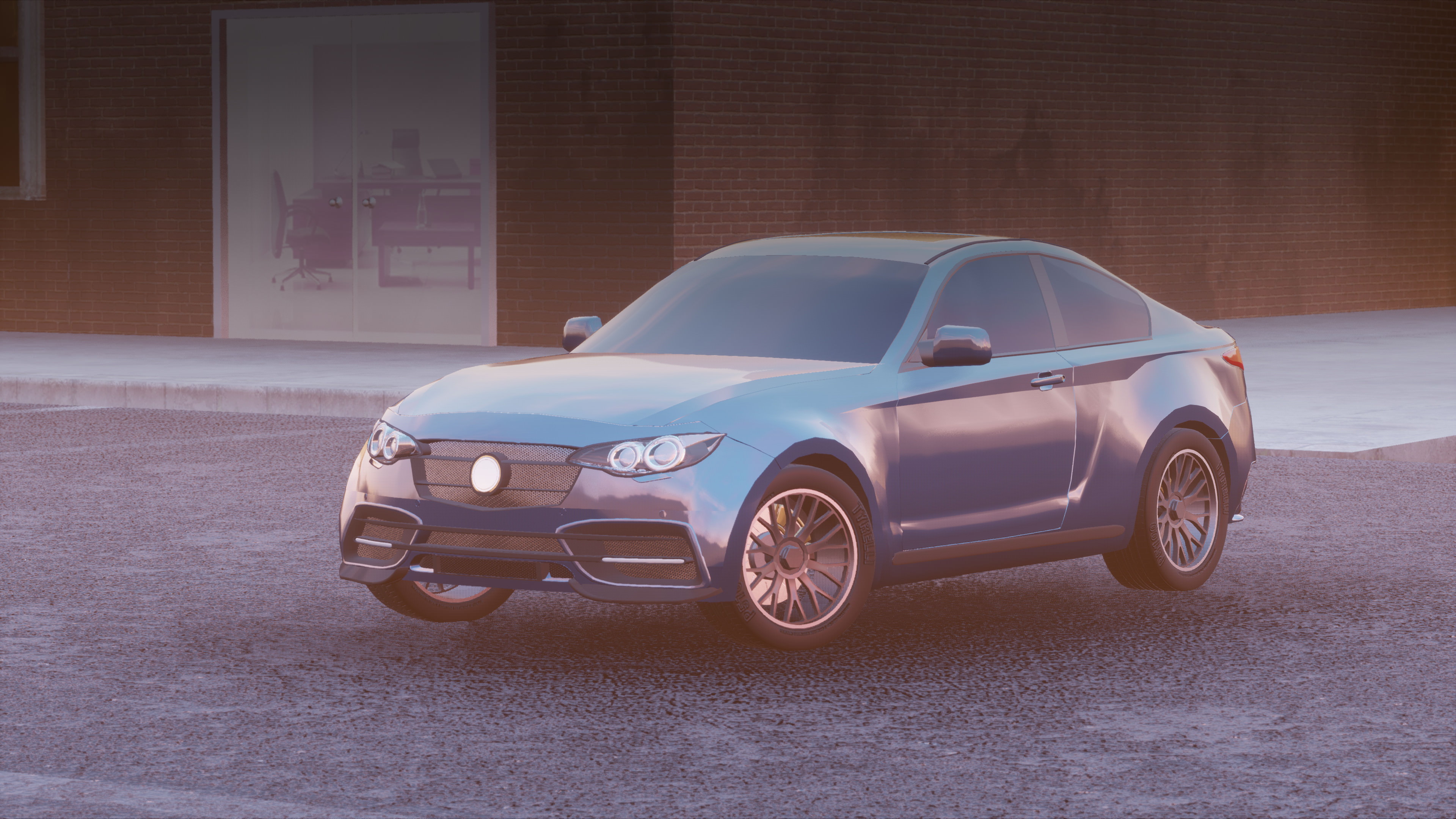 17" wheels are standard fitment on the CMW CS-Series, with optional 18" and 19" wheels available, with 18" wheels being included in the VSport package, along with a more aggressive front and rear appearance, stiffer suspension and uprated brakes, available on the CS220, CS260, CS300 and CS340 models. 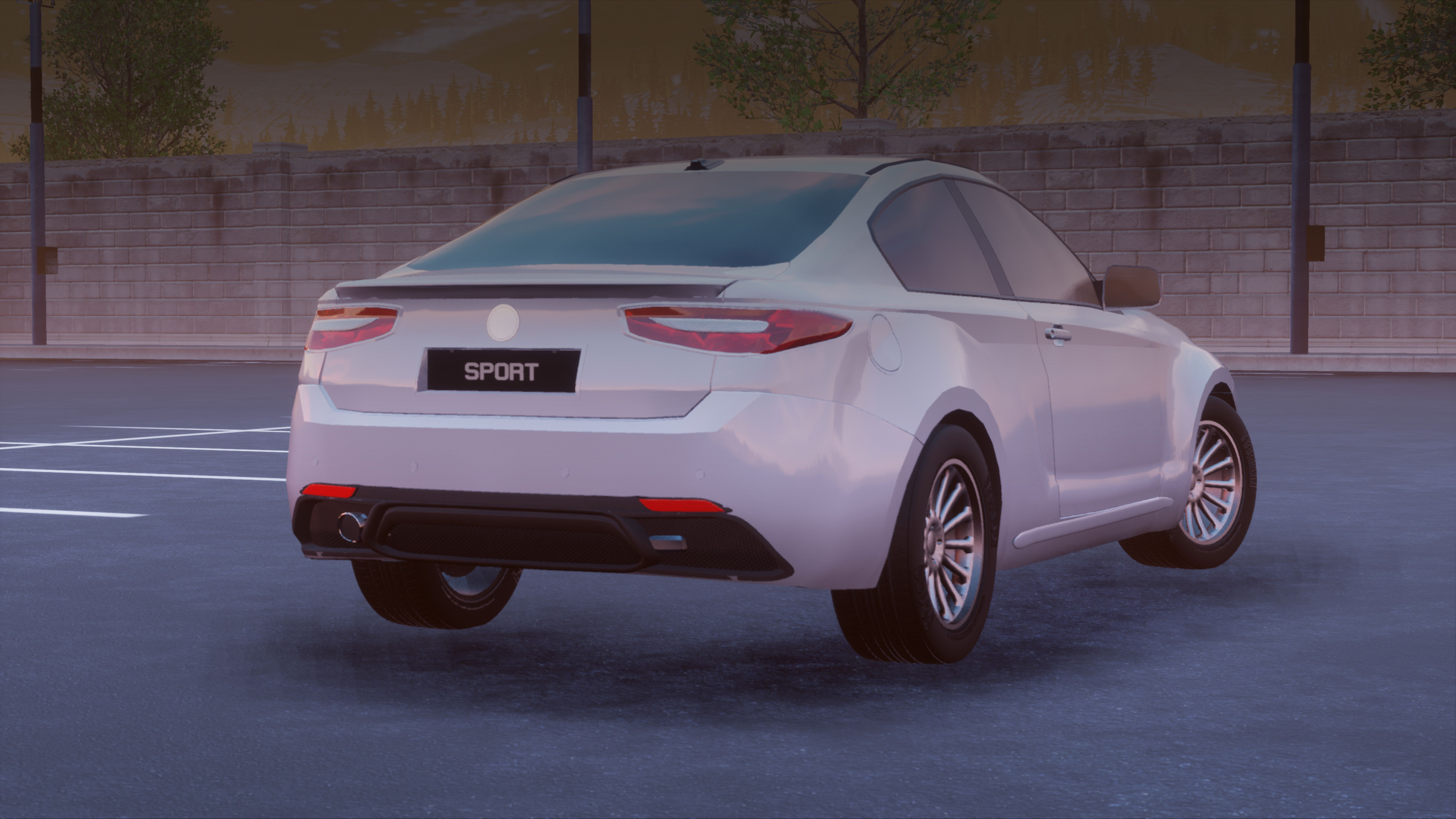 The CMW CS-Series goes on sale later this year, with prices starting at $19,011 and more body styles to come. 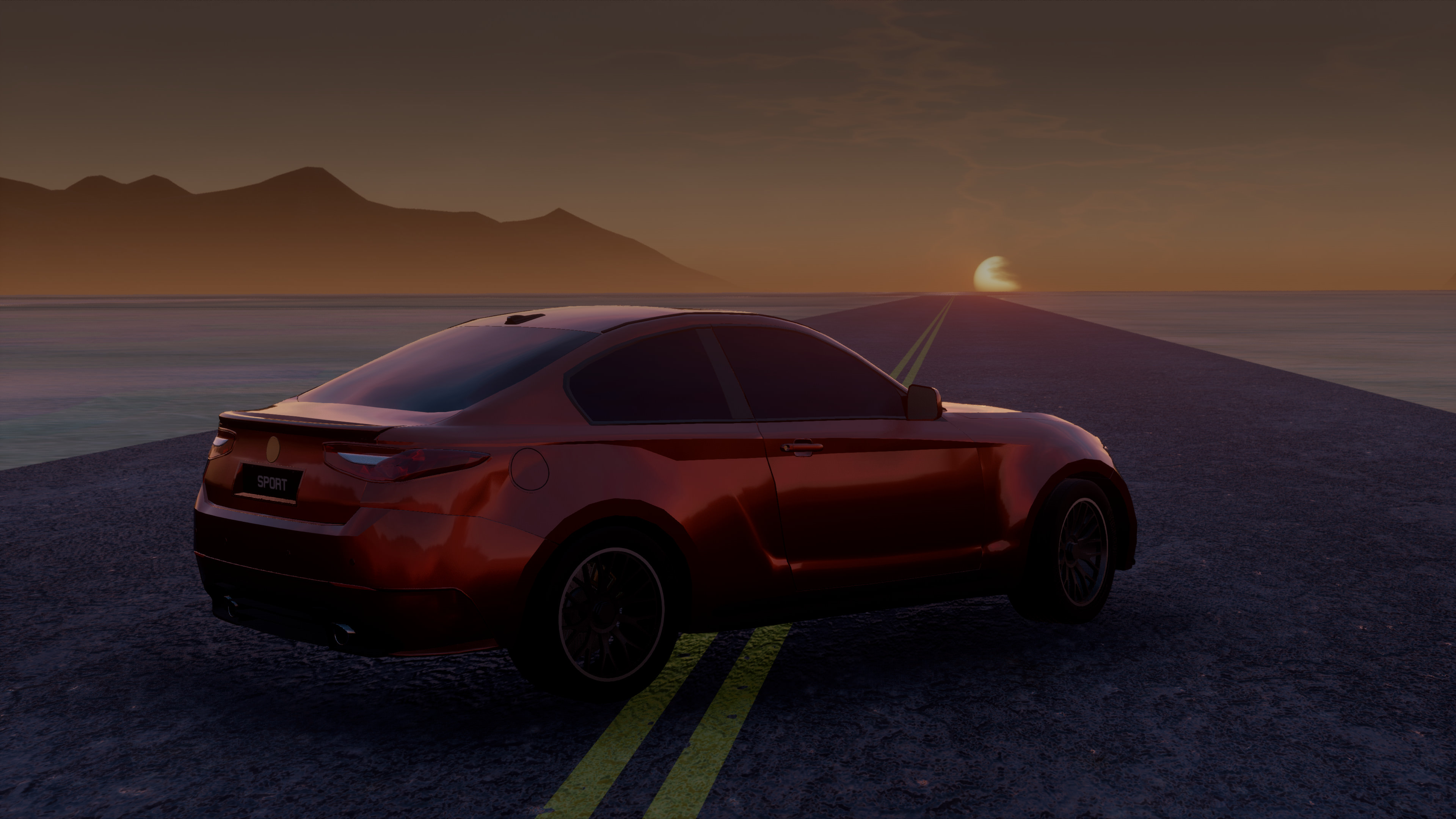 Yeah Boi.It’s normal if you are good tuner.

It’s lightweight too, that helps a lot 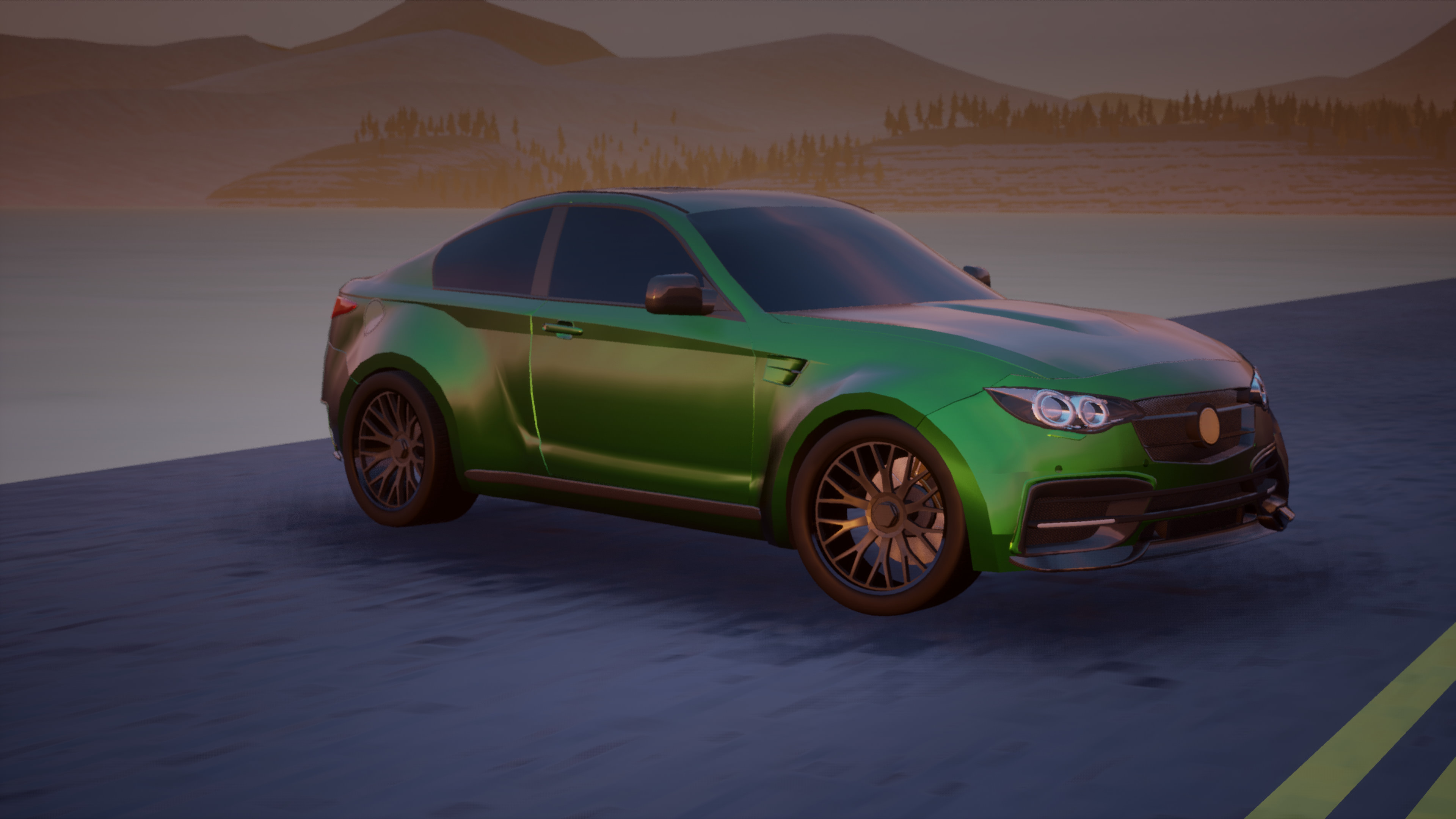 CMW is proud to present the 2019 CS42ER compact sports coupe. Building off the CS-Series, the Entwicklung-Rennsport division of CMW has created one of their most engaging and exciting cars to date. 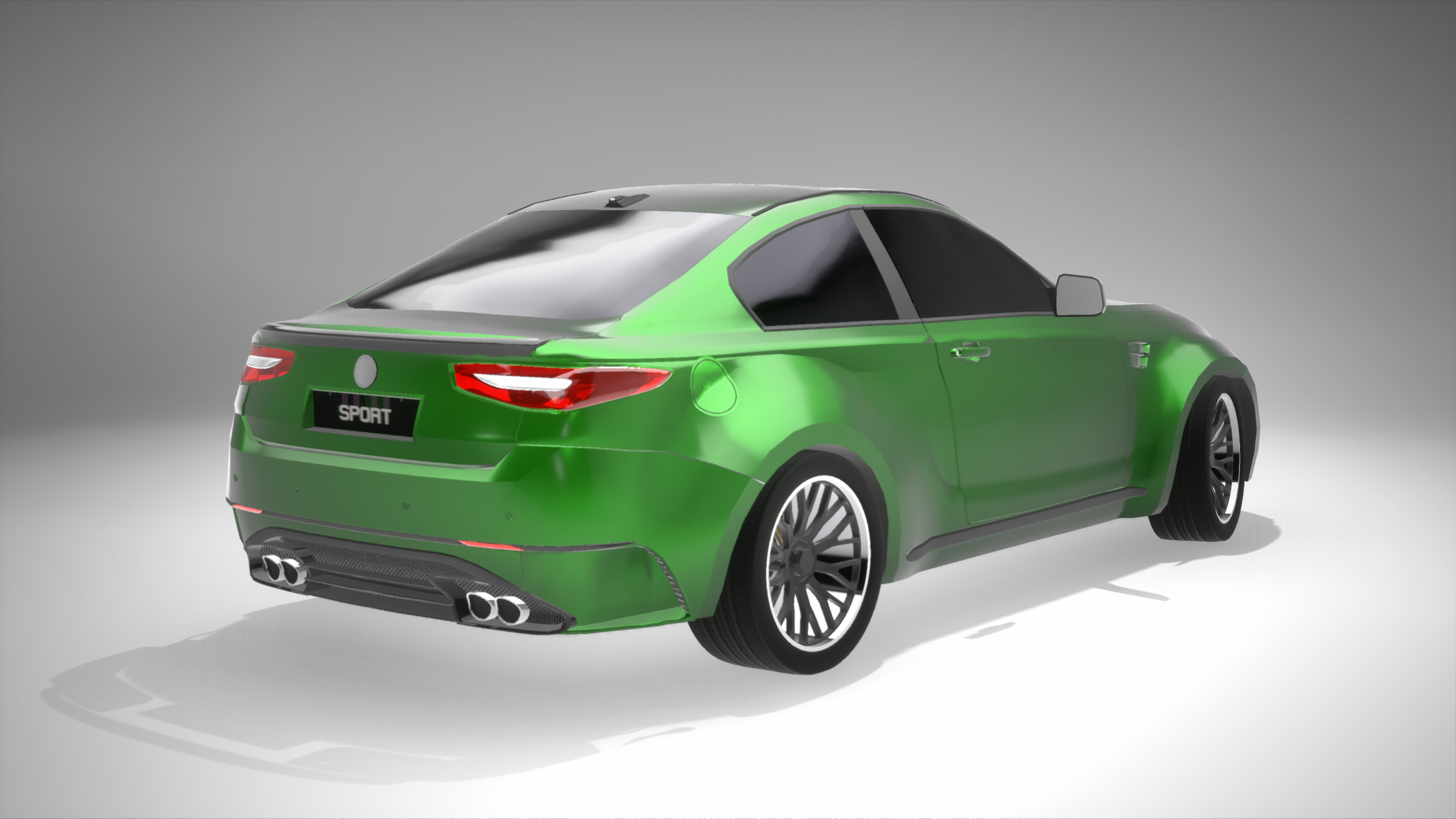 Beneath the aggressive fender flares and sharp, carbon-fiber accentuated lines of the CS42ER lies a monster - a 3.3-litre, turbocharged inline-6 engine producing 421 horsepower at 6600 RPM and 485 newton-metres of torque at 4000 RPM. Coupled to a standard seven-speed dual clutch transmission and driving the rear wheels through a fourth-generation CMW R-EFlex electronic differential, the CS42ER rockets from 0 to 100 kilometres per hour in 4.2 seconds, on its way to a 270 kilometre per hour top speed. 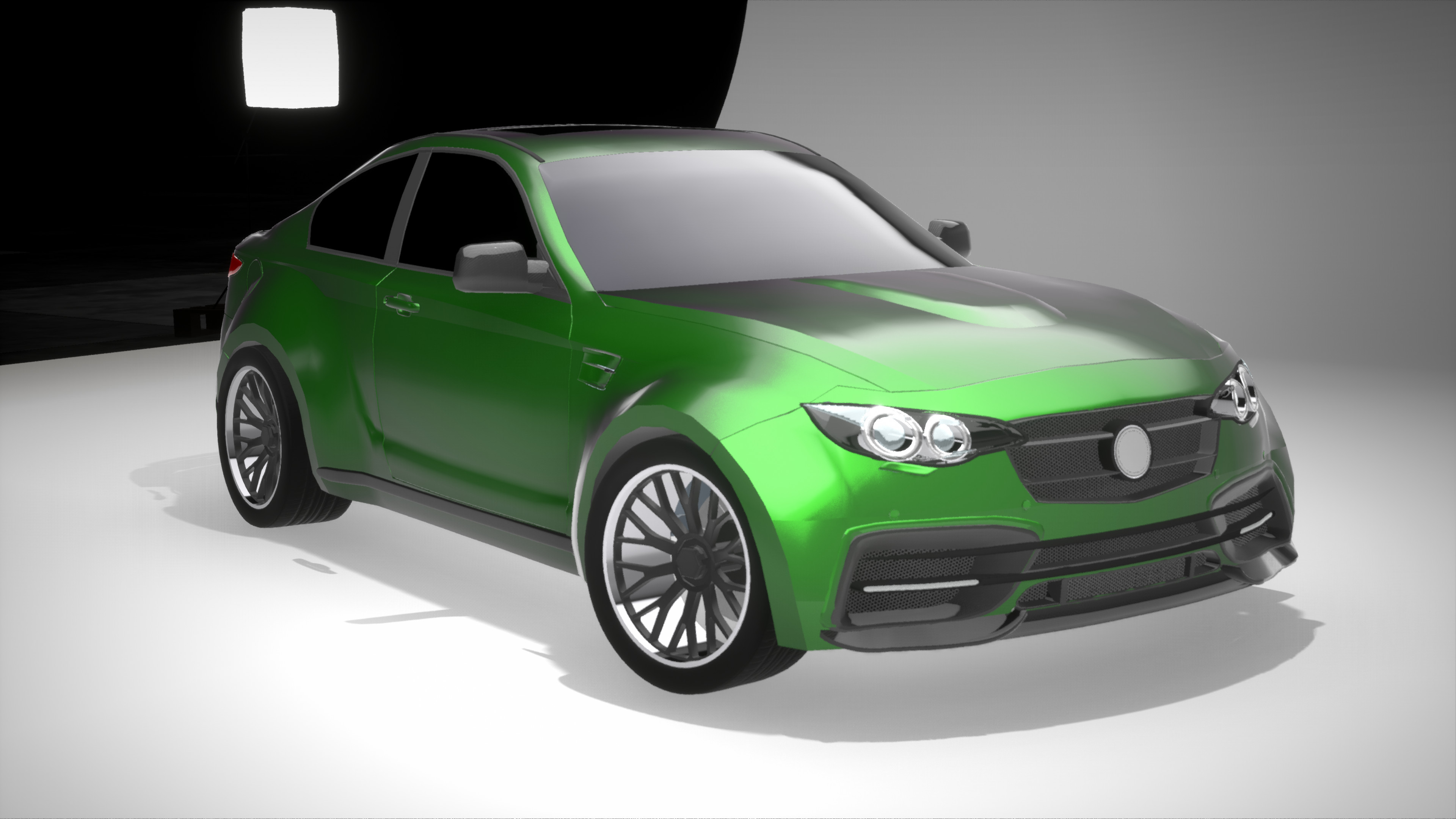 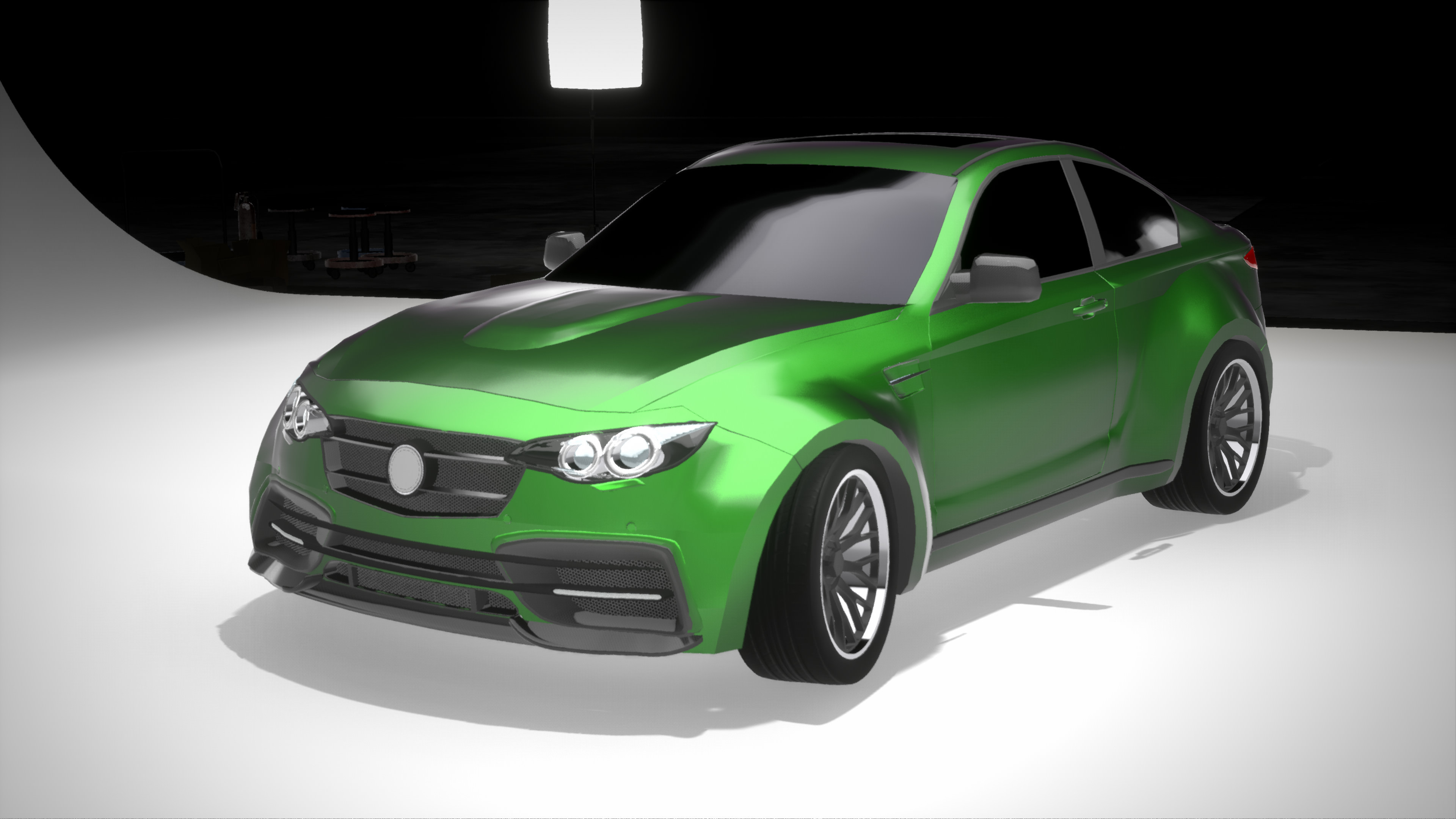 The CS42ER proves that power and performance need not come at the expense of the environment, achieving a combined 6.3 litres per 100 kilometers in the Automation Combined Fuel Economy Cycle, equivalent to 151 grams of CO2 per kilometre of driving. 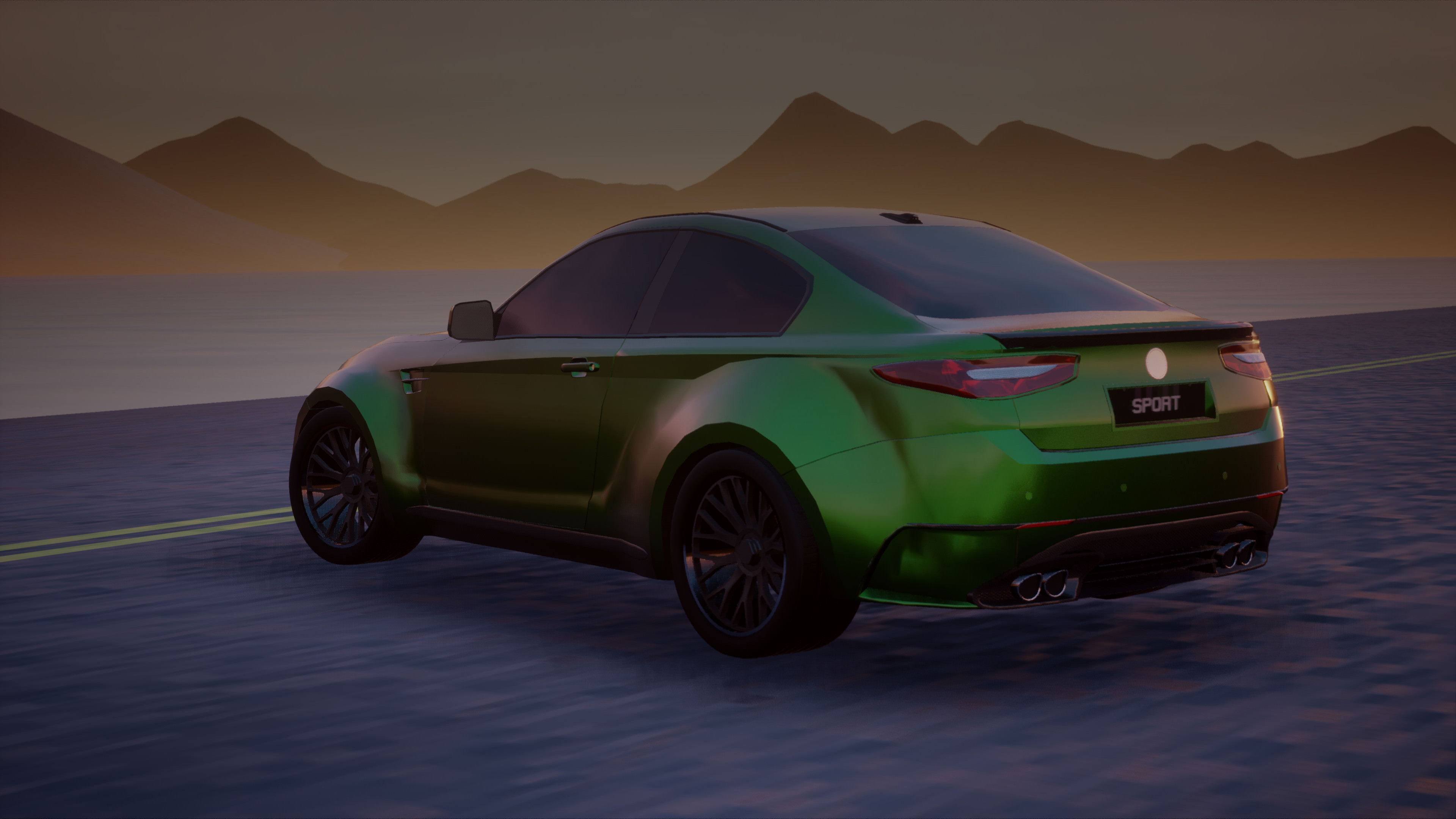 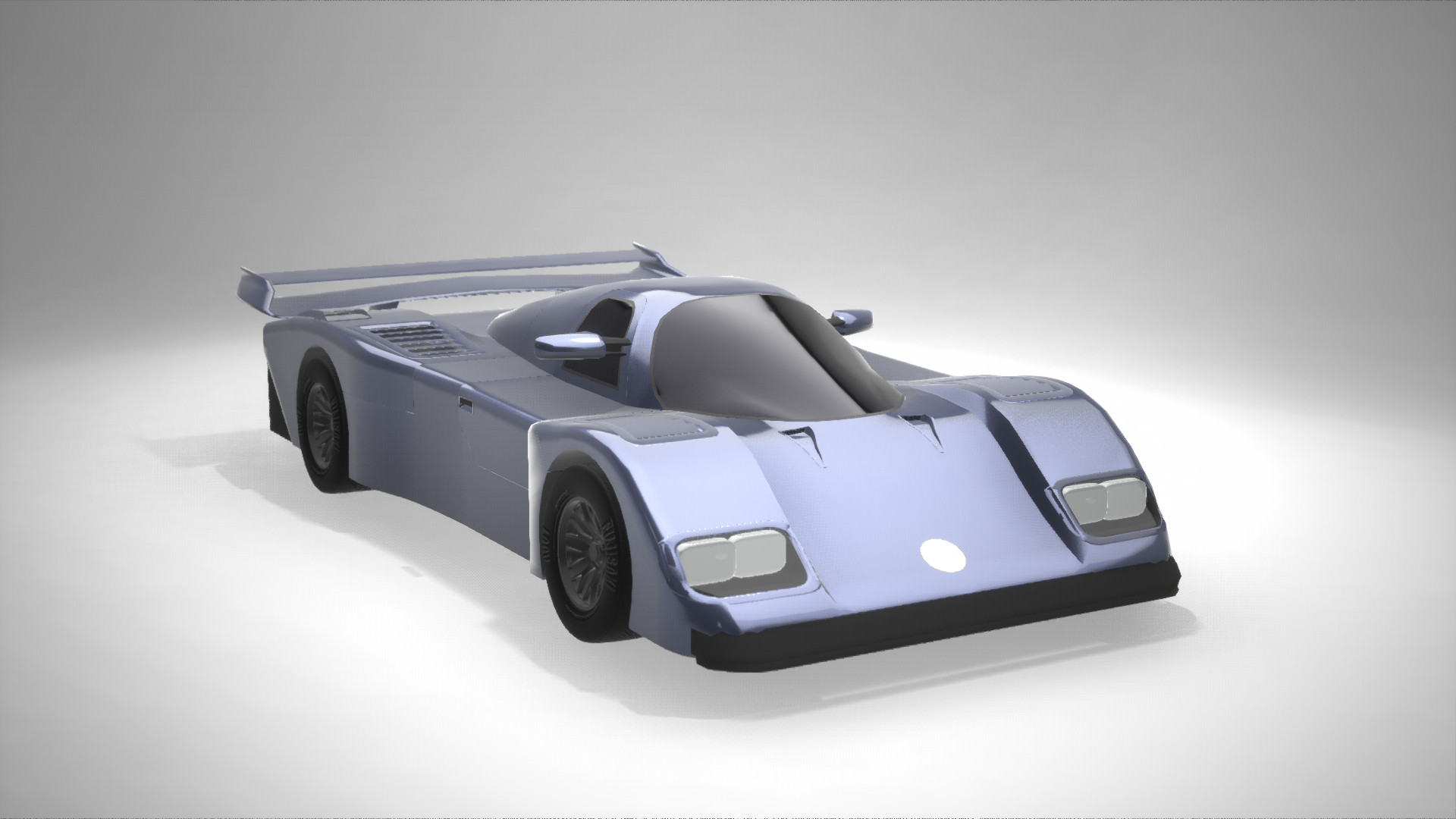 CMW Historica is proud to bring to you the #4 CRT-CMW Turbo. In 1989, CMW’s ER Division built a series of racing prototypes to compete in the SASC Championship, a lucrative and grueling racing series spanning 25 events across the globe, From Daytona to Bathurst. The goal of the CMW Turbo was to prove the flexibility and versatility of CMW’s powerplants, with a version of the P73 flat-6 engine running in all three sports car classes, as well as in the Prototype Challenge class, in which this car participated.

The CRT-89 chassis was built by CRT Racing Technologies as a spec chassis for the PC class, utlising the very latest advancements in materials technology and aerodynamics. CMW ER fitted a 3.9-litre, twin-turbocharged version of the P73 motor to the CMW Turbo, good for 699 horsepower at 7500 RPM, and able to propel the car to a top speed of 352 kilometres per hour. 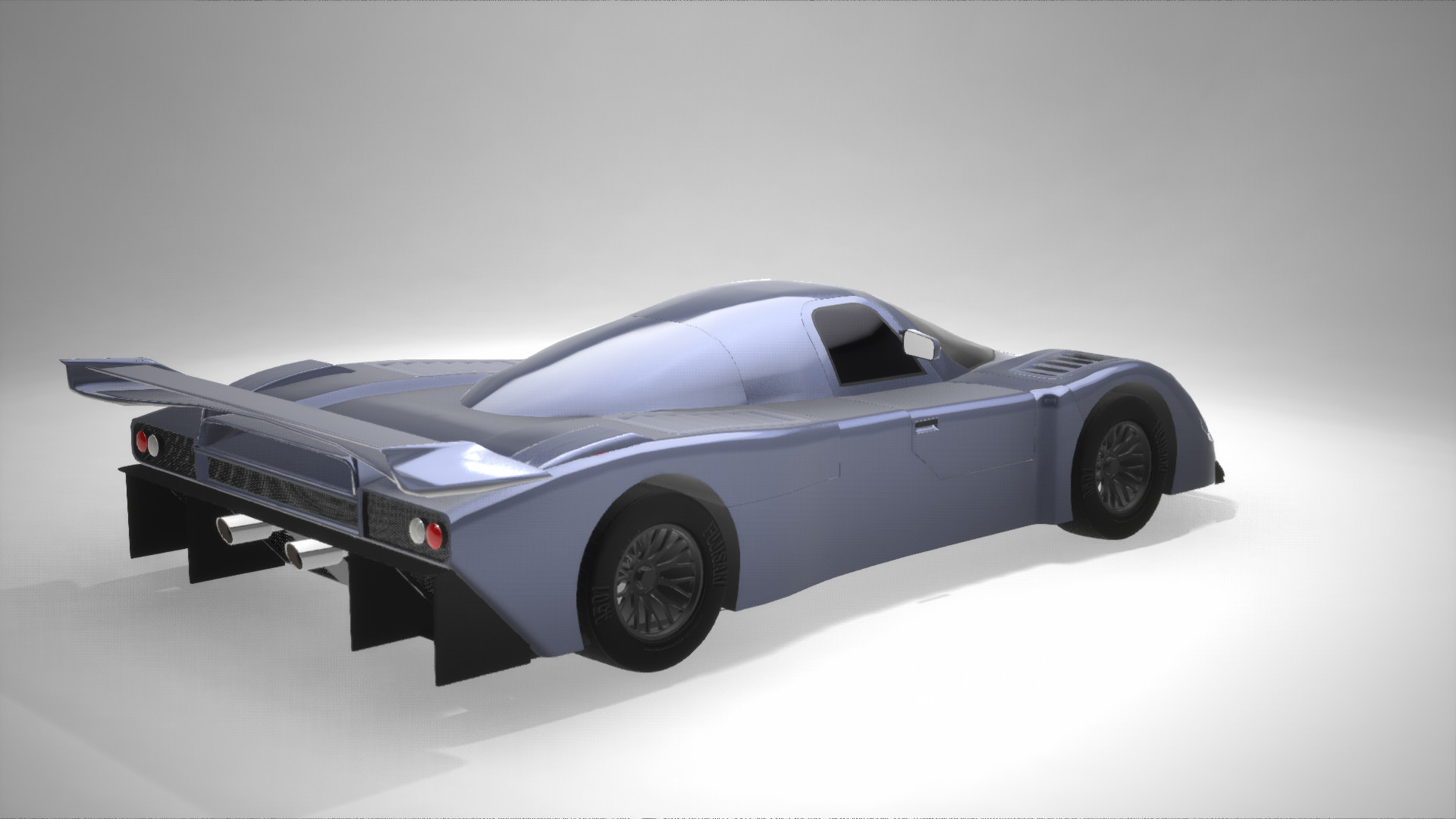 Painted in the traditional Stahlblau of CMW racing cars, two CMW Turbos ran the first five races of the SASC Championship, with this car, Chassis number 89-C002 wearing the #4, taking victories at the Daytona 24 Hours and the Rio de Janeiro 6 Hours, as well as placing third in the Argentine 6 Hours. The CMW Turbo was neither the most powerful nor the fastest car in the field; instead, the team relied upon superior handing (on account of the light weight of the flat-6 powerplant in comparison to its V12-powered rivals) and reliability to secure podium finishes. Chassis C002 was retired after an accident at Road America, and never raced again in the series, as CMW rolled out a newer, more powerful turbocharged V8 engine to compete the remaining 20 rounds of the series, bringing home the championship in the company’s last competition in the SASC before they redirected their efforts to Formula 1. 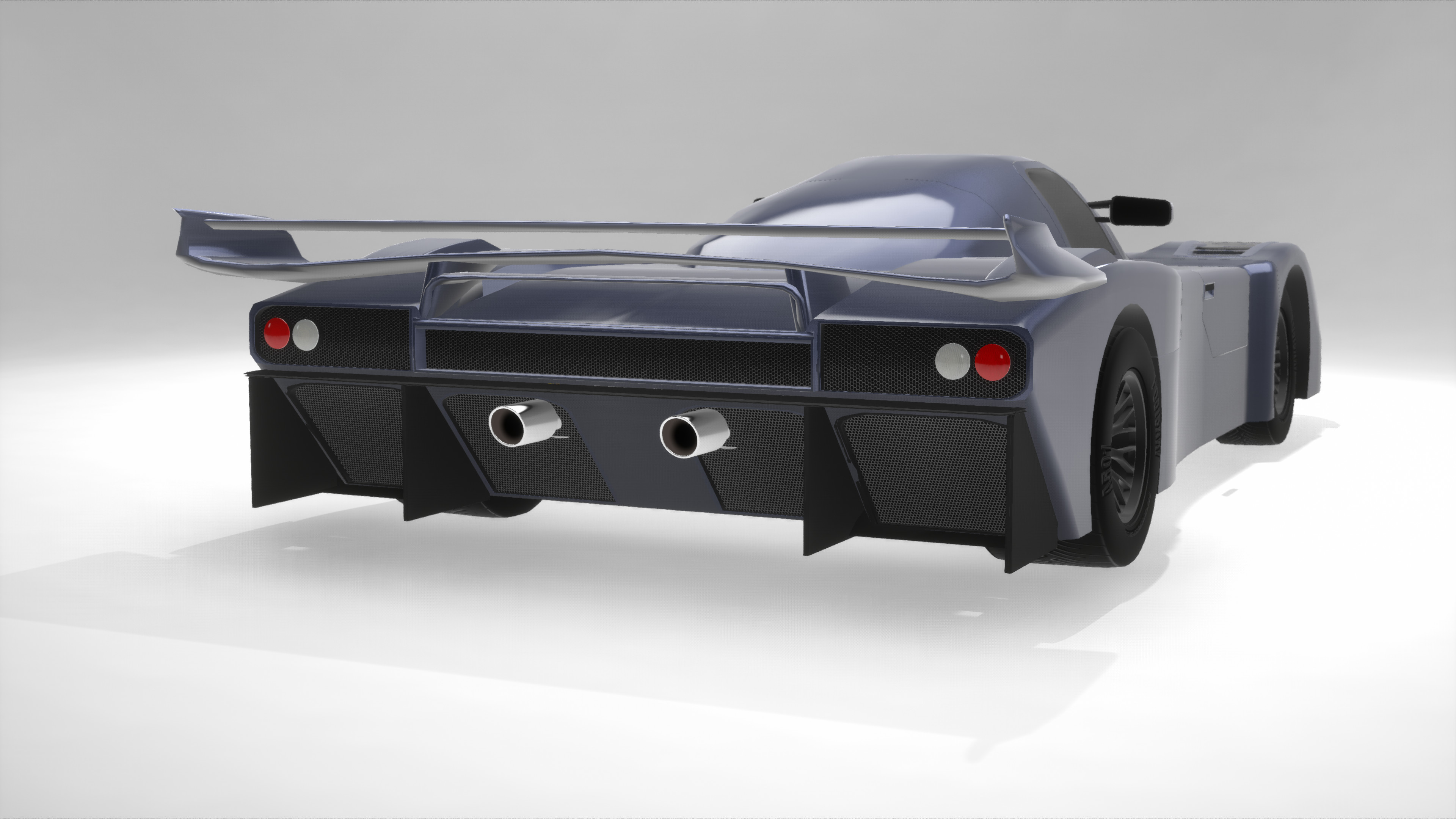 Introducing the 2019 CMW S7. The Golden Age of the Sports Car Begins Again. 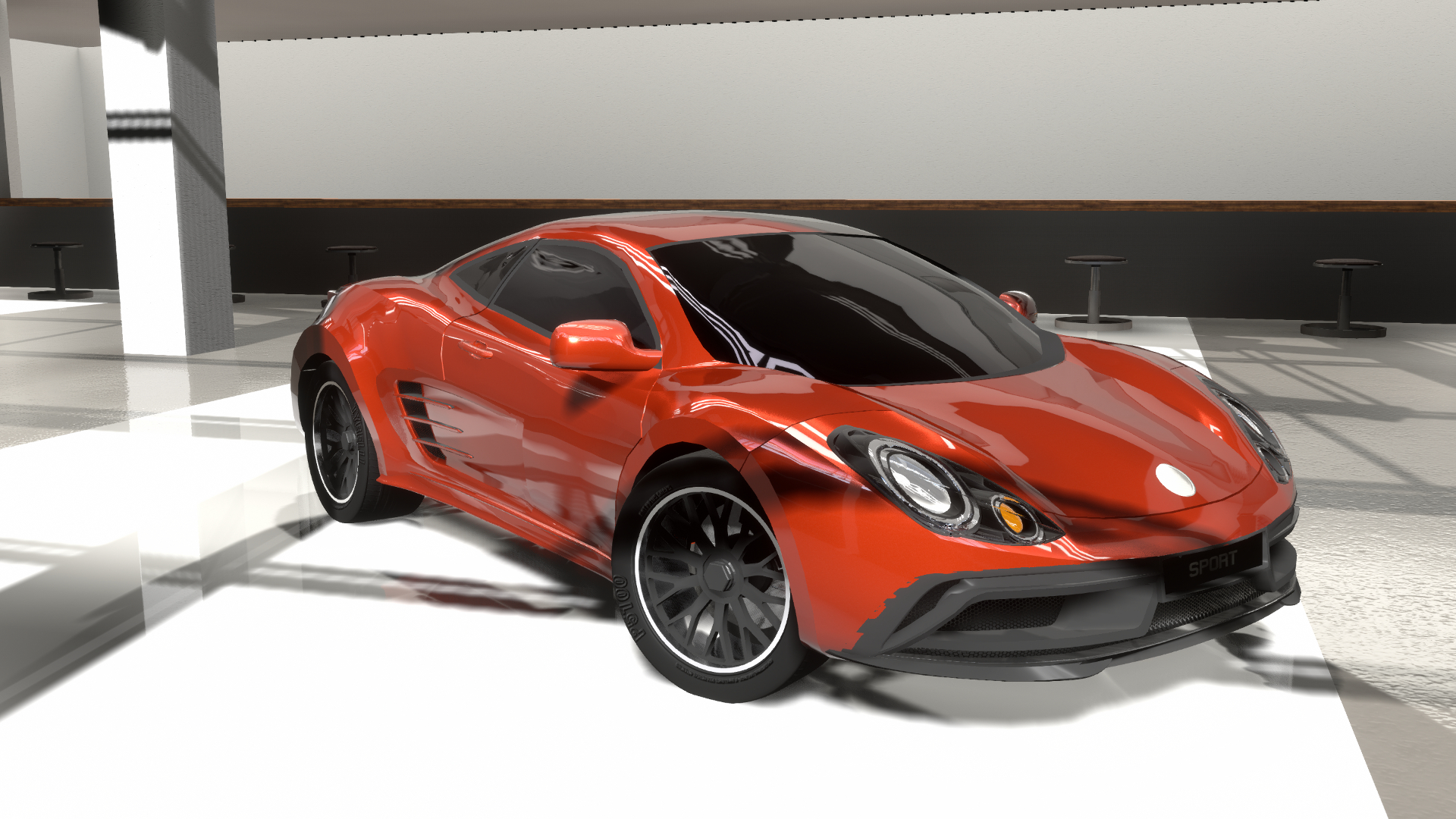 CMW is proud to present the all-new 2019 CMW S7. Born from over seventy years of motor racing heritage, the S7 continues the storied CMW S-Line into the future, with lightweight construction and for the first time, turbocharged engines in all models of the S7. 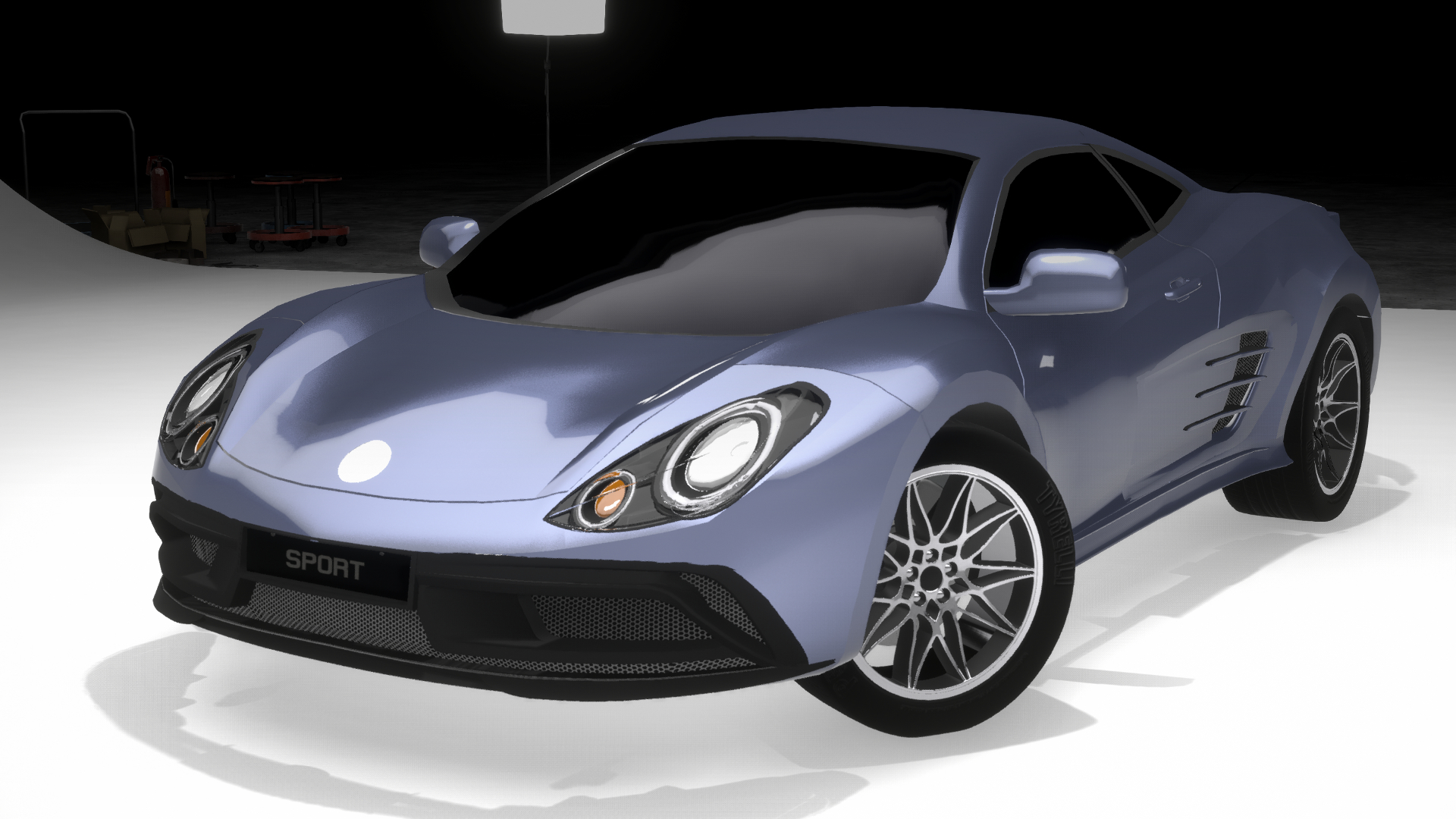 With an aluminum-intensive chassis and lightweight but tough carbon fibre body panels, CMW engineers worked feverishly to remove as much weight as possible from the all-new S7, with the base-model S7 weighing in at a mere 1105 kilograms. Part of this weight savings comes from the first-ever turbocharged four-cylinder engine to be fitted across the entire range of S7s, in the traditional boxer layout that has become familiar to CMW S-Line fans. In the S7, the magnesium-block, 2.0-litre boxer four is rated at 303 horsepower and 322 newton-metres, giving the car a 0 to 100 time of 4.0 seconds flat through the standard six-speed manual transmission. In the S7 VSport, the engine is enlarged to 2.4 litres, and produces 367 horsepower and 394 newton-metres, giving the VSport a 0 to 100 time of 3.5 seconds through the standard seven-speed double-clutch transmission. 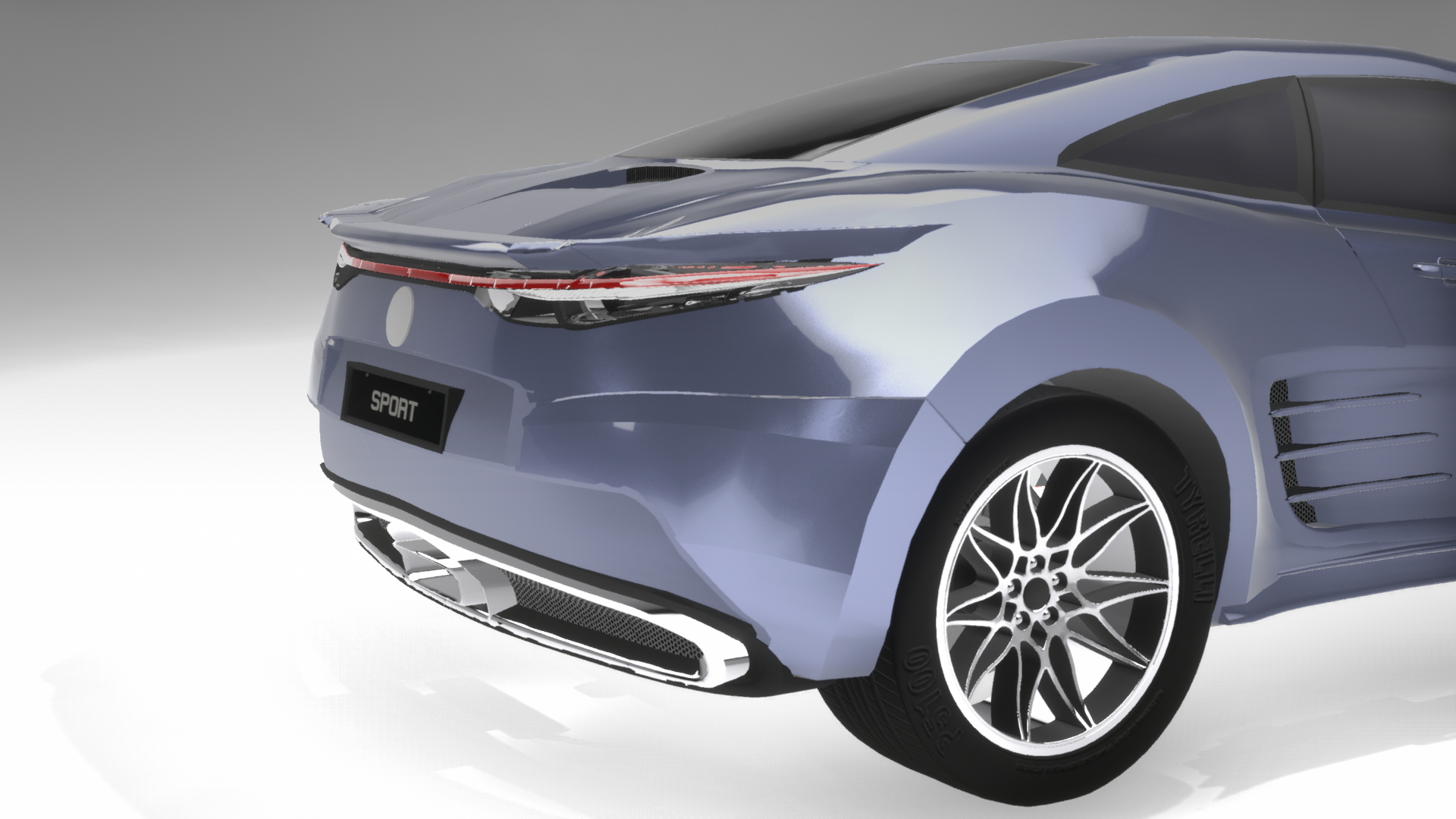 Outside, the S7 has a distinctively mid-engined styling, immediately identifiable as a CMW S-Line model, with its aggressive stance, wide fender arches and large front headlights. The centre-mounted exhaust with one or two outlets adds to the sporty character of the S7 and S7 VSport. 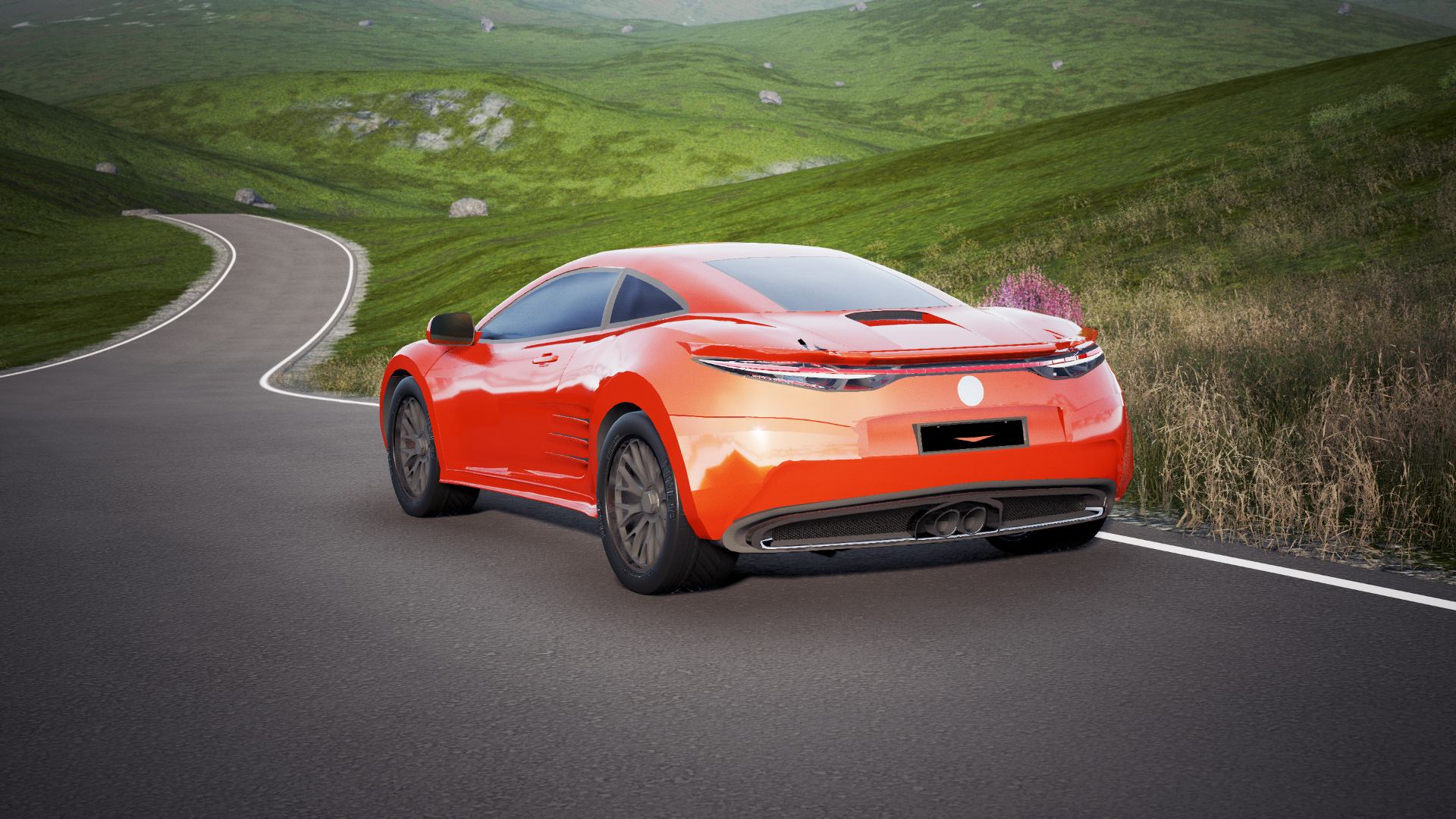 Inside the CMW S7 and S7 VSport, you will find a driver-oriented cockpit that is as functional as it is beautiful. The deep and slender sports seats are power-adjustable and swathed in your choice of leather or Alcantara, and help give the S7 a motorsports feel. Instrumentation is clear and well-laid out for the driver, with a centrally-located tachometer flanked by two LED screens providing operational and navigational and infotainment information. A ten-speaker BergMeister stereo system gives the S7 and S7 VSport a near-luxury car level of sound quality, and the 7-inch screen mounted in the centre console provides a central location for all non-essential driving information, as well as control for the climate control and infotainment system. 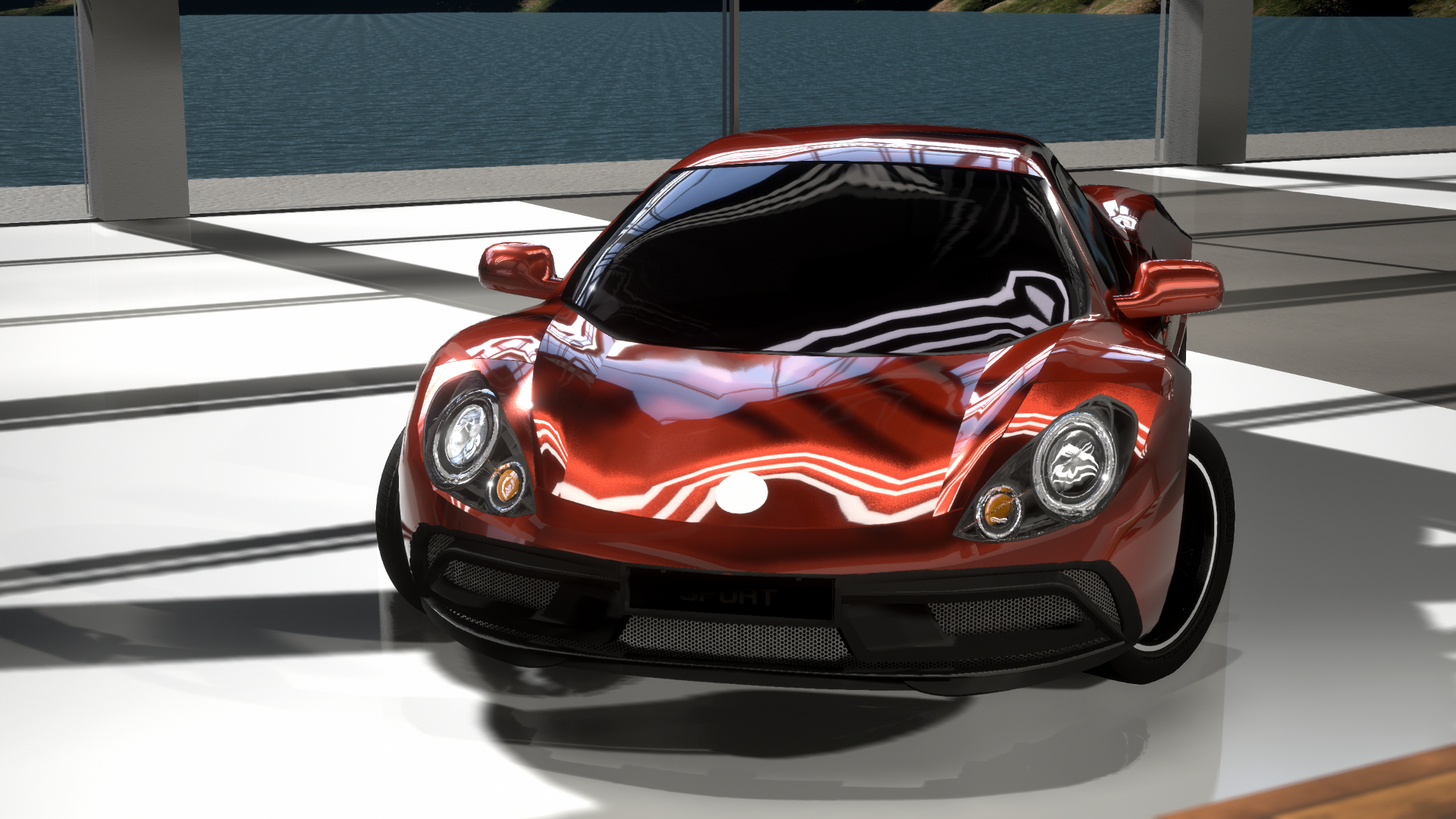 The S7 VSport stands apart from the base model S7 in a number of areas. In addition to the larger engine, the S7 VSport has a fully-electronically controlled differential with torque vectoring, as well as a more sporting-oriented suspension tune, larger brakes and wider 19-inch sports-compound tires, as opposed to the base model’s 18-inch standard wheels and tires. The additional traction provided by upgraded suspension makes the S7 VSport the preferred choice of drivers seeking a sportier experience, though make no mistake, the S7 VSport is a car one could use every day just as easily as the standard S7. 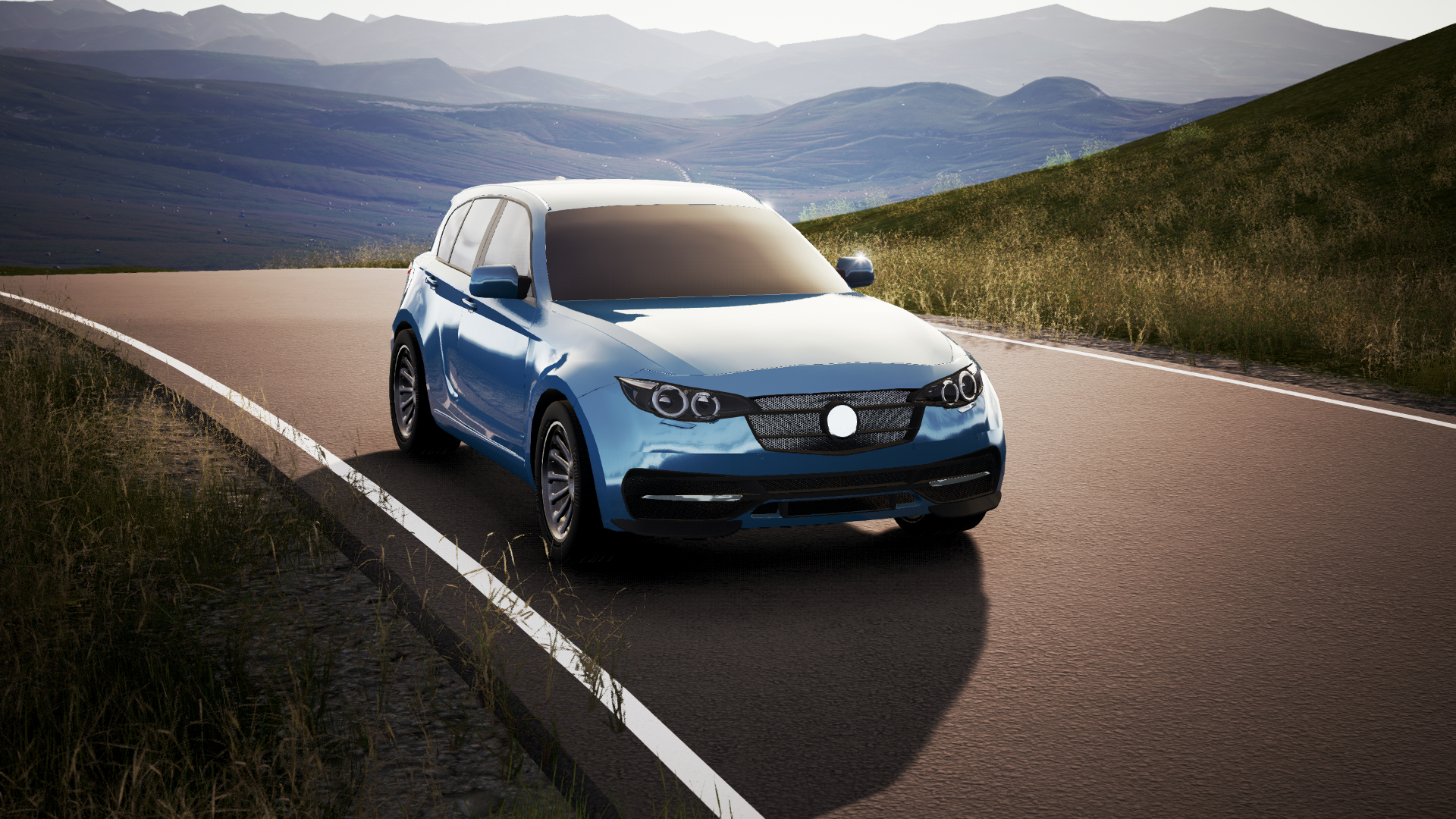 CMW is proud to present the second member of the all-new C-Series family, the CF 3- and 5-door hatchback. Combining the sporty front-engine, rear-drive layout of the CS-Series coupe with a practical and stylish hatchback body, the CF gives you the best of both worlds. Driving dynamics are what is expected of a CMW, with a taut, well-controlled suspension, choice of various inline 3, 4 and 6 cylinder powerplants, ranging from 100 to 340 horsepower, and either a 6-speed manual or 8-speed automatic transmission. 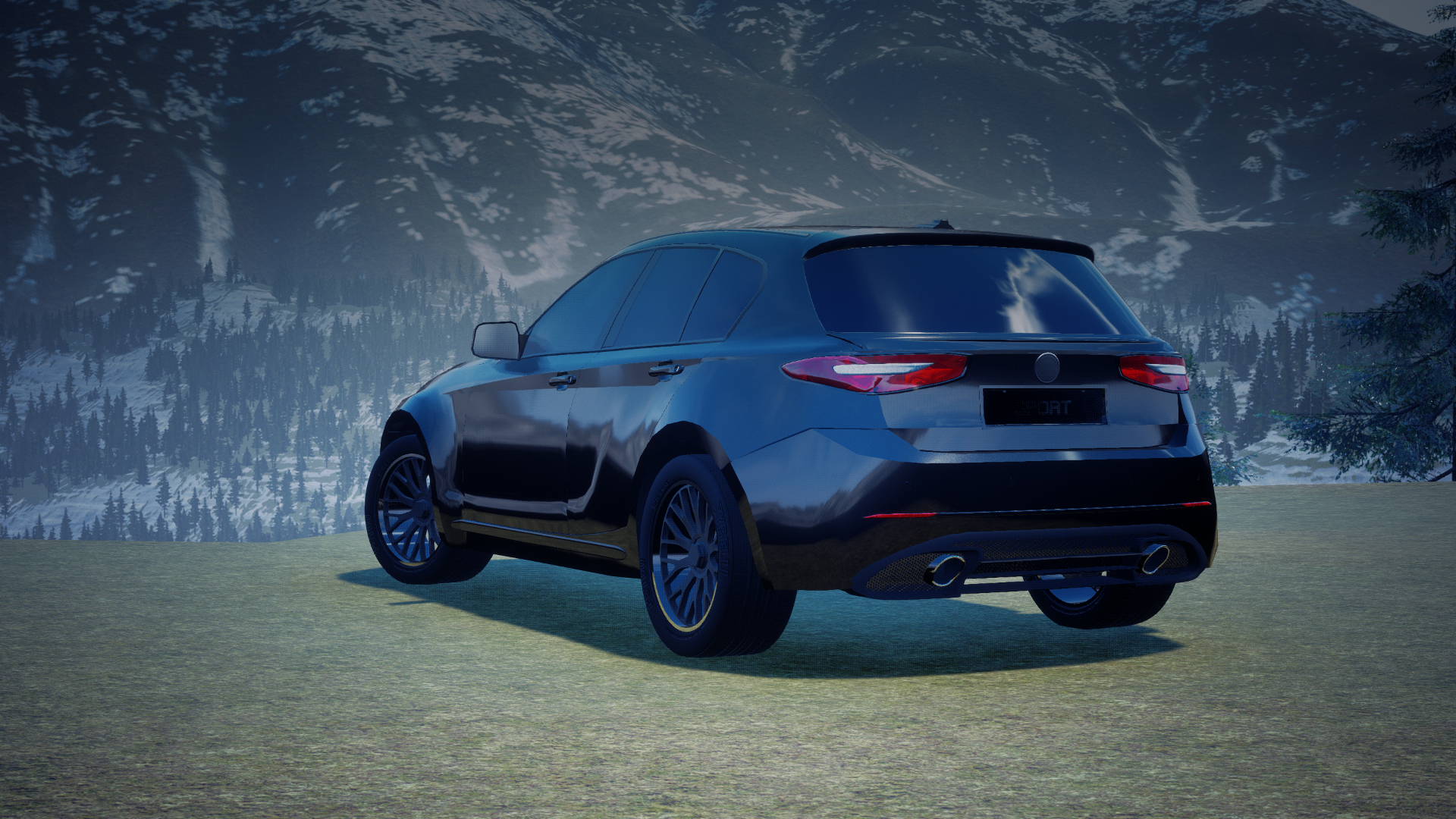 Beneath the dynamic styling, a lightweight, advanced high-strength steel monocoque makes the CMW CF-Series both lightweight and incredibly safe, with the CF-Series garnering top marks in all passenger and pedestrian protection tests. Seating for five is found in both 3-door and 5-door body styles, with the rear seats folding flat to give nearly 1500 litres of cargo space. Even with the rear seats up, cargo space is still a more than adequate 514 litres. 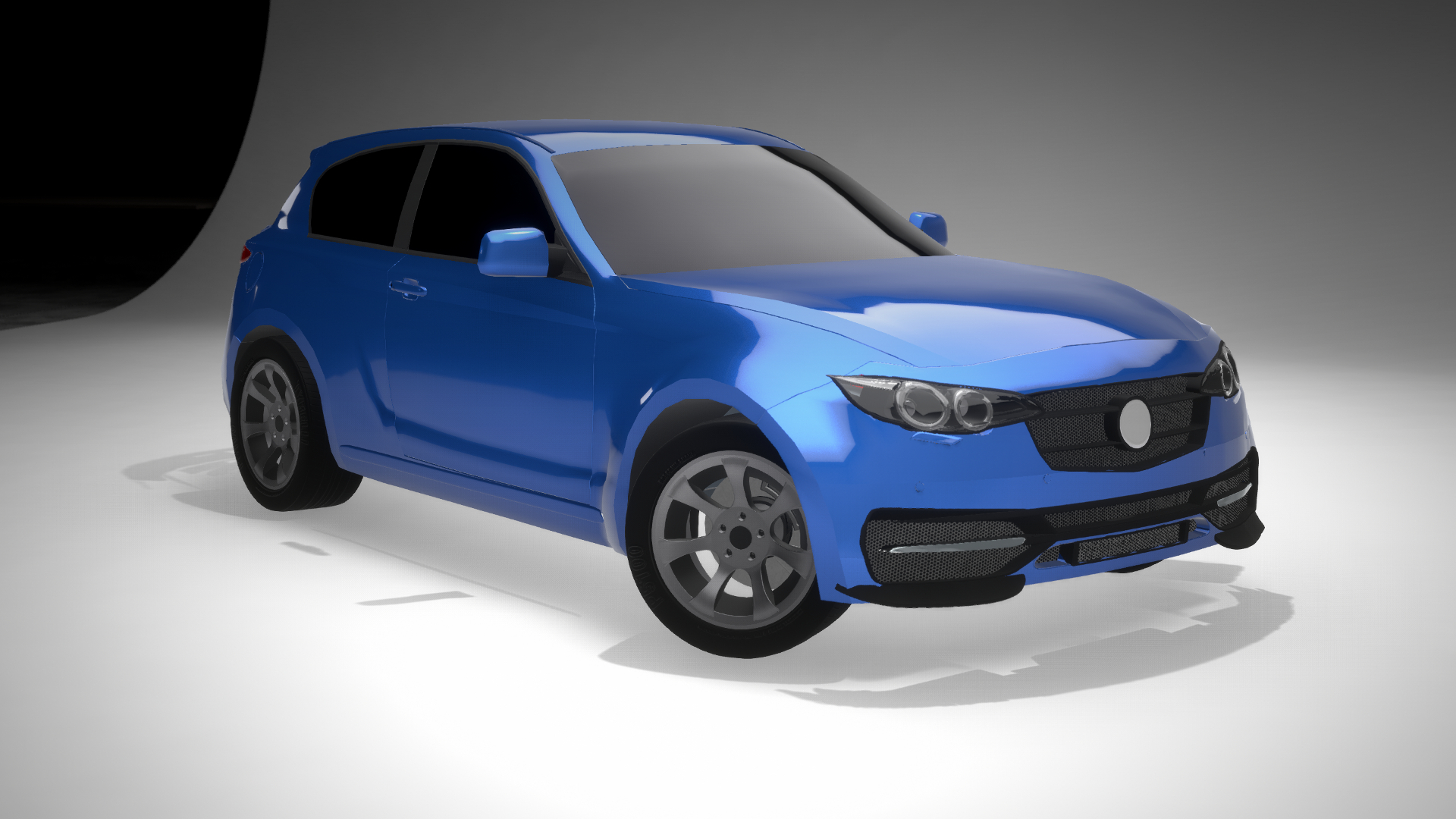 The widely-acclaimed interior of the CMW CS coupe carries over largely unchanged into the CF-Series, with the addition of an optional climate control zone for the rear occupants to select their own level of comfort separate from that of the front. A standard 8-speaker CMW AudioLogic sound system is fitted to all CF-Series models, with an option for a 750-watt, 12-speaker BergMeister high-end audio system available at all model levels.

Performance carries over from the CS coupe, with the CF340 VSport3 trim level capable of sprinting from 0 to 100 kilometres per hour in 5.1 seconds, yet returning a very respectable 6.0 litres per 100 kilometres in the Automation Combined Cycle Fuel Economy Standard. 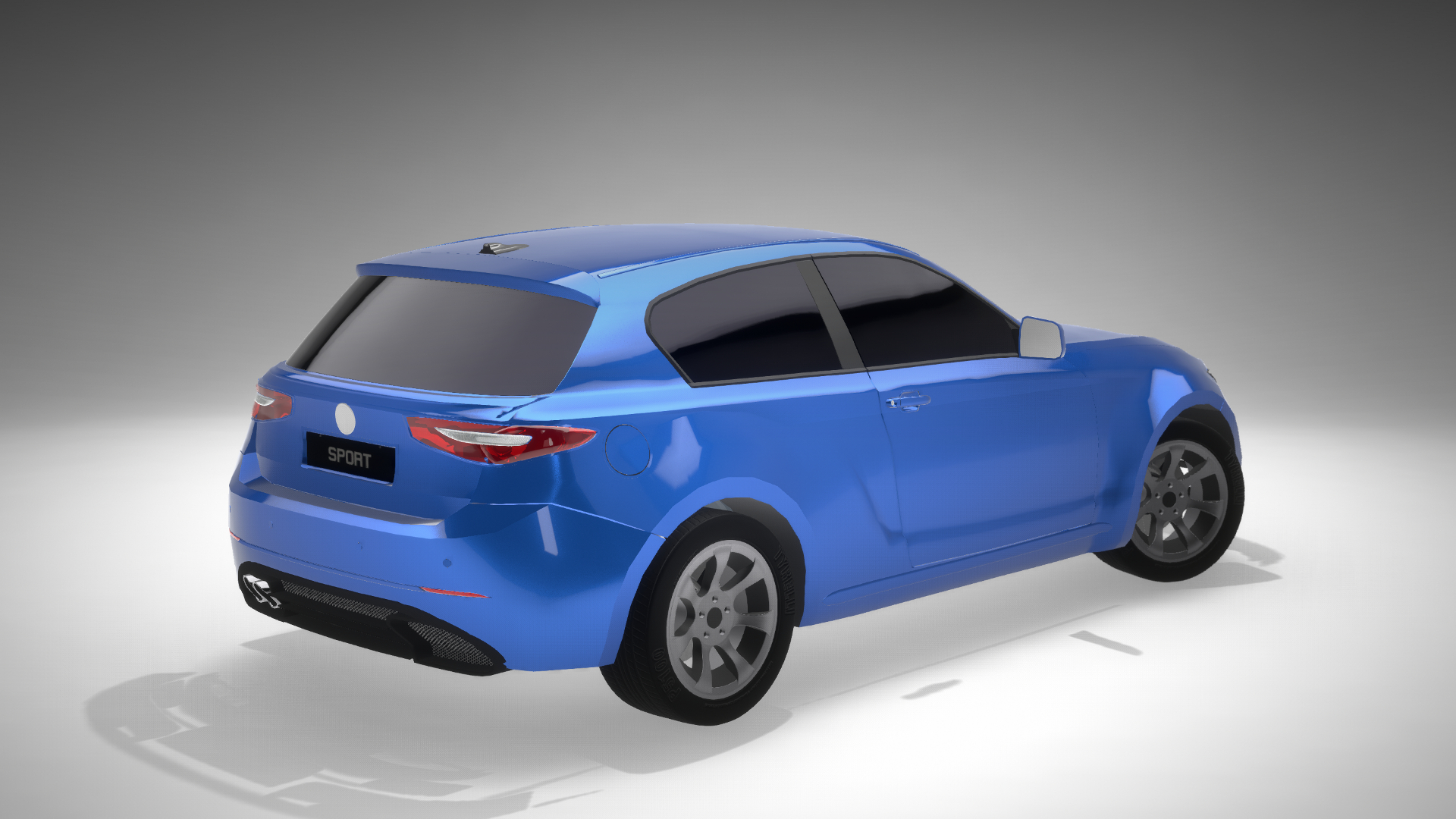 The CMW CF-Series VSport3 and VSport5 are on sale now, with prices starting at $21,050 for the CF100 VSport3 EcoDynamics. See your local CMW dealer today for pricing and detailed information.