Concept cars you wish existed or will come to life soon!

This should be an interesting thread that should open our eyes to some new brands/cars and different interests people have. I’ll start off: 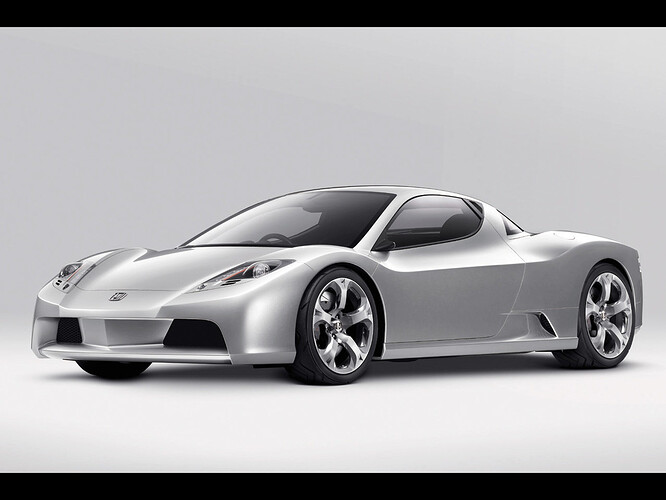 2003-Honda-HSC-Concept-FA-1280x960.jpg1280×960 118 KB
This is the Honda Sports Concept, shown at the 2003 Tokyo Motor Show. It had a mid-mounted aluminum 3.5L i-VTEC V6 (314HP) with a 6-speed transmission controlled with flappy-paddle thingies. It sat on an all aluminium frame and had some composite pieces so it was pretty damn light (1150kg). My kinda car, not an overwhelming amount of power and definitely good looking. In 2005 it was confirmed Honda would leave it as a study, a concept and that was that.

So, tell us about some of your favorite concept cars.

(I predict Deskyx will come here with the Caddy CIEN

Cool.
I also liked the Peugeot RCZ as a concept but it failed IRL

Well wouldn’t wanna disappoint would I? 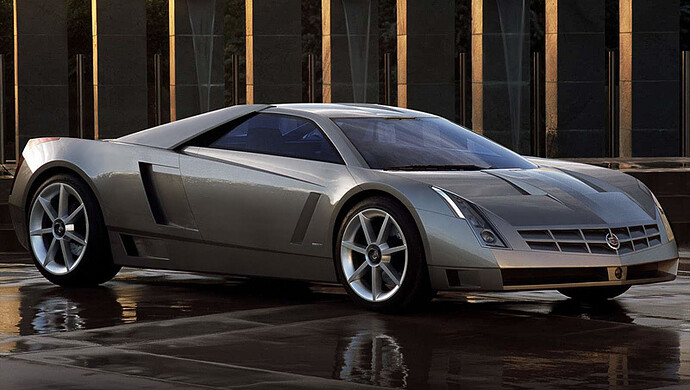 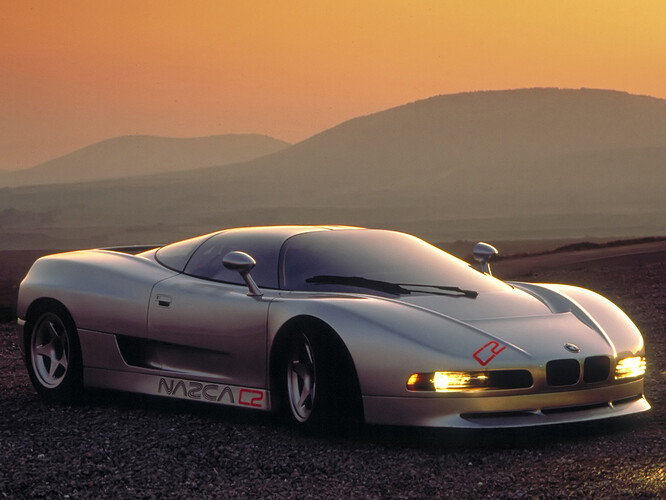 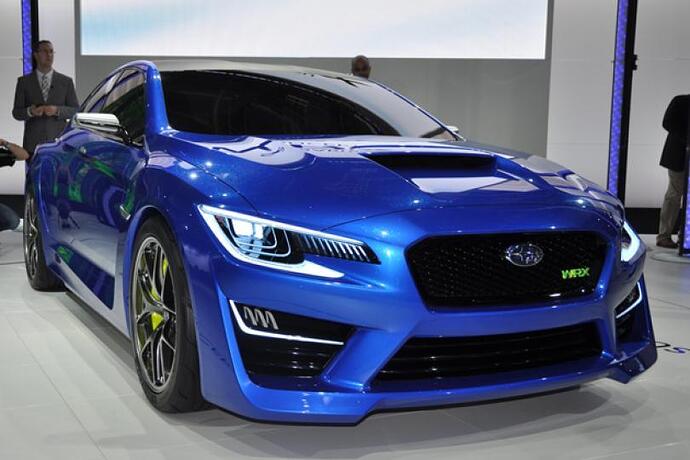 Will come to life 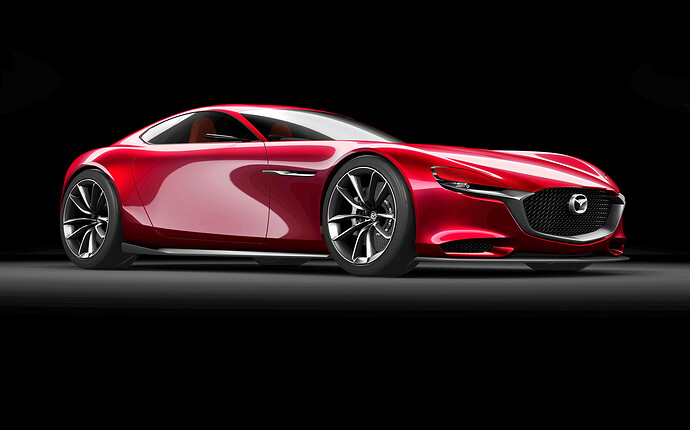 The original Charger concept that doesn’t look as shit as the final Charger.

The upcoming next generation Charger has been confirmed to resemble the 1999 concept. To what degree, we shall see.

Ford should have built this and badged it as Lincoln: 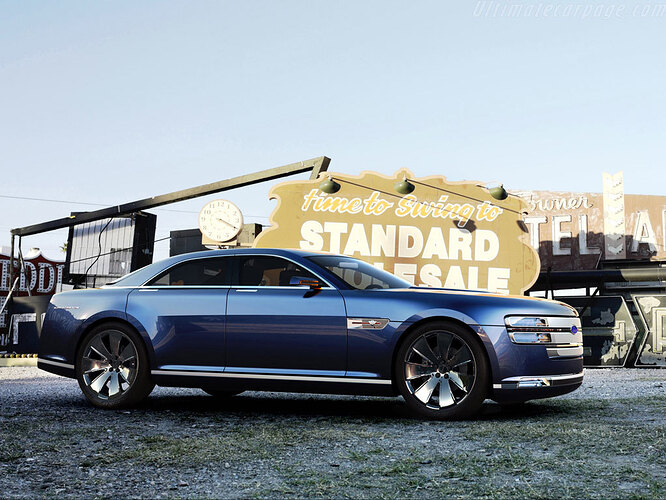 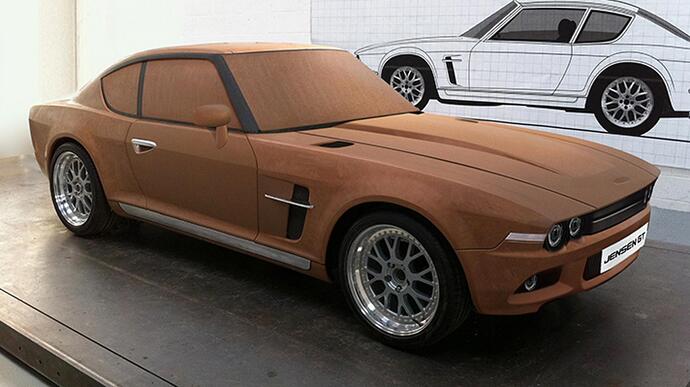 No doubt about it, 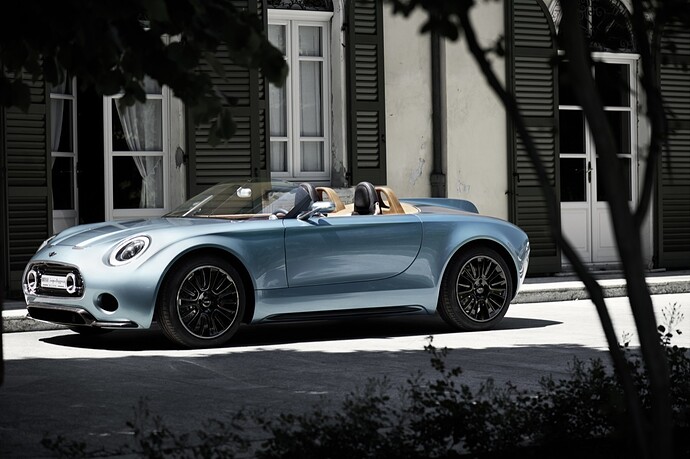 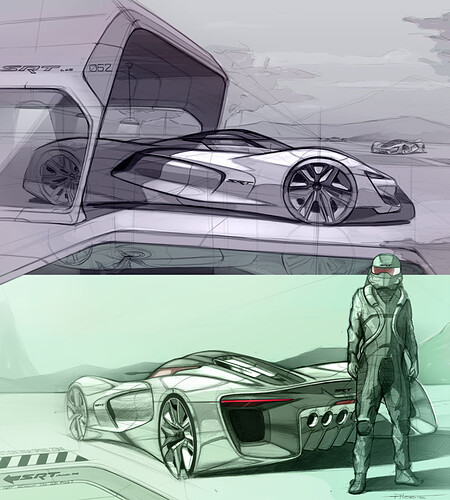 Why do I want it to come to life? Because of this, as quoted from the Top Gear article about it:

…the range-topping ‘X’ version; SRT’s very own Big Daddy Box Meal, Whopper and Big Mac all rolled into one. The V10 redlines at 14,500rpm and shoves 2,168bhp to the back, while another 422bhp of oomph from the pneumatically driven front wheels, to make 2,590bhp worth of whoopee.

Top speed? 404mph. SRT tell us if it were real, which it most definitely is not, you’d need a G-suit to protect your organs from imploding. A G-suit that gets compressed air stuffed in it whenever you hit the Tomahawk’s brakes, to ‘pressurise’ you. We think they may have misspelled ‘vaporise’.

Now that’s a car that would properly rival the shit I build, too bad it’s a future concept i.e. 20 years into the future.

But by god the HCD6 was all kinds of awful. 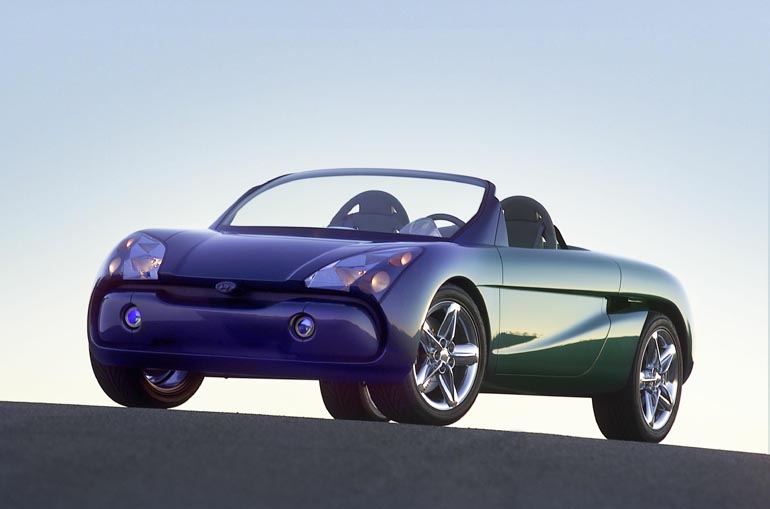 Why do I want it to come to life?

Why would anyone not want it to come to life!!! I need a car with 2500bhp that can do 400mph while simultaneously blowing up my organs, that so suits it! I have found the soundtrack for it too!

My favorite concept has to be Nissan’s 1985 CUE-X. 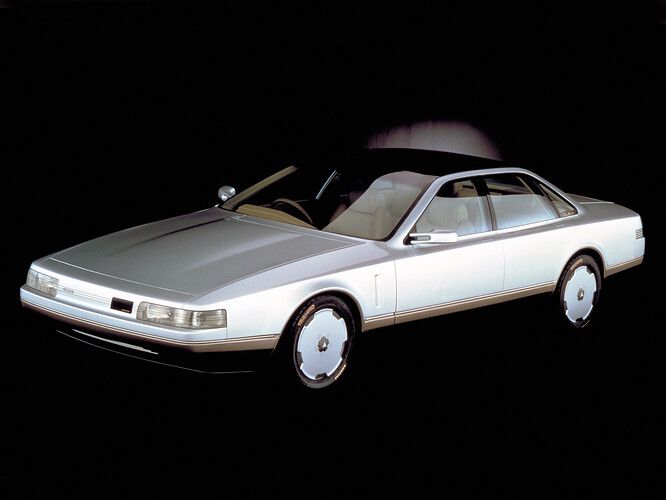 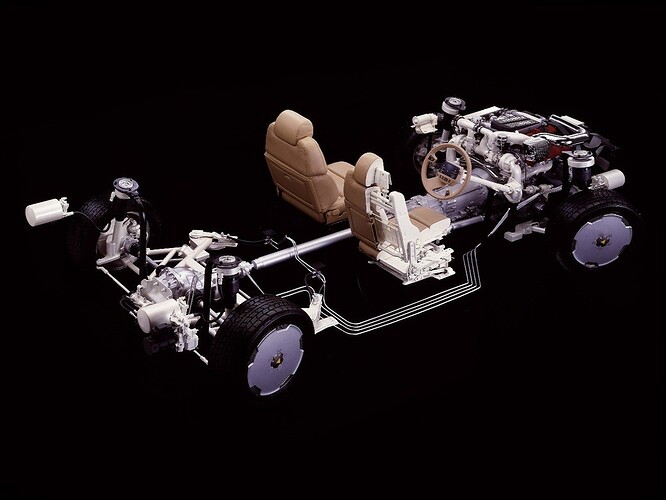 My second favorite is the 1999 Nissan 240Z Concept; even though I find it quite unattractive; 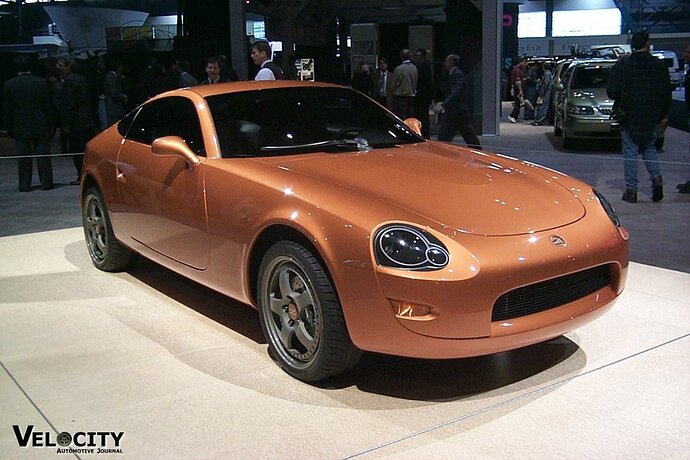 ns99zc07.jpg1024×683 128 KB
The reason I like it even though I think she’s fairly ugly is because of the car it would have been. This was a fully functional vehicle based upon Nissan’s S-Chassis, powered by my beloved KA24DE tuned to put out 200hp. That in my eyes would have been the perfect inexpensive sports car, and the car I would have bought if she had been put into production.

My third favorite is probably Nissan’s Trailer Runner concept from 1997. 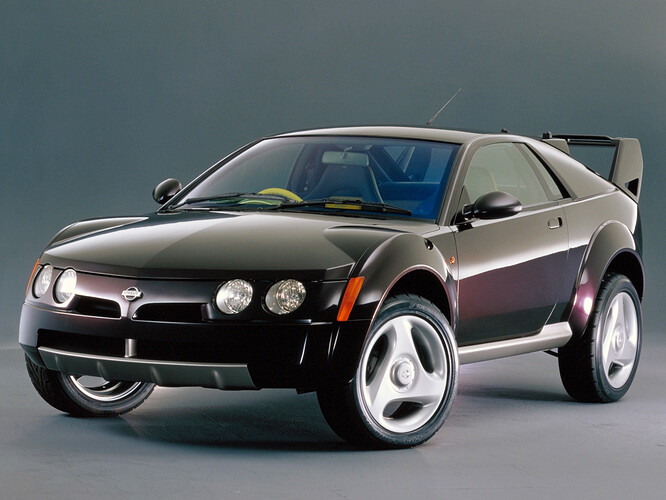 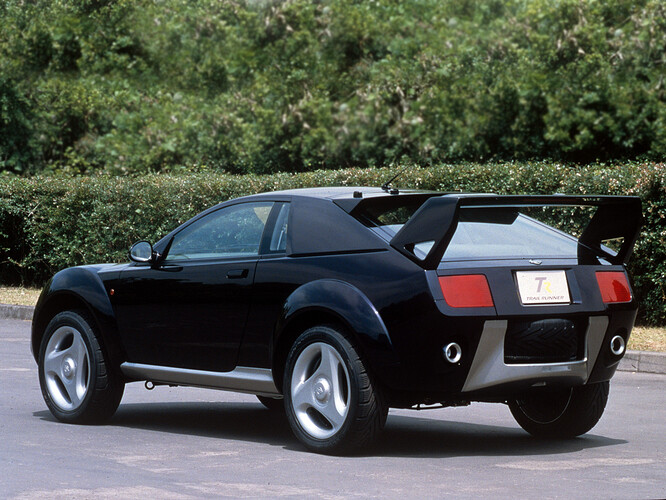 Okay… so I should probably post something that isn’t a Nissan.
Uh… how about the Zis-112?

Then there’s the I.A.D. Alien

there are two cars i’d want for 2 different reasons.
the first. 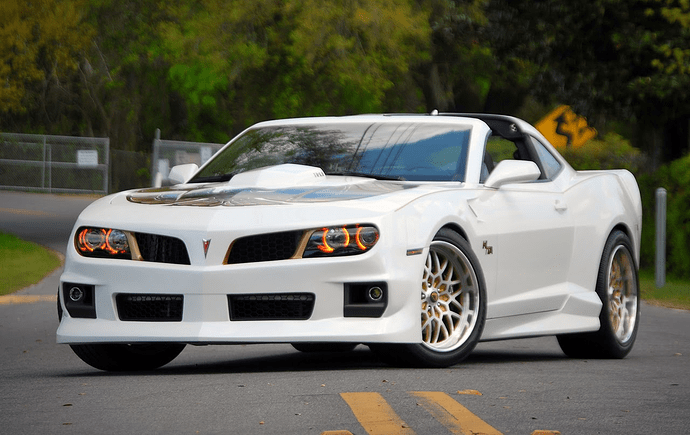 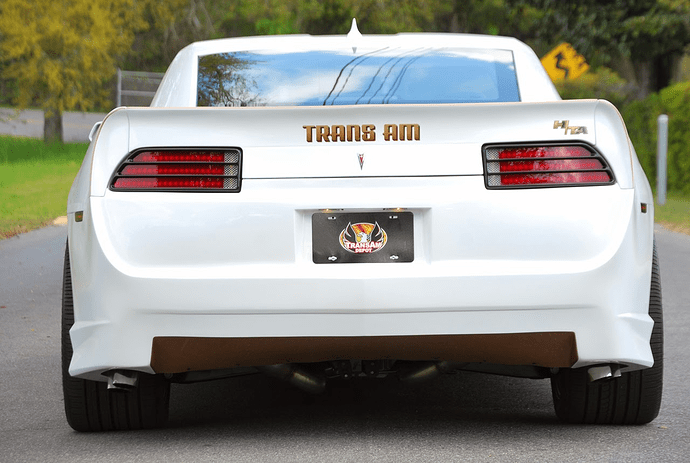 Pasted image1280×859 866 KB
2015 Pontiac Firebird Trans Am concept. gives us a glimpse into a reality that could have been but never was. not to mention, those headlights look epic. 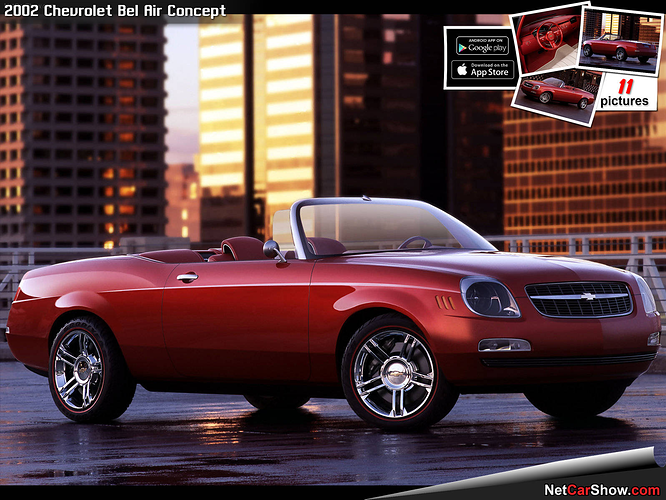 Pasted image1600×1200 1.73 MB
2002 Bel Air concept. while it is regarded as one of the least wanted concepts of all time based on looks. and i agree. so why do i want this? the engine. it is the only example of a factory turbocharged version of the Atlas L52, which if you do not know, is a 3.5 liter DOHC inline five engine. had a turbocharged version come to production, it would probably be an epic motor for tuning, plus, who doesn’t like a turbo I5?
and a little fun fact, the I5 engine was made just a town over from where i grew up and lived at the time
3 Likes
PottoGadd 13 August 2016 09:21 #18

I was going to say that I absolutely dislike all Pontiac concepts. Except for the solstice that’s kinda cool. @cpufreak101 you don’t have to care that I don’t like it, you can, but the styling is horrifying to me, the way the main line along the side suddenly arches up and sort of disharmoniously ends in a randomly high spot is

make It a convertible and give it red headlights and I’m out
The atlas I5 on the other hand is in my eyes one of the top I5s ever made, is really is great

hell hey, even the original trans am was on the same exact platform as the camaro, so no real surprise there tbh

@ramthecowy it’s okay, i usually respect opinions, and even i agree, my european friend agrees, many car guys i talk to agree, i mean the whole Atlas family, if it were more recognized, would have insane tuning potential. unfortunately, it’s underloved by its creators and the car community