Well, since my last competition, flopped, I want the community’s opinion, on what I do next. There are 3 possible challenges, and here’s an overview of what they will be like:

“His Highness Demands” will take place in the Soviet republic of Semyonovia. The manufacturers will be tasked with making different cars each round based on the (sometimes strange) demands of the ruler.

There will be 9 rounds, each consisting of 6 years, (with the last round being just one year), beginning in 1950, when the first automobiles reached Semyonovia, to 1999, when the country faces rebellion. Your vehicles might decide whether Semyonovia gets overthrown, or not.

“The Creative Challenge”, with it’s not-so-creative-name, would be an open competition, where you’d simply try to replicate a real car. Or would it be so simple? Judging criteria would go like this:

Appearance, is obviously the most important thing.
Ads, would also come into this, meaning, if you’re trying to submit a 1978 Ford Escort RS2000 replica, the ad you submit better look something like the real thing: 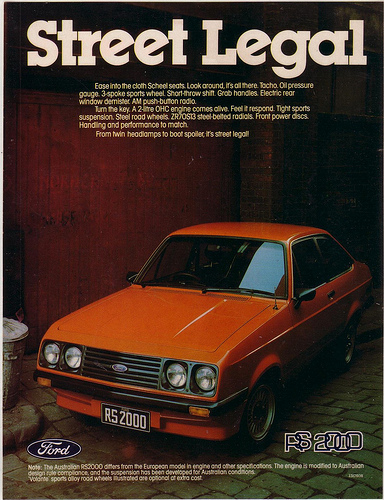 Also, what’s under the hood plays into this. Whether it’s engine dimensions, power output, or anything else, you have to be spot on to win.

Also, when it comes to a car that has it’s body as one of the bodies available in Automation, I will definitely exclude it.

It will not use BeamNG.drive.

Well, I’ve flagged it, so that’s that.

His Highness Demands has won with 17 votes! (First round should be up in the next week)

1st Hetvesian Banger Racing Tournament has come in second with 14 votes, and will be my next challenge, after His Highness Demands

The Creative Challenge comes in last with 7 votes. It will come back in a poll quite a ways down the line

Everyone, thank you for voting!

His Highness Demands is now up, (!) for comments/clarification on the rules.

His Highness Demands What is it? His Highness Demands is an ongoing (for a while) challenge, that will follow the communist monarchy, (the only one in the world), Semyonovia, through 2 different rulers, 5 decades, 3 wars, and 1 rebellion. Your goal will simply be to become the remembered Semyonovian car brand. Not a Semyonovia-based manufacturer, but one (whether German, American, British, or anything else) that is the favorite of the Semyonovian people. Semyonovia Where is it? (mostly lore…