If this is your first time participating in CSR and aren’t sure about the rules regarding CSR, follow the link to the general rules for this competition by clicking here. If you’re still unsure, please do not hesitate to ask us here!

Peter Rundhaus, nearly 18 year old student is close to graduation and currently lives with his parents, Markus and Nina Rundhaus. He already has a drivers licence after Markus forced him to get one for “the added freedom” of being able to go wherever wanted, whenever wanted. But… having a drivers licence is near useless without a car to “be free” in. That same thought process also bothered their parents with their bright blue Skoda Octavia Diesel. As a result, they decided to fund a car purchase for Peter’s 18th birthday and graduation (which, coincidentally, are like three days apart lol).

Peter enters the room with a load of groceries.

not even three seconds later, a pair of excited parents rush towards Peter.

M: Great! I’ve got some good news to tell you!
D: Remember how you got your drivers licence?
P: confused Yeah… And that imma be “free” and “independent” and stuff…
D: Good. Cuz we have decided…

Dad walks over to some drawer and pulls out a small envelope.

P: even more confused What… is that? points at envelope
D: Money. About 10000 AMU. You are gonna buy a car with this.
P: trying to NOT go nuts Wait… deep breath U sure?
M: Definitly. You deserve that freedom. We worked our asses off to save this money and you really earned it.

Peter breaks out in tears and hugs both of his parents

Peter has met up with his friend, Justus Brinkmeyer, a 23 year old mechanics enginner university student.

they talk about intended purpose and preferences for like 20 mins, then head off to start research

Meanwhile in Justus’ mind
Peter is asking for help. Again… I’m kinda sick of this. This is not friendship. This is abuse! And he does not even THANK ME for helping when i do (eventually) do it! I won’t let him do this again. And i know how. Imma fuck up his car purchase SO BAD that he’ll never ask again.
[evil laugh]

The goal for this CSR is to effectively please both worlds at once.
While it has to be good enough to convince Peter into buying it, it also has to be bad enough for Justus to accomplish his goal in fucking over Peters life with that car.

So the combo is looking for a good bad car.

Peter's Preferences (in no particular order)

Styling
Peter sees cars mostly as a mode of transport. He does appreciate a decent design, but has no direct preference in that, so he is very open to what his “friend” hands to him.

Running Costs/ Fuel Eco
This counts for both servicing and fuel economy. His projected income after graduation is not great, but should support the running costs of a car. Should.

Driveability
He is a 17 year old novice driver. Not much else to say.
He is able to operate a manual transmission and even prefers it as to not having to adapt to the PRNDL.

Comfort
Peter does not expect plush all over the place for 10 grand, but he obviously prefers not having to get out of it after an hour due to a sore back.

Reliability
Budget after purchase is tight, and unwanted repairs can easily blow said budget. So he expects it to be reliable, given the fact that he is aware that a 10k car cannot have all that much to break in the first place.

Practicality
As long as it seats 3 (him and his parents), he’s good.

Performance
Well… His learner car (the car he had to drive while in driving school) had 140-ish hp, and therefore some oomph to it. But he does not expect a hot hatch for 10k. As long as it does not actively hold up traffic, even outside of towns/ on the Autobahn, it shall suffice.

Read Peters preferences and turn them upside down, mostly.
He just wants Peter to buy the crappiest car possible. Without being directly obvious of course…

Pleas note that Justus scores cars RELATIVE to each other.

*due to differences in cost calculation for the stable and beta build, i have to use material costs as a base for price

The process of submitting a vehicle

Send me a Private Message containing your .car file, or if you cannot send PMs yet, @ me in your post reply in this thread that contains your .car file.
As usual, the same naming convention applies.

An advertisement to the car in the thread (in any way, shape, or form) is also needed for your entry to count.

to ease the strain on me as a host and to keep (relative) order in here, i am NOT ALLOWING any resubmissions once a car has been sent. The only case where resubmitting is allowed and required is, if you happen to use an open-beta body not existant in stable.

Because of severe reliability issues, i am forced to host this CSR using the stable release. Open Beta players are allowed to enter, but some bodies are not available in stable. So keep that in mind.

Good luck to everyone and (hopefully) have fun over here!

So… our client is looking for an affordable, economical first car, but his friend wants to give him a shitbox? This is something that’s never been done… and a fittingly unique set of requirements for CSR 100. 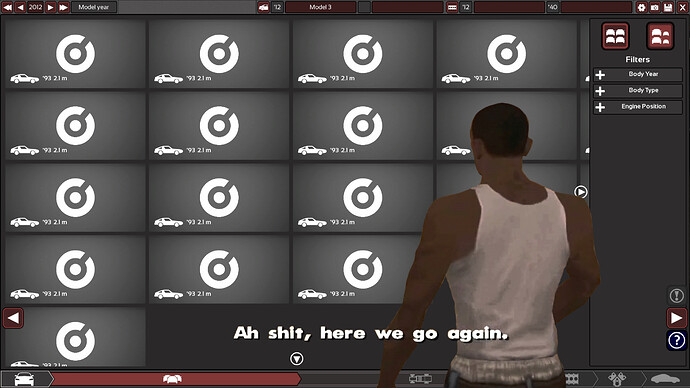 beta entrants are allowed, but due to reliability issues i am using stable

If we build something OB but the body doesn’t exist in main branch will you let us know or is it auto bin?

since this is a special (unavoidable) case, i’ll inform the entrant and allow resubmission

this info will be added to OP

So the challenge wants me to build a decent VW Golf-alike that has some awkward Engineering choices on Purpose?

As an American, I had to look this up for myself, so I thought I’d share.

sorry that i forgot.
will add that to OP

Three seats, but nothing about cargo space? Guess Peter will have to consider a 3 seater mid-engine car (a.k.a mini Mclaren F1)

Deora II, Boneshaker and Twin Mill would like to know your location 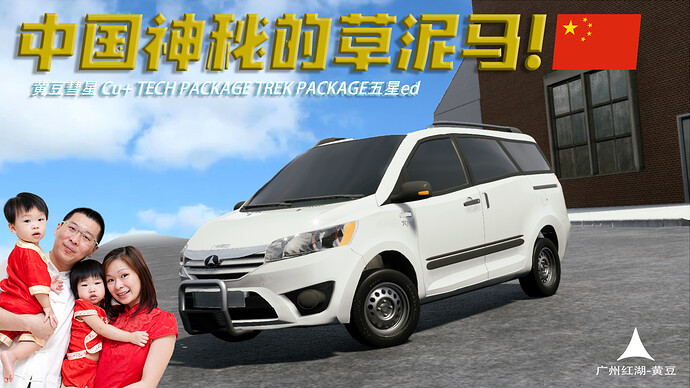 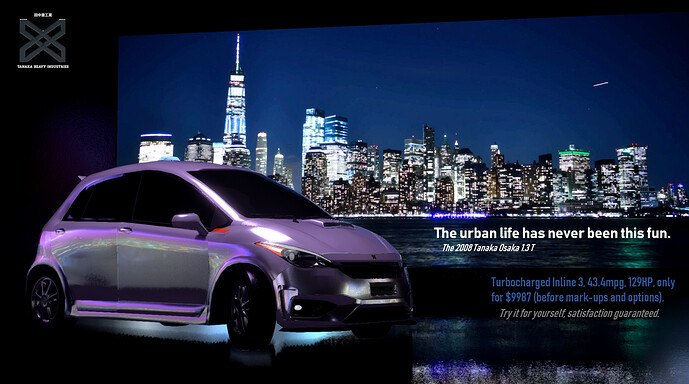 Quick question: What bodies are yet in Stable?

counter-question.
which one are u using/ trying to use? 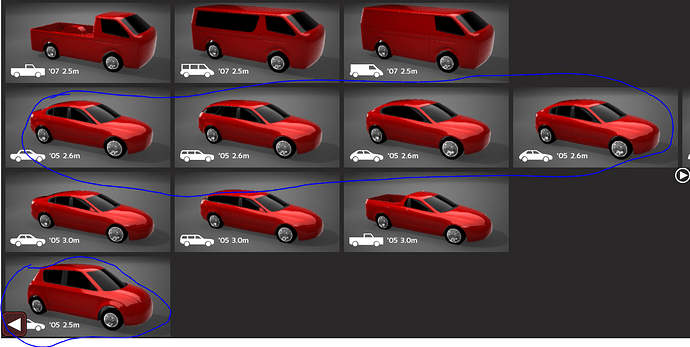 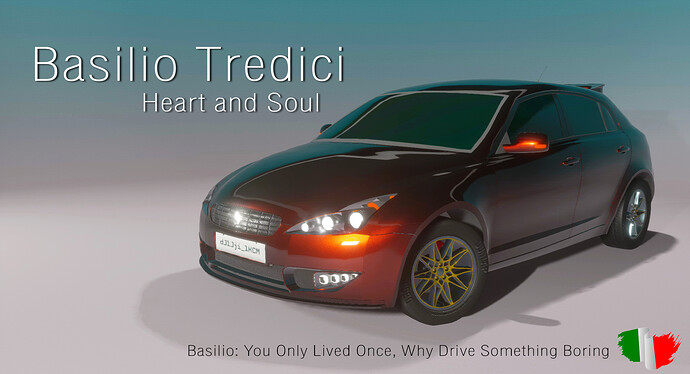