Previous round
The Car Shopping Round general guide 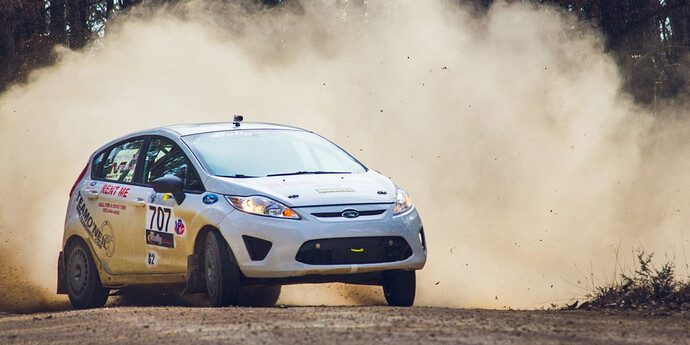 The usually-silent forest was cut short by a groaning and hissing Kinusoka Chisana Eko, as it swerved through corners of the course made of dirt, rocks, and mud. The driver, tense but smiling wider than a Cheshire cat, gripped the steering wheel to commandeer the agile car left and right, up and down, at speeds no typical person would call “safe”. The voice, sounding calm but still crystal clear through all the noise, gave out instructions on how he should approach every turn.

The car suddenly lost all steering control after a jump and barged itself face first into a fence. Nearby spectators frantically ran to the car, trying to push it out of the ditch, but the car’s front was already planted into the fence and refused to budge.

The driver, still shocked, took some time to recover his scattered courage before he could speak. “Y-yeah, I guess. What just happened?”

“I think… The steering rack is busted. I’ll call us a tow truck.”

Back at the facility’s garage, the totaled Chisana got towed in, while the driver-instructor duo swapped into another car.

One of the mechanics shook his head at the sad sight. He’s already noticed the steering problem before this fateful day.
“Well, shit, it finally happened. This is already the third Chisana that’s been trashed, and it’s only a couple years old.”

The other mechanic chimed in to his concern. “This is why you don’t buy cars at a 50% discounted price, there has to be something fishy going on.”

“What do we do, then? Tell the boss that we need replacement?”

Some hours later, one of the mechanics visited the manager’s office.

“Hey Boss, I think it’s time for a replacement for the whole Chisana fleet. They’re apparently a lot more trouble than they’re worth.”

The manager, Earl “Emu” Crocker, looked displeased with the statement.
“What are you talking about? Those cars seem perfectly fine to me.”

“They’re not. And with only two cars active, we’re starting to run short on the fleet.”

The Emu Crocker Rally School needs a new fleet of beginner cars to replace the less-than-reliable Kinusoka Chisana Eko. But, as they are a relatively new school with limited funds and spare cars to expend, Crocker only gives the team a tight budget to spend on the new cars. Thus, that car needs to be really good at doing its (potentially unintended) job so it could serve the school for a long time.

Do note that they are not looking for a pre-modified rally car, but rather a cheap, easy-to-maintain and bulletproof base car that is decent enough to be yeeted around gravel and mud.

Preferred body style - Hatchback, sedan
(coupe and wagon are still viable, but everything else may be a hard sell)

Interior - At least equipped with Basic CD
(I mean come on, what new production car has no stereo in it?)

Seating - 4 seats minimum, or 2 if there’s no second row

At least ESC required (don’t blame us, blame the government)

Manual gearbox preferred although not mandatory

Note: You will get called out when you use questionable and/or minmax design choices.

So, what is put into consideration?

Ease to drive.
The car should be easy enough to be driven by beginners (or even pros!) from a wide range of age. Would an absolute green choose an overpowered, fully-fledged AWD car around the dirt course for their first rally experience? Of course some will do, but if they hit a tree and total the car due to inexperience, that’s not going to end well for either party.

Reliability.
This is the most important part, as the car will see a lot of crashes and abuse on the dirt track. Having a good reliability will save the car more downtime spent on the workshop.

Budget.
This should go without saying, but the rally school at the end of the day is a business, and they like to save as much money where they can.

Service costs.
If the car is cheaper to repair than most, this will give it a considerable advantage over its competition.

Sportiness.
Sportiness can give your car some edge, but not by a significant amount. Heck, if the car’s well equipped the school might don’t even need to spend an extra dime for aftermarket parts!

Safety option.
While the car may be installed with a roll cage inside, other safety features such as extensively reinforced crumple zones are indispensable towards the car’s rigidity when a particularly nasty crash happens. In other words, the better the safety option, the less lawsuit paperwork–err I mean more favored the car is.

Fuel economy.
Yes, these cars aren’t used for a typical road-going scenario, but as long as the school can save extra gas money then why not, right?

Comfort.
As long as the car doesn’t feel cramped or outright break the test driver’s back pre-conversion (a.k.a. not in the single digit), it should do fine.

Design.
This won’t really be a factor. We’ve had ugly cars in the past that can surprisingly rip the dirt track very well. As long as it doesn’t scare the trainees, then you shouldn’t really have anything to worry about.

And others.
Pretty much everything else that’s not mentioned in the list is not likely going to be looked upon. This includes Off-road stat, because the school will do the off-road conversion (tires, skid plates, and suspension if necessary) themselves.

Send a PM containing your .car file to either me, @goblin95, or @Centurion_23!
You must also make an ad of your car and post it to this thread.
The naming system, now with visual guide for those new to CSR:

RESUBMISSION IS NOT ALLOWED!

We are judging your cars using the Open Beta branch.

Before submitting, please make sure that your car meets all of the requirements, especially on ET and PU. Even a 0.1 difference will warrant yourself a bin.

Most mods are allowed (except furry mods).

If you’re still confused, don’t hesitate to ask us a question!

Have fun and good luck to everyone!

This is the first CSR in a long time where the client is a fleet manager instead of an individual private buyer.

I am assuming that the instructor will give trainees the option to turn it off during training.

So, I’m guessing maybe more of an R2 type vehicle? Maybe not quite R5 or World spec, though.

Will the engine be modified by the rally school?

Are we to submit a fully road going vehicle, which the school will do final prep on?

Should we be entering a car with only 2 seats regardless of door count?

@abg7
Yes, the ESC will be turned off by the instructor, it’s only there to make the government happy

@Entergy
The engine will pretty much be left stock, maybe a performance intake and a slight retune, but no big upgrades

@Lordred
Yes, you are building the road going version, I don’t want to see fully fledged rally cars from the factory, and 2 seats is not a requirement

Remember, you are making the road going version of the car, not the modified rally version

Is there any way to know the previous power output? Because entry-level hp is around 100-140hp.
But if people here consider Gr. A to be entry level and end up submitting a +200hp car, I want to be sure I did nothing wrong.

so being the road going, isnt that need to be “more than 2 seats”? A Budget hatch car woudnt have 2 seats only, it would be at least 4

The Centauri Commune 1.7LX
This generation started production in 2005, with a mid cycle refresh in 2010 it’s still a high selling budget subcompact sedan, designed around the needs of the average commuter. 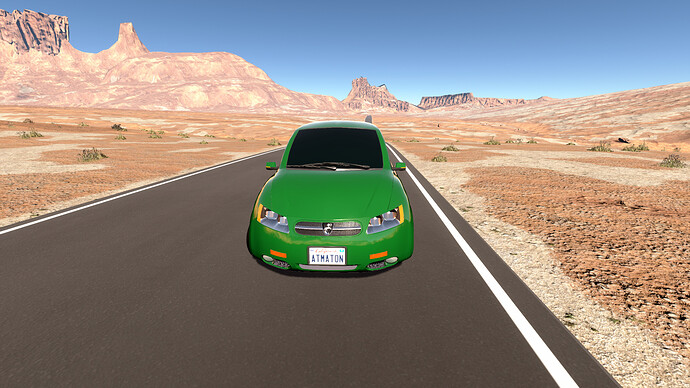 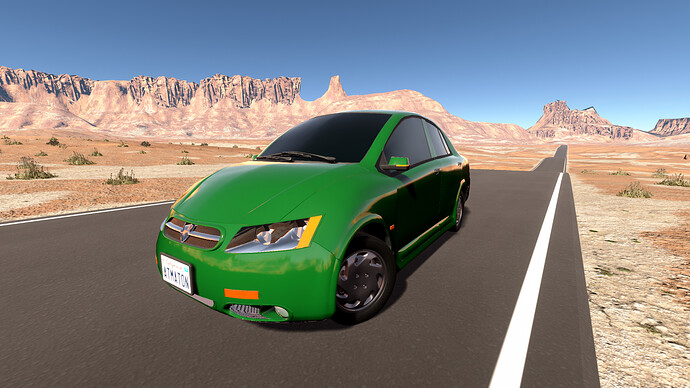 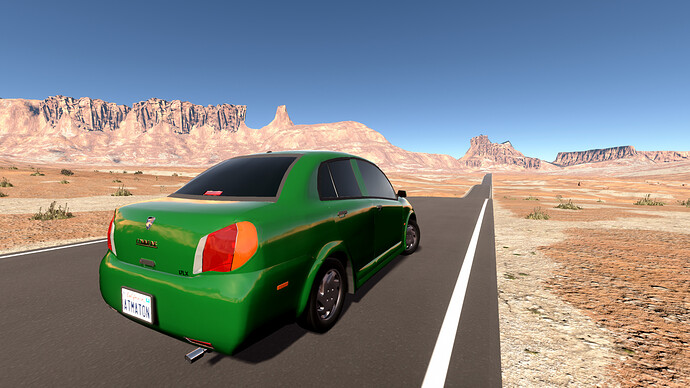 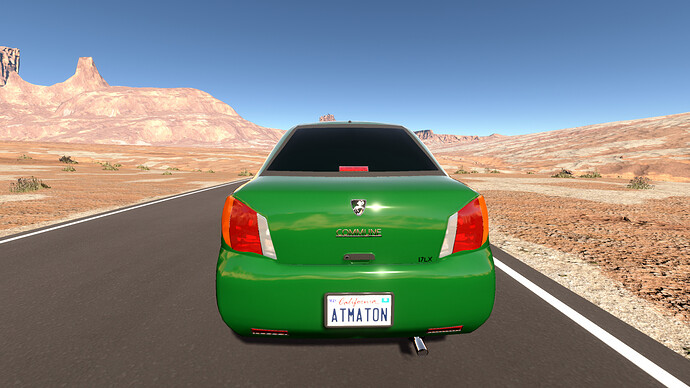 You could achieve the requirements? A fucking god

It’s essentially a mashup of a Toyota Echo and Prius, and has all the performance that comes with that comparison lol. But it’s durable, cheap, and frugal, I made a version with wider off road tires and a small low boost turbo that adds 50 more hp with nothing but fuel and timing changes and it feels fun enough for someone learning inertia drifting on dirt.

Updated the rules, let me know if you think some aspects are too stringent or vice versa.

Will be tough but possible. I will try it out tonight after work.

After some tests, Turbos seems to be really OP this round, do we have any advantage to go for NA? exept the 4 reliabity point lol.
Even the PU is lower with a turbo

How’s that? In 2012 there was usually a small turbo-charged engine available. And a slightly larger one for the more sporty version of small hatchbacks, sub-compacts and small sedans.

Not in the very budget one, exept for diesels, turbos were not so common in such budget cars. For example, 2012 was the very first year for the TCe from Renault and it was possible to buy an NA Clio. It existed but, the market wasn’t full of turbos.
And the CSR will be full of turbos, because there’s no reasons not to go for it…

I had a Fiat Bravo T-Jet in 2008 and it had a Turbo and was cheap in comparison.
Damn, this car made fun. But my ex totalled it.

But it’s not really budget. The limits are rather high and allow basically sport versions of hatchbacks (below the GTI level).

The PU and ET limits says it’s a budget car